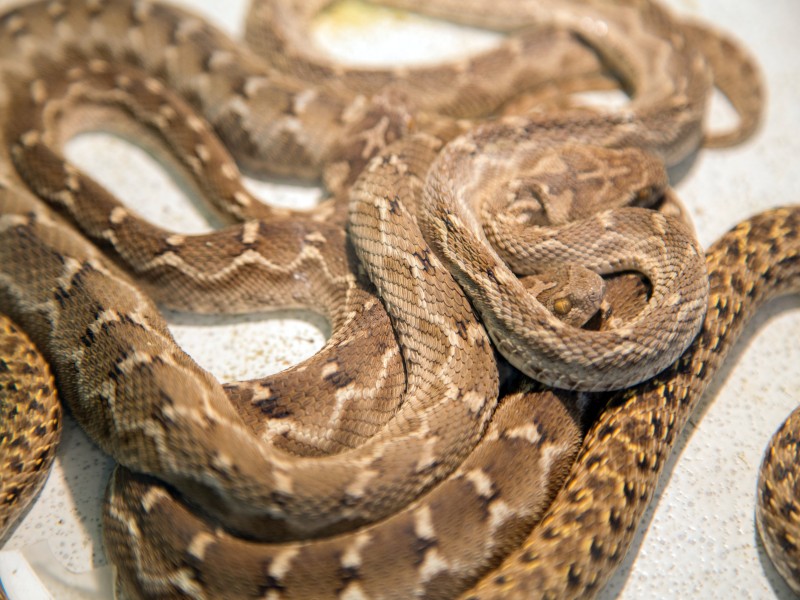 The 5 Most Dangerous Animals In Tennessee To Know About

This guide to the most dangerous animals in Tennessee runs through five of the most fear-worthy critters in the Volunteer State. It’s good pre-reading for any arachnophobes or snake-wary travelers out there wanting to hit the hills of the Great Smokies and ride the rollercoasters of Dollywood.

We’ve gone for a selection that showcases a whole medley of different types of animals. There are big, muscular mammals that can charge a human down. There are sliding serpents that have deadly venom. And there are creeping spiders that you won’t want to get near.

The good news is that the vast majority of travelers who head to Tennessee rarely come into contact with the creatures below. On top of that, the incidence of both snakebites and spider bites and bear attacks is generally rare across the territory, so there’s not all that cause to worry.

The cottonmouth is one of only a few semi-aquatic types of pit vipers known to live in the United States. It’s also known as the water moccasin and is well adapted to swimming in open H2O. It’s usually found residing close to creeks and rivers, but also like swamplands and wetlands, although tends to avoid fast-flowing streams.

Cottonmouths are spread across a relatively large portion of the Southeastern United States, all the way from the tip of the Sunshine State up to the edges of Dixie Appalachia. In Tennessee, it’s mainly found in the far western and some central portions of the state, usually west of Kentucky Lake and the Natchez Trace State Park and Forest.

These guys are actually among the largest of their whole tree of snakes. They’ll regularly grow to nearly a whole meter in length, but can sometimes even be closer to two meters. They have a viper-like head shape that’s broad and thick set, joined to a body by a narrow neck. The coloring varies from region to region, but it’s typically brownish with black stripes, or olive with tan and grey.

If you do happen to see one, our advice would be to steer well clear. Cottonmouth snakes are famously aggressive. One study showed that over 78% of individuals quickly resorted to threat displays when encountering humans. A bite comes with a venom that’s on the deadlier side of pit viper venom, too, capable of causing anaphylactic shock and cell death near the site of the bite. On the plus side, there have been no recorded deaths from these since something like 1934!

Unfortunately for any ophidiophobes heading to whiskey country, the state of Tennessee also hosts the largest of the four major rattlesnake species found in the southeast of the USA: The timber rattlesnake. These guys can easily clear 150cm in length at full adulthood but there have been examples that have gone far beyond that, too.

They certainly look like one of the most dangerous animals in Tennessee. Some individuals showcase extremely dark heads and necks, while others have striking brown and tan cross patterns. There’s a large rattler at the end of the body, which will vibrate super-quick in the run up to a bite. The head tends to be a touch smaller than other types in the genus but often pitch black and with curved scales overarching the eyes.

There’s a couple of things that makes this one seriously nasty critter. First off, they’re thought to give one of the highest doses of venom of any snake in the country. One bite is often plenty enough to kill a human. On top of that, the type of timbers found in the southern range (that’s Tennessee) have a component in their venom known as canebrake toxin, which ups the overall deadliness of the thing a few extra notches.

You don’t only get these guys in the home of Dolly Parton and the Great Smokies, though. They are very widely distributed all around the contiguous USA, from the Mexican border and the gulf coast all the way up to the fringes of New England. They’ll be more active in the warmer months and often prefer to live in wooded areas.

From slithering serpents to eight-legged crawlies, the black widow takes us deep into the world of the arachnid. This is not only one of the most dangerous spiders in the Volunteer State, though. It’s probably the most dangerous spider in the whole of the United States of America, possessing a venom that can cause extreme abdominal pains, cramping, muscle spasms, and more.

It’s the female of the species that you need to watch out for here. They are the ones with the distinct and fear-inducing looks. Keep an eye out for their fully jet-black bodies with the strike of red on the underbelly. That’s flanked by long arms that bend in three places and reach a needle-like point at the end. When fully grown, black widows usually hit around 10mm across.

But humans aren’t the only ones who should be wary of the black widow. These guys also practice sexual cannibalism. AKA – they eat their partner after mating (hence the name). They also wont hesitate to eat their own siblings or other family members if the chance arises.

The black bears of the USA aren’t quite as feared as their more infamous cousin, the grizzly. However, these guys can hardly be ignored on lists of the most dangerous animals in Tennessee, since they are relatively common across the Volunteer State and are most certainly capable of doing damage to humans if they feel so inclined.

Usually hitting nearly 100kgs in weight but capable of clocking up a mega 250kgs, Ursus americanus will certainly make their presence known. Thankfully, they don’t tend to like fighting humans and will usually steer clear of confrontation when possible. Most incidents occur in national reserve campsites when there’s food being stored nearby and proper precautions haven’t been taken. Attacks typically involve a series of charges and claw strikes, bites and crushing bear hugs.

In Tennessee, the most common habitat for American black bears is certainly the slopes of the Appalachian Mountains in the deep eastern quarter of the state. There, they roam the open forests on the hunt for berries and streams filled with freshwater fish. They don’t come out in winter since black bears hibernate between October and November each year.

The eastern copperhead is one of the most common pit viper species in North America. It has a range that takes it from the edges of the Carolinas deep into the hills of New York and even as far west as Iowa and Illinois. Oh, and yep, it’s also present in the Volunteer State. In fact, it’s found all over the Volunteer State, from the hills of Appalachia in the east all the way to the snaking Mississippi River in the west.

Known as Agkistrodon contortrixin Latin, these guys have adapted to survive in a very wide array of habitats. They can live in mixed woodlands and on rocky mountainsides, but also love semi-wet areas with a constant supply of water. During the winter, copperhead snakes will usually team up with rattlesnakes to go into a sort of half-hibernation, from which they won’t emerge until the warmer weather sets in again.

Not known to be overly aggressive, the eastern copperhead is more prone to freezing when startled. Sadly, that often means they linger longer in human company than other snakes of their genus, making a bite incident more likely to occur. Bites themselves can be extremely painful and even deadly, although the fatal venom yield from these guys is thought to be higher than most snakes, so not many deaths have been recorded.

Looks wise, you’re on the watchout for a brightly colored snake of clear brown and tan hues. They’ll grow to something in the region of 50-90cm at full tilt, and have a pointed head shape that’s wider at the back than at the top. The camo is fantastic for blending in with fall or spring undergrowth, so keep watch where you set your boots when hiking out of Pigeon Forge, folks!

Most dangerous animals in Tennessee – a conclusion

This look at the most dangerous animals in Tennessee runs through a handful of the critters that you’ll need to watch out for if you come a-looking for the fun-filled nights of Pigeon Forge and the misty hills of the Great Smokies. It’s got a good showing of venom-ready snakes, like the timber rattler (arguably the most venomous in North America) and the uber-aggressive cottonmouth (one of the most confrontational in North America). Plus, there are beefy black bears and venomous spiders to watch out for. 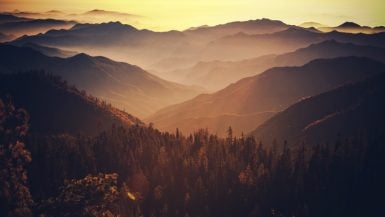 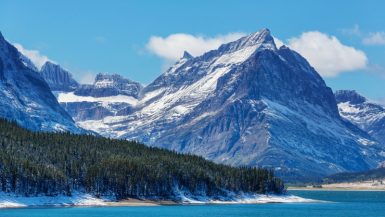 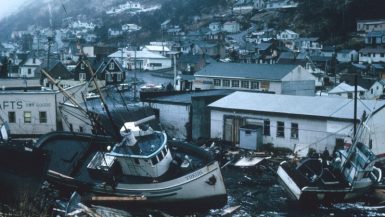