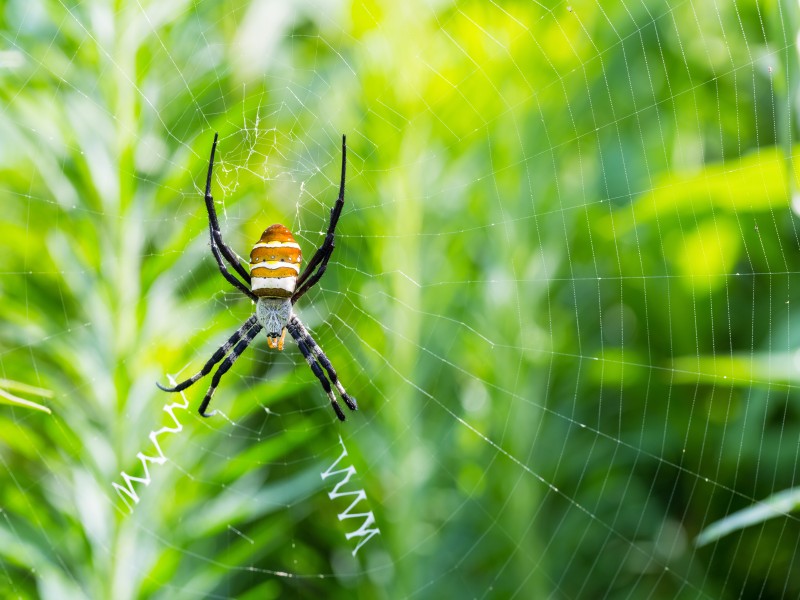 5 Amazing Spiders In Panama All Travelers Should Know

Panama boasts a seriously diverse array of spiders and creepy crawlies more generally. Then again, what did you expect? This country is plonked right in the heart of Central America, one of the most biodiverse regions on the planet. It’s home to huge swathes of primeval rainforest and incredible national parks that are positively brimming with critters.

Perhaps the most iconic spiders in Panama are the tarantulas. There are a couple of types of those, including blonde-haired beasts that live in the trees and long-legged hairy fellows that are often kept as pets. On top of that, you’ve got venomous wandering spiders and more common customers like the black widow.

This guide will cross from the Caribbean to the Pacific to offer insights into five of the most amazing spiders in Panama. It’s essential reading for any arachnophobe or budding zoologist heading towards the enthralling nation this year. Let’s dive right in, eight legs first…

The write-up of the Panama blonde on Tarantula Friendly describes the critter as a truly “gorgeous” specimen. We’re not sure the dedicated arachnophobes out there would agree. This one’s a fast-growing, large spider that can hit six inches across at full adulthood. They look every inch the formidable foe that you’d expect of the tarantula clan, coming with an oversized carapace and long, hairy legs.

In fact, it’s the hairiness of this beast that really helps it stands out. The whole of their back and legs and limbs are hirsute from top to toe. All that hair is, just as the name implies, a vibrant, almost bleach-blonde color, with some tones of orange and rust-red taking over towards the feet and along the thorax. It’s unquestionably one of the most striking types of spider found anywhere on the globe, let alone just in this corner of Central America.

Panama blonde tarantulas are famously arboreal. That means they tend to make their homes up in the trees of Panama’s rich Caribbean and Pacific rainforests. They’re very popular among keepers of pet spiders for their striking looks. In captivity, they generally require a vertical element to their enclosure and plenty of tree bark and undergrowth.

Opinions about the nature and behavioral traits of the Psalmopoeus pulcher breed vary greatly. Some experts say that they are notoriously aggressive creatures and will get defensive fast. Others remark that they’re generally timid unless handled. As with all tarantulas, these guys are venomous and also possess urticating hairs that can cause skin irritation and inflammation.

The Costa Rican orange mouth tarantula is one of the most iconic types of New World spider found in Central America. As the name hints, its main geographical range is actually to the north of Panama, in the primeval forests of lush Costa Rica. However, it’s been observed all over the region, as far north as Nicaragua and as far south as the Darien Gap on the cusp of South America.

Psalmopoeus reduncus will typically grow to something in the region of 12-15cm across. They have a classically tarantula-style body setup, with gingery hair cladding around the center, getting progressively darker and blacker as you reach towards the tip of the legs and the upper limbs. The so-called orange hairs that give them their moniker are found around the chelicerae, also known as the upper lips at the front of the spider. Sometimes, Costa Rican orange spiders can display clear chevron markings down the top of the body to boot.

These are another of the spiders in Panama that come in as a popular choice for pet keepers. They’re both visually impressive and large. That does warrant an enclosure space of some four-five times the total body size of the spider itself, with at least some vertical element to imitate the forest habitats that they prefer back in the tropics. You’ll also need to keep the humidity in the region of 80%. AKA – it’s a demanding pet!

However, Costa Rican orange mouths aren’t to be kept by beginner zoologists. They are known to be fast, very aggressive, and extremely defensive animals. Thankfully, they don’t have the feared urticating hairs of some spiders in their genus, but they can bite and are venomous.

The rather strange and UFO-like spiny-backed orb-weaver isn’t unique to Panama in the Americas. In fact, it’s one of the most widely distributed types of spider today. You’ll find it in the USA and all across North America, on the islands of the Caribbean, and in South America, not to mention in every single country in Central America, Panama itself included, of course.

It’s the female of the orb-weaver species that really catches the eye. Measuring up to 13mm across at full growth and just a touch less than that in length, they’re topped by a curious carapace that shimmers a brilliant white. On top of that are red protrusions that look like devil horns poking out from the sides, along with jet-black indentations. Some say it’s pure alien in appearance but the truth is that the unique looks are there to fend off predators and attract mates.

Tropical and sub-tropical jungles and rainforests are the overall favored habitat of these off-beat critters. That’s why they simply adore Panama, where great swathes of just that sort of backcountry is now protected by reserves, in both the Caribbean and Pacific halves of the nation. If you do happen to find an orb-weaver then the chances are you’ll find quite a lot of them, too – they’re known to live in colonies of some hundreds of thousands of individuals.

The genus of spider called Acanthoctenus is otherwise known as the wandering spider. Now, anyone who knows anything about arachnids will tell you that ain’t good news. Mhmm…wandering spiders contain the much-feared Brazilian wandering spider, which are highly venomous and usually named among the most dangerous types of spiders on the whole planet, with the capability of causing extreme symptoms and even death in humans.

But don’t go cancelling your trip to the shimmering beaches of Panama just yet. There’s only a single type of Acanthoctenus spider currently known to reside in this part of Central America. It’s called the Acanthoctenus chickeringi and it’s only really been observed in parts of the uber-remote Soberania National Park and the Monkey Islands along the Panama Canal. On top of that, these spiders are hardly known to scientists, but most are pretty sure that only a few of them possess serious venom, so there’s a good chance that it’s not even that formidable anyhow.

Those are the facts. What about the looks? Well…there’s nothing that we can’t really help you with there, we’re afraid. Acanthoctenus are monstrous specimens. They can hit more than half an inch long and come with elongated legs that look more like whittled pieces of wood. You can tell them apart from Panama’s other large spider species – namely, the tarantulas out there – by the cleft marking that runs straight down the back.

Yep, the much-maligned black widow is present in Panama. But then that’s to be expected – this uber-common type of spider is found all over the Americas and beyond. In fact, it’s among the most geographically successful spiders out there today, with sub-species recognized in New Zealand, in Southeast Asia, Spain, Colombia, Sri Lanka – the list goes on and on and on.

Most are roughly similar in appearance. As the name implies, they are jet black all over. However, there’s one telltale sign that you’re dealing with a black widow and not your average house spider: The blood-red dots or markings that score across the underside of the thorax. They should stand as a warning sign, because…

The black widow is one of the planet’s most prolific venomous spiders. The good news is that bites are rarely deadly to humans. The bad news is that they aren’t all that nice at all. Symptoms can include muscle spasms, swelling, uncontrolled blood pressure swings, cramps, tiredness, and more. Some people report feeling awful for up to a week after receiving a bite from a black widow, too. Talk about ruining a holiday, eh?

A guide to the spiders in Panama – our conclusion

The sheer array of spiders in Panama is likely to be enough to impress even the most seasoned of animal lovers. The lush tropical rainforests that cover the country from end to end provide ample space for some of the world’s most incredible – and largest – types of arachnid. Just as this guide shows, that array includes beefy tarantulas that can spit hairs and amazing web-spinning spiders that have red horns on top. Some are dangerous to humans because of bites and whatnot, so be sure to keep your distance if you do happen upon one in the jungles! 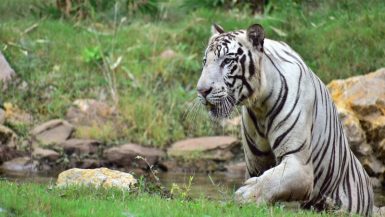 Dangerous Animals in Panama: 7 Species to Look Out For