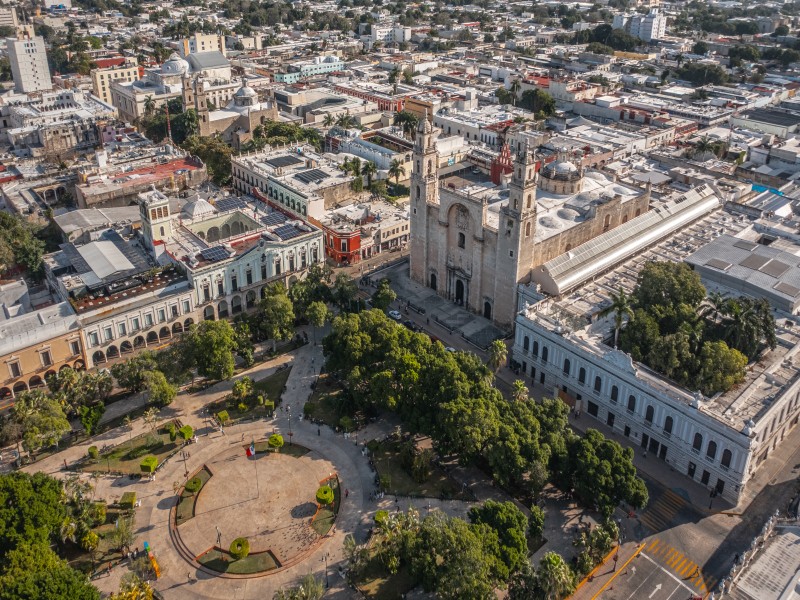 Is Merida Worth Visiting? 7 Reasons We Say It’s A Must!

Is Merida worth visiting? If you’re asking that, then we can only discern that this historic town in the heart of the Yucatan has taken your fancy. And quite right, too. It’s got an undisputed allure and oodles going for it, just as this guide will reveal.

Sat in the midst of the Yucatan Peninsula, with rolling jungles hemming it in on all sides and cenotes carving through the ground on the doorstep, Merida is a grand town that was founded way back when by the wandering Spanish conquistadors. It has a long and enthralling history, plus stacks of handsome architecture to match.

Today, Merida has also developed into something of a transport hub for the whole of the region. It’s seen as a fine alternative to the party mecca of Cancun and the beaches of the Riviera, touting fantastic cultural draws, a top food scene, and plenty more. So, without further ado: Is Merida worth visiting?

Because it’s easy to get to

Merida is now a bit of a transport hub for the whole of the Yucatan. The upshot there is that travelers looking to head over and get lost in its Baroque palaces and taquerias should find it a cinch to arrive. There are three main options: By air or by road, or by a combo of the two.

The local Manual Conscencio Rejon International Airport is the nearest. It’s a growing hub that has connections to a range of cities throughout Mexico, including the capital in Mexico City itself (on the national airline Aeroméxico). There are also a few links to US towns, like Houston and Miami. You can also jet into the relatively nearby Cancun International Airport if you like. That’s the second-biggest in the whole country. A transfer over will take about four hours in all.

Merida gets bus arrivals from right across the nation. A trio of terminals host services coming in from different directions. For example, the Terminal de Autobuses 2a Classe receives the links from the beaches to the west (Cancun and Tulum included), while the Grupo ADO is mainly for long-distance buses that come all the way over from Oaxaca and Chiapas.

For the historic core

The absolute standout attraction of Merida is its charming historic core. Dating back nearly 500 years in all, this corner of the city sports some seriously handsome buildings. You’ll want to start on the vast Plaza Grande. That’s a symphony of Baroque and colonial-era architecture, what with the mighty Merida Cathedral looming on one side and the Palace of the Governor on the other.

Side streets branch out from that – cobbled and tree-lined the whole way, of course – past montages of turquoise and daffodil-hued buildings that fuse the Spanish and the Caribbean with their bold frontages and wrought-iron balconies. You can walk as far as the Parque de Santa Lucía to the north simply lost in the vibes of it all.

What’s great about the old center of Merida is that it remains indelibly lived in. Yes, you have the venerable palazzos and whatnot, but this part of town is also the best for dining in the evening, drinking cold cervezas under the shade of a palm, and sipping coffees in quirky cafes.

The towns on the Riviera Maya and big, sprawling Cancun resort aren’t the best for the out-and-out foodies. They’ve got some great places, but real Yucatan cooking is diluted by the presence of international chains serving everything from all-American steaks to European fine dining. Not so in Merida…

The gastronomy of this city is raw and authentic southeastern Mexican. That heralds a smorgasbord of dishes that you simply HAVE to sample, including the regional delicacy of cochinita pibil (a suckling pig in achiote paste) and the papadzules (egg enchiladas in spicy tomato sauce).

There are plenty of truly awesome spots to dine, too. Check out the covered Mercado Lucas de Galvez, where ripe fruits and veg are stacked alongside taquerias. There’s also Manjar Blanco on Calle 47, a super-highly-rated Yucatan staple. And there’s Kuuk Merida for those after something a bit more refined.

For the El Paseo Montejo

If there’s any part of town that can rival the great historic Centro part of Merida (see above), it’s the Paseo Montejo. This 1.5-kilometer-long boulevard scores its way right through the heart of the northern districts. It’s grand from tip to toe, like the Yucatan’s answer to Paris’s Champs-Élysées, if you will.

There’s some spectacular building work to wonder at as you dodge the plane trees and palms that sprout from the sidewalks of the Paseo Montejo. Much of it was raised by the henequén barons that got rich here in the 19th century. The Montejo 495 is a prime example. Now a museum, it showcases opulent hallways and kitchen areas from decades gone by.

More than anything, this long Paseo is about enjoying the vibes. Bakeries and taco stands and tamale cooks cluster beneath the trees here and there. There are oodles of cafes and bars to get stuck into. Oh, and it’s a people watching haven to boot.

For the Riviera Maya

We know, we know, it takes almost four hours to make the hop from Merida to the famous shores of the Riviera Maya down Quintana Roo. But it’s a really well-traveled route with loads of cheap buses on offer, so it’s not that hard. Plus, the sands there are among the most famous on the planet. We can think of a perfect combo: A vacation that’s half culture and food in Merida, half lazing by the Caribbean on the coast.

There are quite a few different beach towns to pick from to the east of Merida. The closest of all is probably the bustling digital nomad hub of Playa Carmen. That’s the liveliest on the Riviera Maya, with a bumping nightlife scene and boho breakfast bars on its long playa.

Beyond that, you could pick out the relaxed fishing town of Puerto Morelos (one of our all-time favorite spots for R&R) or the reef-ringed Isla Cozumel (a scuba mecca that’s accessed by boat from the riviera itself).

For the history sites that are nearby

There’s no getting around the fact that Merida is just as well placed as neighboring Cancun for visits to the Yucatan’s most incredible historical wonder. Cue Chichen Itza. They call this the lost city of the Maya and it’s enough to rival the likes of Machu Picchu over in Peru. We’d recommend a planned day trip there, because a good tour guide can really help illuminate the history behind sites like the El Castillo temple and the Great Ball Court.

But also don’t go thinking that Chichen Itza is the end of the historic wonders. We can also recommend visiting:

Being plonked in the midst of the wild Yucatan jungles isn’t just great for folks looking to see the ruins of the old Maya civilization. It’s also perfect for nature lovers and explorers who want to break away from the urban streets.

The vast Reserva Estatal Geohidrológica Anillo de Cenotes sits immediately to the southeast of the town, for example. It’s famed – just as the name implies – for its water-filled sinkholes, known here as cenotes. We especially love the Cenote Noh-Mozon, a deep underwater cave system with cobalt pools, and the Kankirixche Cenote, which has massive stalactites dangling overhead.

To the northwest, the jungles push on to offer more accessible cenotes, but eventually spill into the Reserva Estatal El Palmar. That’s something else altogether – think flamingo-stalked wetlands, croc-infested swamps, and pristine dashes of mangrove thickets that edge into the Caribbean Sea.

Is Merida worth visiting – our conclusion

Is Merida worth visiting in 2022? Travel publisher maestros Lonely Planet seem to think so. They named the city among their top destinations for the whole year. We’d have to agree, too – there’s something incredible about this town in the heart of the Yucatan. It’s got a gorgeous colonial-era core backed up by proximity to historic sites like Chichen Itza. There are beaches not too far away, plus plenty of tasty food to get through. We think most travelers will love it! 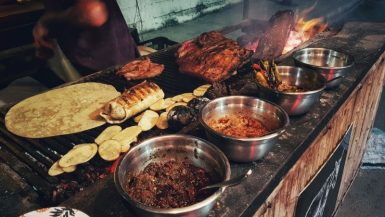 9 Things to Do in Tulum at Night 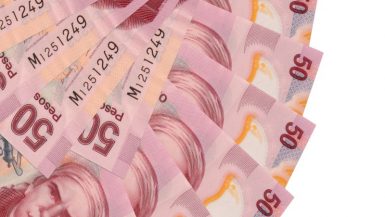 Is Tulum Expensive? 2023 Money Guide to the Mayan Town 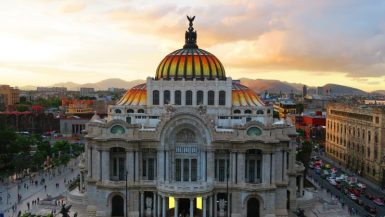 Tulum or Akumal? Which Spot on the Riviera Maya To Visit