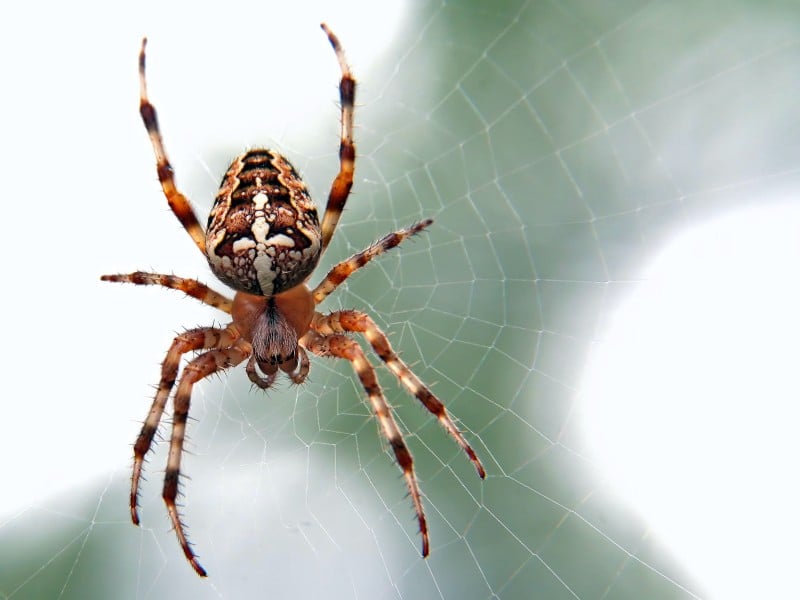 The 9 Most Feared & Venomous Spiders In Jamaica

Reggae vibes and golden dusted beaches, nowhere does the island life better than Jamaica. This small Caribbean gem offers delights such as the BBQ jerk flavor and world-class coffee, alongside the natural beauty of this tropical paradise. There are 1488 endemic species in Jamaica; from birds and mammals to snakes and commonly encountered spiders in Jamaica.

Jamaica is not often described as a dangerous place even though there are some frightening animals that you may encounter. Every tourist gracing the sandy shores and turquoise waters of this paradise should know what creepy crawlies lurk in the shadows.

Yes, there are several spiders in Jamaica, over 180 species in fact. Some are dangerous and can give a nasty bite, however, most of these eight-legged creatures do their best to avoid humans and keep themselves to themselves. Do you want to know more about these Jamaican arachnids? Here are the nine most commonly seen spiders in Jamaica.

Also known as the violin spider, brown recluse spiders are the most dangerous spiders in Jamaica. They have been given this safe-sounding nickname due to the coloring on the brown body. The violin shape does vary greatly from each individual, so other key features are also used for identification, such as:

This dangerous spider can be found in quiet and typically undisturbed places across Jamaica. So be cautious if you are clearing out the attic or garage, moving dusty boxes from dark places, or shifting rock piles. You may just uncover a residing brown recluse spider.

Brown recluse spiders pack a powerful bite. The venom is 15 times more toxic than a cobra, containing a hemotoxic venom can that can cause large painful wounds and potentially even death if left untreated. In fact, this spider was responsible for a bride’s near-death experience while on her Jamaican honeymoon in 2017.

Jamaica has three variations of widow spiders: the black widow, the brown widow, and the red widow. All three are venomous spiders and some of the most dangerous animals in Jamaica.

One of the world’s most venomous spider species, the black widow spider is the most iconic and feared arachnid. These spiders are easily recognizable with the red hourglass on the back of the black shiny body; the size ranges from 3mm to 10mm. Black widows can be found in rock piles and dark crevices.

As the name suggests, these spiders are brownish in color and they have an orange hourglass on the underside. Brown widows pack a powerful neurotoxic venom that can cause death; 15 minutes after a bite, the victim will experience muscular pain throughout the body. This is then followed by muscle cramps, breathing difficulties, anxiety and disorientation, headaches, and seizures.

The last of the widow spiders in Jamaica, the red widow spider is extremely similar to the black widow species. The venom is of similar potency and has the same side effects. They are more of a reddish-brown and have a triangular hour-glass on the abdomen.

Red widow spiders will only bite humans if they feel threatened or are protecting the nest. This is the largest of the widow spiders, females typically measure between 1.5 – 2 inches across the body.

Females can grow up to 80mm in body length. The males are tiny in comparison, generally only reaching 0.5mm in body length. Typically, the banana spider stays outdoors, so you don’t need to worry about checking your Jamaican hotel room for these guys.

Banana spiders are poisonous and have peculiar side effects on humans if bitten. The venom attacks the nervous system causing salivation, irregular heartbeat, and prolonged painful erections in men.

Yellow sac spiders are poisonous and you could get bitten if this spider gets caught up in your clothes. This spider’s venom is cytotoxic which destroys and damages cell function throughout the body. While this venom can be painful, its effects on humans are not severe and will not lead to death.

They can be found in grass, on leaves, and under stones, but they do prefer to be indoors. So watch out for the silken tubes spun by these spiders in wardrobes and room corners. Sizes range from 0.12 inches to 0.6 inches.

Variations of the yellow sac spider can be found across the globe. Typically, these spiders are a pale yellow color.

Wolf spiders are found across the world, including the paradise island of Jamaica and even the Arctic Circle! They are named after the fierce canine due to their hunting, prey stalking, and pouncing characteristics. Typically these spiders are fairly small, not exceeding an inch, and are dark brown with body hair.

These spiders can be found in an assortment of places including both outdoor and indoor spaces, generally under rock piles and leaf litter.

Wolf spiders are venomous, however, the venom is not dangerous to humans (unless you are specifically allergic). If you are bitten, you can expect mild pain, swelling, or itchiness around the bite that shouldn’t last long.

The black house spider is your classic looking spider – about 1 cm in length, thick dark brown legs, a solid charcoal-grey body, and some feature white indistinct markings on the abdomen. These spiders can be found in an assortment of places across Jamaica:

Interestingly, the females do not leave the nest and eggs until the young have hatched. The spiderlings then leave the nest. The female spiders remain and repair the same web over and over, resulting in some appearing grey and wooly from constant silk addition.

Black house spiders are poisonous but there have not been any reports of fatalities. The biggest risk would be if the bite wound gets infected.

Daddy long legs are the most common arachnid in Jamaica. They are also the most venomous, however, due to our size in comparison to the 7-9mm spider, they pose no threat to us and cannot bite humans.

These spiders are often seen in houses and garages. They spin loose webs in sheltered spaces. Besides the annoyance of the web, these spiders are harmless. Daddy long legs feed on other insects and are actually a gardener’s blessing.

Funnel web spiders are feared across the world, and for good reason too. These are one of the most deadly and poisonous spiders in the world. If a bite is left untreated with an antidote, then death is a strong possibility.

These are large, bulky spiders often growing over 35mm in body size. They have a glossy black head with a dark brown, almost purple, abdomen. The legs also have extremely fine hairs.

Its main diet typically consists of insects, although items as large as frogs and lizards are also on the menu. Funnel web spiders will bite humans if provoked, disturbed, or if they feel threatened. Best to keep your hands to yourself if you come across a funnel web spider in Jamaica!

Last but not least, we have the largest spider found in Jamaica – the huntsman spider. Some individuals reach a whopping 160mm in leg span. However, despite the scarily large size of these spiders, they are generally inoffensive to humans and stay out of the way. That being said, huntsman spiders are poisonous, though their bite is not fatal to humans.

Huntsman spiders eat a variety of insects, arthropods, small lizards, and frogs. The prey is not captured in a web like most spiders but is actively stalked and run-down with stealth and speed. These spiders are found Jamaica-wide and are usually on tree trunks, under banks, beneath stones, or on the walls of houses.

Identifying a huntsman is fairly straight forward. The body is large and the two back pairs of legs are shorter than the ones at the front. The legs fan out sideways enabling them to walk forwards and sideways often giving them a crab-like appearance, giving them a local nickname of the “crab spider”. Colors vary between brown, black, and grey.

Are there poisonous spiders in Jamaica?

Jamaica does have poisonous spiders hiding in the shadows, along with many other non-poisonous species. This paradise island is home to three variations of widow spiders as well as the funnel web spider. It is best to avoid bites from all spiders in Jamaica with these species in particular.

Are spiders common in Jamaica?

Jamaica is a tropical island where spiders thrive. It is common to see spiders throughout Jamaica, especially in any outdoor setting. While spider sightings are common, spider bites are not so common as they tend to be scared of humans and do their best to avoid contact.

What is the largest spider in Jamaica?

The huntsman spider is the largest type found in Jamaica. These arachnids are often feared due to their alarming size, however, they are not considered as dangerous as other spider species in Jamaica. Huntsman spiders can grow up to 160 mm in leg span and have the unique feature of being able to move sideways, giving them the nickname of ‘Crab Spider’ in Jamaica.