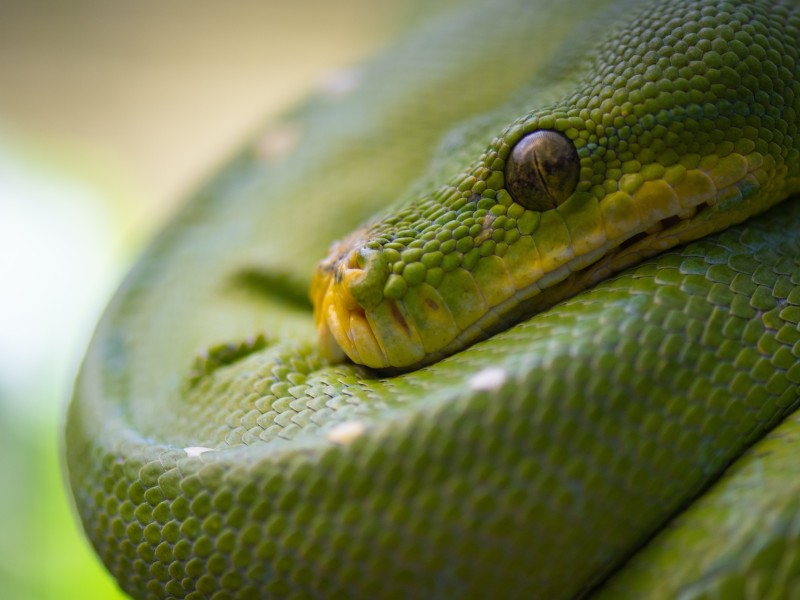 7 Non-Venomous And Venomous Snakes In Canada To Know About

No matter if you’re jetting into Toronto to scale the CN Tower or whizzing over to the ski fields of British Colombia, this guide to the safe and venomous snakes in Canada makes for some intriguing reading before touchdown. It’s a 101 for ophidiophobes and herpetologists with their wanderlust stoked for the home of maple syrup and hockey…

Yep, here we’ll run through seven key snake species found north of the Canada-USA border. It touches on just a few of the 24 non-venomous serpents and venomous snakes in Canada, revealing the critters you should steer clear of and others that pose little to no threat to humans.

It’s a strange mix. You’ve got those formidable North American rattlers and their potent poison sacs. But you’ve also got uber-rare serpents that can now only be found in select corners of select Canadian provinces. Let’s get started.

The western rattlesnake is also known as the Pacific rattlesnake on account of the fact that it’s territorial spread ranges roughly the whole length of the US West Coast. It’s also found just over the border in the Baja California Sur of northern Mexico, and even spreads into Canada, though snake-wary visitors to the home of maple syrup will be glad to hear that it’s only really present in select parts of the British Columbian mountains.

A member of the pit-viper branch of snakes, these guys usually grow to something in the region of one meter but can sometimes push above 1.5 meters from snout to tail. They’re distinctive for their bronze, brown, and tan patterning, which really helps them to blend into the undergrowth of the low-lying ridges of the Rocky Mountains and the Great Plains beyond.

As is the case with most all rattlesnakes in North America, a bite from a western rattlesnake is seriously bad news. They are considered highly venomous and can cause death in humans, though fatalities in Canada are notably rare. Symptoms of envenomation by the cocktail of myotoxins and neurotoxins include nausea and eventual respiratory paralysis.

The second of the venomous snakes in Canada to top this list of serpents to be aware of before you touch down in this alluring corner of North America is the prairie rattlesnake. Just as the name implies, these guys are much more common in the rolling flat lands that lie over the great jagged Rocky Mountains and coast ranges. As such, they can only be found in two Canadian states: Alberta and Saskatchewan.

Generally a touch smaller than other rattlesnake species on the continent, they typically get to about a meter in length. Color schemes vary a lot depending on the region, but in Canada they are usually a mix of light browns, beiges, and off greys. The most discerning feature is surely the shape of the head, though, which is quintessentially viper-like with its diamond outline and protruding eyes.

If they happen to feel threatened by your presence, then you’re likely to hear them before you see them. That’s thanks to the iconic tail shake warning that lets out a rattling sound. It’s the preamble to an attack, which can see the snake use over half its available poison in a single bite. Said poison can lead to tissue destruction and prevent the proper coagulation of the blood. All victims should seek medical attention immediately.

All beware the massasauga, the last of the venomous snakes in Canada that you really need to watch out for. There’s good news and bad news here. The good news is that these rattlers only inhabit a small corner of southern Ontario state. The bad news is that they’re highly venomous and bites can be fatal to humans if left untreated. Let’s dig a little deeper…

Rattlesnake country in Ontario is outlined by the shores of the Great Lakes. Massasaugas live all along the idyllic sides of Georgian Bay on Lake Huron, across the beaches of Lake Ontario closer to the Toronto metro area, plus amid the winelands of Lake Erie. The upshot? They are often in contact with humans, and bites regularly occur when hikers or beach goers put a foot in the wrong place.

One of the shortest of all the North American rattlesnakes, massasaugas tend to grow to no more than 70cm in length. They’re marked out by their dark coloring, which is usually heavily patterned with diamond-like camo from the end of the head to the tip of the tail. These guys are very versatile survivalists capable of living in a whole range of habitats, from swamplands to deserts.

The desert nightsnake is the reason that scientists continue to debate whether there are three or four venomous snakes in Canada. For one, these guys are pretty darn rare. So rare, in fact, that you can only find them in compact Okanagan Country, which encompasses a single valley right on the US-Canada border of BC. On top of that, they are hardly venomous at all, possessing only enough power to kill and incapacitate small prey.

The thing is, you might well want to venture to where they live. See, the Okanagan Country is downright stunning. It’s a place of lush wineries and gurgling rivers that flow under the serrated tops of the Monashee Mountains. There’s hiking, there’s fantastic farm-to-table gastronomy, there are glimmering alpine lakes.

If you do go then pay particular attention at night, because – as the name implies – these critters are largely nocturnal. You’re looking for a smallish snake that’s no more than 30-50cm at full growth and rather dull in appearance – thin, monochrome brownish the whole way along, and with a head that’s no wider than the body.

Although the gray rat snake isn’t among the venomous snakes in Canada, it is one of the creatures that we think you’ll want to know about before jetting in. The reason? It’s officially the country’s largest snake. They can beef up to a whopping six foot at full adulthood, though there have been specimens that push 8.5 foot!

Only present in two corners of Canada, these large Reptilia are native to the wooded areas around Lake Erie and the dashes of Eastern deciduous forest that fringe Lake Ontario. They usually have heavily patterned bodies, though young snakes in the northern part of the range (that’s Canada) start without any markings at all, usually appearing completely black the whole way from teeth to tail.

They aren’t venomous but they aren’t totally harmless to humans, either. Gray rat snakes might bite when startled, causing some local tissue damage, though disinfectant and a bandage wrap is usually all that’s required. Like the more fearsome rattlesnakes before them, these critters also make use of a tail rattle to warn would-be victims away – AKA keep your ears open when hiking!

Prepare to be amazed by the Coluber constrictor foxii. This highly unique snake species is only found in very select areas of North America. In Canada, that’s limited to solely Pelee Island of Lake Erie, which sits only a stone’s throw from the US border. More than that, it’s only found on one half of that island and was last seen in the early 1980s. Most of its territory is over in the stars and stripes, where it’s known to live in Midwestern states along the Great Lakes corridor.

A non-venomous colubrid snake, these guys can instantly be spotted because of their zingy blue color scheme. Seriously, it’s like they’ve slid through a bucket of cobalt paint! The facial areas are usually a distinct blackish color, while the underbelly remains the same dull brown that the snakes display during their juvenile years.

The blue racer snake is officially listed as endangered in Canada. It’s thought that there’s probably only a handful of them still alive in the home of maple syrup. They often steer clear of human habitation and feed on small insects like crickets but also other, smaller snakes and reptiles.

Snakes don’t just live in the prairies, the Great Plains, and the wooded lowlands of the Canadian coast ranges, you know? They also reside in the water. Cue Nerodia sipedon. It’s the most common (just as the name implies) water snake in the whole of Canada, with a range that extends from the lakes of southern Ontario to the waters of Quebec further up the St Lawrence River.

Usually spotted basking in the warmth on lakeside rocks and boulders, these snakes will enter the H2O when it’s time to hunt. During darker hours, they seek out surface insects and smaller water fish. When it’s light, it typically hides away in creek-side rocks and bushes to avoid being preyed upon by opossums and snapping turtles.

Common water snakes don’t have any venom. Still, though, we’d warn off getting close. The reason? They usually release a foul-smelling musk when startled and it can take a whole lot of scrubbing to get rid of the smell! They do also bite, and bigger specimens can cause pretty hefty skin damage.

Non-venomous and venomous snakes in Canada – a conclusion

There are 24 known species of snake in Canada. Of those, three are seriously venomous and one is technically venomous, though it only has the power to kill small prey like rats and other small snakes. The ones you’ll want to watch out for the most are the rattlers, which have enough venom to kill humans if bites are left untreated. We also think you should know about the gray rat snake, which is the largest snake in the country, and the blue racer, which might just be the rarest.