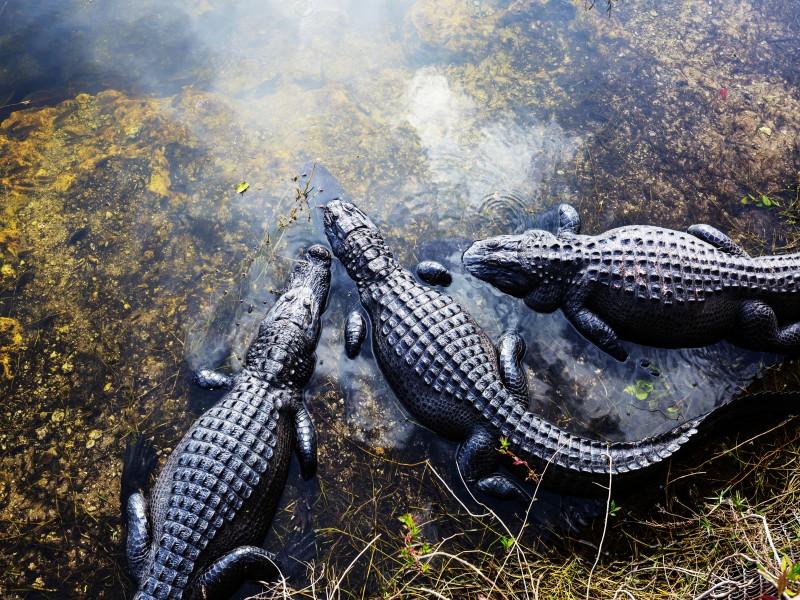 The 7 Most Dangerous Animals in Turkey

Straddling southeastern Europe and Western Asia, the sheer size of Turkey gives rise to a vast array of different habitats. From alpine mountain ranges, to sun-drenched coastal regions, the country’s geographic diversity creates the conditions for flourishing wildlife. But out of Turkey’s formidable range of native animals, which are the most deadly? We’ve pulled together a list of the most dangerous animals in Turkey.

You may be surprised to hear that Turkey is more biodiverse than the entirety of Europe. It’s thought that the number of animal species in the whole of Europe is around 60,000, while in Turkey there are over 80,000. From wolves and bears, to snakes and centipedes, dangerous animals in Turkey come in lots of different shapes and sizes.

So, which are the species we should look out for? Read on for our breakdown of Turkey’s deadliest animals.

Situated on Turkey’s northern stretch of coast, the Black Sea region boasts luscious green forests, tall mountains and coastal villages. It’s also home to the country’s largest population of brown bears. The Eurasian brown bear certainly looks cute, but be warned: they are among the most dangerous animals in Turkey.

Brown bears are the largest land mammals in the country. They can grow between 5 to 8 feet, and weigh up to 700 pounds. Despite their considerable size, brown bears are extremely speedy when running. They’ve been recorded at speeds of up to 30 miles an hour. Although brown bears generally adjust their behaviour to avoid humans, they can be aggressive when approached. They’re most likely to attack if they’re surprised or someone gets between a mother and her cubs.

Encounters between humans and bears are becoming more common in Turkey. With the uncontrolled hunting of deer and wild boars depleting bears’ food supplies, they’re having to venture outside of their natural habitat in search of food. As they descend from the hills into remote villages and urban environments, bears are causing a nuisance with locals – raiding bins for food and eating livestock. One study even found that wild bears have been rummaging for food in garbage dumps around the city of the city of Sarıkamış!

Brown bears hibernate during winter, so you’re most likely to come across one during the summer months. In order to stay safe when venturing into bear-populated regions, it’s best to travel in groups and carry bear spray. If you come across a brown bear – never run. Walk away slowly, or play dead if the bear makes contact.

Scorpions are common throughout Turkey. There are around 15 species to look out for – the most prevalent being scorpions from the Buthidae family. These nocturnal animals tend to lurk in small crevices, such as old walls and under logs. They have been known, however, to make homes for themselves in suitcases and pairs of shoes left lying around. When camping, it’s important to keep your possessions tightly stowed, and check for unwanted critters from time to time.

Scorpions’ strong venom makes them dangerous. While they are generally shy, human-avoiding animals, they can sting when frightened. Their stings are very painful, but unlikely to cause fatalities unless the victim is very young or infirm. If stung, use a cold compress to bring down the swelling, and seek medical attention.

Jellyfish are some of the most dangerous animals in Turkey. These alien-looking jelloid creatures are prevalent along all of Turkish shores – and their numbers are rising. This is due to a number of factors. Rising sea temperatures because of climate change have attracted a greater variety of jellyfish species to Turkey. Meanwhile, the opening of an expansion of the Suez Canal in 2016 saw more invasive jellyfish species flock to the country’s waters. Experts have particularly flagged the beaches of Antalya as a danger zone for jellyfish.

The most common varieties of jellyfish in Turkey are the moon jellyfish and rhizostoma polmo – or Barrel Jellyfish. Both species are actually relatively harmless, and are actually more gruesome to look at than dangerous. More recently, however, the rhopilema nomadic – or nomad jellyfish – have arrived in Turkey. Having migrated from the Red Sea, these jellyfishes form large swarms during the summer months. With vermicular filaments covered in venomous stinging cells, these jellyfishes pack a painful sting.

Victims of jellyfish stings experience an uncomfortable burning sensation, and occasionally bleeding. You may have heard that urine is a good remedy for jellyfish stings – but this is an old wives tale. If stung, it’s best to clean the area with sea water and apply a cold compress to the wound.

Bad news for arachnophobes: there are four varieties of venomous spiders in Turkey. These include the brown recluse spider, the hunter spider, the yellow sac spider, and the black widow.

The brown recluse spider – aka the violin spider – is one of the most dangerous animals in Turkey. These small, brown spiders populate the Easter regions of Turkey. With long spindly legs and violin-style markings on their backs – these little critters are hard to miss. This spider is not typically aggressive, but if they feel provoked, they will attack. Their bite can have nasty consequences, including vomiting, dizziness and severe pain. True to their name, brown recluse spiders like to hang out in isolated spaces: think rubbish bins, sheds and dark, dank spaces. Take extra care around these places if you want to avoid what could be an unfortunate encounter.

However, while Turkey has some gruesome spiders, venomous boys are fairly rare. The majority of spiders you’re likely to come across will be of the harmless variety. Death by spider is unheard of in Turkey – so don’t let arachnophobia get in the way of a great trip.

Centipedes might sound like fairly harmless creatures – but not in Turkey. Centipedes are among the most dangerous animals in Turkey.

With long bodies that can grow up to 30cms and countless numbers of spindly limbs, the Turkish centipede will send a shiver down your spine. They’re aggressive critters, too – responsible for around 5,000 bites on humans each year. Voracious predators, their bite is their main weapon, which paralyses their prey. Centipedes feed on crickets, worms, spiders and moths. The larger creatures have even been known to gobble up young mice!

Less common in built up tourist areas, they make their home under rocks and sand in wilder, more rural areas. This means they can be antagonistic to hikers and campers, as well as farmers and outdoor workmen. Their bites are painful, and can cause swelling and potentially  rash that requires antibiotics to treat. If you get bitten by a Turkish centipede, wash the wound thoroughly and apply a cold compress. Antihistamine may also be helpful if the wound begins to itch. The wound should heal naturally in a matter of days, but seek medical attention if your condition deteriorates.

Turkey is home to around 45 species of snake. The vast majority of these species are non-venomous, so pose little threat to humans. There are, however, 12 venomous species that are worth keeping an eye out for on your travels. Vipers are the most common venomous snakes in Turkey, and the country has two varieties: Vipera barani – also known as the common European adder – and Montivipera xanthina, or the Ottoman viper.

The European adder is found throughout most of Western Europe and as far as East Asia. A fairly timid snake, adders don’t tend to attack unless provoked. Even when they do, it’s estimated that 70% of bites don’t involve venom injection at all. Contrastingly, their cousin, the Ottoman viper, is one of the most dangerous animals in Turkey. These vipers are native to North Turkey, but have also spread to Northern Greece and many islands within the Aegean sea. With a very aggressive nature, they often strike without provocation, and most bites inject strong venom.

Considering the wide variety of snake species in Turkey, it can be had to know which snakes are harmless, and which ones pose a risk. Aside from being familiar with the individual snake species themselves, there are a few key tips for distinguishing whether a snake is venomous or not. Firstly, notice the shape of the snake’s head. Is it pointy or rounded? Non-venomous snakes tend to have rounded heads, while venomous snakes have a more triangular-shaped head. Secondly, look the snake in the eye (but don’t get too close!). While non-venomous snakes have rounded pupils, poisonous snakes’ eyes are similar to cat’s eyes, with thin, black, vertical pupils surrounded by a yellow eyeball.

Ultimately, however, there’s no foolproof way to tell a harmful snake from an innocuous one. Our advice? If you spot any sort of snake stay well away! If you’re unlucky enough to be bitten, make sure to get a good look at the snake. This will help a medic find you the correct remedy.

As with most sun-drenched holiday destinations, Turkey struggles with its mosquitoes. The country’s warm climate provides the perfect conditions for these pesky insects to thrive.

Generally, mosquitoes in Turkey are more of a pest than a danger. However, they can carry a number of deadly diseases, including malaria. Rest assured, malarial mosquitoes don’t populate tourist destinations in Turkey. But they can be found in the southeastern region of Anatolia, particularly in rural areas. You’ll need to take malarial medication if your trip takes you here.

The balmy summer months are the worst for mosquitoes. If you’re really not a fan, plan your trip in the cooler shoulder months of April, May and September. If you’re visiting Turkey in the summer, be sure to stock up on repellant, and opt to accommodation that provides mossie nets.

Are there crocodiles in Turkey?

No crocodiles exist in the wild in Turkey. The only place you’ll see a crocodile in Turkey is in the zoo.

Are there great white sharks in Turkey?

There have been some sightings of great white sharks in Turkey, but these are extremely rare. Between 1881 and 2011 – a period of 126 years – there were just 46 recorded sightings of great white sharks in Turkish waters. Nonetheless, some researchers believe that tuna farming could be attracting more of the sharks to the region. Between 2008 and 2011, 6 baby great whites were discovered in Turkey’s North Aegean sea, leading some to wonder about a possible breeding ground in the region.

The vast majority of human-shark interaction in Turkey happens when fishing boats encounter sharks well off the coast, meaning that it is extremely unlikely that tourists to the country would ever encounter a great white. You’re more likely to have a nasty run in with a jellyfish when bathing in Turkish waters than you are to encounter a great white shark!

What venomous snakes are in Turkey?

There are 12 species of venomous snakes in Turkey. They range from the common and fairly innocuous European Adder, to the extremely rare and deadly Wagner’s viper, whose neurotoxic venom is potent enough to shut down human nervous systems. The most dangerous of all of Turkey’s snakes? The ottoman viper. These are among the largest and most prolific of venomous snakes in Turkey. They have a strong venom and an aggressive nature that has been known to attack humans unprovoked. Commonly found in overgrown areas of dense shrubbery, if you encounter one of these beige and black marked sliders, be sure to stay well out of the way.

Are there wolves in Turkey?

Turkey has a population of around 7,000 wolves. They reside in forests and mountainous regions throughout the country, although they are believed to be extinct in the West. The gray wolf is actually the national animal of Turkey, symbolising goodness, courage and strength. According to Turkish mythology, the first great rulers of the country were descendants of wolves. In spite of this cultural significance, however, Turkey’s native wolf population is under grave threat from hunting, and has declined significantly over the years. As nocturnal animals that feed mainly on livestock, wolves pose very little threat to human safety. 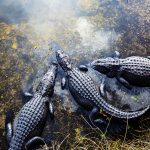 The 7 Most Dangerous Animals in Turkey
4 mins ago 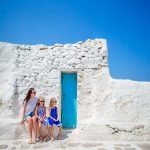 Is Mykonos Expensive to Visit? Average Travel Costs
2 hours ago 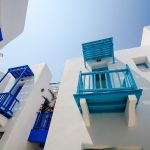