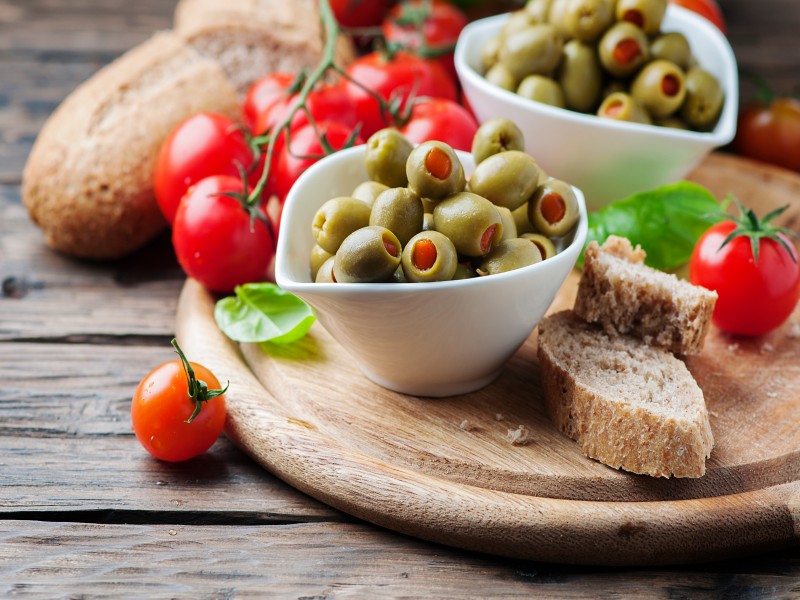 5 Reasons Why Is Spain The Healthiest Country In The World

The Bloomberg Global Health Index rated the home of flamenco and tapas at the very pinnacle of its league tables back in 2019 and then again in 2020. That put it ahead a whole bunch of developed nations like the USA and France, nearly 20 places over the UK, and more than 10 whole percentage points better than notably livable nations like Denmark. But why is Spain the healthiest country in the world?

That’s what this guide is here to find out. It will delve down into the nuts and bolts of the issue to try to identify exactly what it is that makes the Spanish way of doing things the one that’s most conducive to cranking up that all-important life expectancy metric and cutting the risk of serious illness and preventable deaths (all things measured by that aforementioned Bloomberg Global Health Index).

We think there’s actually lots to get through. Reasons why is Spain the healthiest country in the world probably can’t be pinned down to just a single thing. It’s more likely a combo of several key factors, ranging from that oil-rich, vitamin-packed Mediterranean diet the folks in these parts devour every day to the habit of hiking in the sierras and hoofing it to work. Let’s take a closer look…

It’s long been known that the Mediterranean diet is one of the best around, but there seems to be something about Spain’s own version of it that puts it ahead of the crowd. In fact, studies carried out by German university scientists over the course of two decades starting in the 1990s concluded that what the Spaniards eat is directly related to low levels of a whole host of illnesses and risk factors in the general population, from cardiovascular disease to the prevalence of diabetes.

More generally, dieticians have noted the almost perfect pyramid of foodstuffs that exists in the Spanish kitchen. People here naturally get just about the right level of fats, saturated fats, proteins, and vitamins they need, all without having to really plan their meals. Don’t believe us? Just think about some of the dishes you find on Spanish menus – paella, packed with prawns and rice and organic veg, gazpacho with its hit of citrus and tomato, tortilla with its eggs and potatoes.

Compare all that to the eating habits of northern Europe and the USA, or even South Asia. The national cuisines in those regions tend to make heavier use of carbs and processed food, and don’t focus so much on seasonal, locally available produce. The upshot? Make the most of the food next time you’re in Spain! Like you weren’t planning on that anyhow, amirite?!

It’s no secret that the climate in Spain is downright divine. It’s not for nothing that people have been flocking to this corner of the continent for the last however many decades simply to laze on the beaches of the Costa del Sol and the Costa Brava, eh? Some would even go as far as to say that it’s the climate of this country that keeps it up there with the most popular vacation destinations on the globe year after year.

It really is lovely. You’re looking at regular summer temperatures in the region of 80-90 F (26-32 C) on the costas of the south, matched by cooler highland regions that hover at about 70 F (21 C). Spring tends to start nice and early this far south, too, with late March offering up the occasional beach-worthy day. Meanwhile, winter sets in late – you can visit in November and still be splashing around in the Mediterranean. Adding to that are relatively mild and wet winters, almost perfect for fertilizing the soils and replenishing the reservoirs.

The health benefits of living somewhere with the balance of warmth, sun, wetness, and stability of climate outlined above can’t be overstated. First off, the obvious one: Spain rarely sees extreme weather events like hurricanes and tropical cyclones. Second: Agriculture can flourish, helping pack homegrown produce with vitamins and minerals. Thirdly: That all important Vitamin D – scientists estimate that just over 30% of people in Spain are deficient in that, compared to nearly 50% in the UK!

One caveat here could be climate change. Recent years have seen scorching temperatures hit southern Europe generally, and Spain has actually been one of the worst affected. The summer of 2022 took thermometers to over the 105 F (40 C) mark in Madrid, causing deaths from heatstroke and wildfires in the surrounding regions. It’s something to keep an eye on, heralding that this nation’s days of having an amicable climate could actually be numbered.

The Spanish are active

Forget that image of siesta-taking Spaniards who never get up from their sunbed. It’s, simply, not true. The people of this sunny land at the end of Europe are actually among the most active of any in the world. Recent studies run by the World Health Organization (WHO) and the Spanish government concluded that nearly 70% of folks in these parts get the recommended level of daily exercise, and that’s increasing!

To be honest, we can see why that might be the case. Spain is a country that makes it pretty darn easy to stay active. It’s home to the de facto cycling capital of Europe in Girona. There are long-distance hiking paths like the legendary Camino to conquer, along with day treks in ranges from the Picos de Europa in the north to the Sierra Nevada in the south. Asturias and Galicia boast world-class surf. Beach volleyball is big. Oh, and so is football, just in case you didn’t notice!

On top of all that, it’s estimated that Spanish people are more willing to walk to work than their European counterparts. Plus, they get out and about more in day-to-day life, whether that’s a casual stroll down the promenades of Malaga or a jaunt through the parks of central Madrid.

The nature of Spanish cities and towns

There’s no doubt that Spain is a highly urbanized nation. Over 80% of the total population now reside in cities. That’s increased year after year over the last few decades and shows no sign of slowing down. In fact, there are now over 700 individual cities in Spain as a whole!

Thing is, Spain’s urbanization stats can be misleading. Just two of the whopping 780 or so cities in the country can claim to have a population that exceeds a million (that’s Madrid and Barcelona). The vast majority are smaller than 100,000 people, and there are 88 that have a population of 100,000 or more. Point is: Most of Spain’s cities are smaller than the great metropolises found in other European nations – London, Paris – or across Asia – Beijing, Delhi.

Of course, urbanization in itself isn’t necessarily bad. However, there are clear, documented negatives to soaring urbanization without proper urban planning to match, from out-of-control air pollution to overcrowding to degradation of healthcare provision. Spain’s highly dispersed populations and relatively small metropolises help it dodge those sorts of things. And there’s another, less measurable bonus here, too…

Living in a smaller city usually means it’s easier to escape to nature and get that meditative fix of the great outdoors. Studies have noted time and time again how that can help with mental health and promotion of exercise. Well…the folk here have it all – soaring sierras to hike, ski fields to carve up, beaches to surf on.

The Spanish healthcare system comes in at a laudable 7th on the entire planet according to the Organisation for Economic Co-operation and Development (OECD). It’s also the number one most efficient within Europe according to the World Economic Forum and tops EVERYWHERE when it comes to more specific things like the provision of organ transplants. All of these facts put it in a pretty enviable position; one that’s sure to have a serious impact on why is Spain the healthiest country in the world.

One of the things that helps Spain score so highly on this front is the fact that it operates a universal healthcare system. That means you get access to services no matter who you are, what you earn, your insurance status, or where you live. It costs a lot to fund that – a whopping 9.3% of Spain’s total GDP, in fact – but the results are clear to see…

Dropping infant mortality rates, low overall incidence of illnesses like diabetes, relatively low cardiovascular risk factors compared to regions such as South America and Eastern Europe, high provision of A&E treatment, low cancer rates per portion of the population compared to other European nations – we could go on and on. Bottom line? Spain’s hospitals are pretty darn good.

Why is Spain the healthiest country in the world? Our conclusion

If you’re wondering why is Spain the healthiest country in the world, then the answer is that there’s no single reason. Instead, it’s most likely a combination of a whole host of things, from that varied and delectable Mediterranean diet to the nature of the way cities and towns are planned across the country. Spain also happens to have some of the best provision of healthcare on the planet, which is a big bonus.

Snorkeling in Corfu, Greece: The 5 Best Snorkel Spots
26 mins ago