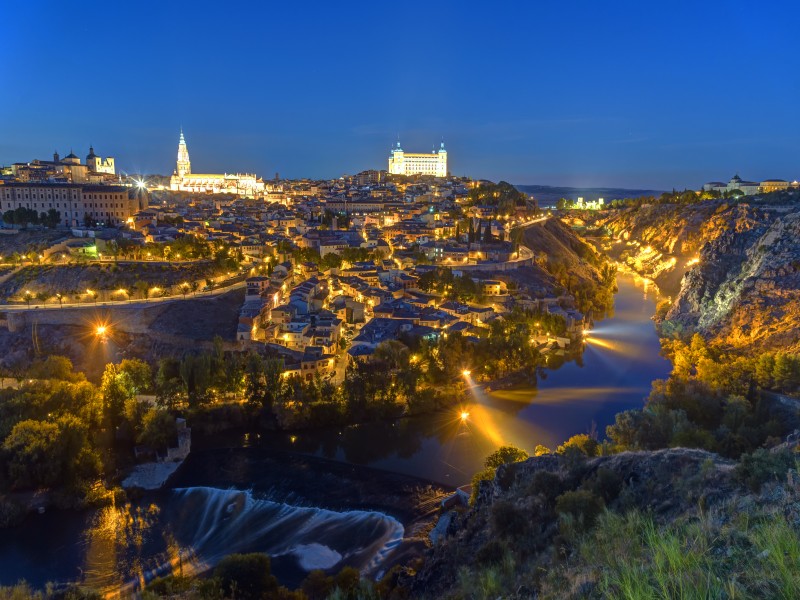 North Spain vs South Spain is a question that many a sun-seeking traveler will ask themselves when planning a trip to the home of flamenco dancing and spicy paella rice. We have to say: It’s a tricky one. Both sides of the country have their own undeniable draws and attractions, natural wonders and enthralling cultures. But which is best for you and your travel crew this year?

Along the way, we’ll highlight the key differences in the cuisine, the culture, and the history, but also offer some insights into what to expect as a traveler in both places, whether that’s pristine beaches or soaring mountains, medieval towns or chic resorts. Let’s get going…

You’re sure to notice a big difference in the overall vibe between northern Spain and southern Spain. We say that as people who have traveled both regions extensively, and always find ourselves remarking on just how strange it is that, say, San Sebastian is actually in the same country as, say, Marbella.

One of the things you’re likely to notice from the get go is how touristy southern Spain is compared to the north. In fact, large parts of the north, from the Pyrenean foothills of the Basque Country right to the wild fjords of Galicia are still largely undiscovered by travelers. The same cannot be said of the Costa del Sol and the Costa Brava, which draw in millions (and we really do mean millions) of people each summer.

It’s also often said that the locals of the north tend to be hardier more closed-off folks, while southerners are considered wildly passionate, loud, and sociable. On a very general level, that’s probably in line with our experience, too, but we’d add that northerners have a dry and cheeky sense of humor and a certain stoicism about them that can be a welcome break from the brashness of the Med.

North Spain vs South Spain for ease of travel

North Spain is probably going to be a touch harder to get to than south Spain, but it’s still not likely to be a major chore. Spain, generally speaking, is an exceptionally accessible place, with oodles of airports, ports, high-speed rail links to the rest of Europe, and more.

The north can be accessed via the big aviation hubs in San Sebastian, Santiago de Compostela, La Coruna, Asturias, and even Madrid (if you’re willing to drive). It also boasts highways that connect directly over to Portugal and France, sometimes in a matter of minutes depending on where you’re headed from. The major attractions and towns in the regions are also pretty well linked but not as well linked as in the south.

Meanwhile, southern Spain reigns as one of the most accessible places in the whole of the Mediterranean. The reason? It’s home to several high-profile sun and sand resorts that bring in millions of travelers each year. They, in turn, are served by ever-growing airports with fantastic links to major European cities and towns on low-cost carriers. You can jet right into Malaga, to Alicante, to Seville, to Murcia – the list goes on. Plus, there are now RENFE (high-speed) trains that link up most of the region, along with key southern mountain towns like Granada to boot. It’s not a hard region to travel.

Winner: The south of Spain wins this one, mainly because it has so many airports!

Any historian will tell you that the north-south divide is one of the key differences in the story of Spain as a nation. That’s because the south was ruled by Arabs for close to 800 years, from 711 AD to 1492 AD. In fact, everywhere south of Pamplona (including the whole of what’s now Portugal) was a separate Arab state known as Al-Andalus. Regions like Andalusia in particular still showcase architecture – stunning, jaw-dropping architecture – and food traditions relating to that period, while the northernmost parts of Spain don’t.

A period known as the Reconquista, when Christian armies attempted to reconquer Spain from the 8th century onwards, really had its roots in the north of Spain. It actually began with the Battle of Covadonga in 722, which took place in a town less than 10 miles from the Atlantic Ocean in the province of Asturias. It highlights the deeply Christian and Celtic roots of the northern territories that avoided Arab rule, and how they tell a different tale to much of the rest of the country.

Winner: There’s no winner here, just different histories. However, we will say that the stunning arabesque architecture of southern Spain is something seriously wonderful to behold.

Don’t worry – the food is likely to be fantastic no matter which part of Spain you go to, north or south. There are some key differences to know about though. Firstly, northern Spain isn’t so big on tapas. The cooking there tends to be about larger main dishes and more traditional three-course dining, though there is a small-plate tradition in the Basque Country (ask for the pintxos). Along the coast of Asturias and Galicia, there’s a focus on Atlantic seafood – lobster, clam, and cod. In the mountains, expect hearty stews. The wine in the north is considered superior – this is the home of a certain region called Rioja, after all!

The south of Spain has the cuisine that you’ve likely been dreaming of. Yep, it’s the cooking of the Mediterranean and Andalusia that really puts Spain on the map. We’re talking dishes like paella (a spicy seafood rice combo that was invented in Valencia) and tapas (small-plate dining that includes iconic staples like patatas bravas). Southern Spain also has its own wines but it’s sweet desert wine that wins the main plaudits, usually made to pair with salty Iberian hams and milky Manchego cheese.

Winner: South Spain probably clinches this one, though the wine is better up north.

There are certainly folks out there who would say there’s no doubt about it: The south of Spain wins on beaches. We say not so fast. The north also has its gems. Granted the coastline along the Atlantic is an altogether wilder affair and rarely gets into the travel brochures. But it’s pretty fantastic stuff. It begins with the gleaming scythe of sand in the bay of San Sebastian, then stretches under the lush shores of Asturias, and finishes on the secluded beaches of Galicia. The whole region is a doozy for surfers keen on seeking empty waves and beach lovers who want to be alone in the ocean.

The south is more quintessential summer holiday stuff. This is the land of the costas. First among them is surely the legendary Costa del Sol. It runs east from Malaga through more Blue Flag beaches than you could hope to get through in a fortnight’s vacation, Fuengirola, Manilva, and Torremolinos among them. But the south also offers the family-friendly beaches of the Costa Blanca, which hosts stunning bays like Playa de la Mata, and the wilder ocean-facing sands of Cadiz, for surfers.

Winner: The south probably wins, but the northern coast of Spain is special if you want to escape the Rat Race!

North Spain vs South Spain for towns and cities

Southern Spain hosts some seriously alluring towns and cities. We can’t list them all here – there’s not enough room! Suffice to say you won’t get bored wandering beneath the great Moorish forts of Granada and Seville, touring the colossal science museums of Valencia, or getting lost amid the narrow lanes of old-school Cadiz. Nor are there likely to be dull moments in the dramatic gorge-straddling town of Ronda in the sierras, or with the whitewashed cottages of Nerja on the Costa del Sol. There are loads of lovely options.

Up north, the towns are cities you’ll want to see are a touch more spread out. There are still some seriously lovely ones. Take, Oviedo, the capital of the Principality of Asturias. Its heart is a handsome mix of medieval palaces and turn-of-the-century mansions set wonderfully under the Las Ubiñas-La Mesa massif. Then there’s Santiago de Compostela, the end point of the legendary camino and home to one of Europe’s most iconic UNESCO sites. Oh, and you get San Sebastian; hip, happening San Sebastian with its urban surf breaks and amazing café culture.

Winner: It’s hard to pick. Both are awesome to be honest.

There’s really not all that much in it when it comes to the cost of a holiday between north Spain and south Spain. Most will tell you that the north is the more industrialized area, less rural, more urban, and that that cranks up the cost of living just a touch. We’d probably agree, but only if you’re sticking to bigger towns like Santander, San Sebastian, and Santiago. In those, we think a budget of about €73 ($77) per day is about right for midrange hotels, some activities, and eating out.

In the south, there are resorts and towns where it’s sure to be pricier than that. Take Malaga, where the average budget according to price collator Budget Your Trip is around the €106 ($111) per day mark, or Marbella, where a luxury hotel on its own can set you back $250 a night. However, the rural side of the south and the abundance of flight options and hotel choices in the region usually means that you’ll spend about 5-10% less on a holiday here than you would up north.

Winner: The south is cheaper, but not by a huge amount.

There are bucket-list adventures to have in both northern Spain and southern Spain. We’d say that the north is better suited to more intrepid travelers who like going off the beaten track. It’s made up of wild coastlines and wilder mountains, from the Picos de Europa to the soaring Pyrenees, the bays of Galicia to the shores of Basque Country. The towns aren’t as well known and the cultures are a unique blend of Celtic, French, and other influences. Down south, you get the Spain of the travel brochures, but also the food center of the country, the most famous beaches, loads of great weather, and enthralling cities like Seville and Malaga. 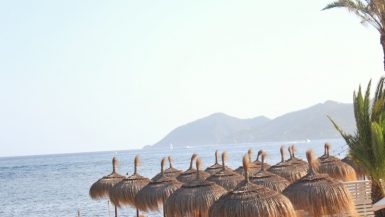