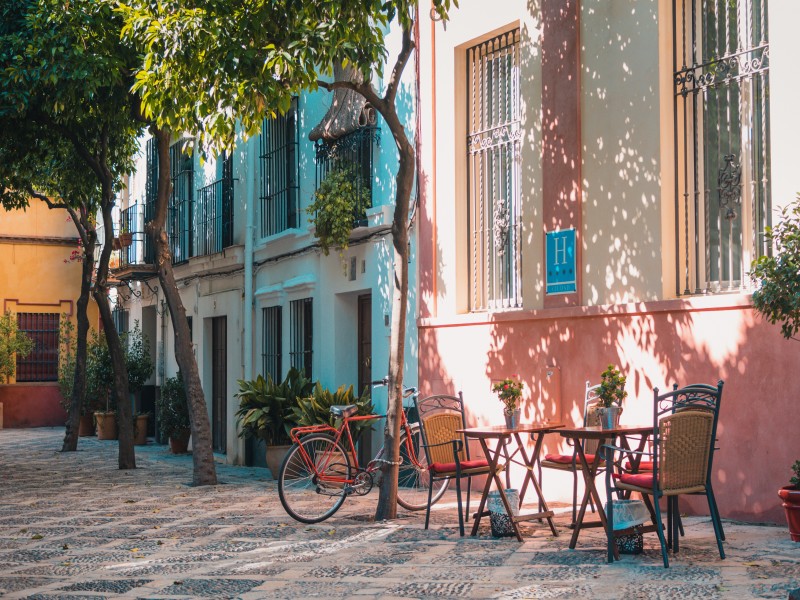 Where Are The Most Visited Places In Spain? 7 Popular Spots!

Are you planning a trip to Spain? Well, you’re not the only one! Spain is one of the most visited places in the world, and it’s easy to see why, with its beautiful climate, fascinating history, delicious food, diverse landscapes, and beautiful beaches, who wouldn’t want to visit this wonderful country?

But, it’s not a small country, and it’s packed with so many sights that choosing where to visit can be tricky. Do you want a thriving city or a historic mountain town? A peaceful island escape or party central? Well, we’ve put together a list of the most popular spots and most visited places in Spain to help you decide which should be on your Spanish itinerary.

So, whether you’re looking for somewhere to lie in the sun, explore ancient buildings, shop til you drop, dine on delicacies, climb a mountain, or party till dawn, Spain has got the perfect destination for you.

Barcelona might be Spain’s second city, but it certainly doesn’t feel like it! This coastal, cosmopolitan city is the most visited place in Spain and an absolute favorite of international tourists. It offers everything you could want from a European vacation: stunning Mediterranean climate, beautiful beaches, world-class shopping, endless nightlife, delicious food, incredible historical and cultural sights, even a world-class football team!

The star of the city, and the most visited attraction in all of Spain, is the Sagrada Familia, designed by Catalonian architect Antoni Gaudi. This masterpiece blends modern, surrealist, and gothic architecture and attracts visitors in their millions every year. It is a must-see on your Barcelona itinerary. But don’t miss Gaudi’s other UNESCO heritage-listed works dotted around the city, such as colorful Park Güell, or romantic Casa Batllo.

And be sure to make time for another Barcelona must-do, wandering along La Rambla. The city’s most famous street is a wonderful place to spend an afternoon, dipping in and out of the shops and bars, soaking up the atmosphere, sipping sangria in the sun, and watching the street performers in action.

Picture Ibiza and no doubt your mind goes straight to super clubs, international DJs, and beautiful people partying in millionaire’s villas. Well, that image is not wrong. Ibiza’s reputation as a hard partying, influencer’s playground is a large part of why it’s one of the most visited places in Spain – attracting millions of tourists every year. But it’s not the whole story. Ibiza, the most famous of the Balearic Islands, is a place with many sides, and people who visit just for the dusk till dawn party strips, miss out on a lot.

The island’s north is home to several beautiful resort towns popular with families and the package holiday crowd. Ibiza Town is rich with historical wonders, boasting a hilltop Old Town and an annual medieval festival. The island is also home to communities of artists, musicians, and spiritualists, many of whom visited once long ago and never left, drawn in by the island’s unique charm. You’ll find them holding drum circles on beaches at sunset, running weekend hippy markets, or hosting one of the island’s many holistic, wellness, and yoga retreats.

Ibiza has a special kind of magic that must be experienced – away from the clubs and the crowds – to be believed.

Chances are if you’re heading to Granada, it’s because you want to visit the Alhambra, one of Spain’s most visited tourist attractions. The stunning fortified compound sits atop the hills of the city, backed by the majestic beauty of the Sierra Nevada Mountains. It’s one of the best-preserved relics of Moorish rule in Spain and contains an astounding array of palaces, chambers, gardens, and courtyards filled with architectural gems and intricate designs.

But don’t spend your whole vacation exploring the Alhambra. The Andalusian city of Granada is rusticly beautiful and contains a wealth of attractions that many visitors are unaware of until they arrive. The city has a complex, layered history evident in the blend of cultures on display. You’ll find examples of Moorish architecture throughout the city and religious monuments built in a blend of Christian-Islamic styles. The different districts of the city have distinct characteristics, and it’s a joy to wander from the maze-like Arabic Quarter to the cave houses of Sacromonte, to the gritty street art-filled Jewish Quarter.

And the food! Granada is home to some of the best food in Spain and, thanks to its historical influences, the menus are full of flavors and dishes not found anywhere else in the country. Spend your evenings wandering from bar to bar, sampling the assorted tapas plates, then as the night gets later head to a flamenco show, then onto the clubs to enjoy the youthful energetic nightlife of this student-filled city.

Speaking of food, San Sebastian is perhaps the best – and one of the most visited – places in Spain for foodies. This small city is renowned for the abundance of tapas bars and Michelin-starred restaurants packed into its streets. Food lovers need to experience the pintxos, or Basque tapas, that the city is famous for. It runs the entire spectrum from simple, rustic, traditional fare to inventive, modern fusion plates designed to intrigue your tastebuds.

But it’s not just the food. There are plenty of other reasons why this city is one of the most visited places in Spain. San Sebastian sits in Spain’s mountainous Basque Country, an area of stunning natural beauty. Two rugged green hills enclose the city, and a gorgeous stretch of crescent-shaped coastline lies in front. This is Playa de la Concha, which has repeatedly been named one of Europe’s best beaches.

The Canary Islands have long been a popular destination for holidaymakers. Close to the African coast, their location gives them an even balmier climate than mainland Spain, perfect for year-round sun and winter-warmth trips. Tenerife is the largest and most well-known of the islands and attracts almost 6 million visitors a year. It’s known for its easy accessibility, family-friendly atmosphere, stunning beaches, busy resort towns, budget accommodation, and lively nightlife.

But this island is more than just a beach destination. The landscape is dominated by the dormant volcano Mount Teide, a veritable playground for climbers, bikers, and hikers who come to explore the volcanic landscape of lava rocks and black sand beaches. Plus, there are tropical forests to explore, peaceful fishing villages and hillside towns to visit, and a surprisingly contemporary art scene.

And, if you want to see this island at its most surprising, visit during February for the Carnaval de Santa Festival. This lively, colorful and chaotic carnival has attracted global recognition and has been compared to the famous fiesta celebrations in Rio!

While Madrid might get a little overshadowed by the many delights of Barcelona, it’s still one of the most visited places in Spain, and with good reason. The country’s capital is a thriving, modern city with a youthful, multicultural atmosphere. You will find ancient architecture and historic quarters within this city, but they’re rubbing elbows with modern gems, and you’ll find that life is lived at a faster pace here than in Spain’s more traditional cities.

Art lovers should definitely put Madrid at the top of their list since it’s home to some of the best museums and galleries in the country, if not Europe. Visit the three most famous: El Prado, Reina Sofia, and Thyssen-Bornemisza to see works by some of the greatest names in art history alongside groundbreaking contemporary pieces.

Allow plenty of time for shopping at the endless selection of high street and high-end stores. And plan to sample the fantastic, eclectic dining scene which leads the way in modern Spanish gastronomy. Take a coffee break in Plaza Mayor, the city’s main square, and marvel over all the things that have occurred there throughout Madrid’s history. The list includes bullfights, executions, royal decrees, Christmas markets, protests and festivals.

Finally, make sure you stay out late, because Madrid’s vibrant, dynamic nightlife is the stuff of legend.

Mallorca is easily one of the most visited places in Spain. With its gorgeous climate, endlessly beautiful beaches, frequent flights, and budget-friendly deals, it’s easy to see why it’s such a tourist favorite. But, much like Ibiza, Mallorca’s reputation only tells half the story. Chances are Mallorca conjures up images of 18-30’s holidays spent drinking to excess in Magaluf and package holidays in busy resorts in Palma. But, while that side of the island definitely exists, there’s also a lot more to it.

Mallorca is a fascinating island with areas quite different to the famous party strips and packed beaches of Palma. Try visiting the walled old town of Alcudia or climbing the historic Calvari Steps in Pollenca, then head to Pollenca Bay to try wind or kitesurfing. Take a day trip to enjoy the wild, remote beauty of Cap de Formentor. Take a cycling tour through the almond trees, vineyards, and peaceful hill towns of the island’s interior, or walk the coastline until you find a hidden cove known only to the locals.

Why not enjoy the best of both worlds? Book into lively, resort-filled Palma, then take some days out and explore the rest of the island. You might be surprised by what you find!

Is Spain a popular holiday destination?

Yes, Spain is the second most popular holiday destination in the world. Spain ranked number two with 83.7 million international visitors in 2019. France came top with an astounding 90 million visitors while the US came in at number three with 79.3 million.

What is the most visited city in Spain?

Barcelona is the most visited city in Spain. Despite being smaller than the country’s capital Madrid, Barcelona attracts more international visitors annually. They are drawn by its coastal location, glorious climate, and wealth of tourist attractions.

What’s the most popular tourist attraction in Spain?