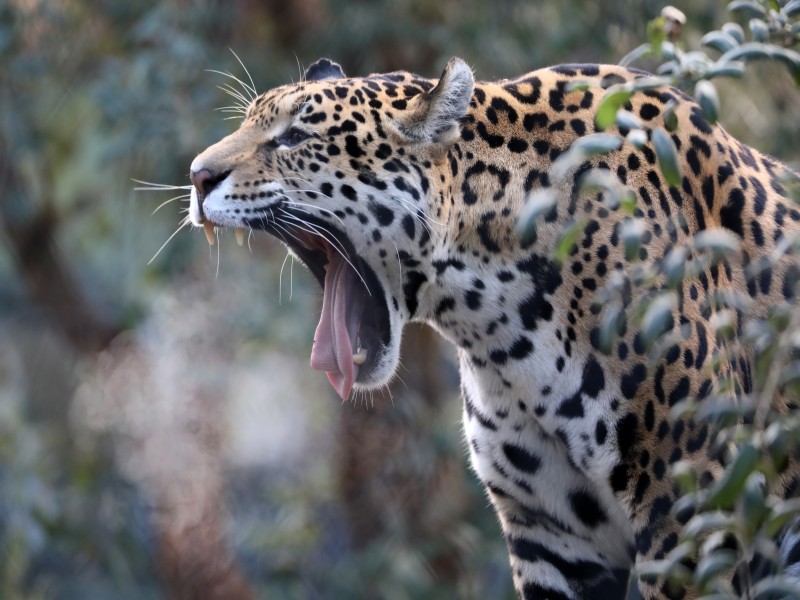 11 Most Dangerous Animals In Spain You Need To Know About

While we think of Spain as one of Europe’s most loved beach destinations, there are several animals in Spain you should know about. In fact, some of these dangerous animals in Spain are the most deadly creatures in the world. Spain is home to a whole plethora of native species, including a wide variety of fish, amphibians, reptiles, birds, and mammals.

From rare encounters with brown bears and wolves to the more likely contact with silent creepy crawlies, we’ve done the research and compiled a list of the nine most dangerous animals in Spain.

So if you’re traveling the mainland, or plan to visit one of the beautiful Spanish islands, clue yourself up on these animals in Spain. Some are more common than others, but all pose of serious threat!

The fine hairs on these caterpillars are highly toxic and are prone to be caught in the wind. The toxin is thaumetopoeid, a protein that causes rashes, eye irritation, coughing, or even an allergic reaction. The caterpillar nests are also dangerous to touch because of these hairs.

It’s difficult to counteract the reaction if the hairs touch your skin as they have hooks that grip in place. Specialized pest control units use full PPE and sprays to remove nests from domestic settings. It’s important to never touch a processionary caterpillar with bare hands. If you do come into contact, and the side effects do not subside, seek medical attention immediately.

Also known as the Mediterranean banded centipede, the Megarian variety is the most common centipede found in the Mediterranean area. The black and yellow/gold bands are distinctive and make identifying this centipede relatively easy. Measuring on average between 10–15 centimeters (3.9–5.9 in), this is actually one of the smallest Scolopendra centipede species.

These critters are found in dark and damp spaces across most parts of Spain. They pack a nasty poison in their forcipules, but it’s not as strong as the closely related Vietnamese giant centipede.

The black widow spider is one of the more infamous spider species in the world. These arachnids are rarely seen as they tend to inhabit more remote parts of Spain. However, if encounters do happen, it’s best to leave them well alone.

Female black widows are bigger than their male counterparts, growing up to 4cm in length. The bite contains a latrotoxin in the venom. A black widow bite is potentially dangerous and can result in systemic effects including severe muscle pain, abdominal cramps, and muscle spasms.

The wolf spider is nightmare-inducing for anyone with arachniphobia. These spiders vary in size, the body reaching up to 5cm. They are solitary hunters that rely on their expert camouflage to pounce on prey.

Despite common belief, the wolf spider is not super aggressive and won’t go out of its way to attack humans. However, bites can happen. While a toxin in the fangs can cause irritation and swelling, the real danger is the risk of infection from the bite itself.

The Montpellier snake is the most commonly seen species in the Mediterranean region and in Spain, mostly sighted in the Iberian peninsula and Northern Spain. These snakes can grow up to 2 meters in length and is olive/black in color with a white underbelly.

This is a mildly venomous snake that can irritate humans if bitten. However, the only way this snake could bite a human is if someone puts their finger directly into the snake’s mouth as it’s rear-fanged.

The asp viper is one of the most venomous snakes found across southern Europe. The head is broad and triangular, the snout slightly upturned. Males are generally grey, while females can be grey, brown, and various shades of orange in a zigzag pattern along the body.

Asp vipers need plenty of sun exposure with a small amount of vegetation coverage, so they are often found in the low plains of the Pyrenees. They prey on small rodents.

In a single bite, these viper snakes can inject anywhere from 175 to 300 mg of toxin. This can be extremely painful, and if left untreated, can lead to a fatality. Luckily for us, encounters with the asp viper are very rare.

The Mediterranean scorpion is a common yellow scorpion found across many European countries. They average between 60–80 mm in length. These scorpions are often found in wetter parts of Spain further north.

While the toxin in this variety is not as strong as scorpions found in the United States or Central America, the sting can still be painful and life-threatening if an allergic reaction occurs. The sting is comparable to a wasp or bee sting.

There are several types of mosquitoes found in Spain, the most aggressive being the tiger mosquito. Mosquitoes are often around still water sources, such as ponds, rivers, and lakes. They can bite at any time of day but are most active around dusk.

Mosquitoes are carriers of many nasty diseases that can be transmitted to humans through the bite. These include:

The best thing to do with mosquitoes is to prevent the bite from happening. You can do this with a strong insect repellent and wearing loose-fitting clothing.

There is a common hatred for wasps around the world. The wasps in Spain however, mean serious business. Desert wasps, also known as the tarantula hawk, pack one of the most potent stings in Europe.

These wasps use their neurotoxin to paralysis the prey before carving it up with strong pincers. Lucky for humans, we are a little too big for the wasps liking – they prefer small insects and bugs, the biggest victim being tarantulas. However, this doesn’t mean the sting won’t hurt.

If you are unfortunate to be on the receiving end of a wasp in Spain, you’ll experience a burning sensation and swelling. This should subside over a few hours, and you can use ibuprofen to help speed up the process. But if you are allergic, then the reaction can turn severe and lead to breathing difficulties.

The wasps begin to buzz around Spain from April, depending on the weather, and can be a plague throughout the summer months. Most hotels and tourist destinations will do their best to remove nests to remove the problem.

The Spanish fly is a misleading name as this is an endemic beetle, not a fly. It’s also known as a blister beetle, so you can imagine what this thing can do. These beetles are a source of the toxic blistering agent, cantharidin.

Believe it or not, apothecaries used to stock these bright emerald beetles for aphrodisiac properties. However, they are now banned as they are highly poisonous if ingested in the wrong quantity, resulting in death. Throughout history, there are several cases where traces of the Spanish fly toxin are present, used as a murder weapon.

These beetles feed on the leaves of ash, lilac, amur privet, honeysuckle, and white willow tree. They are seen across Europe and should be left to their own devices in the wild if encountered.

Are there sharks in the Mediterranean Sea? Yes. Plain and simple.

The blue shark is the most common shark found in the waters around Spain. However, they do tend to stay in deep waters where the waters are cooler. The only time they come to shore is when they are seriously ill or young and lost.

Sightings do cause worry as these sharks can reach up to 10 feet in length. When seen close to shore, officials do close the beaches in Spain just as a precaution. Despite the fearsome and cold look in their eyes, blue sharks rarely attack humans.

Wrap Up: Dangerous Animals In Spain

What is the most dangerous animal in Spain?

The most dangerous animal in Spain is the processionary caterpillar. The hairs on these caterpillars are highly toxic and get caught in the wind, blowing across Spain and neighboring countries. They then hook into the skin and are difficult to remove, causing irritation, rashes, coughing, and potential allergic reactions.

Are there venomous snakes in Spain?

There are many species of snakes found in Spain, five of which are venomous and should be avoided. These include the Montpellier snake, Asp viper, Seoane’s Viper, Snub-nosed Viper, and the Den Adder. Some are more aggressive than others and have varying levels of toxicity. However, all should be treated with caution, and if an unlucky bite happens, seek medical attention immediately.

Are there dangerous spiders in Spain?

Spain has many species of spiders, three of which are most notable for the danger they pose. The Black Widow, Wolf Spider, and Brown Recluse Spider are all poisonous and can cause infection through a bite. Luckily, spiders often avoid humans so encounters and attacks are rare.

Are there crocodiles in Spain?

Crocodiles are found across many sub-Saharan countries, although, they are not native to Spain. However, there was a recent sighting of two crocodiles in Spain. Citizens of Castilla and Leon were told to avoid the banks of Pisuerga River while police carried out the search.

Are there wolves in Spain?

It may be hard to believe, but wild wolves still roam through Spain just some 60km from Madrid. The Iberian wolf can be found in the Guadarrama mountains, while brown bears also call northern Spain home. These are two dangerous animals in Spain that are best avoided, but incredibly rare to encounter.