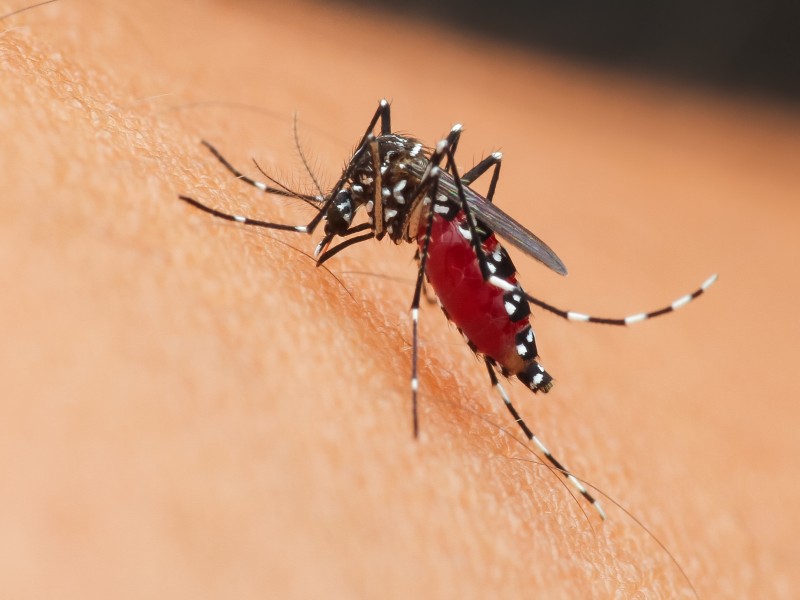 A Guide To Mosquitoes In Spain: How To Avoid And More

If you’re worried about the mosquitoes in Spain, then you’ve come to the right place. This guide has all the info you need about these frustrating fliers in the home of the flamenco dance and Manchego cheese. It’s a 101 for any travelers eager to tour the land between the Pyrenees and the Sierra Nevada but curious about what they need to do to protect against the perennial insects.

On a general level, it’s safe to say that you don’t need to worry too much about the mosquitoes in Spain. Transmission of deadly tropical diseases in this much-loved corner of Europe is not what it is in, say, central Africa or parts of Asia. Mainly, mozzies are more of an irritation than a threat to life, and it’s rare that they’ll ruin a once-in-a-lifetime jaunt to see La Sagrada Familia or the palaces of Madrid.

Still, we think it’s worth knowing just a little bit about mosquitoes in Spain before you jet over to this land at the heart of the Iberian Peninsula. Read on to learn where you’ll find them in the country, what risks there are when it comes to diseases, and – importantly – what you can do to fend them off while you sip that evening sangria overlooking the Med…

Are there mosquitoes in Spain?

There most certainly are mosquitoes in Spain. In fact, this country of twirling flamenco dancers and paella-sizzling tapas chefs is home to a whopping 58 individual native species of the dreaded fliers. On top of that, there are known to be two invasive species of mosquitoes in the country, including the much-maligned Aedes aegypti, the type often responsible for spreading severe tropical diseases like dengue and Zika (more on that later, though).

Most travelers won’t be able to tell the difference between the various mosquito species and sub-species that inhabit Spain. However, we think three in particular are worth knowing about. The first is the Anopheles mosquito, also known as the marsh mosquito. That usually lives near open bodies of fresh water and typically bites people at night. The second is the Common house mosquito (Culex pipiens), probably the most frequently seen specimen of all. The third is the non-native tiger mosquito, which is now predominant in the far south of the country.

Where will I find mosquitoes in Spain?

As a general rule, the further south you go in Spain the more likely you are to encounter mosquitoes. That’s all down to the climate. Mozzies are known to prefer hotter places and tend to become active in areas of the planet where the thermometers regularly read over 50 F (10 C). Studies have also shown that they become considerably more active in regions that see very high temperature peaks above the 82 F (28 C) mark.

Now, anyone who’s ever traveled in the Costa del Sol or the through the white-sanded beaches of the Costa Brava will know that sounds just like the south coast of Iberia. In fact, most of Andalusia and several other parts of southern Spain are officially designated as having a hot-summer Mediterranean climate, which is just about perfect for mosquitoes to breed and thrive. On top of that, the invasive tiger mosquitoes that have come over from Africa in the last few decades are much more suited to the drier, arid climbs of the south, further bulking up the numbers of mosquitoes you can find there.

This isn’t to say that you won’t find mosquitoes in other parts of the country. Recent studies have shown more and more species of the flier appearing in cooler regions like Galicia and Asturias in the north. The midsummer can also bring mosquitoes to the heart of big cities that are high in the central plateaus of the country, Madrid included.

Can the mosquitoes in Spain carry disease?

The bad news is that the mosquitoes in Spain can carry diseases. The good news is that they very rarely do. While the majority of mosquito species here are capable of transmitting disease, public health efforts in Spain and in much of the rest of Europe beyond from the 1950s onwards have all but ensured that the deadliest of mozzie-borne diseases are largely a thing of the past.

Let’s take malaria as an example. The NHS’s Fit for Travel portal notes that malaria is “not normally present [in Spain] unless the illness was contracted abroad.” It’s generally accepted that authorities wiped out local malarial transmission in the country in 1964. Since then, the 10,000 or so cases that have been recorded in the land of bull fighters is almost exclusively due to contractions in other countries, mainly in people returning from trips to sub-Saharan and equatorial Africa.

However, it’s not all rosy. Since the tiger mosquito and other species have established themselves in Spain, there have been outbreaks of other worrying ailments spread by bites. Most notably, the West Nile Virus made a bit of a comeback in the sun-splashed region around Malaga back in 2021 and there were further cases recorded in the summer of 2022. Around 20% of people infected with that will experience flu-like symptoms and a smaller group could even be at risk of death.

How to avoid mosquitoes in Spain

The general consensus is that DEET-based mosquito sprays are a bit overkill for dodging the buzzers of Spain. Although they are widely seen as the most effective protection against insect bites anywhere on the globe, they also contain some pretty potent chemicals. There have even been unverified reports that they can impact skin health and have other negative effects, especially if used incorrectly. However, if you’re really concerned then there’s probably no more powerful defense against getting nibbled than this.

Most travelers tend to rely on more conventional protection methods in Spain. They include covering up for the key mosquito biting times of dawn and dusk, wearing light clothing, and donning trousers and long-sleeved tops (mosquitoes love the wrists and ankles!). You can also make use of herbal-based mosquito repellants that include elements of citronella, and light mosquito-repelling candles whenever you go out to eat (which we hope you’ll be doing plenty of!).

It’s also possible to minimize your risk of falling foul of a mosquito in Spain by choosing to visit somewhere that’s far away from the highest-risk areas in the south of the country. We know that might sound tricky, since everyone and their gran wants to hit the glowing beaches of the Costa del Sol and the white pueblos of Andalusia. But there’s SO much more to see in this nation, from the soaring summits of the Picos de Europa to the wild, lush bays of Galicia, examples that sit in regions known to be less inundated by mozzies.

The other important thing to know about mosquitoes in Spain is that not all times of the year are made equal. These biting fliers are typically a lot more active during the – you guessed it! – warmer months. Sadly, that also coincides with the season that most travelers prefer to visit on account of the scorching heat and the endless sun. As a rough guide, the first mosquito swarms tend to hit south Spain in early May, hitting a height in late July.

One upshot here is that you can dodge the highest risk of mozzie bites by holidaying in the shoulder seasons of early spring, late fall, or even the winter. They’re not as hot so don’t see so many bugs. What’s more, there are other benefits, from fewer crowds at key sightseeing areas like Las Ramblas in Barcelona and the museums of Madrid to cheaper hotel and flight costs overall.

Mosquitoes in Spain – our conclusion

There are nearly 60 individual species of mosquitoes in Spain, along with at least two non-native species that have established themselves in the country. Thankfully, tropical diseases aren’t a huge issue in these parts, particularly since the nationwide eradication of malaria back in the 1960s. That said, there are still some infrequent reports of outbreaks of mosquito-borne ailments, like the West Nile Virus in Malaga back in 2022, for example.

The best thing to do to avoid being caught up in that is to ensure you protect against bites. You can do that by using strong DEET-based sprays (which many think are actually too strong for Spain) or by taking measures at key bite times, like covering up and staying inside at dawn and dusk.

Are there mosquitoes in Spain?

There are mosquitoes in Spain. There are over 50 types of the biting fliers in the country known today, not to mention one or two that are known as invasive species that have originated abroad. The most common is probably the common house mosquito, but you’ll also see a lot of the larger tiger mosquitoes in the south around regions like Andalusia.

Is there malaria in Spain?

Malaria was eradicated in Spain in 1964. However, that doesn’t mean that the doctors here have NEVER seen a case of the deadly disease. In truth, there’s been nearly 10,000 cases documented since then, though the vast majority of those can be linked to visits to other countries with higher malarial rates.