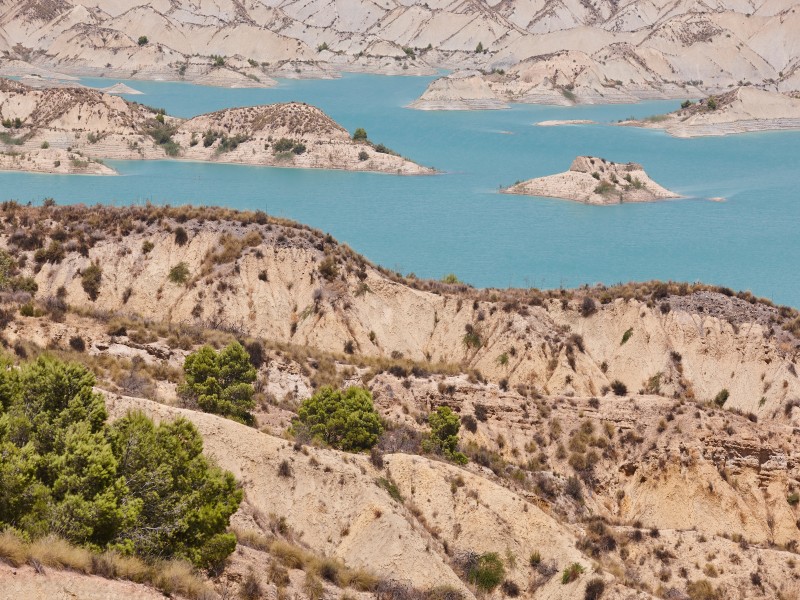 Is Murcia Worth Visiting: 7 Reasons We Think It Is

The sprawling Spanish region of Murcia is blessed with 250 kilometers of Mediterranean coastline, agricultural hinterlands, mountainous terrain, and medieval villages aplenty. Despite all that this community has to offer, Murcia remains somewhat of a hidden gem compared to tourist favorites like Granada, Andalucia, and Mallorca, but is its understated regional capital worth visiting?

The university city of the same is Murcia’s biggest and most popular metropolis. Despite being a lively student town, Murcia is punctuated with tranquil cobblestone streets, historical architecture, and scenic landscapes beyond the city limits that make for some great days out.

Out of the 36 million tourists that visit Spain every year, just one million people, on average, choose the Murcia region for their break. Still, this only adds to its charm and appeal. There are so many reasons why Murcia is worth visiting, and you’ll find just some of them in our guide below. Let’s get into it.

Murcia is a city break for people who don’t enjoy city breaks. Despite the sprawling shoreline of the Costa Cálida, Murcia isn’t a beach getaway either, set 50 kilometers inland from the waters of the Mediterranean. Instead, Murcia offers a bit of everything with a slow pace and small-town feel, but within easy reach of all that the Spanish coast has to offer.

Murcia is nowhere near as busy and crowded as cities like Alicante, Valencia, and Barcelona and it doesn’t always feel like a city. Still, that isn’t to say there’s not plenty happening.

In true Spanish fashion, the central plazas are where you’ll find most of the action. Plaza del Cardenal Belluga is the architectural showpiece of the city. The impressive Cathedral Church of Saint Mary, or Catedral de Murcia, has been designed in a mash-up of baroque and Gothic styles – another prerequisite of Spanish cities. Plaza de la Flores is the place to head for the best food and Plaza de Santa Domingo is the heart of Murcia’s shopping area.

The Old Town is as picturesque as in any other Spanish city, but unlike its better-known neighbors, Murcia is not a tourist trap. If you’re lucky, you’ll often find that you have the pedestrianised streets all to yourself, even in the high season. As a university city but also a family-friendly place, Murcia is less seasonal than other tourist destinations too. The general vibe is similar throughout the year, making it perfect for a winter weekend away as well as a summer jaunt.

It’s impossible to mention Spain without talking about the food, and Murcia certainly won’t disappoint if you’re keen to savor some authentic local cuisine. Although, it might not be what you’re expecting.

Forget chorizo, paella, and sangria, Murcia has its own regional delicacies like everywhere else in Spain and there are some distinct flavours that you’ll recognize in the cuisine. Murcia is often dubbed the “Orchard of Europe” thanks to its fertile landscapes and incredible fruit and veg that is exported to the rest of the continent. Murcian cuisine is influenced by the nearby sea too, but you’ll also find lots of fresh vegetables integrated into most dishes and there are some local favorites you’ll have to try.

Alcachofas de la Abuela, translated as “grandma’s artichokes” are a regional specialty and only found in Spanish restaurants that stick by traditional culinary techniques – many of which you can find in Murcia. These artichoke hearts are cooked in rich beef stock that is best mopped up with plenty of bread. There’s also the creamy Pisto Murciano, a ratatouille-style dish comprised of onion, tomato, pepper, and eggplant.

Murcia is well known for its desserts too. Be sure to try Cuerno, the meringue-filled party horns that are served at bakeries and cafes all around the city, as well as Paparajotes, made from battered and fried lemon leaves and seen as the emblematic treat of Murcia.

With incredible architecture, of course, comes rich history, and Murcia is brimming with it. The documented history of Murcia dates back to the Middle Ages when the city was founded by the Moors. Murcia’s five hundred year Islamic rule, starting from 825 AD, is prevalent in the art, cuisine, and culture. Despite the well-preserved Renaissance, Gothic, and Baroque style buildings that dominate the Old Town, Moorish sites can still be spotted among them.

A number of Christian churches have been built on Muslim mosques in Murcia and the Clara Monastery and Museum is a place where these two worlds collide. Once an Islamic palace, the enclosed convent has been inhabited by Clare nuns since 1365.

It still houses one of the oldest Arab pools in the world, along with a collection of religious artworks. Today, the nuns coexist with the museum space and Moorish remains. Remnants of the old city walls, known as the “Arabic walls”, can also be glimpsed around the city. One of the best places to visit the Arabic wall is in Plaza Santa Eulalia.

If you want to learn more about Murcia’s ancient history, check out the Museo de Arqueologia. Though small, the museum located in the heart of Murcia boasts a good selection of historical exhibits along with treasures and relics from the best excavations carried out in the region.

Murcia benefits from a perfect location for enjoying all that the region has to offer. The city is just half an hour from the coast, as well as some picturesque towns like Cartagena, Torrevieja, and Lorca. The El Valle y Carrascoy Regional Park also lies just outside of Murcia with forests, wetlands, dunes, botanical gardens, and even an animal rescue center for visitors to enjoy.

Still, you can’t head to Spain and not enjoy at least one beach day. The Costa Blanca is in easy reach of Murcia, straddling 200 kilometers of Mediterannean coastline from Dénia to the edge of the region, beyond which lies Murcia’s Costa Cálida, the less-trodden but equally spectacular 250-kilometer stretch of coast.

The Costa Cálida welcomes more hours of sunshine than most of Spain’s coastlines thanks to its micro-climate, and there are no less than 34 Blue Flag beaches dotted along its shores. In fact, the municipality of Águilas in the Murcia region is home to more Blue Flag beaches than anywhere in the country. One of these is Playa de la Higueríca, a sandy cove that sprawls for one kilometer on the edge of a nature reserve.

Murcia is ideal if you want to combine a city break with a bit of adventure. From the beaches to the dramatic landscapes of Mazarrón and olive orchards of Abanilla, you certainly won’t get bored.

This might not be the first thing you associate with Spanish cities, but it’s one feature of Murcia that makes it especially unique. Unusually, the region is dotted with natural thermal springs like the Balneario de Archena, used since Roman times, and the salt flats at San Pedro del Pinatar with their rich mineral mud baths nearby.

Balneario de Archena is now the site of a spa hotel with 19th century modern decor, but it offers day passes for visitors with full access to their indoor and outdoor pools, saunas, steam rooms, and treatment rooms at an extra price.

The salt flats at San Pedro del Pinatar are also surprisingly not best known for their nearby mud baths, but rather the spectacular populations of white flamingoes that flock to the body of water at the end of summer. Both of these unique spa locations can be found just outside the city, with the salt flats being 40 minutes away by car and the Archena only 20 minutes.

As mentioned, another thing that makes Murcia special is the delightful micro-climate of the Costa Cálida that makes the region a year-round vacation destination. Situated in the southeast of the country, the Murcia region experiences more hours of sunshine per year than much of Spain.

Costa Cálida literally translates as the “warm coast”, and it certainly lives up to its name. There’s an 80 percent chance of sun all year round, and the water temperatures here, from which it actually gets its title, are around five degrees higher on average than in the rest of the Med.

The region lies protected from cold currents of the Atlantic Ocean in the Gulf of Mazarron, but it’s not all about the coast. Murcia also has a unique micro-climate created by the mountain ranges in Northern Alicante, shielding Murcia and the Costa Blanca from cooler air while limiting rainfall.

Murcia is an artistic city and has played host to some inspiring creatives over the years. Francisco Salzillo, one of the most prominent sculptors of the 18th century, spent most of his life in Murcia, lending his religious-themed work to the dynamic history of the city.

Painter and poet, Ramón Gaya, was also born in Murcia. His collective works amount to more than 2,500 paintings, and can be found all over Europe and North America. However, the Museo Ramón Gaya in the city center, housed in a 19th-century manor, displays more than 100 of his pieces.

There are tons of museums and galleries to explore in the city, and most of the religious buildings also boast their own collections of historical works. Still, as art and fashion go hand in hand, it’s worth mentioning that Murcia is a great destination for shoppers too. You can peruse the galleries in the old quarter, before picking up a local arts and crafts souvenir, and rewarding yourself by dipping in and out of the designer boutiques.

What is Murcia known for?

Murcia is a dynamic region and although undeniably less trodden than neighboring communities, it is well-known nationwide for its Huerta and fresh produce. Huerta means “garden” or “orchard” in English, and Murcia is often dubbed the “garden of Europe” thanks to its fertile lands which are responsible for cultivating some of the finest fruits and vegetables in Spain. The produce is exported all over the continent. Murcia is also known for its folklore, based around its Huerta and spring festivals celebrating the agriculture.

Murcia is one of the safest and most welcoming regions in Spain with low crime rates and a well-trained police force. Fewer tourists brings less petty crime, and the manageable size, partnered with the university presence, helps contribute to the security siutation.

When is the best time to visit Murcia?

Murcia is much quieter than some Spanish cities, but the summer is still the most popular time to visit with summer holiday crowds ramping up the prices of hotels and flights. Murcia is a year-round destination, so if you want to save some money, spring and autumn are both great times to visit. Temperatures never dip below freezing and things can start heating up as early as May, with 80 degree days still being prominent into September.