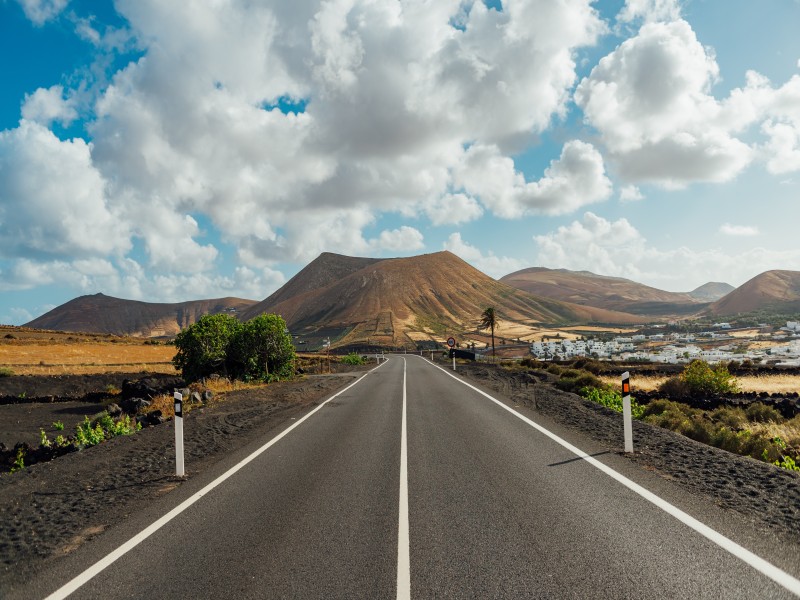 Is Lanzarote Expensive? A Price Guide To The Island

Is Lanzarote expensive? If you’re asking that then you must be planning a jaunt to this wild, rugged, and mountain-scarred island at the eastern end of the Canarian chain. We can only commend you because it’s a fantastic place…

If that’s stoked the wanderlust for Lanza this year, then be sure to read on. This guide will give an idea of what you can expect to spend while on the island. It includes estimations for everything from food to accommodation, activities to getting there in the first place. See you on the beaches of Papagayo, folks!

How much is a holiday to Lanzarote?

We’d estimate that a week’s trip to Lanzarote costs in the region of $1,190 per person. We get that figure by adding up what we think the average traveler will spend on food, accommodation, activities, and nightlife while on this volcano-topped member of the Canaries chain. It also includes a budget for getting to Lanzarote in the first place, using flights in from mainland Europe.

Naturally, you could spend a whole lot more if you wanted to pamper yourself and get the height of luxury. There are hotels that sell for upwards of $300 per night – think sea views, private pools, and spacious villa accommodation. You could also spend less than half of our total, by choosing package stays in affordable surf camps in less-visited parts of the isle like Famara and Órzola

Is Lanzarote expensive to travel to?

There’s just one airport in Lanzarote: The César Manrique-Lanzarote Airport (ACE). It’s located on the eastern coast of the island just outside of the main and only city, Arrecife. The chances are that this will be your entry point if you’re vacationing here, since the only ferries are rare connections from Africa and there’s certainly no road links because we’re talking about an island that’s a whopping 600 miles from the Spanish mainland.

The good news is that Lanzarote is inundated with low-cost connections to and from Europe. Budget carriers operate all year round but tend to run extra links in the peak season around Christmas and the midwinter months (when Lanza is a snowbird’s dream come true). Average rates for a ticket to the sunny Canary on fliers like easyJet and Ryanair can be as low as $30 each way without bags. However, airfare can also swell to around $200 return when demand increases.

You should expect to pay considerably more if you’re looking to jet down on a premium airline like BA or Iberia – something around $250 return in the height of the midwinter season is normal.

Overall, we’d recommend budgeting around $150 to arrive in Lanzarote in the first place, provided you’re coming in from elsewhere in Europe.

Is Lanzarote expensive for hotels?

You’ll be glad to know that Lanzarote has the full whack of hotels from both ends of the luxury spectrum. There are backpacker hostels and cheap-and-cheerful family apartments, but also high-class hotels with the full five stars and the pools and spa facilities to show for it. What you pay will depend on what you want out of your accommodation.

Here’s a look at options to suit all budgets and travel styles:

But the quality of the stay isn’t the only thing that will affect the cost of hotels here. There’s also location. Generally speaking, the closer you want to be to the beach the more you’ll have to fork out. That’s particularly true in the south-coast resorts of Playa Blanca and Puerto del Carmen, but less true of the less-visited north coast around Caleta.

Overall, we’d estimate most travelers will need around $50-80 a night for hotels in Lanzarote.

Is Lanzarote expensive for food?

Spicy mojo sauces, salt-baked potatoes, fish goujons, and volcanic-grown wine labels – all that and more is on the menu for foodies in this corner of the island chain. Tempted? Yep, us too. The good news is that Lanzarote is roughly in line with the other Canaries when it comes to food. Starters typically sell for €6-8 ($6.60-8.85), while mains go for €12-20 ($13.30-22.10). That all means you’re looking at around about €25 ($27) a head in a midrange eatery.

We find the supermarkets here just a touch pricier than in mainland Spain, but that’s precisely what you’d expect for a place that relies so heavily on imports from the EU. That said, self-catering is certainly cheaper than eating out every night and you should find that a lot of the hotel options on Lanzarote here include a kitchen or kitchenette of some description.

Overall, we’d estimate a budget of $50 per day for food, and perhaps more than that if you want to dine in restaurants every evening.

Is Lanzarote expensive for things to do?

The wild backcountry and the beaches are the two most popular entertainments in Lanzarote. Sadly, those two things can’t be enjoyed 100% gratis on this island, as there’s often entry fees associated with the best of them. (It’s €3/day to get into the Los Ajaches Natural Park for the beaches of Papagayo, for example, and €12 per adult for access to the smoke-belching Timanfaya National Park in the heart of the island).

That said, there are also loads of totally free beaches and natural areas to explore that won’t require you to drop a dime. Check out the hiking paths of the Risco Clifs and the beaches below the Mirador de Guinate in the north, or head to Órzola for free urban beaches with volcanic rock formations.

There are other activities in Lanzarote that will require you to set aside a bit of a budget:

We’d also say that the best thing you can do to pack your trip full of fun is to rent a car. That’s surprisingly cheap in these parts, with rates starting at under $10 a day for your own wheels.

Unlike Tenerife and Gran Canaria before it, Lanza isn’t that well known for its nightlife. There are pockets where parties happen until late – the south coast around Playa Blanca and the eastern resort of Playa Honda especially. However, the action is largely limited to those and the capital in Arrecife.

Price wise, heading out shouldn’t cost a lot at all. Draught beers here still come in at under €3 ($3.30) a pop. That’s even less than they cost in a lot of places on the Spanish mainland. What’s more, you can even snatch brews for less if you manage to catch the happy hour deals that are common in the main resort towns each evening – BOGOF and half-price offers aren’t unheard of.

Lanzarote’s wine is the pricier choice. With limited grape growing space and only a few parts of the island that are suitable for vine cultivation, it can be on the more expensive side. However, it’s still no fine French Bordeaux, coming with a price tag of around about €10 ($11) for a decent bottle and about double that if you’re buying in a restaurant.

We’d say budget $50-60 for a night out here if you plan on hitting the bars and clubs of the south- and east-coast resorts.

Is Lanzarote expensive? Our verdict

Not really. Lanzarote is actually a good-value member of the Canary chain and offers plenty of opportunities for shoestring travelers on a budget. We estimate that an average trip for everything, from flights there in the first place to meals in the local taverns to nights out on the town, costs in the region of $1,190 per person.

It’s also possible to go luxury and spend WAY more than that, by booking into chic five-star hotels that can command rates of over $300 a night in some cases. On the flip side, you can keep costs low by skipping the peak winter season when the snowbirds come and choosing lesser-known parts of Lanzarote that have cheap surf camps; places like Caleta de Famara, Teguise, or the quaint fishing port of Órzola on the north shore (all of which are lovely, by the way!).