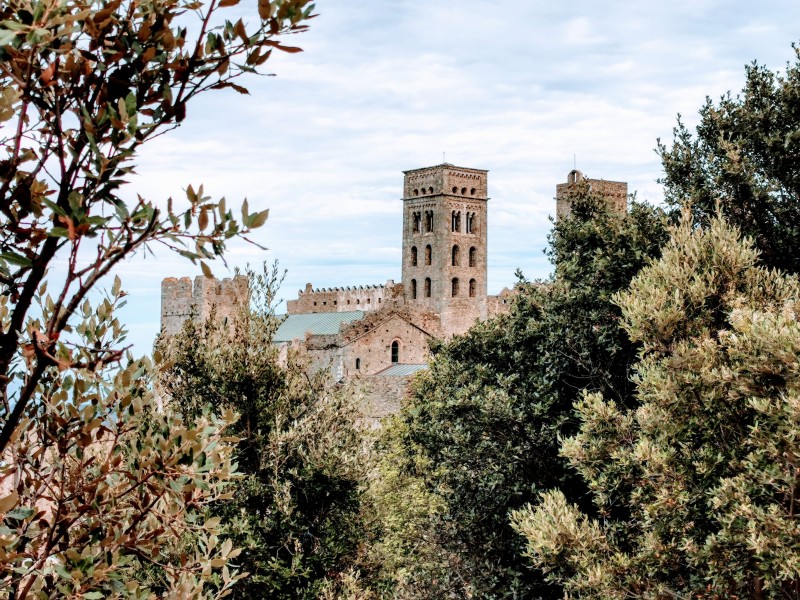 Is Girona Worth Visiting? 7 Reasons We Say It Really Is

Is Girona worth visiting? You bet it is. This Northern Catalonia jewel is second only to mighty Barcelona on the culture and nightlife front in this corner of Spain. It fizzes with life and energy, brims with historical architecture, and is famed for its atmospheric Jewish Quarter and downtown, where you’ll tread cobbled streets and learn about 2,000 years of human history.

But there’s also much more than old-school buildings and photogenic streets. This town sits plum under the snow-capped tops of the Catalan Pyrenees. Everything from ski runs to long-distance hiking trails is on the menu for the more adventurous travelers out there, plus arguably Europe’s most legendary bike touring circuits – Girona has established itself as the de facto capital of cycling on the continent in recent decades!

This guide will answer ‘is Girona worth visiting?’ by looking at several key aspects of the city. We’ll delve into the age-old center and the sights there are to see there, but also take a glance at the bumping nightlife and the wealth of outdoors pursuits that beckon as you move to the highlands and the peaks nearby. Let’s begin…

Girona is steeped in history. The city that you see today stands on the spot of an ancient Roman outpost that was named Gerunda; a fortress that marked the transition zone between Gaul and western Iberia. There are few traces of that oldest of epochs left to see in the town itself, but you can head out to find the amazing Ruins de Empuries and a Roman Forum perched on the Costa Brava in nearby L’Escala (it’s about 50 minutes in the car).

Later centuries saw the town flit from Moorish to Christian rule, eventually flourishing into one of the centers of Jewish culture in medieval Spain. There are plenty of landmarks and structures left over from that time, like the exquisite Catedral de Girona, which also comes with an enthralling exhibit space that hosts some priceless Romanesque tapestry works.

You should also take time to get lost in the Jewish Quarter. Dating from the 1100s, it’s among the oldest of its kind in the whole of Europe. And it’s truly unique, mixing ancient synagogues with charming, cobbled squares. Check out the Jewish History Museum and Institute of Nahmanides Studies there for extra info on the peoples who once inhabited the area before their expulsion in the 1400s.

Girona, like so many of the old cities of Catalonia and Spain, is one that’s sure to wow. We’ve already mentioned the wonderful Jewish Quarter. Also known as El Call, it rings the university complex on the side of the Onyar River, unfolding in a mass of cinnamon-tinted stone buildings that date back nearly a millennium. The streets there are postbox-thin, but occasionally open to offer glimpses of medieval chapels like the Romanesque Capella de Sant Nicolau.

Later periods saw Girona embrace more modern building styles. More specifically, the work of the town’s own great architectural prodigy, Rafael Masó, has come to be the defining feature of the center. He’s this city’s answer to Gaudi and his buildings range from the ramshackle Farinera Teixidor to the gilded Art Nouveau frontispieces of the Casa Cots.

If you’re willing to venture a little out from the city itself, then you can also catch sight of plenty more amazing building work in the surrounding region. There’s the soaring Castell de Sant Miquel on the lush foothills to the northeast, showcasing stoic 15th-century Gothic styles, and the fortified religious complex at Castell de Cartellà to name just two.

Cycling is to Girona what pizza is to Naples. It’s this city’s piece de resistance, so it should hardly come as a surprise that there are now oodles of pro riders and pro teams that winter here to train and prep for the main season. In fact, the city has been the stomping ground of big players in the ilk of Lance Armstrong and Christian Mieir in its time.

But why so famous? It’s a mix of the services that are available and the terrain that awaits in the surrounding region. First off, you can barely move for want of bike shops and outfitters, rental places and repair workshops in Girona. There’s somewhere to take care of your two-wheeled rigs around virtually every corner.

Second, some of Europe’s most iconic road routes beckon just outside of town. There’s no space to name the whole lot of them here, but the thigh-busting Rocacorba – a 10km climb that covered 750m of vertical – and the long-distance Els Àngels loop – Lance Armstrong’s onetime training circuit – are arguably the two top standouts.

Girona’s after-dark scene is fueled by a huge population of resident students plus a big cohort of traveling cyclists. When they combine in the café-bars of the center, you can all but guarantee there’s an evening of fun to be had. The summer tends to be the wildest time of all, but there are also winter festivals that keep the bars pumping throughout the low season.

When it’s time to get a-drinking, head down to the Plaça de la Independència. It’s very much the epicenter of the town’s gastronomy and bar offering. People gather there to sip cold beers after a cycle and to munch on pintxos (the local name for tapas) dishes with wine to wash it down.

Later on, there’s a medley of different sorts of places to push on to. They include the wonderful Sunset Jazz Club, for those Bill Evans evenings and highball cocktails, and the Alternative Dance Club, which plays a curious mix of rock and alt music.

Because it’s off the beaten track

For us, one of the biggest pulls to Girona is the fact that it’s not Barcelona. Now, don’t get us wrong. We’re not saying we don’t like Barca. We totally do! It’s just that Catalonia’s big, boisterous, booming capital can sometimes feel a little overwhelming. If you’ve never had to deal with the thronging crowds of Las Ramblas in the midsummer, then just take our word on that!

Girona, though, tucked under the mountains less than 40 minutes by train and 1.2 hours’ drive to the northeast, isn’t the same heady mix of masses. It’s way more off the beaten path and never feels too packed, even in the height of the main summer travel and cycling season.

Thing is, it still gives that sought-after glimpse into the unique history and culture of Catalonia. There are still tempting tapas eateries and beer joints overlooking handsome Gothic plazas. You’ll just get to sample it all without so many tourists around without the soaring price tag as there are down in Barcelona.

It’s not just two-wheeled explorations that Girona excels in. The location of the city amid the low-lying Pyrenean foothills in this far corner of Spain also makes it a doozy for those who like to hoof it on the trails. In fact, you can be lost amid the wooded river valleys and hills in less than 10 minutes after cruising out of the downtown.

Again, there are too many hiking locations near Girona to list in this general guide. But it’s easy to pick out a few of the finest options, which range from long-distance caminos to short romps through stunning natural parks. Let’s take a closer look:

Is Girona worth visiting for the beaches alone? Not really. In fact, technically speaking, Girona doesn’t have any beaches of its own. You need to travel out to the greater Girona region to score sands and Mediterranean Seas, the closest of which are at least an hour in the car or 40-50 minutes on public transport.

Still, we think the coastline is worth mentioning here because its close enough to be accessible during a Girona vacation. Oh yea, and it is simply, stunning. Rugged cliffs drop to turquoise coves, pockets of stone pines gnarl on the headlands, boats bob in Roman-era fishing towns – welcome to the wonderful Costa Brava!

A good balance between ease of travel and beauty can be found directly west in Platja de l’Illa Roja and Platja Fonda on either side of the Sa Tuna peninsula. The beaches there are famed for their uber-clear waters and pebbly sands. Talk about a top place to go for curing those post-cycle muscle pains!

Is Girona worth visiting? Our conclusion

Is Girona worth visiting? We think so. This city is steeped in rich human histories, with architectural jewels and monuments that tell the story of Roman rule and Jewish settlers from ancient times through to the Middle Ages and beyond. On top of that, it’s arguably the single most famous cycling destination in Europe, with routes for all levels, especially training pros. We’d also make a mention of the pumping, student-led nightlife, and the proximity of both national parks for hikers and stunning Costa Brava beaches for sunbathers.