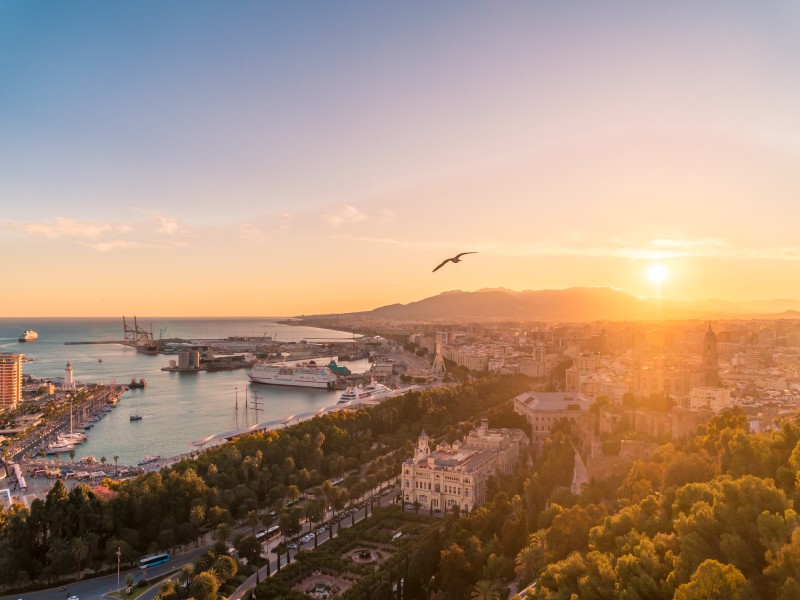 Is Cordoba, Spain, Worth Visiting: 7 Reasons to Go There

Is Cordoba, Spain, worth visiting? Of course it is! There is no reason why you should skip this beautiful Andalusian city. From oodles of historical sights to lots of sunshine, lively festivals, and delicious food, there are plenty of reasons why Cordoba stands out from the crowd.

Cordoba is the third-largest city in Andalusia and the hottest spot in Spain. It’s often overlooked by travelers in favor of more popular destinations such as Seville and Malaga, but there is no reason why Cordoba shouldn’t trump even those. That’s especially since it’s home to one of the top attractions in the region: The UNESCO-listed Mezquita-Cathedral.

This guide will try to answer the question is Cordoba, Spain, worth visiting by giving you seven good reasons to go. We’ll take a look at what makes this place unique and talk you through the best sights and attractions you shouldn’t miss. You’ll also learn about the local food, the nightlife scene, and the best day-trip destinations.

From narrow, cobbled alleyways dotted with whitewashed houses to historical monuments and hidden plazas, the Spanish city of Cordoba has a lot to offer. It’s a compact town with most attractions only a short distance away from one another. But there are also loads of unique neighborhoods to explore…

The old city of Cordoba is divided into different districts, each with its own charm and distinctive ambiance. It’s got the second largest old town in Europe, which also happens to include a UNESCO World Heritage Site. One part is San Basilio. That’s an area with pristine, whitewashed houses decorated with colorful flowers and plants, north of the banks of the Guadalquivir River. It’s also home to many historical monuments and churches, including the Alcazar de Los Reyes Cristianos.

Then there is quaint Santa Marina in the northeastern part of the old town. That’s named after the Gothic church that dominates the horizon. It’s a quiet district with only a couple of small, local bars and tavernas dotted around. South of that, there is San Andrés-San Pablo, which comes with buildings similar to those in San Basilio. That area gets busy on weekends, though, and is actually one of Cordoba’s nightlife hubs.

One of the most popular districts is Juderia, the former Jewish quarter. It’s situated northwest of the most iconic symbol of Cordoba, the Mezquita-Cathedral. Take a stroll around the winding, narrow streets there. They are packed with souvenir shops and have flower baskets hanging from the windows.

Is Cordoba, Spain, worth visiting for the sights? Certainly! Especially for one building that draws crowds to the city more than any other: The iconic Mezquita-Cathedral de Cordoba. It’s hard not to be wowed by the beauty of this masterpiece of Islamic architecture. The grand structure is home to a number of marble columns and serene courtyards with lush, green palms. It was built in the 8th century as a mosque but converted in the 13th century to a catholic cathedral.

Apart from the famous Mosque-Cathedral, there are loads of other buildings that reflect the city’s multi-faceted history. One of them is the Roman Temple, the remains of a more ancient era that was discovered in the 1950s. There is also an impressive Roman Bridge with arches over the Guadalquivir River, dating all the way back to the 1st century BC.

To further explore the landmarks in Cordoba, you can visit the Alcázar de Los Reyes Cristianos, a medieval palace with fantastic grounds, or Palacio de Viana, which is especially pretty in the spring when the flowers are in full bloom.

One of the reasons why Cordoba is a great place to visit is the festivals that fill up the city’s yearly schedule. The most popular one is the May event known as Fiesta de Los Patios. It’s there to celebrate beautifully decorated patios scattered across the city. Many residents open their doors to the public so everyone can enjoy their courtyards packed full of flowers and fountains and trees.

There are plenty of other events that take place in May. Apart from the patio celebration, you can expect La Feria de Córdoba, which is the spring fair, and Cruces de Mayo, when people make large crosses of flowers and drink oodles of beer and wine.

Semana Santa is another lively event that takes place during Cordoba’s spring. It’s a series of processions in the week leading up to Easter. In the summer, you can also enjoy Cordoba’s guitar festival (in July) and a flamenco night (in June).

The hot temperatures that Cordoba experiences during the summer months mean that much of the life happens during the cool night hours. That means lots is going on across this historical town well after the sun goes down. Whether you’re after dancing till sunrise, a glass of wine at a local tapas bar, live music acts, or fancy cocktails, you won’t have much trouble finding it in this Andalusian city.

Your best bet is to stay around the center. It’s dotted with nightlife venues. One of the places to go is Plaza de la Corredera. That’s one of the larger squares and it’s lined with outdoor restaurants and cafes that get filled with young crowds enjoying drinks until late hours.

If you’re after a club where you can dance until dawn, look no further than Córdoba Long Rock. They often have live bands on the weekends. If you want to try the best cocktails in town, we recommend the boho Distrito Cocktails Bar, or you can head to hip CEPA Craftbeer & Wine for quality brews and local Spanish Riojas.

Cordoba isn’t only one of the hottest places in Spain, but also in all of Europe. That might not sound great for the summer, when the temperatures often go above 100°F, but it’s great for visits during the colder months. That said, even if you visit Cordoba during the most scorching time, which we admit, can be unbearable, there are loads of narrow, shady streets and fountains to keep you cool.

The best time to come to Cordoba, though, is the spring. You can expect much warmer temperatures than in most places across the continent, pleasant for exploring all the sights that this city has to offer. It’s also when the flowers that decorate the streets and houses are in full bloom and the gardens and courtyards are bursting with greenery.

The truth is that it never really gets that cold in Cordoba. So, if you avoid the heat of the summer, you will always be greeted by pleasant temperatures and plenty of sunshine. If you happen to visit in July or August, though, follow the locals and try to grab some siesta.

Cordoba sits in the southern part of sunny Spain in the heart of the Andalusia region. It’s a perfect location for exploring lots of other fantastic destinations. The most popular option is probably Seville. It’s the largest city in the region, packed full of sights and attractions along the banks of the Guadalquivir. Real Alcázar, Catedral de Sevilla, and Plaza de España are only a few of the historical landmarks you can see if you take the 1.5-hour trip down south from Cordoba.

You’re also only a stone’s throw away from some of the most beautiful white villages in Andalusia. A sleepy town tucked between the mountains and rock formations, Antequera is only about an hour’s drive from Cordoba. You can also take a stroll around the cobbled streets of Priego de Córdoba if you drive a little over an hour.

If you want to escape the heat of the city, we recommend a trip to the Sierra Norte Nature Reserve. It offers lots of hiking and biking trails with panoramic vistas of mountains and plenty of gorges and waterfalls.

Given the sunny location and the rich, fertile lands of Guadalquivir Valley, Cordoba has access to some of the freshest food in Spain. Apart from traditional Spanish cooking, you’ll find plenty of dishes unique to the region. One of them is salmorejo, the local version of gazpacho soup, made from locally grown tomatoes. Another is rabo de toro, which is closely related to the bullfighting tradition cultivated in the city. It’s a stewed tail of a bull cooked for hours in red wine. It might not sound too appetizing, but it’s well worth trying.

There are oodles of fantastic restaurants all over the old town and the whole city. If you’re looking for high-end joints that specialize in modern Andalusian cooking, look no further than the two-Michelin-starred Noor restaurant. It might be pricy, but the quality of food and the outstanding décor make up for it. If you’re looking for something cheaper but no less appetizing, stylish Restaurante Regadera has you covered.

Is Cordoba, Spain, worth visiting – the conclusion.

Is Cordoba, Spain, worth visiting? We’d say yes. This sunny Andalusian city has lots to offer. It’s home to one of the largest old cities in Europe, packed full of historical buildings and interesting sights that reflect the region’s multi-faceted history. It’s also one of the hottest spots on the continent, which means you can enjoy pleasant temperatures during the colder months. There are oodles of delicious restaurants all over the city and a vibrant nightlife scene on top to boot.