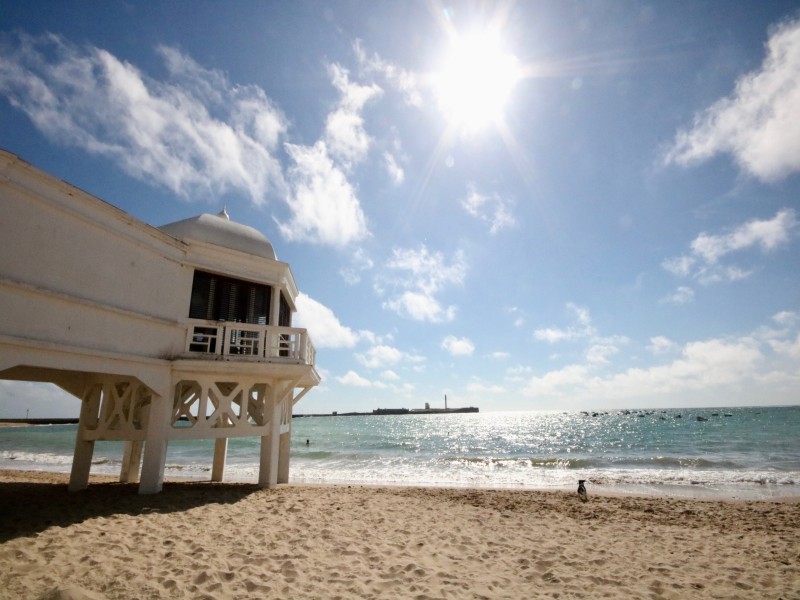 Is Cadiz Worth Visiting: 9 Reasons Why The Answer is Yes

Located on Spain’s Atlantic coast, Cádiz is a vibrant Andalusian city with a rich naval heritage and a base for exploration and trade. Jutting out in the bay on its own peninsula, near-entirely surrounded by water, the city was southwest Spain’s look-out point for thousands of years, but is Cádiz worth visiting in 2022?

Cádiz is thought to be the longest inhabited city in Spain and one of the oldest in Western Europe. Founded by the Phoenicians in 1,100 BC, the mix of cultural influences lingers in the city today where cobbled streets pave the wave through Roman ruins and whitewashed domed houses.

From the Old Town to the watchtowers, the medieval cathedrals, and the food, this guide looks at all the reasons Cádiz is worth visiting and what you can expect from the historic port. Let’s get into it.

Spanish cities are up there when it comes to Old Town squares and historic centers, and Cádiz is no different. Wandering through cobblestone streets, dining Al Fresco in a sun-soaked plaza, and getting lost among Gothic archways are all part of the fun.

There are some small neighborhoods in Cádiz that are definitely worth a visit for their undoubted Old Town charm. El Pópulo and La Vina are the main areas for narrow winding roads, majestic squares, high turreted houses, and surprising sproutings of greenery. Check out Plaza de San Juan de Dios, Plaza de las Flores and Calle Virgen de la Palma where lofty palms rise from the tiled pavements and quaint cafés line all sides.

Cádiz is definitely a city for sightseers. Although relatively small, there are enough landmarks packed within the city limits to entertain history buffs for days. As a hugely significant naval base, Cádiz is home to more than 100 spectacular watch towers and these medieval structures rise up all across the city skyline.

The highlight is Torre Tavira, the highest point in the city and the best place for panoramic views over Cádiz and the bay. The gold-domed cathedral is also a monument of interest in Cádiz. Not only breathtaking, but the Cathedral de la Santa Cruz is also massively symbolic of Cádiz’s exuberant past and the period of opulence in which it was built. The 18th-century structure, complete with two bell towers, shines in the Spanish sun and can be seen from most points in the city.

Be sure to check out El Gran Teatro Falla – not only a magnificent place to spend the evening as an audience member, but the theatre is a landmark itself and its history spans more than 200 years.

The special thing about Cádiz that makes it different from Alicante, Malaga, and even many seaside hotspots in France and Italy, is that the coastline is not Mediterannean. Cádiz sits on the Atlantic Ocean, and while this means you could find colder water temperatures and wilder waves, this is great for water sports and cooling off from the scorching sun.

The beaches also tend to be wide and impressive with white sands and deep blue water, perfect for exploring Cádiz’s underwater worlds. Check out La Caleta, the city’s Old Town beach that is a testament to how well Spain has perfected urban beach life. Once a harbor where Carthaginians and Romans anchored ships, La Caleta is picturesque and historic. There’s also Tarifa and Conil de la Frontera, nearby villages with their own unspoiled sands.

Spanish food, in general, is a reason as good as any to visit the colorful country. But Cádiz has its own sumptuous cuisine and amazing restaurant scene that makes a trip to the city all the more worth it.

Food in Cádiz is often influenced by the sea and temperate Atlantic climate. Rich in vegetables, grains, and fish, Cádiz’s food is largely Mediterannean but with its own unique twist. Ostras de Cádiz, or oysters of Cádiz, atún rojo de Cádiz, or Bluefin tuna, and ortiguillas fritas, or fried sea anemone, are all popular local delicacies that thrive in Cádiz’s seas. Cádiz is also thought to produce the best churros in the country. The globalized donut sticks are popular throughout Spain but Cádiz’s thin and crispy take on the sweet snack, executed with the perfect balance of salt and sugar, is something visitors have to try.

Cádiz is big on international cuisine too, with no shortage of upscale restaurants. Sushi is especially loved by tourists with an unbeatable freshness from line-caught fish. And the city is great for tapas. Nearly every restaurant will have a selection of portions that you can share with friends over a few glasses of locally made sherry wine, or fino.

Don’t be put off by the southwestern location – if you’re traveling around Spain and the popular southern and eastern coasts, Cádiz can look a bit out of the way. But trust us, it’s worth it. The city is a gateway into Andalusia and the day trips you can do from Cádiz are unrivaled.

From Jerez de la Frontera to Donana National Park, you can either travel by car or guided tour and really get a taste of Andalusian culture and some wonderful natural scenery. A walking tour with cheese and wine tasting is a popular option for many visitors, but the Blue Fag beaches along the coast also shouldn’t be missed.

Cádiz is just 1 hour and 20 minutes by car from magical Seville. The capital of Andalusia, it’s the largest city in southern Spain and wildly popular. Believed to be built by Hercules, the majestic architecture and thousands of years of history make it one of Spain’s most exciting destinations.

Shopping in Cádiz is endlessly entertaining and the stores and sights will ignite all the senses. Spending the day perusing the shops is a must. Check out the souvenir shops in the Tacita de Plata that are part of the typical tourist route. There are also tons of stylish boutiques and high-street stores in the Old Town to be explored.

Downtown Cádiz is like an outdoor shopping center. The bustling streets have commercial establishments of all kinds from kids’ toys, to luxury cosmetics, book stores, and household names. It’s also especially good for arts and crafts which can make great gifts for family and friends.

Warm and arid summers, and cool, windy, sometimes wet winters, Cádiz benefits from Spain’s warm temperate climate but with its own Atlantic edge. The temperature varies from 47 degrees Fahrenheit to 84 degrees Fahrenheit throughout the year but winter sun and scorching summers are reasons as good as any to visit the city.

The weather will rarely affect your adventures, but cooler shoulder seasons can be great if you want to explore nature a bit more without getting a sunburn. While May through to September is the perfect time to visit for a beach holiday, and the Atlantic breeze is a welcome relief from southern Spain’s characteristically hot days.

The shopping scene is one thing, but the markets are on a whole different level in Cádiz. From second-hand goods to antiques and whole plates of tapas, there’s something for everyone in the Old Town stalls, but El Mercado Central is an undoubted highlight.

Get lost among stalls of designer bags and fresh produce, before sitting down for a glass of prosecco and a plate of fritto misto. The central market is a historical landmark in itself and has been operating since 1838. Although remodeled time and time again, it has never lost its relevance and importance to the people of Cádiz. A social center to meet up with friends, plan meals and grab weekly groceries, and it’s equally enjoyable for visitors.

From the local artists’ galleries to the street murals and the museums housing famous regional works, Cádiz is definitely a city for art lovers. You can find three Goya masterpieces in the Museum of Fine Art, but the city’s most precious works are housed in the Cádiz Museum. Paintings by 17th-century Francisco de Zurbaran, curated for the high altar of Carthusian Monastery in nearby Jerez, adorn the walls. The “Holy Family” is also mounted here. This small copper painting was completed by the Dutch artist, Peter Paul Rubens, in the 1600s.

Cádiz also has its own Archaeological Museum, complete with Roman ruins and murals, and be sure to check out Sala Rivadavia near the marina where contemporary artists from Cádiz exhibit their paintings, photographs, and sculptures.

When is the best time to visit Cádiz?

Cádiz benefits from southern Spain’s warm and dry climate, with 90 degrees Fahrenheit summers and very little rainfall. Still, the peak season from June to August can be unbearably hot and school holiday crowds make the city less pleasant to navigate. Spring and early fall are the best times to visit if you want long, warm days, fewer crowds, and low season deals.

How many days do you need in Cádiz?

You could spend weeks in Cádiz and still not see it all, but three to five days is the perfect amount of time for a short city break where you can visit all the cathedrals, watchtowers, sample the cuisine, and have some time relaxing on the beach. Cádiz is also a great stop on an Andalucian road trip. If you’re visiting other areas of Spain and the surrounding region, give yourself at least two days in Cádiz city itself, before making the most of the fast motorways to Malaga and Seville.

How much should you budget for one week in Cádiz?

Cádiz isn’t massively expensive compared to other Spanish coastal cities and shoestring travelers shouldn’t be scared off from the sumptuous shores. The average traveler spends between €800 ($880) and €1,200 ($1,320) a week in Cádiz and around €1,700 ($1,870) for two people with shared accommodation. Still, if you stick to local food, cheap lodgings, and cook a meal or two for yourself in your vacation rental, you can get by on as little as €60 ($66) a day, not including airline fares. 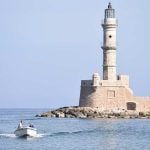