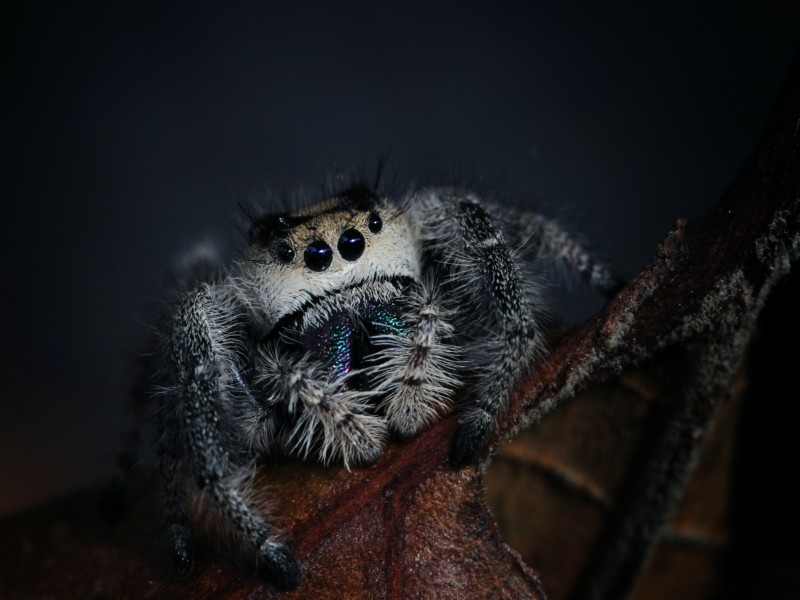 The 7 Most Dangerous Spiders In Spain: Arachnophobes Beware

Although Spain is home to over a thousand species of spiders, we’re pleased to tell you that very few of them are actually dangerous. The vast majority of spiders in this country are harmless and unlikely ever to give you cause for concern.

Incidences of deadly or dangerous spider bites in Spain are extremely rare. In fact, if you do get bitten by a spider, it is more likely that you will suffer from an allergic reaction or a secondary infection rather than severe symptoms from the original bite.

However, there are two species that can be dangerous or even fatal to humans and there are a couple of others capable of causing some harm. So to help you know what to look out for, here’s our list of the 7 most dangerous spiders in Spain.

The Brown Recluse Spider, sometimes known as the Violin or Fiddleback Spider, because of the violin-shaped markings on its back, is one of the most dangerous spiders in Spain. It’s renowned for the effects of its venom, which can have some very unpleasant results.

The venom of the Recluse Spider causes necrosis, where the soft tissue around the bite decays and dies. This can spread to a large area, leaving deep wounds which may require surgery or even amputation. Other symptoms include pain, swelling, shock, nausea, and fever. If left untreated, the venom can cause respiratory problems and organ failure, ultimately leading to death. So, if you are bitten by this spider, it’s essential to seek help immediately because treating the bite quickly is key to minimizing the effects.

But, as its name might suggest, the Recluse Spider is not aggressive and tends to shy away from human contact. It makes its home in dark corners, disused storage boxes, and amongst seldom worn clothes, linen and shoes. Most bites occur in the home when the spider is accidentally pressed or squeezed up against human skin, such as if you put on clothes or shoes with the spider inside. However, bites can happen outside, such as to this man who was near a beach and is thought to have put his hand down on the spider, causing it to defend itself by biting.

Europe has its own species of Black Widow Spider, known as the Mediterranean or European Black Widow. It differs from the original mainly in its markings. Instead of the classic red hourglass shape, the Mediterranean Widow displays scattered spots across its abdomen. These distinctive spots are usually red but can also be orange or yellow.

Its venom is toxic and can cause fever, nausea, excessive sweating, joint pain, abdominal cramps, and rapid heart rate. Although painful and unpleasant, the venom is not usually deadly; however, in rare cases, or if left untreated, it can be. It is most dangerous when the victim is a child, elderly or frail, in which case emergency medical care should be found.

Luckily the Widow is not an aggressive species and only bites when surprised, threatened, or provoked. Because of its liking for living in long grasses and wheat fields, many bites in Spain happen on farmland and where crops are harvested by hand.

Not what you picture when you think of a tarantula, perhaps, but this one is actually the true tarantula in that it got its name first. This spider was named for the city of Taranto in Italy. But the name came to mean just ‘large spider’ so when the hairy creatures that we now think of when we say tarantula was discovered, they were given the same name.

The Mediterranean Tarantula was once considered one of the most dangerous spiders in Spain and Southern Europe. Its bite was blamed for causing a hysterical condition called Tarentism, the only cure for which was for the victim to dance a prolonged, erratic dance. This ‘cure’ evolved into the Tarantella, an uptempo folk dance still performed in Italy and Spain today.

These days it’s thought that Black Widow Spiders were actually responsible for that illness, because the bite of the Mediterranean Tarantula, although painful, doesn’t cause any symptoms in humans. But given the size of these creatures – they can have a body of up to 30mm and long thick legs – it’s easy to see why they evoked more fear than the much smaller Black Widow.

At up to 10cm long the Spanish Funnel Web Spider, is the largest spider in Europe. It’s a distinctive creature, shiny black in color, with a flat, low slung body and large flexible spinnerets, the web-spinning organs on the rear of its abdomen.

Using these spinnerets, it weaves the large funnel-shaped webs which give it its name. It will hide in these deep webs between rocks and tree roots, waiting for unsuspecting prey to get entangled in the web. It will then run out and immobilize the victim with a venomous bite.

But this venom is not harmful to humans. A bite from one of these spiders is similar to a wasp sting and is only dangerous if you suffer an allergic reaction to it. It’s also extremely rare. These spiders are declining in number and are the only spider to be protected by the European Union. Killing or removing this spider is punishable by law. So spare a thought for this couple who found one of these monsters living in their house and are not allowed to rehome it.

Wolf Spiders do not build webs to trap prey but go actively searching for it. They are agile, resourceful hunters who sometimes pursue their prey and sometimes dig a burrow from which to wait and ambush it. Their prolific hunting makes them good to have around as they are efficient at keeping down other pests such as crickets, moths, and cockroaches.

They can be quite large, with bodies up to 30mm long, so you might not want one crawling around your house. But if you do spot one, you don’t have much to fear from them. Although they have venom, which they use to incapacitate their prey, it is not dangerous to humans.

Also, they would much rather run from humans than attack one, but are capable of giving a painful bite if provoked. It usually only causes mild irritation but if you suffer worse symptoms, you might have an allergy to the venom and should seek medical help.

Yes, there are Huntsman spiders in Spain. This might cause some terror because of the giant arachnids of the same name in Australia, but although the Spanish Huntsman is related to those monsters, it is nowhere near as large.

They do share their cousins’ speed, though, which can be alarming to witness. They use this speed to pursue prey because, like the Wolf Spider, the Huntsman does not use webs but actively goes hunting. Also, like the Wolf Spiders, they dislike confrontation and will run and hide from humans.

The exception to this is if you come across a female guarding her egg sack. In those situations, they can become aggressive and can give a painful bite which results in minor swelling or irritation. However, symptoms can be more severe if a person suffers multiple bites, so back away if you see a defensive female!

Jumping Spiders made our list because, while not dangerous, they are sometimes feared. They are not well-liked even though, as spiders go, they are really quite cute. The placement of their eyes and upright heads gives them an inquisitive expression that makes them a popular subject for photographers. But despite this photogenic appearance, many people just don’t like them.

Seeing one of them stalking or leaping on prey, often much larger than itself, can be an unnerving sight. They are intelligent hunters with excellent eyesight and will often watch their desired victim for a while, plotting the best route to it. Some of them can jump several times their body length and often use their web silk as safety lines to climb back up should they miss their target.

But whether you appreciate their skills or not, you need not fear them. In Spain, Jumping Spiders are only small and not dangerous. Most of them can’t bite through human skin and the ones that can cause something like a mosquito bite, with no harmful effects.

What is the most dangerous spider in Spain?

The most dangerous spiders in Spain are the Brown Recluse. Their venom is toxic, and a bite can cause severe, lasting damage and can sometimes be fatal.

What is the biggest spider in Spain?

The biggest spider in Spain is the Spanish Funnel Web Spider which can grow to have a leg span of 10cm.

Do spiders in Spain bite?

Yes, there are several species of spiders in Spain that can bite; not many of them are dangerous to humans, however, it is wise to get any spider bite checked by a medical professional just to be sure.