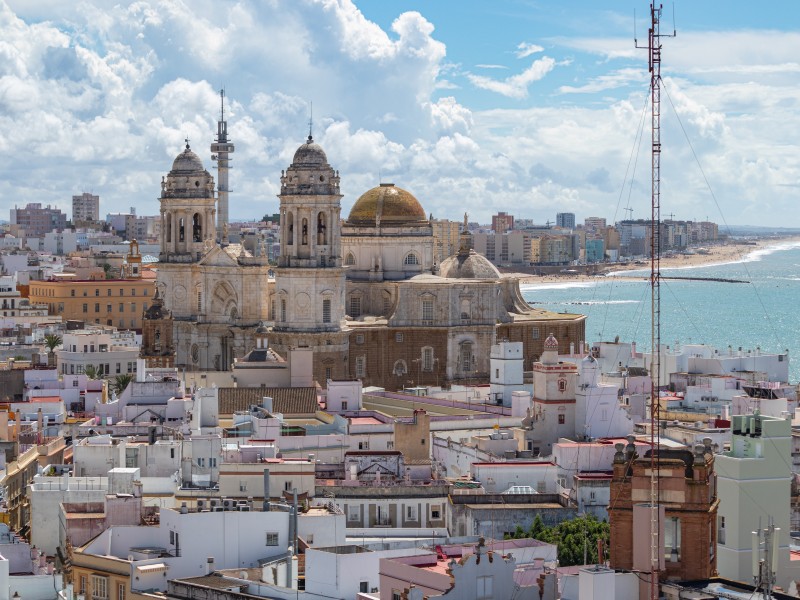 Cadiz or Cordoba? That’s not such a bad choice to have, you know? These are two of Spain’s most alluring cities. Both ooze rich histories, telling tales of Moorish rulers and sprouting majestic churches of Mudejar majesty. Both beckon with gorgeous natural landscapes and moody tapas joints. Both are bound to be fun.

But they are also quite different spots. One, Cordoba, is nestled into the rising foothills of the Andalusian sierras and comes topped by the age-old castles and spires of Spain’s onetime Muslim conquerors. The other, Cadiz, is washed by the salt spray of the Atlantic Ocean on the southwestern edge of the country. It’s flanked by beaches, specializes in seafood cuisine, and has an altogether different sort of old town.

As we’ve already mentioned – we don’t think you can go wrong in either of these places. However, if you simply can’t decide then look no further than this guide. It will delve into several aspects of each city to see which offers the most amazing attractions, the most enthralling history, the best natural wonders, and a whole load more. Ready? Let’s begin…

Cadiz or Cordoba for ease of travel?

There are two international airports in the vicinity of Cadiz: Jerez and Seville. The first is much smaller and only has a couple of links to other European cities like London and Luxembourg. The second is bigger, with WAY more flight options, but three times as far away (it’s 25 minutes to Jerez Airport from Cadiz but 1.5 hours to Seville). There are also hourly trains in from Seville, where you can connect to onward high-speed trains to Madrid and other major Spanish metropolises. Boats also arrive at Cadiz port from the Canary Islands.

Most people looking to get to Cordoba straight off their flight will also jet into Seville, which is equidistance between these two towns – that means a transfer of about 1.5 hours from the arrivals by car or a 30-minute fast train from the city. However, you can also make use of Malaga Airport to get here, which has plenty of summer flights since it’s the gateway to the Costa del Sol. Cordoba is also blessed with its own fast railway station, which means quick AVE services come in from Madrid and Barcelona alike.

Winner: Cordoba is just a little more accessible than Cadiz.

Cadiz or Cordoba for main attractions?

The legendary Mezquita is surely the main draw in Cordoba. A UNESCO World Heritage Site, it’s hailed as the piece de resistance of Muslim-Christian architecture in Iberia. You’ll find it plonked right in the thick of the city center, containing incredible Hypostyle prayer rooms and glorious court halls with arabesque architecture. The Old City of Cordoba surrounds that in a maze of narrow streets that open onto an ancient Roman Bridge, café-filled plazas, and a fantastic museum that chronicles life in the old kingdom of Al-Andalus.

The old center of the city should be top of the itinerary in Cadiz. And when we say old, we really mean it – this town is one of the oldest in whole world, with more than 3,000 years to its back. Within its labyrinthine streets, you’ll spy out the Roman Theatre next to the elaborate facades of Cadiz Cathedral. There are also stunning plazas and bustling Cadiz market, for shopping through farmer stalls and seafood merchants that haven’t changed much in centuries.

Winner: Draw – both towns are pretty impressive on the monuments front.

Cadiz or Cordoba for beaches?

There can only be one winner here: Cadiz. Why? Just look at the map. Cordoba isn’t really anywhere near the coast. It trades salty sand stretches for wild mountains (more on those later). In fact, the nearest beaches to Cordoba are the ones that mark the eastern end of the Costa del Sol just outside of Malaga. They’re nice but get busy in summer and do require that hefty transfer from the town – it’s about 1.7 hours’ driving in all.

Cadiz has no such issue. There are urban beaches here that run dramatically under the soaring castle walls of the old town. Check out Playa Santa María del Mar and La Caleta if you’re keen to bathe in between your sightseeing expeditions. However, the finest runs of coastline exist just on the peripheries of Cadiz. To the north, you’ll find the wide, sunbathing mecca of Playa de Valdegrana. To the south, the shores get ruggeder and offer Algarve-esque bays like Calas de Roche and Cala de Roche.

Cadiz or Cordoba for history?

There’s hardly an older city in the whole of Europe than Cadiz. Founded by Phoenician traders way back in 1,104 BC, it’s been a big player under Carthaginian, Roman, and Moorish rule over the ensuing centuries. All that really shows, too – you see 2,000-year-old monuments popping up from the very streets of the historic core, along with 17th-century churches and ancient harbors. The Museum of Cádiz is a great place to trace the many years of human habitation in these parts, particularly in its archaeological wing.

History, albeit more modern history, also oozes from everywhere in Cordoba. The town here was founded sometime around the 8th century BC but only really hit its golden age when it was elevated to the position of capital of the Umayyad Caliphate of Córdoba, which is the period that graced the town with its mighty Mezquita and other Moorish landmarks. There was a second boom period in the 1500s, which also helped to develop the get-lost-in-me old town area with more merchant houses and grand chapels.

Winner: Probably Cadiz – it’s one of the oldest cities in Europe!

Cadiz or Cordoba for the great outdoors?

The real jewels of Cadiz when it comes to the great outdoors lie along the coast. They come in the form of the sweeping sands of Matalascañas and Conil de la Frontera, but also the flamingo-dotted wetlands of the Doñana National Park. That latter reserve is a unique place in southern Spain, with winding waterways and bogs that go on for mile after mile. Getting to the famous Andalusian sierras from here takes some time. The closest are the relatively low-lying hills of the Parque Natural Los Alcornocales, an hour’s drive to the west.

Córdoba, though, is right there on the cusp of the Spanish mountains. Head to the northwest for just 40 minutes and you can enter the Sierra de Hornachuelos. Now covered by a designated nature reserve, the region is all about wooded plateaus and dusty ridges, carved through by the Guadalquivir River. An hour’s drive to the west takes you to the Parque Natural Sierra de Cardeña y Montoro, for olive farms and cave systems. Going south takes you to the more famous ranges that score along the Costa del Sol.

Cadiz or Cordoba for hotels?

Truth be told, Cadiz and Cordoba are pretty even on the hotel front. Both these towns get roughly the same number of visitors, which means they each have around about 1,000 individual properties for let in total. Some of the best options in Cadiz are along the seafront and in the midst of the old town area. They’re the best because they allow for walking access to all the main sights and attractions. Our picks would be:

In Cordoba, you’ll really want to be staying in the heart of the old city. That’s the place where you can soak up the Mudejar atmosphere and get a first-hand sense of the moody, historic nature of this medieval town. Our top hotels pick would be:

Cadiz or Cordoba for food?

Food is understandably going to be a BIG consideration in Spain – the home of tapas! Cordoba won’t disappoint on that front. It’s hailed as one of the tapas capitals of Andalusia, showcasing a mix of fresh Med cooking and hearty highland grub. The top dishes you simply have to sample are Iberian pork cheeks and refreshing Salmorejo, a sort of gazpacho made from tomatoes and served with garlic bread. Rabo de Toro is also a mainstay in these parts, too. It’s for carnivores only, since it’s all about stewed oxtails.

Cadiz takes a nod from the proximity of the sea and its long history as a booming port town to offer a cuisine that’s part maritime, part international, but highly traditional. Cue dishes like the tortillitas de camarones, which are fritters made with shrimps and earthy chickpea batter. Then there’s the papas con choco, a zingy seafood broth that includes cuttlefish. There are also fresh olives from the nearby sierras and sweet biscuit fritters called pestiños made with honey.

Winner: Another draw. But we’d say Cadiz if you like seafood.

Cadiz or Cordoba – our conclusion

Choosing between Cadiz or Cordoba might be a hard one. Both of these towns ooze history, although Cadiz is older, while Cordoba has arguably the most amazing relics of the Moorish age in Spain. Both also have alluring natural wonders nearby – beaches in Cadiz, sierras in Cordoba. The food in each town is sure to be lovely, too, though Cadiz will trump on the seafood front. What’s more, both are relatively easy to get to, though there are probably more flight and train options for getting to Cordoba than to Cadiz. 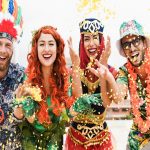