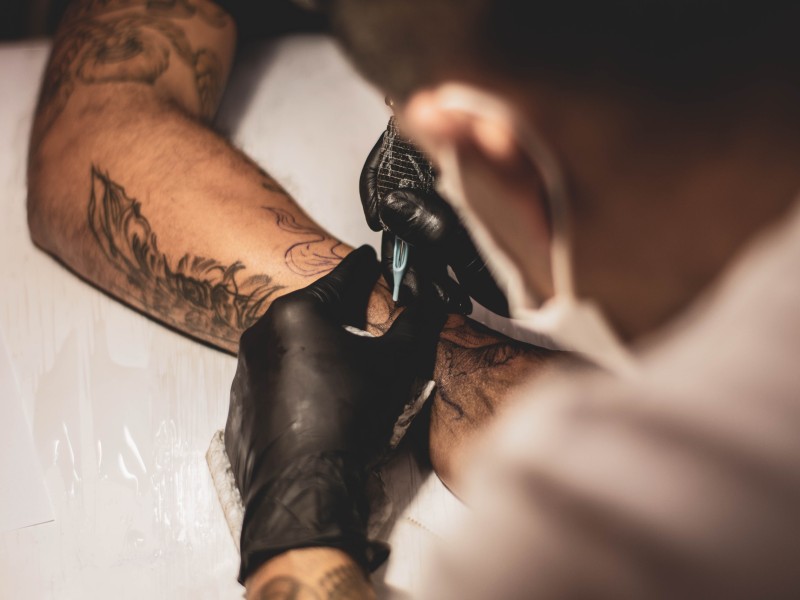 Getting Inked: The 5 Best Tattoo Shops In Valencia, Spain

Valencia is known as one of the most arty and cutting-edge cities in Spain. This is the town that fuses an immersive Ciutat Vella old district with the ground-breaking exhibits of the Ciudad de las Artes y las Ciencias museum complex, after all! It’s hardly a wonder that it’s a bit of a skin-ink hub on the Med, too, but what are the best tattoo shops in Valencia, Spain?

That’s what this guide is here to help you discover. It will run through a series of the top-rated parlors for ink and piercing lovers in the city. Some are run by famous local skin artists; others are more upcoming establishments with great offers for those keen to get some new body art on their escape to the city in the shadow of the sierras.

Naturally, we’d urge all would-be customers to do their own research before plumping for one of the spots listed below. It’s always a good idea to open a dialogue with a potential artist before engaging their services, even if these places have the reviews and ratings to give them a deserved place on this list of the best tattoo shops in Valencia, Spain.

No Land Tattoo Parlour bills itself as “much more than a studio.” Channeling the edgy and creative side of the city around them, the artists here are all about pushing the boundaries of what body art means in the modern age.

A wide range of over nine in-house inkers join a group of more than 10 regular guest tattooists to ensure that the joint can take care of pretty much any sort of style, from neotraditional tribal tattooing to oriental motifs and dot work inspired by the jab tats of Southeast Asia.

The place is headed up by veteran of Spanish tattooing, Sento. He’s been working in the industry for a whopping 22 years, across a whole range of parlors from Berlin to Washington DC, so you can rest assured you’re in good hands. The location itself also oozes authenticity and credibility, since it reflects the vibe of the tattoo art with touches of neo-Victorian design and antique decoration.

No Land Tattoo Parlour offers a range of piercings to boot. They range from basic lobes to navels and more. That’s all done by in-house piercer Perpi, who brings nearly 15 years of experience and a portfolio of work in Europe and Latin America into the mix.

Look for this spot on the Gran Via de Ferran el Catòlic just a few steps south of the Turia metro station on the north side of the Valencia old town.

Highly rated Bonjour Tattoo Parlour might have a name that hints more to France, but it’s yet another of the boundary-pushing art studios that really reflects the quirky styles of the city of Valencia itself. You can find it on the south side of the Ciutat Vella area, smack dab in the beating heart of boho-cool Ruzafa, the newfound hipster hub of the town – nay, the whole of southern Spain!

That’s just about the perfect setting for this classic parlor. You’ll enter and see demonic Indonesian motifs next to Les Paul guitars on the exposed-brick walls. The ubiquitous leather button sofa gives way to neon signs that flicker with the logos of Jameson whisky. You get the vibe.

Work wise, the folks here can handle a wide array of various artistic styles. There’s a big focus on sci-fi cartoon art and animal work, but it’s also possible to consult on photorealistic tattooing and monochrome small tattoo designs if that’s what you’re after. Again, the folks at Bonjour Tattoo Parlour can also offer piercings. They cover the full body from face to torso with all manner of style, stud to bar.

Once you’re done with your session, be sure to head out and explore the greater Ruzafa area. The block on which Bonjour Tattoo Parlour sits is riddled with out-of-the-ordinary bars and drinking holes, along with an array of ethnic bazaars selling spices and vintage clothes warehouses. Told you it’s a hipster dream come true!

The Five Moths Tattoo Studio is right in the nerve center of modern Valencia. It’s sat on the edge of the bustling Gran Via de les Germanies, easily reachable from the Turia gardens, the old town, and the hipster neighborhood of Ruzafa to the south. It’s also garnered a rep as one of the best tattoo shops in Valencia, Spain as a whole, and even Europe – it’s certainly worth considering if you want the cream of the crop in this city!

They do things a touch differently to the other options on this list. First off, the design of the place is far more stripped-down Scandi minimalist than the other Rockabilly styled joints mentioned above. Instead of the old-school barbershop look, this one sports whitewashed walls and simple calligraphy signs reminiscent of the New York Subway. In the place of colorful motif art, this one has basic monochrome designs.

That all sums up the overarching feel of the work that’s done within. It’s very much a case of less is more; of understated geometry and simple shapes that have an artistic effect that’s greater than the sum of their parts. We’re talking things like an S-bend snake in black and white, a Moroccan pattern, an ink-print remake of a Rorschach test. It’s all a bit different.

The team isn’t big. There’s just one in-house artist listed on their site. However, a regular rotation of guest artists that specialize in trademark styles keep a loyal following coming back for more. Walk-in tattoos are doable but only on small designs.

There’s a truly eclectic team waiting to help you get the ink you’re after at the Morning Glory Tattoo & Gallery. The joint is very easy to reach from pretty much anywhere in the city on account of its location just off the Gran Via de Ferran el Catòlic – just turn off at the junction for d’Àngel Guimerà and you’ll see the place about 100m down the street.

Laura Garuda specializes in the flowing and colorful styles of 1920s and 30s Art Nouveau. Christopher Mendez has a unique style that fuses cartoon and animist art with ancient Greek and Egyptian mythological subjects. Alexandra R does playful yet haunting sketch works inspired by 20th-century pop culture and comic art. Basically, you should find someone at Morning Glory to help you nail the exact design you’ve been thinking of.

The establishment itself is marked out by a series of print displays and a vintage-font sign close to the modern center of the city. It’s not big but they do handle a high volume of customers thanks to their offering of unique artistry and design. Book ahead. Walk ins aren’t usually accepted here.

You can get a short back and sides with a new ink by hitting Obsession Tattoo & Barber. It’s the only pick on our list of the best tattoo shops in Valencia, Spain, to combine a hairdressers with a skin-art studio in one. It’s also one of the only options on this list that’s not located in the main tourist areas, but rather out in the northern suburb of Tormos, about 25 minutes’ walking from the Ciutat Vella.

A team of something like eight in-house artists has you covered across a wide variety of different tattoo styles. You can pick pointillism tats that are built up using multiple small dot designs. You can go for Art Nouveau motifs or picture realism for portraiture works. The folks here also specialize in complex full- and half- sleeve cascade designs that include black and white murals, calligraphy, and color realism in one.

Extras are available in the form of hair trims, beard work, and piercings. The first two are taken care of by in-house barber Rober. He’s a maestro of razor fades and has access to a stock of top-quality hair products. When it comes to piercings, the in-house expert is Charlie, who brings years of experience in the field to give all sorts, from lip to lower ear to nose and more.

The best tattoo shops in Valencia, Spain – our conclusion

There are countless candidates for a list of the best tattoo shops in Valencia, Spain. Seriously, this arty and edgy city on the edge of the Mediterranean Sea has hundreds of ink studios for those looking to get something new during their sun-kissed vacation. We’ve worked to whittle all that down to just five top options here, going on both reviews and reputation to help you pinpoint the place that has the best artists in the city and the region.

As ever, we recommend that all would-be customers do their own research. Reach out to individual artists in particular studios to check that they are able to fulfill the specific design you’re after. It’s also a good idea to book well in advance if you’re traveling in the summer months. Many of the best tattoo parlors in Valencia, Spain, are located in popular tourist areas and can get busy between May and September especially.