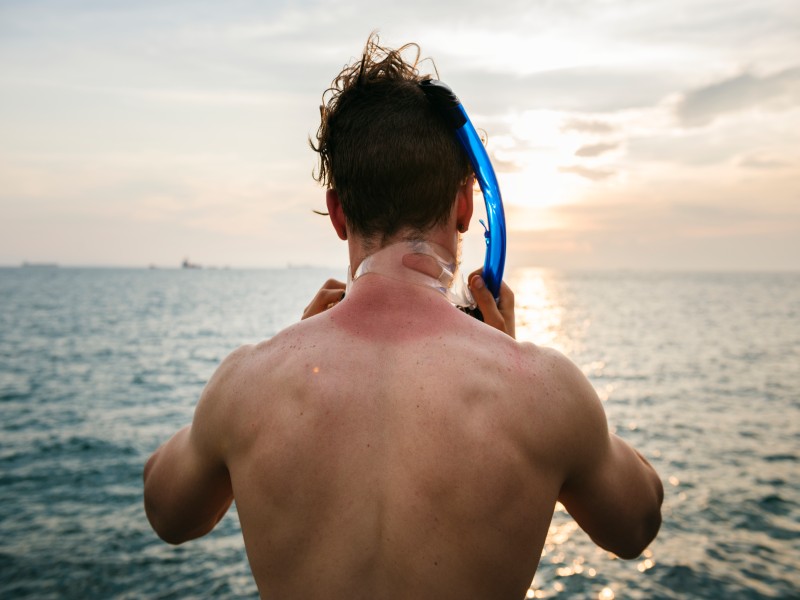 The 7 Best Snorkel Spots Benidorm Has Up Its Sleeve

The best snorkel spots Benidorm can muster promise to be a real treat for all the water babies out there. This much-loved resort town on the shimmering Spanish Costa Blanca is up there with Europe’s favorite summertime getaways specifically because of its gorgeous beaches and clear seas, after all.

Yep, there are oodles of places in and around town where you can go to strap on the goggles and breathe through the bubble pipe to see the amazing underwater world of the Mediterranean Sea. They’re spots where encounters with spiky urchins, schools of sardines, big groupers, and even rare sea turtles could be on the menu.

This guide to the seven best snorkel spots Benidorm can offer runs through a whole medley of options for the would-be marine safari goer. It’s got hidden coves around the rugged headlands to the west and east of the center but also long, sandy beaches that are patrolled and well suited to families on their summer vacays. Let’s begin…

We’d say Cala Almadraba is now unquestionably the finest of all the best snorkel sports Benidorm has on its roster. It strikes just about the perfect balance between accessibility – it’s under 20 minutes’ walking from the main Playa de Levante at the heart of the resort – and remoteness – it’s often possible to get the water to yourself here if you come nice and early.

On top of all that, Cala Almadraba is a quintessential Costa Brava cove. Rocky sides and high cliffs help create protection. That stills the water and keeps it calm enough for visibility to hit 30 meters and more in the peak summer. Oh, and there’s a mix of seaweed meadows and reef to get stuck into, hosting all manner of marine life, from rays to pipefish to elusive zebra seabream and more.

We’d recommend sticking to the eastern side of the beach. It’s the most sheltered and the most interesting part of the bay for snorkelers. During the summer, this one can get a little busier, so, again, we’ll reiterate – get in early for the quietest snorkel sessions.

The Cova del Barber is just one bend in the headland around from aforementioned Cala Almadraba. It’s a touch trickier to get to than its bigger bro, mainly because the coast path turns into something of a zigzagging route along the top of the cliffs this far east of the main resort center. However, that rewards with extra seclusion and the chance to have the snorkeling all to yourself.

Expect to find a small, narrow inlet that’s flanked by two dusty headlands clad in scrub bushes. They are big enough to protect from strong east and west winds, which helps to keep the H2O as clear as crystal. Big boulders submerged under gaping sea caves provide the snorkel playground, often hosting larger fish like groupers and eels.

Cova del Barber can be a nightmare to access. You’ll need to be comfortable with a bit of crag hopping if you want to get in by land – careful, it’s dangerous at points! Alternatively, you can sail around or even swim in from the easier access points in Cala Almadraba.

Playa de Levante is the main beach of Benidorm. Famed for its fringing of high-rise blocks and vibrant promenade that sprouts palm trees and more seaside cafes than you can shake a sangria at, it’s very much the anchor point of the whole resort. It’s also a Blue Flag beach that’s garnered a rep for its excellent water quality.

That’s great news for snorkelers and so is the uber-easy access to the Med that’s afforded by the softly sloping sands. They run for more than 2,000 meters in all, so you shouldn’t have an issue finding somewhere to explore all to yourself, even in the height of the summer months. There are also clusters of small reefs at the far east end of the bay along the edge of Punta Llisera, often even less busy overall.

The downside with Playa de Levante is that the sea floor here is largely given over to sandbanks that don’t host seagrass meadows to attract the bigger species. However, that really cements the spot’s place as a doozy for family visitors with the kids in tow, especially since there’s usually lifeguard coverage on the bay during the peak season.

Tucked into the very middle of Benidorm, between the long scythes of yellow sand at Playa de Levante and Playa de Poniente, Cala del Mal Pas is a bijou inlet with some top-quality snorkeling. We love it mainly because of the location – you’re literally steps from the atmospheric heart of the Benidorm Old Town here, wedged between the protecting harbor walls to the west and the Balcón del Mediterráneo to the east.

There are two sides to this bay. The left as you’re facing the open sea is clear and sandy. That attracts regular schools of sardines and groups of bream fish. The right side is rockier and dashed with pockets of seaweed, which is where you’ll be able to spot the occasional ray and larger fish species.

Two downsides here: The busy nature of it and the orientation. Crowds do flock to Cala del Mal Pas because it’s so central, which makes early-morning and evening time snorkel trips the best. On top of that, there’s a slight westerly angle to the beach, meaning it hoovers up windswells (especially in the winter) and can get pretty choppy – check the forecast before heading down.

Playa de Poniente is the quieter half of the Benidorm resort strip. It lies over the marina from Cala del Mal Pas and Playa de Levante on the western side of the town. Here, the promenade bars slacken off and get replaced by more chilled walking routes along a pretty run of golden sand.

Again, the water here tends to be calm and very accessible, even for the beginner snorkelers out there. That’s especially true of the westernmost point of Poniente Beach, where a big, rounded headland pokes into the bay and offers shelter from the dominant southwest swells.

Sadly, there’s not the same full-beach lifeguard cover you get over in Levante. Plus, there have been some reports of Poniente losing that coveted Blue Flag rating due to deteriorating water quality in recent years.

You’ll need to leave behind the buzz of the resort and head west along the winding coast roads to discover hidden Racó del Conill. A pint-sized coved tucked under the sunbaked rocks, it’s little more than 20 meters across. A sliver of gold-tinged sand lines the inlet at its base, with crags of rock protruding out on both sides.

Sounds like just about the perfect place to head for snorkeling, right? Right. There’s more than 50 meters of still, swimming pool-like H2O here that’s totally protected from all the oncoming swells. That offers access to hidden reefs and rock boulders, small sea caves and pebbly banks that draw in zebrafish and sardines by the bucket load.

The drive in from Benidorm itself takes a little longer than it needs to due to the indirect, winding road – you’re looking at 20 minutes in the car. There’s parking on the hills just above the beach itself. A walk of 5-10 minutes will bring you down to the access point for snorkeling.

Cala Fonda is one of the best snorkel spots Benidorm has for those after a true adventure. This hardly known bay lies along the wilder reaches of the Costa Blanca to the west of the resort. There are no main roads leading there, just the snaking Polígono Talades 26 track. Dusty parking pull ins provide the stopping point and then it’s a trek through the scrub bushes to the water.

What you’ll get is a cleft in the shoreline that’s almost certainly going to be 100% deserted. We’d rate it as an expert snorkeling area because the access point is a tricky clamber over sea boulders and the waves can be quite strong.

What’s lovely is that the sea life starts literally steps from the shore. Clusters of submerged stone provide a fine habitat for urchins and seaweeds of all types, while octopi and even sea turtles have been reported a little deeper in. Worth the trek? We’d say so.

The best snorkel spots Benidorm has – our conclusion

If you’re on the hunt for the best snorkel spots Benidorm can offer, then we don’t think you’ll be looking too long. This happening party resort in the heart of the Costa Blanca is famed all over Europe for its clear seas and pristine sands. It’s flanked by runs of rugged shoreline that break into coves and inlets, but also has long beaches that are better for families. The upshot? There are snorkeling spots for all levels, both close to the town center and in the vicinity. All will be better in the peak summer months, when the Med hits its warmest and the water is at its clearest.