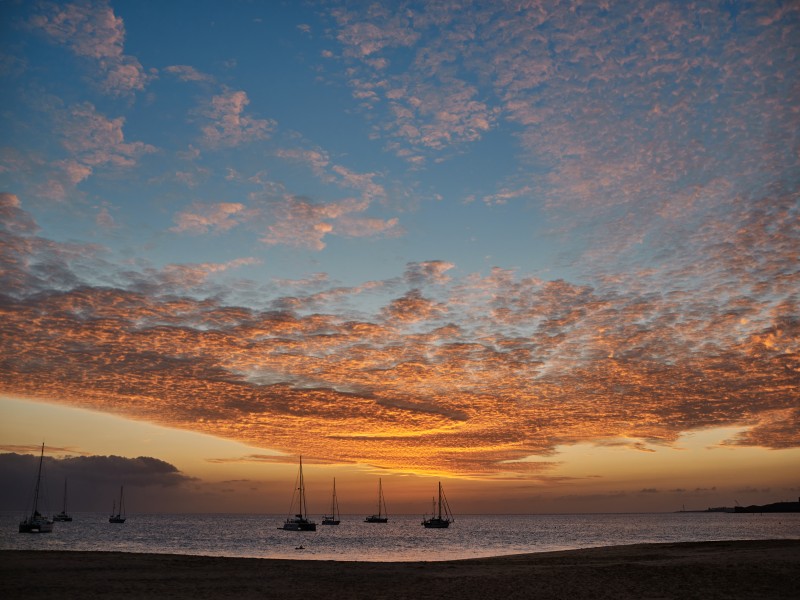 The 7 Best Places To Sail In Spain: From Med To Atlantic

Calling all budding skippers and first mates on the search for the best places to sail in Spain. This guide offers an insight into seven of the most tried-and-tested hubs for weighing anchor in the land of flamenco dancers and paella…

It hops from the glinting waters of the Mediterranean Sea in the south all the way to the wilder waters of the Bay of Biscay. The aim? To trim down a long list of potential sailing destinations to just a handful that might tickle the wanderlust of you and your crew this year.

It’s certainly got a good mix. Yep, our collection of the best places to sail in Spain comes replete with buzzy marina towns and whole costas of fun, not to mention lonely islands that lay claim to some of the best beaches in Europe and even winter-sun hubs where you can get sailing in the colder season.

Majestic Majorca is a yachter’s paradise. The largest of the Balearic Islands, it sweeps from a rugged western coast through to a flat, pine-peppered eastern coast, offering all the joys that you’d expect of a rock sat smack dab in the midst of the Spanish Mediterranean – snorkeling coves, sandy beaches, charming towns filled with cantinas serving fine seafood and tapas.

There’s plenty to get through here. Port de Soller is the waterside compadre of Soller itself, a charming mountain town surrounded by orange groves and citrus farms. There are some uber-famous beaches and inlets, like the bays of Cabrera and romantic Cala d’Or. Oh, and you’ve got wild party towns like Magaluf if you want them.

April to October is the main sailing season. It’s a time with much calmer seas and much gentler winds. That means you’ll go slower but island life is all about taking it slow anyhow. The main hubs for sailors in Majorca are Port d’Andratx and the big harbor in Palma, the UNESCO-tagged capital on the southern shoreline.

The Canary Islands are a long-running holidaymaker favorite. Bathed in sun for much of the year, they’re scorching in 70 F heatwaves while the rest of Europe is feeling the brunt of the midwinter. But they aren’t just for land lubbers wanting to top up the tan in time for Christmas. This archipelago has been considered a sailing mecca since ancient times…

A lot of that is down to the prevailing Atlantic trade winds, which brush across the whole island chain from northeast to southwest. They’re an almost-constant source of power for all shapes and classes of yacht and have even helped to make the Canaries a favored practice ground for Olympic sailors during the off season.

There’s lots to see. Go east and you get the more desert-like isles of Lanzarote and Fuerteventura. They’re beset by volcanoes and have pure white sands that tumble down from brown-paper cliffs. Go west and the landscapes become lusher affairs, with soaring mountains like Teide (the highest in the whole of Spain) looming over bustling resort beaches and mossy laurel forests.

Galicia is the very tip of Iberia. Exposed to the winds and swells of the Atlantic Ocean up on the far northwestern edge of Spain, the region offers an altogether different sort of sailing experience to the Med. Firstly, it’s cooler here, with weather that’s not always the clement mix of sun and cloudless sky you might expect. Secondly, the topography is notoriously rocky – you’d be in the company of many a Napoleonic-era captain if you ran aground here, so good experience is a big plus!

A highlight has to be the so-called Rias Baixas, a series of four river estuary inlets that span north from Bayona close to the Portuguese border. The first is Ria de Vigo, where you can see the launchpad for many a cross-Atlantic adventure in the big port and taste fine seafood while you’re at it. The next is Ria de Pontevedra, where uber-lovely Combarro village with its haunting shoreside shrines. Finally, you get to the Arousa inlet, a region famed for its fresh mussels.

Of course, the Rias are just one corner of Galicia. Further north, the wild lands of the Fisterra give way to totally deserted white-sand beaches framed by lush hills. You can hop straight off the deck to find epic surf breaks there or dock up to taste crisp Albarino white wines and fine Galician seafood.

The Costa Brava is arguably the best of all the costas for sailors bound Spain’s way. Why? Well, it’s just got the right topography for it. Rugged, rocky cliffs drop down from the edges of the Spanish Pyrenees here to meet a Mediterranean that’s strikingly clear and blue. There are lovely towns like Roses and El Port de la Selva where you can moor up to hit the beach and dine on Catalan seafood. And there’s plenty of summertime trade wind to bulge the sails.

Beaches in these parts also tend to be WAY less busy than their compadres on the more iconic Costa del Sol. They’re often small, ringed by fragrant pines, and divided up by big rocks that lend an air of the Seychelles to it all. Check out Cala Rovira, Platja de Treumal, and Santa Cristina for the finest around.

The other thing that puts the Costa Brava up there with the best places to sail in Spain is the proximity of the French border. It’s possible to launch international expeditions from here, to take in the lagoons of the Narbonne and even the first whiffs of the Cote d’Azur past Marseille, though that will require a bit more planning.

No list of the best places to sail in Spain could possibly miss out on the Costa del Sol. This region of golden sands and blue flag beaches that runs beneath the rising sierras of Andalusia has long been a hub for yachters of all stripes. It’s a place to moor for millionaire oligarchs, but also a fantastic spot for learning your skipper skills or renting a small motorboat as a family.

There are some seriously MASSIVE marinas to drop into along the way. They include the chic and pricy jetties of Marbella – head there to sip champagne cocktails in the company of celebs – and sprawling Puerto de Benalmadena – a town of high-rise holiday rentals with two very long family beaches.

But in a region so used to hosting sailors, there are ample anchorages besides the mainstays. Will you head to Malaga to see the buzzy birthplace of a certain Pablo Picasso? Would you prefer Fuengirola for party nights with the 18-30s crowd? Will it be La Cala de Mijas for visions of the whitewashed hill towns and food in fantastic tapas restaurants?

If you’re only planning on sailing for a day or two, then we can think of plenty of reasons why you might want to consider heading across to the isle of Formentera. The smallest of the Balearics is a pint-sized bout of everything that island region has to offer. It’s doable in a single sail if you want to, though we’d recommend a couple of sessions to really make the most of the relaxed vibe.

Most people will launch charters from next-door Ibiza. That’s a good idea since there are far more boat companies on offer on that more-popular isle. It’s a quick 30-minute romp across the strait to Formentera itself.

What awaits is a sleepy and stunning dash of land that hosts celebrated beaches on both coasts. When we say “celebrated,” we mean sands that would look right at home in the Caribbean – ivory white and washed by teal waters. There’s not really all that much to do on land but therein lies the joy. Sailing trips to Formentera are all about R&R, kicking back, and unwinding.

Only the second pick on this list of the best places to sail in Spain that sit on the northern Atlantic coast, the Basque Country is a real jewel for more experienced sailors. We say that precisely because this is the Atlantic Ocean, not the calmer Med. The main sailing season here spans the summer months, since strong storm swells and low-pressure systems can chop up the waters from October to March.

The towns of Donostia-San Sebastian, Orio, and Bilbao are the best options to launch from. They combine to offer marinas both big and small. Each gives quick access to the fabled Basque coastline, which threads together wave-washed surfer beaches with lush headlands topped by rock.

On top of all that, the Basque Country is linked to its namesake region over the French border. There’s really no reason why you can’t tack (no pun intended) on a trip to the beach towns of Hossegor and Seignosse if you’re based here, or even track up the French coast even further to the oyster meccas of the lovely Cap Ferret.

The best places to sail in Spain – our conclusion

A lot of the best places to sail in Spain are situated on the Mediterranean Sea. That’s to be expected. Calmer seas and more clement weather there allow for a longer sailing season, while destinations include the likes of white-sanded Formentera and the lovely coves of the Costa Brava. However, that southerly part of the country certainly has no monopoly on sailing in Spain. You can also go north to the Atlantic to find wilder reaches with surf breaks, or even south to the Canaries, where it’s possible to sail in the midwinter months.