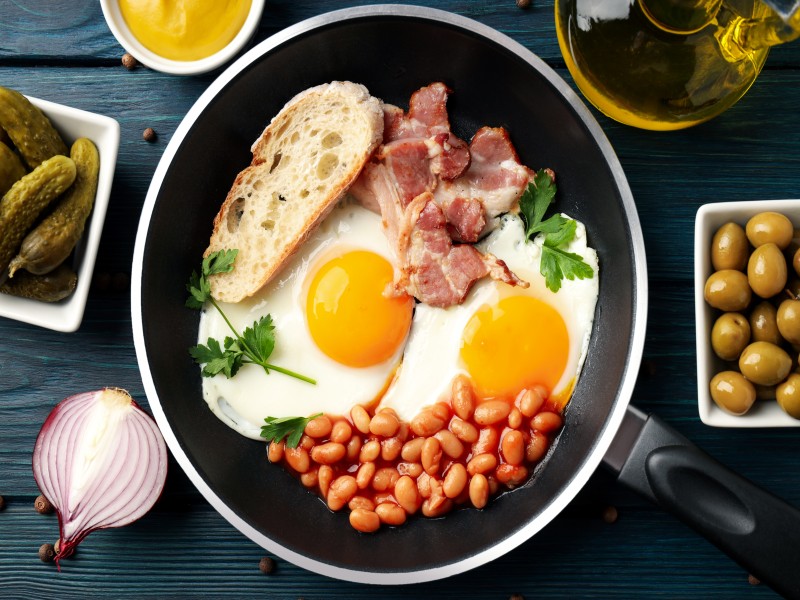 So, you’re on the hunt for the best breakfast in Playa Blanca, Lanzarote? Cue this guide. It’s a 101 to morning dining in this much-loved resort at the very end of the most rugged and wild member of the whole Canary chain.

It’s got picks that should suit a whole host of different sorts of travelers. Do you seek greasy full English fry ups to cure the hangover from the night before? Read on. Are you looking for a healthy bout of avo on toast to follow a trail run along the southern coast? Read on. Or is it a hearty neighborhood café with good vibes you’ve got your heart set on? Read on.

Yep, this guide to the best breakfast in Playa Blanca, Lanzarote, covers all that and more. Basically, it’s about showcasing the spots that you simply have to know about when you rise and shine between the volcanos and the pink-tinged sands of Papagayo.

Santo Zumo Fruteria Zumeria is unquestionably our favorite place to go for that morning meal in the whole of Playa Blanca – perhaps even the whole of Lanzarote! One part local grocery store, one part café, it’s a touch different to the usual rigmarole of full-English fry-up purveyors you get in many of the bustling resorts of the Canary Islands.

The morning specialty in the joint is the bocadillo. That’s a crispy Spanish sandwich cut lengthwise and filled with all manner of local goodies. At the Fruteria Zumeria, said local goodies could be anything from salty Iberico hams to local Canarian cheeses, spicy chorizo sausage to vegetable pates made in the in-house kitchen.

When you’re done munching on your morning baguette and sipping your wake-me-up coffee (which are also pretty lovely here), be sure to get a little food sourcing done at the adjoining shop. It’s everything you could want from a greengrocer’s, selling stacks of muddy tomatoes, glowing oranges, lush avocados – the list goes on and on.

Simple & Natural sits between the sleepy streets on the quieter side of Playa Blanca, just up the hill from the shimmering yellow arc of sand that is Playa de las Coloradas. That makes it about 45 minutes’ walking from the heart of the resort, or just over five minutes in the car for those who happen to have their own wheels.

We think it’s worth the drive. The spot bills itself as a health-conscious espresso bar. That’s a brief they nail and then some. The breakfast menu begins promptly at 9am and offers a range of omelets made with mushrooms, toast with tomatoes, or simple croissant and coffee combos. There are also some more filling Spanish bocadillo breads up for grabs.

Most of all, we love the setting. We’ve already mentioned how it’s a touch out of the spotlight compared to places in the center of Playa Blanca. That renders it peaceful and quiet. There are usually just a few people clustering on the outdoor tables by the roadside, and even fewer indoors between the quirky antiques and boho art pieces.

We put Restaurante Mamma Rossa down here on our selection of the best breakfast in Playa Blanca, Lanzarote, for its offering of late-morning brunches. For the late risers and the hangover sufferers, this acclaimed gastronomic outlet could be just the hit of salty and rich flavors you’ve been looking for.

Really, the strength of the menu is in lunch and dinner. The focus is on tapas, which runs the gamut from goat meatballs in full-bodied tomato and wine sauces to wild king prawns fresh off the sizzling BBQ grill. To start the day, you can pick from lighter bites, like the selection of Spanish cheeses and hams or the tingly patatas bravas to name just two.

The joint doesn’t officially open until 10am – see why it’s a better choice for late-morning meals? The location is prime, though. The front of Mamma Rossa spills straight out onto the promenade midway between the port and the main beach of Playa Blanca.

Betty-café has established itself as one of the go-to haunts of Playa Blanca’s considerably large expat population. As the morning light floods over the promenade and the beaches here, the series of casual metallic tables and chairs that spill onto the sidewalks just next to the Puerto de Playa Blanca port authority begin to fill up in earnest. There’s chatter, there are smiles, there’s an all-round good vibe.

Slowly but surely, the patrons will get to the menu and the coffee. The nod on that count comes from Germany. Mhmm…Betty-café is a self-styled German bakery that specializes in strong brews and sweet tarts. There’s all sorts on offer, from wild summer berry pies to zingy lemon cheesecakes to the ubiquitous Austrian-German strudel topped with ice-cream and whipped cream. Mouth watering yet?

The seating is usually bathed in sun by the mid-morning and the people watching is pretty darn fantastic. We also like the location for hitting the beaches of central Playa Blanca. There’s an especially nice stretch less than five minutes’ walking down the seaside boulevard to the east, while protected and family-friendly Playa Flamingo is 12 minutes’ walk to the west.

Simple but sweet Thea’s Coffee Shop is a fantastic on-the-go caffeine pitstop on the way to and from the main beaches and port areas of central Playa Blanca. It sits steps behind Playa Flamingo, which we’d say is the premier family beach in the area, but also within walking distance of the ferry port and the larger all-inclusive hotels that occupy the western part of the town.

An uber-casual joint, Thea’s Coffee Shop spreads between a tiled terrace area that has coverage from the morning sun and a stripped-down interior focused on a central bar. That’s where you order, from a menu that focuses on the basics – think carrot cake, coffee, and muffins.

Later on, the spot also starts to pour frothy beers and opens up what can only be described as one of the most sought-after ice-cream selections in the town. It’s certainly worth having on the menu then, because the sunset hour is fantastic here, since the action all happens directly westwards on the horizon.

You’ll have to travel just a little outside of the core of Playa Blanca to get to the highly rated Le Moka café. It sits on the western fringes of the resort, close to where the looming whitewashed outline of the Faro de Punta Pechiguera rises against the Atlantic Ocean. That puts it in the quiet residential area of Montaña Roja – the perfect place to start your day with a whiff of calm.

The cooked breakfast options are particularly well known here. The chefs offer a whole array of different sorts of omelets. Some come with wafer-thin ham worked into their center. Others are topped by fried potatoes and tomatoes. Others have mushrooms and peppers and a side of fresh bread with butter.

On top of that, there’s a fantastic full English spread that includes hash browns and fried eggs, plus some stacked club sandwiches that are great for a later brunch stop. Long-drink coffees that include frothed milk and cream are another of the specialties.

The Lighthouse Restaurant and Bar is another of the best breakfast in Playa Blanca, Lanzarote, that makes its home out on the western side of the resort in the upscale villa urbanization of Montaña Roja. In fact, it sits plum next door to aforementioned Le Moka, the other of our picks for morning-time dining in this pretty and chilled section of the island.

But Lighthouse is a far more casual affair than its compadre. Here, the menus read English roast dinners for Sunday and fish and chips for the evenings. In the early hours, the focus shifts to fry ups and egg butties and the like.

There’s usually a good showing of the local expat crew, so drop in for a chinwag and some people watching. The location is also great for exploring out to the rugged reefs of the western shoreline, especially the Naturale Luxemburgo baths that are cut into the coast just to the north.

The best breakfast in Playa Blanca, Lanzarote – our conclusion

If you’re on the hunt for the best breakfast in Playa Blanca, Lanzarote, then this guide offers seven options that could just tick the box. It’s got a good mix of establishments, from casual coffee pitstops on the edge of the boat marinas to more upscale tapas joints that specialize in late brunches. It also runs the gamut from picks that offer morning meals in the very heart of the resort to more out-of-town choices if you’re keen to leave the promenade behind for a spell. 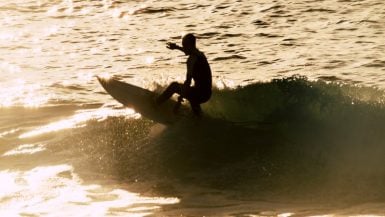 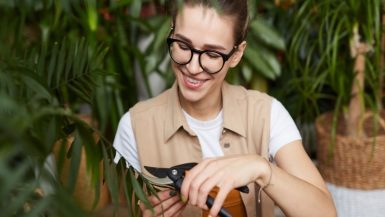 Is Zaragoza Worth Visiting: 9 Reasons the Answer is Yes 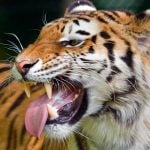 Most Dangerous Animals in Japan: 7 Species to Look Out For
3 hours ago 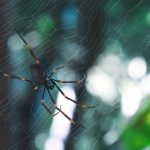 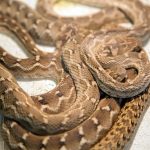