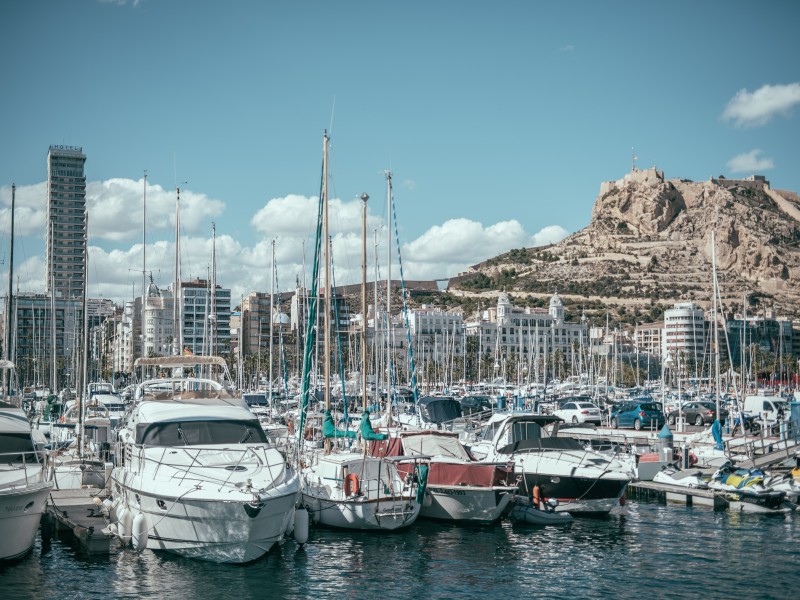 The 5 Very Best Areas To Live In Alicante For Movers

So, you’re on the hunt for the best areas to live in Alicante? Great! We can only guess that you’ve decided to head over to sunny Spain for a new life by the side of the sloshing Mediterranean Sea. We’re certain you won’t regret it!

But where are the top places to go a-hunting for that new home? This guide can help with that. It will hop from the rising sierras to the gold-sanded beaches of the city of Alicante to help you seek out the most alluring neighborhoods and districts.

We’ve tried to offer a good mix when choosing the best areas to live in Alicante, what with out-of-town districts that are beloved of young students and even nearby resorts where you can feel that holiday atmosphere all year round. Oh, and there’s a nod to the historic core of the city itself, too, where you’ll tread 1,000-year-old streets between sleepless bars and tempting tapas restaurants.

The Centro is the beating heart of Alicante, and it has been for more than 1,000 years. The district is marked out by the soaring rises of Santa Bárbara Castle, the iconic Moorish citadel that keeps watch over the skyline of the town to the east. It’s the principal reminder of just how old the whole quarter is, but also a magnet for sightseers and history buffs, who regularly make the arduous climb to the top to tread the medieval bulwarks that once stood against Christian rule in Iberia.

Back down at ground level, the Centro district spreads out west from the base of the castle along the side of Alicante’s main beach. At one end (the east), it’s a twisting, turning, winding maze of lanes and alleys that shoot this way and that, all overshadowed by leaning blocks of apartments and punctuated by ancient gateways from the 12th, 13th, and 14th centuries.

What’s lovely about getting lost in this venerable corner of the city is that suddenly you might happen upon some eye-wateringly wonderful monument or building. It could be the elegant Baroque facades and cupolas of the Cocatedral de Sant Nicolau de Bari d’Alacant here; maybe the gilded Fin de siècle Casa Carbonell there.

The Old Town is ALWAYS busy. In the summer, it’s a hubbub of day trippers and drinkers. In the winter, it remains of the focal point of Alicante history tours. That’s both part of the charm but also a downside for those looking to relocate – don’t expect much in the way of peace and quiet! On the flip side, it’s well appointed with drinking holes and tapas bars, and has a prime location within easy striking distance of both the port and ever-loveable Playa del Postiguet.

On paper, La Albufereta really does deserve a place on any list of the best areas to live in Alicante. Let’s just take a quick check list of what’s on offer: Sweeping views of the Mediterranean Sea? Yep. Links to the main center of the town on regular buses that take less than five minutes? You bet! Oodles of cafés and bars with a local vibe? Sure. Good property rental and purchasing options? Mhmm.

La Albufereta is tucked under the rising headland to the northeast of the main city. It’s an area that’s risen and risen to become something of a favorite of local families in the last few years, mainly on account of how quiet it is compared to other beachside quarters. But there are also nice, designated parks in these parts, along with top-rated Spanish and international schools for those looking to settle on a more permanent basis.

The trump card is surely the closeness of the water, though. A quick stroll of five minutes down the pedestrian lanes that weave and wiggle through the district should be enough to whisk you off to the sparkling sands of Playa de la Albufereta, a relatively small and secluded run of powder that has lapping waves and views of the main town to the south.

History buffs are also sure to like it here. La Albufereta is the gateway to the Lucentum Tossal de Manises, you see. That’s the ancient Roman city that once stood where modern Alicante does today. It’s replete with mosaiced floors and the plans of old temples, along with forum spaces where you can linger in the spot where people would have gathered to chat and haggle some 2,000 years ago! Pretty cool, huh?

The Cabo de las Huertas, or Cap de l’Horta, pokes out of the southeastern side of the city to meet the Med in a rugged display of fluted cliffs and crumbling headlands. It rises like a sheer wall from the water to a tabletop which is capped by one of the loveliest residential quarters in the region – think regimented rows of beige-tinted homes and condos, clean streets plumed in blooms of bougainvillea, and the occasional cluster of cafes and bars and shops.

Choosing to live here means choosing a truly local area. You’ll dodge the high-rise hotels and the B&Bs of Centro completely, trading the trodden tourist promenades for blocks of lived-in apartments that aren’t just there for the boom times of the summer vacation season. That has many pluses, but mainly it’s great for those looking to find somewhere that will be lively and welcoming in December just as it is in June.

The other major pull of living on the Cabo de las Huertas has to be the coastline. We’ve already mentioned how it’s a rugged medley of cliffs but that hardly does justice. The eastern end is fringed by the palm-sprouting run of Playa de las Huertas, a wave-sloshed beach that’s a doozy for windsurfers in the hotter months. The south is interspersed by coves like Cala Cantalar, where you can go to snorkel and swim without anyone else around.

The main boulevard here is Goleta Avenue. That strikes through the whole center of the Cabo de las Huertas, offering the main shopping and dining options. There’s also plenty more to be found on Av de la Condomina just one block to the north.

Sant Vicent del Raspeig isn’t technically in Alicante city at all. Instead, it’s a separate town tucked down the valley to the north, between quarry stone mountains some 20 minutes by car from the beaches and the medieval quarter. For those looking to relocate to the region, it’s likely to feature quite highly on that property hunt, largely because you’ll find prices dip considerably (up to 30% in some cases) when you trade Alicante proper for this lesser-known district.

Tempted? We thought you might be. But what’s on offer up in Sant Vicent del Raspeig? First off, the town is the home of the main Alicante University. The campus dominates the whole south side of the town and there are lecture halls and galleries affiliated with the college all over the place. That brings a youthful and cultural vibe and means everything stays lively even when the tourist hordes have departed after September (which is when the university term usually begins in earnest).

The other thing we really like about Sant Vicent del Raspeig is just how easy it is to escape to inland Alicante from here. In the same time it takes to get to the Mediterranean Sea going south, you can reach the base of the Sierra del Maigmo going north. That means swapping sunbaked sands for sunbaked peaks where hiking paths move through groves of gnarly cacti and rock faces beckon climbers of all stripes.

The downside of Sant Vicent del Raspeig is that it’s a much more modern town than many on the Spanish costas. Don’t come here to immersive yourself in quaint pueblo blancos architecture or see the remains of churches from the Reconquista era. The place was only built in the 1840s, which makes it positively young by European standards!

For that bout of sun, sea, sand, and Spanish costa life, El Campello is arguably one of the best areas to live in Alicante. It’s one of the lesser-known resorts of the Costa Blanca strip, offering just over 15 miles of uninterrupted sand along the sparkling Mediterranean Sea. Look for it to the east of Alicante town, a mere 25 minutes’ drive over the Cabo de las Huertas down the A-70.

The roots of El Campello aren’t all that old. But then they aren’t all that young, either. The town was first raised as a lookout point to counter raids by Berber pirates in the Med. Later, it rode the tourism boom of southern Spain like all its compadres and became a top family escape between the more party-heavy towns that surround it. (That’s actually one of the reasons why we think it’s worth considering: The vibe here is chilled, quiet, and great for those looking to move with the kids in tow.)

The beaches are the main pull. They start with long and lovely Muchavista and the Platja del Carrer de la Mar, which you can get to by walking from the center. But there are also coves for snorkelers and wild swimmers stringing along the Punta del Riu to the south, not to mention pumping party beaches courtesy of Benidorm if you push north.

Because it’s small compared to Alicante proper, you don’t get the same overload of eating options in El Campello. There’s still plenty to sample, though, all strung along the promenade in a montage of Japanese sushi joints and aromatic Spanish tapas bodegas. One downside is that much of the action will stop during the low season.

The best areas to live in Alicante– our conclusion

It’s not hard to find candidates for the best areas to live in Alicante. This sunny Spanish city is one of the most sought-after holiday escapes in the nation and has the areas to show for it. We’d consider looking in the Old Town (also known as Centro) if you want a little bolt hole in the thick of the action and the nightlife. However, quieter residential areas like Cabo de las Huertas and the nearby resort of El Campello might be better choices if you want extra solitude and better property options.