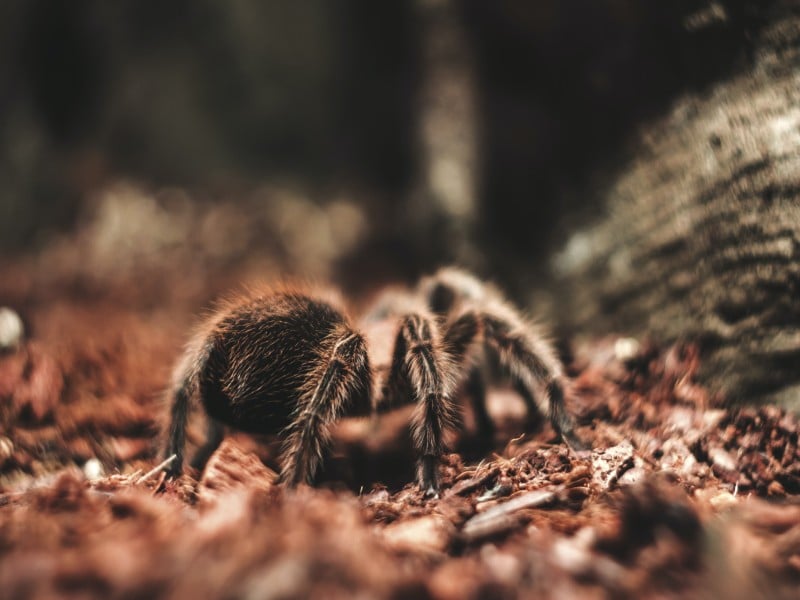 The 5 Most Dangerous Animals In Romania To Watch Out For

If you’re wondering about the most dangerous animals in Romania then we can only guess that you’re planning a jaunt to the home of Count Dracula and the rolling hills of stunning Transylvania. Great! It’s an enthralling and amazing part of Eastern Europe, complete with haunting castles, Carpathian ski fields, and medieval mountain towns.

But…back to those dangerous animals in Romania. This guide will hop from the north to the south, the Black Sea to the Hungarian borderlands, all on the search for five of the deadliest and most formidable fauna the nation has up its sleeve.

There are some particularly gnarly critters to feature – think venomous snakes that are more deadly than the usual adders of the west, and beefy bears that could kill with just one slash of the paw. On top of that, you’ve got scorpions with stingers and even roaming wolf packs. So, without further ado, here are the most dangerous animals in Romania to watch out for…

Anyone scared of snakes, look away now – the horned viper isn’t just one of the most dangerous animals in Romania, it’s one of the most dangerous animals in the whole of Europe. It’s certainly the deadliest snake on the continent, outstripping the common adder and the like to offer a venom that is known to have strong effects on human victims and even potentially fatal consequences.

The geographic range of the Vipera ammodytes snake has Romania as its northern extremity. It’s found basically all over the southern heartlands of the nation, but not in the deeper mountainous recesses of the Carpathians or in the Maramures Mountains. Really, the hotspot for meeting one of these is along the Serbian border and the Danube up to Petrosani and Hateg.

Although it’s often referred to as the sand viper, this snake isn’t usually found in sandy places. Instead, it prefers exposed hillsides, rocky bluffs, and habitats that have water sources and sporadic tree growth. The saving grace for those that cross its path is that they aren’t usually aggressive, and are even known to flee after showing their defensive pose. We wouldn’t want to risk being around for that, though!

Romania is the last stronghold of brown bears in Europe. The country is thought to host something like 60% of the total remaining population on the continent and a significant portion of the brown bears left on the whole planet – something like 6,000 individuals of a total global population of 200,000 make their home in this eastern corner of the Balkans.

The reason they do so well here is largely down to the great S-bend of the Carpathian Mountains. That slides through the nation from west to east and then back again, offering ample habitats for these hardy low altitude to highland dwellers. It’s got gallery woods, gurgling rivers that brim with fish, and open slopes where bears can roam alone.

Brown bears are beasty customers. They can grow to a car-crushing 2.8 meters in length and stand more than 1.5 meters tall even when on their hind legs. Known as grizzly bears in the USA for their shaggy fur, they also possess colossal claws on all paws that can get to nearly four inches from end to end. Add to that elongated incisors and canine teeth and you get a picture of an animal that you really don’t want to be doing battle with – ever seen The Revenant?

Scared? Well…bear encounters and bear attacks are on the rise in Romania. Unofficial figures show that over 100 people have been injured by these Eastern European grizzlies in the last two years alone. It’s gotten so bad in the country that some locals are now even afraid to go camping or sleep al fresco.

There are only three places where the Euscorpius carpathicus species is known to exist in Europe. All of them are in Romania. The first are the various ranges of the Banat Mountains, which rise at the far southern end of the Carpathian chain. The second is within the stunning Cozia National Park, a land of jagged karst ridges and sylvan river valleys. The last is within the Buzău Mountains at the easternmost fringe of the Carpathians between the Trotus and Slanic rivers.

One of only a handful of scorpions on the continent, this species is considered mildly venomous to humans. However, it’s also thought there could be potential complications from a sting in certain patients, especially those susceptible to anaphylactic shock or severe allergic reactions.

The very best thing you can do if you happen to cross paths with the Carpathian scorpion is keep your distance from the stinger. That’s the piece of the body that can do the damage and it protrudes several inches out of the back of the thorax. The only downside is that spotting one of these guys might be tricky in the first place – they’re tinted a deep forest brown and usually live in thickly wooded habitats, meaning they’ve got better camo than a 90s raver.

You’ll probably know this snake by its more common name: The adder. Present pretty much all over mainland Europe apart from the hotter reaches of western France, Spain, and Portugal, it’s known to reside in a whole host of habitats, from sand dunes near beaches in the UK to the forests of the low-lying Alps from Germany all the way across to Slovenia.

It’s also present in Romania, where it thrives in the inland parts of the nation away from the warmer Black Sea coast. In fact, it thrives so well in these parts that it’s even managed to create a sub-species offshoot, the Vipera berus bosniensis, or the Balkan viper. However, both of those look virtually identical and the Balkan viper is much more common on the far side of the peninsula, in Bosnia and Herzegovina.

Anyway…back to the snake at hand. This slithering creature is a member of the viper family, which means it’s venomous. Thankfully, the venom of the common adder is usually very mild, and they rarely inject enough in a single bite to do serious harm to humans. Death is possible, though, if there are complications such as shock, while other symptoms can include nausea, confusion, and intense pain at the site of contact.

Adders typically grow to just shy of a full meter in length. They have trademark color schemes that are dashed by a clear geometric pattern of diamonds moving all the way down the back. Some specimens can be darker, while others appear pale and light. They’re most active, in both Romania and the rest of Europe beyond, during the warmer months starting in May each year.

“The baying of the wolves sounded nearer and nearer, as though they were closing round on us from every side. I grew dreadfully afraid, and the horses shared my fear” – so goes the opening of Bram Stoker’s Dracula, as unsuspecting Jonathan Harker hurtles towards his fateful meeting with a certain blood-sucking count. The book doesn’t actually mention Romania by name, but the real legend of the vampiric noble does hail from the castles of Transylvania.

More importantly, wolves certainly could make an appearance in these parts. Yep, Romania, specifically the heartlands of the Carpathian Mountains and the wild Maramures Mountains in the north, are thought to be home to as many as 4,000 individual wolves. That’s one of the largest populations still present in Europe today – a whopping 10% of the total global population of the creature, no less!

Highly adapted pack hunters, wolves have been feared by man for millennia – ever heard of Little Red Riding Hood? They can track would-be prey for hours on end and are even fast and strong enough to bring down large prey like moose and bison. They’ll often non-fatally wound victims and wait for them to bleed out, only delivering the final deathblow with their 6cm fang teeth when feeding time swings around.

Scared? You might just have good reason to be. There has been a recent spate in both wolf and bear attacks on humans in Romania, leading to an authorized relocation and controversial hiatus in the hunting ban on certain populations. The good news is that wolf attacks in the country – and across the whole of Europe – remain incredibly rare occurrences, especially since this species usually prefers to totally avoid human contact in favor of solitude.

The most dangerous animals in Romania – our conclusion

There are quite a few species that could lay claim to a place on this list of the most dangerous animals in Romania. However, we’ve picked out just five that we think are the most formidable of all. They include the bulky brown bear – known as the mighty grizzly in North America – and the slithering horned viper, which is the most venomous snake in Europe. There are also rare continental scorpions and even roaming wolves, which are doing pretty well in this corner of Eastern Europe these days. 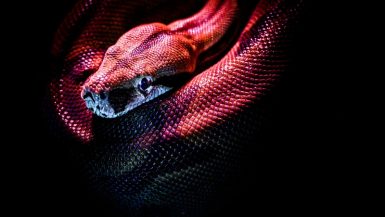