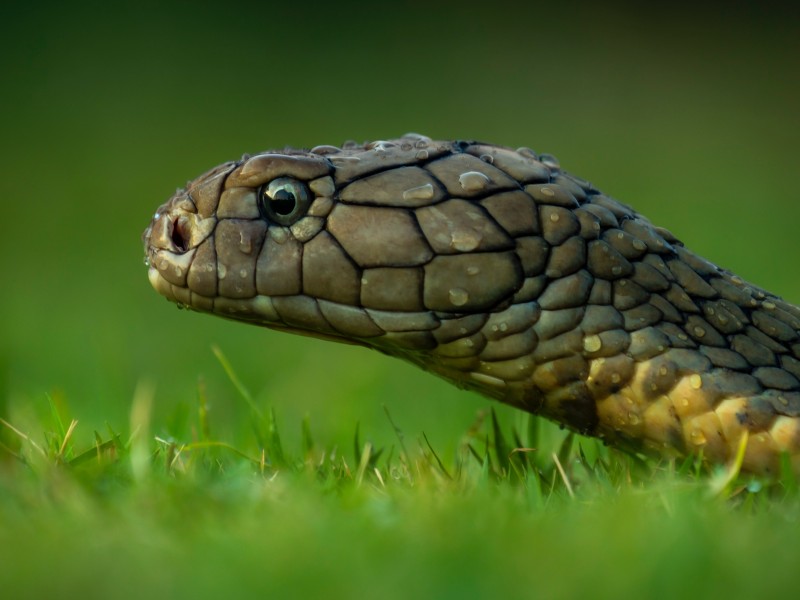 5 Intriguing Snakes In Poland To Know Before To Travel

This corner of Central Europe is home to some seriously eye-catching animals, from the hulking bison of the lush Bialowieza Forest to the mountain goats that stalk the Tatras to the wolves that live in the wild lands of the eastern plains. But there are also snakes in Poland…

Cue this guide. It runs through just five species of slider that you may just come across when you venture to this vodka-soaked part of the world. There’s a pretty fun mix, too, ranging from venomous critters that can kill with a bite to non-venomous reptilia that can barely be called snakes at all.

There’s no hard and fast rule about where you find snakes in Poland. Some of them are present all over the country, others live only in select areas. Generally speaking, spring and summer are the most common times for seeing snakes here, as that coincides with the main mating seasons.

The European adder is the ubiquitous venomous snake of Europe and it’s no different in Poland. The only snake in the whole country that can cause harm to people, it lives all over but usually sticks to more rural areas, like the sand dunes of the Baltic Sea coast or the wooded areas of the Carpathian Mountains. AKA – you’re not likely to tread on one of these as you wander the UNESCO Old Town of Krakow or tour the striking history museums of Warsaw!

Vipera berus can be told apart because of their very distinctive coloring and pattern. Usually, the snake has a bold background of dark brown or tan that’s then picked out with alternating hourglass markings that are much deeper hues of brown or even black. They can hit lengths of 90cm but are usually closer to 50-70cm in mainland European countries like Poland. Sometimes, there’s no color pattern at all and the whole snake appears completely black, though that’s rare.

As we’ve mentioned, these guys are the only deadly snake in the country. And, yep, the venom is enough to kill. Like other vipers, it’s a mix of toxins that can lead to a variety of symptoms, most notably local swelling and even necrosis (death and decay of the flesh at the site of contact). The complications are the things to worry about. They include anaphylactic shock, which can then lead to uncontrollable swelling, difficulty breathing, and even cardiac arrest.

The grass snake is one of the largest non-venomous snakes in the whole of Europe. They’re present in a great dash of the continent, going from the southern ends of Scandinavia all the way to the Mediterranean Sea. Within that spread is Poland, where they live in the southern and northern regions alike, often near water sources like rivers and lakes where they go a-hunting for their main diet of frogs and toads.

The most distinctive feature of the grass snake has to be the band of yellow that curls around the neck and the base of the head. It’s enough to have even given the snake its alternative name: The ringed snake. The rest of the body is a deep, dark green color, but there are individual patterns of black squares that score across the underbelly and help scientists tell one snake specimen apart from the next.

Grass snakes have played a big part in the folklore traditions of the Baltic region. In neighboring Lithuania, they were often kept as a talismanic pet, sometimes even under the bed of a newly wedded couple for good luck. People also thought that killing a grass snake brought on serious bad fortune. The good news is that they aren’t venomous and pose zero danger to humans.

The slender, thin smooth snake is an elusive beast, rarely seen in the wild by humans. It’s often mistaken for the adder but is a much thinner customer, though they can also grow to over a meter in length. Interestingly, the largest smooth snakes ever recorded were almost all from Scandinavia and Eastern Europe, which implies the ones you get in Poland might be just a touch bigger than those seen further west in the UK and northern Spain.

In terms of geography, smooth snakes are well traveled beasts. They are known to live on the fringes of the mountains of Iran in the Middle East, all over the Caucasus Mountains, throughout the Black Sea region, and right down to Sicily at the end of Italy. In Poland, they are everywhere. Seriously, everywhere! From the Tatras in the south to the sandy spits of the Hel Peninsula on the Baltic in the north, smooth snakes inhabit all four corners of this nation.

As a non-venomous snake, these guys use constriction to subdue their prey, not biting and poisoning. However, unlike the infamous boa of the tropics, they rarely fully kill their hunt with squeezing but rather crush it into submission. The best way to tell a smooth snake from other species is to look for the round marking on the top of the head, which forms a sort of halo or crown around the eyes.

Previously, it was thought that the dice snake only lived south of the Carpathian Mountains that skirt the southern border of Poland. That put them on the Slovak Karst and all throughout the European Alps, not to mention spreading east through Ukraine and the Caucuses. However, some of the first specimens of this non-venomous colubrid were documented in Polska sometime around 2014 and they are now sometimes listed as present in the country depending on who you ask.

Either way, a sighting of a dice snake is likely to be very rare here. You’re on the lookout for a pretty large snake that can hit 1.5 meters in length at full adulthood. The ladies of the species tend to be the larger of the two. They have a light but effective camo pattern of greens and beiges that really help the critter mingle in with its favorite habitat of wooded riversides, where it will often lay in wait to devour small fish and fish eggs.

As we’ve already mentioned, there’s no venom to be worried about here. The worst that a dice snake can muster is a rancid musk that it secretes when scared. Sometimes, they’ll also play dead to avoid being handled and harassed. The spring is the key time for seeing dice snake in the wild. That’s the high mating period and the species usually hibernate for the whole of the winter anyhow.

All you dedicated herpetologists can stop shouting at the screen right about now – we know that the slow worm isn’t technically a snake! But we did promise to show you five species of snakes in Poland and there’s not really anything else that comes as close as this. More to the point, the slow worm is very often mistaken for a snake in the land of pierogi dumplings and polka dancing, so it’s a good one to have on this list if only to reveal what you’re not looking for!

A common reptilian species throughout the whole of mainland Europe and beyond, the slow worm is actually a lizard without legs. They grow to just shy of 60cm and have a strange shimmering hue to the top of their body, which is typically colored completely brown all the way up, although the underside is lighter and more metallic. The head is also snake-like, with concealed ear openings. Notice the eyelids, though – most snakes can’t shut theirs. The slow worm can.

Don’t worry about coming across a slow worm in the wild in Poland. Completely non-venomous, they pose zero health threat to humans. They are largely nocturnal but will emerge during the day to warm themselves under rocks and on open trails. You’re most likely to see a slow worm during the main mating season, which starts in early spring and lasts until the midsummer.

Snakes in Poland – our conclusion

This guide to the snakes in Poland showcases virtually all the species that you might encounter while traveling the land of the pierogi dumpling. Notice how there’s only one true venomous snake in the country – the European adder. Joining that is a handful of rare species like the dice snake, which some experts still think only lives on the Slovakian side of the Carpathian Mountains, not in Poland itself, and creatures that look and move like snakes but aren’t, like the slow worm.

Are there venomous snakes in Poland?

There’s only one venomous snake in Poland. It’s the European adder and it’s a very common type of viper snake that lives all over the continent, from the UK to western Russia. They have a bite that’s capable of killing a human, but deaths are extremely rare these days. Usually, attacks result in local symptoms but can be complicated by anaphylaxis and shock.

How many snakes are there in Poland?

There are actually only three confirmed species of snakes in Poland that scientists agree live in the country. They include the European adder – Poland’s only venomous snake – and the grass snake. The dice snake might only live in neighboring Slovakia, though they have been witnessed across the border in the last 10 years. 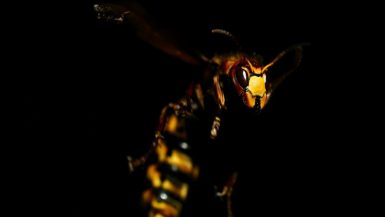 The 7 Most Dangerous Animals In Poland