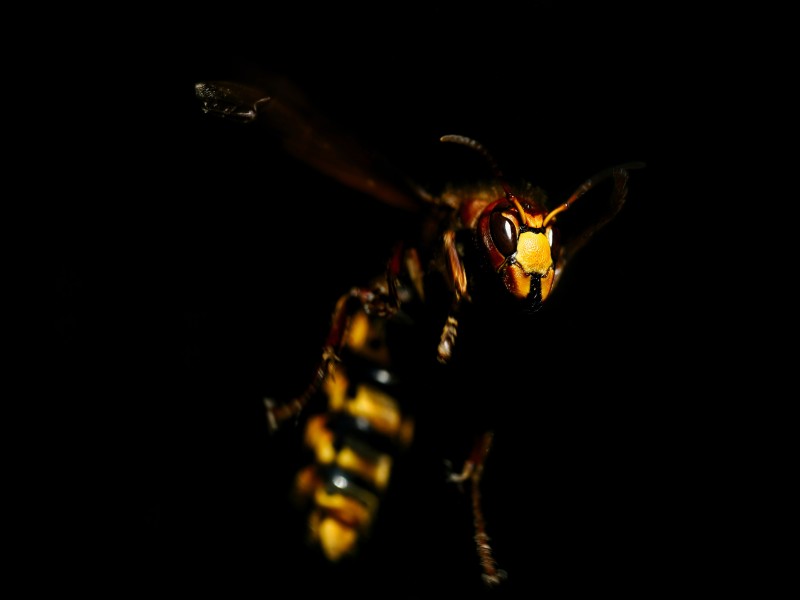 The 7 Most Dangerous Animals In Poland

Poland is a huge European country with a significantly diverse ecosystem. With sandy coastlines on the Baltic Sea lying under the Carpathian Mountains, the landscape provides plenty of hiding spaces for creatures to lurk in the dark. Some of these dangerous animals in Poland should be given a wide berth and left alone in the shadows.

The eastern side of the country offers dense forests and dark spaces for wild animals to thrive. Even the central lowlands of Poland are perfect for large mammals and carnivores to roam free away from the urban spaces of Warsaw and Kraków.

Poland’s national animal is the white tailed eagle, a proud symbol of the country representing the country’s strength over the centuries. However, the country is full of a rich and diverse ecosystem.

We’ve listed the seven most dangerous animals in Poland that you should be wary of. From the small and undetected to the large hunters, these wild animals in Poland are fascinating and deadly, all at the same time.

Black widow spiders are found across the globe. They are best known as the most venomous spider in Australia, however, they are also one of the most dangerous species of spider in central Europe. These eight-legged creepy crawlies can be found in Poland and should be avoided at all costs.

The bite of the black widow is seriously poisonous. It can potentially cause many systemic effects, including some of the following:

These symptoms can continue for only a few days or even several weeks, depending on how your body reacts. Luckily, fatalities are exceptionally rare and only happen if the weak/vulnerable are bitten.

There are two types of snake commonly found in Poland, the European viper and the grass snake. The former is the only poisonous snake in Poland. While its venom isn’t particularly dangerous or life-threatening for most healthy adults, people should still be wary of it. The venom can be exceptionally painful and debilitate the victim to some capacity.

Identifying the common European viper is fairly straightforward. It has mostly dark brown colors and zigzag patterns along the back and can grow to be quite large in length.

This viper is found all over the Polish countryside, particularly in long grass and covered spaces. If you are hiking and exploring Poland, never be tempted to try to handle a viper. You may need to seek medical attention if bitten.

The European eel can be found across most of the continent, including Poland and other eastern European countries like Estonia. Eel is considered a delicacy and is served in restaurants across the world! So what makes this slippery snake-like fish dangerous?

Believe it or not, the threat is when it’s served on the plate, not when it’s in the water. It’s the blood that is poisonous to humans, so it’s imperative that the animal is prepared and cooked correctly.

While you’re in Poland, it’s likely that you will be given the opportunity to sample a dish containing European eel. Chances are that you will be fine and will thoroughly enjoy the meal. However, it’s important to make sure the eel is cooked all the way through – undercooked eel could lead to serious food poisoning.

The gray wolf population in Poland is approximately 2,500 and is increasing. Since 1995, the species has been protected and the government has been paying compensation for any livestock losses. Most of the wolves are found in the eastern and southern regions of Poland.

Due to a history of hunters and poachers, wolves are more cautious and afraid of us than we generally are of them. Wolf attacks on humans are extremely rare, however, there is always a possibility. Packs may attack if they feel threatened or need to protect their cubs.

Wolves are found in Poland’s breathtaking forests and lowlands. Chances are you could encounter a wolf while exploring the wilderness and hiking trails. If you do run into a pack of wolves, it’s important to follow some key steps:

Chances are, the wolves will move on before you get to pass them. Remember to be respectful and calm, and you should have no issues when encountering gray wolves in Poland.

The lynx is another protected species found in Poland. Populations are significantly smaller than the gray wolves, with only around 200 known in Poland. There are environmental rewilding programs underway in the hope of increasing wild lynx populations across Poland and Europe.

Lynx is the largest of the small cat varieties found in the wild. They are easily recognizable with their feline faces, large pointed ears, and short tails. On average, these cats grow up to 80 kg in weight.

These cats are found in heavily forested regions around the Kampinoski National Park. So if you are hiking through this region, it’s best to walk with an air of caution just in case you encounter a lynx. They may attack if they feel threatened, acting on a self-preservation instinct. Lynx also has an incredibly strong pack mentality and will do everything to protect the pack.

If you do encounter them while exploring Poland, it’s important to give them space and try not to walk within the pack.

The wolverine is found across several countries, including Poland. These large land mammals are well known for being ferocious, solitary, and aggressive. They possess a strength that is out of proportion for their size, frequently killing prey larger than themselves.

Adult wolverines grow up to the size of a medium dog. They are stocky and extremely strong, able to withstand a wide range of environments. Wolverines are mostly seen around the northwest region of Poland, along with areas of Russia and Canada.

While wolverines are best known for their aggression within the animal kingdom, they rarely pose a serious threat to humans. In fact, there has never been a documented attack on a human from a wolverine. However, there is always a first time for everything…

Brown bears are the most common bears in the world. While large, powerful, and certainly capable of killing a person, the brown bear isn’t the most aggressive around humans unless it feels directly threatened. Therefore, luckily, attacks are relatively rare even with on-foot encounters.

The number of bears found in Poland is seriously low. Those found across the mountainous region represent a small percentage of the Carpathian population. These bears roam across the borders of the Czech Republic, Slovakia, Poland, Ukraine, Romania, and Serbia.

Brown bears can grow up to 9 feet 2 inches in length (from nose to tail), but on average they are smaller than this. Luckily for us, human is not on the menu for brown bears. However, their sharp claws and powerful jaws can cause serious harm if they felt threatened in any way.

What is the most dangerous animal in Poland?

Out of all the large and carnivorous animals in Poland, the most dangerous animal is the European viper. This unassuming snake is the most venomous animal in Poland and can cause a serious amount of pain if bitten. Visitors to Poland are more likely to encounter this snake when exploring the beauty of Poland’s nature than some of the larger mammals.

Are there crocodiles in Poland?

Back in 2012, a local fisherman stumbled across something extraordinary and caught a 1.5-meter long crocodile in the River Warta. This was a complete exception and local authorities believe the croc to have been brought to Poland as an illegal exotic pet. There are no known crocodiles in the Polish wildlife and there are no crocodile species native to Poland.

Are there mountain lions in Poland?

There have been cases of mountain lions in the Polish mountains, however, these sightings are rare and population numbers are unknown. It’s believed that mountain lions were brought to Poland as illegal exotic pets that have escaped into the wild. Mountain lions are not a native species of animals in Poland.

Are there venomous snakes in Poland?

Poland has two common species of snakes, one of which is venomous. The common European viper is found across Poland and is venomous, causing severe pain if bitten. This is one of the most dangerous animals in Poland.

5 Intriguing Snakes In Poland To Know Before To Travel