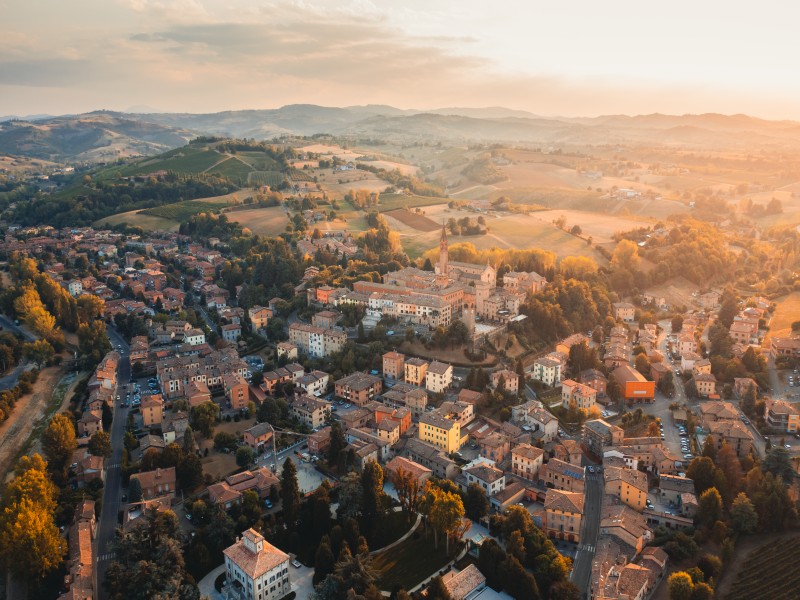 The 5 Cheapest Places To Retire In Italy As Of 2022

If you’re planning on retiring to Italy, then we salute you! There’s really no getting around the fact that it’s going to be a life-changing move, paving the way for a touch of La Dolce Vita in your later years. But where are the cheapest places in Italy to retire to? Good question…

This guide is all about seeking out the bargain-friendly spots that the fabled boot of southern Europe has up its sleeve for recent leavers of the world of work. It runs through five potential places in Italy that we think offer great value in terms of properties and cost of living, so you can get your fix of long pasta lunches and endless sun for less.

What’s on the table is pretty tempting. There are southerly regions dotted with Baroque UNESCO towns. There are rustic hill villages tucked under the Gran Sasso Mountain. There are even Sicilian hamlets where you could score yourself a new pad for the price of a Negroni! Let’s begin…

Sicily really is a tempting prospect for would-be retirees. Let’s look at the credentials: One of the most southerly points in the country, it regularly gets summers that pass 100 F and has warm seasons that start in March and end in November. There are both cities and remote villages. There are runs of glorious beaches and there are soaring mountains that top out at the sometimes-snow-capped peak of Mount Etna.

The upshot? Sicily is warm, well-rounded, and downright beautiful. It ticks a lot of boxes for expats heading to the boot. What’s more, there have recently been big pushes by local municipalities to repopulate dying villages on the island. The plan? To sell off unused properties for just €1. Yes, you read that right: One. Solitary. Euro. The catch – if you can call it a catch – was that buyers would have to invest a certain amount into the local community and commit to spending a majority of their time in the region.

Towns that joined the regeneration fight include Mussomeli and Gagni, where the mayors say the sell-off has proved a great success. They are now inundated with new bakeries and wine bars and have a youthful population for the first time in decades. They also happen to be downright stunning places to live – think views of the sweeping Sicilian mountains rolling to the horizon.

Of course, life in Sicily isn’t without its drawbacks. For one, the most active volcano in the whole of Europe resides here. Just look up – you’ll often see it belching smoke and ash into the skies. Mount Etna is now under close watch and is said to be the highest-risk eruption on the planet by some since so many people live around its base. This island is also the home of the Cosa nostra, the Sicilian mafia, and it’s not doing well in the face of rising temperatures due to climate change (the summers can be unbearable!).

We think the whole region of Apulia is worth a mention on this list of the cheapest places to retire in Italy in 2022. That’s because it’s among the cheapest places on the boot full stop. Just about as far as it’s possible to go from the jet-setter resorts of Lake Como and the chic fashion walks of Milan, this cut-out on the heel of the country is a rustic mass of Greek-influenced towns and ports that has a long, long history.

It’s hailed as the breadbasket of the country for its fertile inland. That results in all manner of tasty regional produce, which you can buy for cheap in the local markets and fairs. You’re looking at $2 bottles of crisp Verdeca white wines, cloudy farm-to-table olive oils that are a fraction of what they cost in the US and UK (and tastier to boot), plus seafood fresh from the boats of Bari and Brindisi.

There are some things to consider before you up sticks and move to Apulia. The main one: Inland or coast? Towns like Lecce are the main hubs but they are far from the sloshing Adriatic Sea. Others, like Bari, are historic port towns and can get busy, but they do have beaches. Our advice? Being within striking distance of the sea is a good idea this far south, where the July and August thermometers can read 100 F+ with ease!

Rightmove named Abruzzo as the single cheapest part of Italy to buy property back in 2016. The dial has moved just a little in recent years, but we’re in no doubt that this cut-out of the central-eastern part of the boot remains a doozy for bargain hunters chasing Latin sun and good wine for their post-work life.

Nowhere near as well-known as the other regions that crowd Rome in the middle of the country, Abruzzo essentially bridges the gap between the Apennine mountains and the Adriatic Sea. It’s got some seriously amazing sights within its borders, not least of all the cathedral-like bluff of the Gran Sasso d’Italia, arguably the most striking mountain outline in the country (yep, and it isn’t in the Alps!). There are also beaches in the east, charming hill towns in the center, and even ski resorts on higher ground.

Don’t get too carried away just yet. It’s important to note that many of the buildings up for sale in Abruzzo are likely to be old farmhouses or village homes in desperate need of significant work. Lots of others were badly damaged in the 2009 L’Aquila earthquake or remain at risk of damage from earthquakes in the future. That’s something you’ll need to weigh up before moving.

Marche has long lived in the shadow of its neighbors, Tuscany and Umbria. A part of central Italy, it – like Abruzzo before it – sits just over the eastern side of the mountains from Rome and Florence. That’s helped it stay just a touch out of the limelight, so it’s retained that charming rustic feel that many movers to Italy come in search of.

We won’t pretend that Marche is up there with the cheapest places to retire in Italy full stop. It’s probably not. Houses here tend to start closer to the €80,000 mark, and average properties usually go for well over €100,000. However, according to stats from property vendor Immobiliare.it, the region is currently at the end of a five-year dip in prices, with the average cost per square meter sitting at just over €1,500, nearly €600 less than it was back in 2015.

Enough money talk…Marche is stunning. What you get here is basically a more untouched version of Tuscany only with the backdrop of soaring mountains courtesy of the Parco Nazionale dei Monti Sibillini. It’s all rolling farm fields, vineyards, wild river valleys, gorges carved by waterfalls, and some of the sweetest hill towns you ever did see – Sarnano, Penna San Giovanni, Monte San Martino.

The main risk to buying here, the locals will no doubt tell you, is earthquakes. There were major shakes in 2016 and then again in 2018 that rocked many of the older homes.

No list of the cheapest places to retire in Italy could possibly skip out on Calabria. The toe of the boot, this one curves around from the mountains of the Pollino National Park to the Messina Straits that mark the join with Sicily. The history here is dark and sometimes raw. Historically, Calabria has been seen as the most poverty-stricken part of the country, and it’s one of the main stomping grounds of the mafia.

But it’s also beautiful and honest, swept by forested hills inland and dotted with salt-washed villages along its glorious shores. We have to mention some specific places. First, there’s Tropea, a town where the Italians go to holiday. It’s got bluebottle-blue seas and an historic center that lurches above the pebble coves on a sheer-cut bluff. Second, there’s Scilla, a seaside castle village that’s draped over a shoehorn of rock above the Med. And that’s just scratching the surface of the hidden gems Calabria has up its sleeve.

It’s no secret that the cost of living in the south of Italy is way lower than what it is in the north of Italy. Day-to-day costs of dining and eating out here won’t hit so hard as they do in regions like Veneto and Lombardy. Property prices are also considerably lower than anywhere you look on the far side of Rome. We’re talking just over €900 per square meter on average!

Cheapest places to retire to in Italy – our conclusion

The cheapest places to retire in Italy are largely in the south of the country. That’s to be expected, since the cost of living south of Rome is usually a lot less than what it is north of Rome. However, there are also regions on the eastern side of Italy – Abruzzo, Marche – that can offer good bang for your buck, mainly due to low property rates, although you’ll need to be aware of the risk of earthquake damage if you decide those are the ones for you! 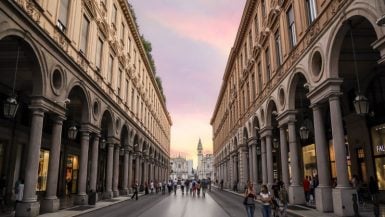 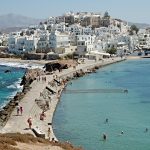 Paros Vs Naxos: Your Complete Guide To The Islands
15 hours ago 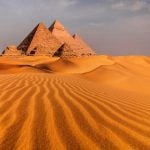