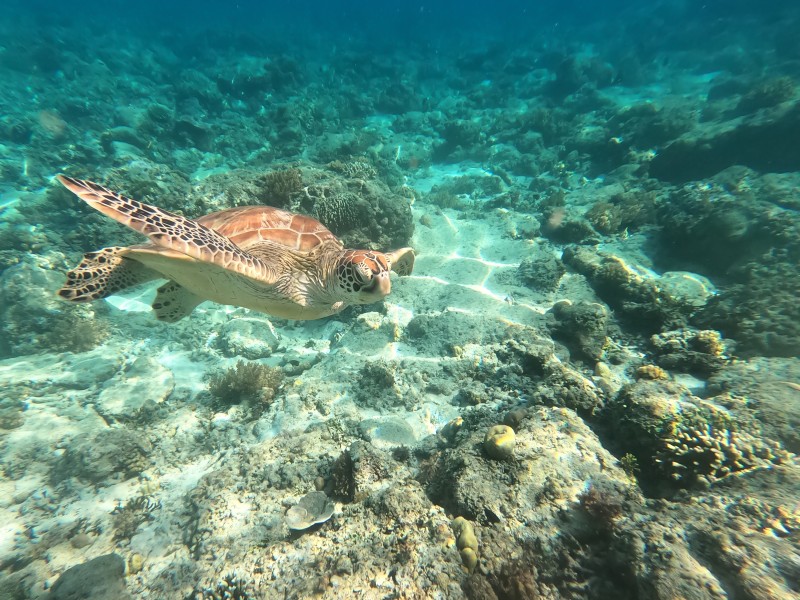 Where To See Turtles In Greece? 5 Spots To Explore

If you’re wondering where to see turtles in Greece, then look no further than this guide. It’s got five spots that we think reign supreme when it comes to spotting the carapace-topped creatures of the deep in this sunny, southern corner of Europe. They are all locations where there are known populations of turtles, where there are main nesting locations for turtles during the hatching season, or where turtles are regularly spotted in the water.

The good news is that there’s a pretty nice mix of options on the menu. Our selection takes you from the see-through waters of the Ionian Sea in the far western half of Greece all the way to the balmy H2O of the southern Aegean around Crete, meaning there are some top turtle spots right across this island-studded nation.

It’s also worth noting that the question of where to see turtles in Greece should go hand in hand with a question about when to see turtles in Greece. Generally speaking, there’s no better time to head off on marine safaris here than the summer months. Not only is that the main turtle nesting season, culminating with the hatching times of September and October, it’s also when the Greek seas are at their warmest and clearest.

If you’re wondering where to see turtles in Greece, then there’s a good chance your wonders will stop and stop for good on the stunning island of Zakynthos. This is the main hub for turtle safaris in the land of moussaka and feta. It’s known to have some of the biggest summertime populations of the shelled beasts and even comes with a whole marine reserve that’s intended to protect and help sustain their numbers.

First, an intro: Zakynthos is also known as Zante. One of the largest islands in the Ionian Sea of western Greece, it spreads out south of Kefalonia and Lefkas to meet the main breadth of the Mediterranean. The isle has been a vacation mecca for some decades now, offering jaw-dropping bays on one side (the incredible Shipwreck Beach among them) and pumping party resorts on another (Laganas being the hub of those).

When it comes to turtles on Zakynthos, there’s nowhere better to be than on the south coast. That’s where the vast National Marine Park of Zakynthos dominates a whole bay, stretching from the wild rock stacks of the Cape of Marathia on one side to the villages of Vasilikos in the east. Within are some of the best-known nesting grounds for the European loggerhead turtle (known locally as the caretta-caretta).

There are many ways to get out and do your turtle spotting. Some will opt for a sea kayak to watch the turtles popping up for air. Others might rent their own motorboat, an option that allows for more expansive explorations around Zante’s southern shores. There are also planned snorkeling expeditions that you can take to swim with the turtles.

Marathonisi Island is actually a fragment of aforementioned Zakynthos. However, it’s such an uber-famous hotspot for seeing turtles in Greece that it really does deserve its own section here. In fact, the island is usually known not by its traditional Greek name but by it’s more colloquial moniker: Turtle Island.

Look for Marathonisi dotting the heart of the marine park on the south side of Zante. It sits just shy of two miles from the pretty beach at Keri and about the same from the bustling boat harbor of Agios Sostis – likely to be the place you go to hop on a boat to take you out to turtle island, so worth knowing about!

A real stunner of a rock, Marathonisi gets plaudits as one of the most beautiful beach destinations in Greece, not just a winner on lists of where to see turtles in Greece. Mimicking one of those jungle-covered islets that pokes above the Bali Sea in Southeast Asia, it’s got a sculpted profile of two soft peaks covered in pine trees and eucalyptuses. Below, a scythe of yellow sand rings the northern tip of the isle, while dank and shadowy sea caves pierce through the cliffs further south.

The whole thing is considered the anchor of the turtle breeding in the southern Ionian Sea. From May to September, thousands upon thousands of rare loggerheads swarm the island to lay their eggs in the sand. There are even parts of Marathonisi that are now totally out of bounds to travelers on account of how central they are to the success of the turtle life cycle.

There are two ways to get over to Marathonisi for your turtle safari. The first is by organized tour, usually from Laganas or aforementioned Agios Sostis. That’s simple and easy to do, but means you’ll be sharing with other people. The second is by sea kayak, a good way to go if you’ve got the energy and prefer to explore at your own pace.

Crete is such a huge island that there’s bound to be a major turtle nesting hotspot somewhere along its coast, right? Right! Sure enough, the largest island in the country comes up trumps for turtle seekers. More than 1,046km of shoreline rings the rock, rolling from the windblown bays of Falasarna in the west to the heady beach resorts of Malia in the east.

Perhaps the focal point of the turtle scene is on Rethymno Beach. Known as the third most important and prolific nesting site for the caretta-caretta (loggerhead turtle) in the country, the long and uninterrupted run of golden sand is a great place to come and see the creatures hatching in the late summer. During that time, there are plenty of eco tours that showcase the process of conservation and protection that aims to increase numbers of these endangered animals in the waters of the southern Aegean.

But it’s not just during the nesting time that you can see turtles in the waters of this fantastic island. We’ve been swimming in the coves of Chania prefecture, the westernmost part of Crete, in early April and spotted green and loggerhead turtles bobbing on by. Those species are also known to frequent the warm-water bays of wilder and remoter southern Crete, around the hippy town of Matala and through the protected inlets of Elafonisi, a stunning headland fringed by pink-hued beaches that you simply must visit.

One of the great things about a turtle adventure on Crete is all the adventure that awaits once it’s over. Turtles spotted? Great. Now, how about a jaunt through the ancient palaces of Knossos to see 3,000-year-old relics from the Minoan age? How about a snorkel trip to Balos Lagoon, one of Greece’s whitest stretches of sand? How about a hike in the blustery Lefka Ori mountains to meet goat herders and olive farmers?

Milos is one of the great stunners of the Cycladic Island chain. A butterfly-shaped rock in the western half of that archipelago, it has a north coast that’s positively brimming with inlets, coves, sea caves – you name it. The amazements continue on as you head south, too, through the rock stacks of Kleftiko to the grottoes of Sikia and Triades. Between the lot, you get long expanses of glowing sand, deep underwater canyons, rock reefs, and plenty more.

The diversity of the coastal habitats around Milos doesn’t just make for ample viewing on a boat trip. It also makes the island a standout among choices of where to see turtles in Greece. During the warmer summer months of June, July, and August, species of caretta-caretta and green turtles are regularly spotted in the clear waters here. To see them, we’d recommend joining one of the regular early-morning tours that head out from the port in Adamantas (the main town).

On return, Milos has some other things certainly worth adding to the itinerary. There’s an ancient Roman theatre that dates from the Hellenistic era. There are medieval catacombs and a Venetian castle. Oh, and there’s a bustling port town with taste-bud-tempting tavernas that serve locally caught seafood fresh off the grill.

The Peloponnese is the heart-shaped peninsula that spikes the Aegean Sea like Poseidon’s trident, offering three individual headlands that each have their own unique character. It also happens to be one of the more off-the-beaten-path corners of the country for those looking to taste rustic Greek life, plus reigns as the second most important region for turtle nesting.

Some places on the Peloponnese stand out from the crowd. Mainly, it’s the west-facing beaches of Messenia that offer the best turtle-spotting opportunities. There are many reasons for that. First, they’re longer and wider than their compadres on the eastern side of the peninsula. Second, they face the Ionian, which, as we’ve already established, is something of a haven for loggerheads at least.

Overall, we’d say that the long runs of powder at Kyparissia and Koroni are the two locations to know about. Summer brings similar peaks in nesting activity to the sands of both. Areas like the Saronic Gulf coast, meanwhile, tend to be a bit busy with ships and yachters to allow for good turtle watching, while the northern coast on the Corinthian Gulf tends to be better for encounters with dolphins.

Where to see turtles in Greece? Our conclusion

If you’re wondering where to see turtles in Greece, then this guide has you covered. It’s got info on five of the most iconic locations across the island nation where you can go to spot the elusive shelled beasts of the sea. The good news is that they are pretty darn enticing destinations in their own right, even without said turtles. They range from sunny Zante and its protected offshore islands all the way to the rocky climbs of the Cyclades and the rugged coast of Crete. 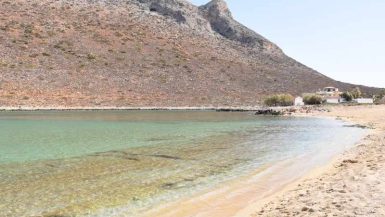 Mykonos vs Crete: Which Greek Island Should You Visit? Mykonos vs Crete: Which Greek Island Should You Visit?
32 mins ago