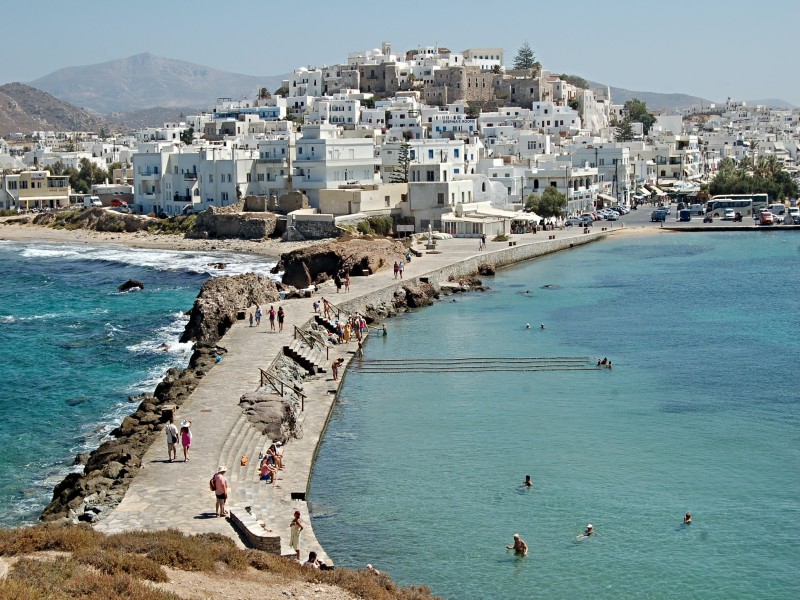 So, it’s come down to Paros vs Naxos. Fantastic! It’s not often that you have a win-win, but this really is one of them. These are two of the most tempting islands in the Aegean Sea, offering a taste of raw Cycladic culture, cuisine, and architecture, plus all the sun-kissed beaches you could ask for.

In one corner is Paros, a ferry hub that also hides whitewashed fishing villages and boulder-dotted snorkeling inlets around its shores. Then there’s Naxos, the largest of the Cyclades, where 1,000-meter-high peaks keep watch over white-sand beaches like Plaka.

This guide will help you weigh up the both of them, but we’d still say that the overall best option would be to do the two in the same trip. That’s totally doable, since ferries connect Naxos and Paros everyday throughout the main travel season. If that’s not possible, read on…

Paros vs Naxos for ease of travel

Paros has a tiny, pint-sized airport that’s not really large enough to host anything other than prop plane links to Athens. So, skip that. What it does offer is one of the largest ferry ports in the whole Cyclades region. It’s not for nothing that this island is now considered the main transport interchange in the central Aegean. Basically, you won’t be short on boats to Paros. They come in daily from Athens, from Crete, and from a whole clutch of surrounding, smaller islands, including Mykonos and even Naxos itself.

It’s a similar story over on Naxos, where a tiny airport is often trumped by boat options. Yep, 99% of people who arrive here do so by sea. There’s a good range of service options, thanks to a mix of high-speed catamarans that come in from Santorini and Mykonos, but also longer-distance boats from Piraeus, the main port in Athens. That said, there isn’t quite the range as over in Paros, so this one just loses out on the travel front.

Paros vs Naxos for beaches

Here we go – the big one. There’s good news: Neither Paros nor Naxos is likely to disappoint when it comes to beaches. Let’s start with the larger of the two isles, Naxos. The western coast here is blessed with Plaka, a multi-kilometer stretch of some of the purest white sand in the Aegean. That’s a doozy for sure, but you can also find gems like Orkos, Mikri Vigla, and Pyrgaki beach if you’re willing to venture further south. The opposite west coast has more orangey sands but is usually way less busy. Be ready to navigate some winding roads to reach it, though!

Paros strikes a great balance between rocky beaches with crystal-clear snorkeling waters and more traditional bays with sunbeds and soft sand. It’s smaller than Naxos, so you should find it easier to go from one to the other and fill your holiday with a range of beaches. The best places in our humble opinion are at gorgeous Kolymbithres, where you can spot fish schools beneath rugged boulders, and Monastiri, which is watched over by a rock-ribbed headland. Golden Beach is the traditional family option, with sunbeds up for rent in the main season.

Winner: Probably Naxos, for the white-sand bays. But Paros has some gorgeous options too.

Paros vs Naxos for nightlife

Paros can be a surprisingly hedonistic destination during the peak summer months. It’s no Ios, no Mykonos. But it does have two main towns that positively pump with energy when the sun goes down. The first is Paros Town, also known as Parikia. It’s the big port on the west coast and it has a single strip that’s packed with pirate-themed drinkeries and pubs. The second option – and the livelier of the two – is Naousa. It’s a gorgeous village of whitewashed cottages on the north shore that will come alive after sunset. Everything from seaside tavernas to mid-sized EDM clubs is on offer there.

The nightlife on Naxos is probably a notch down from Paros, and several notches down from Greece’s major nightlife hubs. It’s not dead in the nights, though. Stick around the quaysides and harbors of the capital in Chora and you’ll be able to find everything from moody jazz bars to cocktail lounges overlooking the Aegean. Things tend to start at the Temple of Apollo on the shoreline, where a huge, ancient gateway offers the perfect place for ushering in the sunset with a cold beer in hand.

Paros vs Naxos for food

Not all that much is different in the cuisines of Paros and Naxos. But that’s probably to be expected since they are both smack dab in the heart of the Cyclades chain, less than five miles apart at their narrowest point. Visit a local taverna in these parts and you’re likely to get the usual Greek menu of treats: Fresh tomato salads topped with feta, sizzled saganaki cheese, spanakopita pies, and meaty gyros kebabs.

That said, there is a general feeling that Naxos is one of the hubs of regional cooking in the Aegean. The people here make a famous cheese that’s now got its own geographic protection. It’s produced using a sweet but hard mix of sheep milk and cow milk. They also do a traditional stew that’s packed with grilled eggplant and various meats. Where Paros wins out is on the wine front. In fact, it’s one of the most wine-rich of the Cyclades. Check out the Moraitis Vinothéque in Naousa to sample your way through the crisp and minerally whites made possible by the unique terrior here.

Paros vs Naxos for price

There is almost nothing in it when it comes to the cost of holidays in either Paros or Naxos. Both are midrange island options. Thankfully, they aren’t up there with the ridiculously pricy likes of Santorini or Mykonos. But vacations to each are likely to cost more than they would in cheaper mainland places like the Peloponnese or Halkidiki. A good ballpark figure for a daily spend is around the $95-105 mark, which includes food, accommodation, and activities on both islands.

The average cost of hotels in both Paros and Naxos is something close to $40-80 per night for a midrange stay, of which there are plenty. You can expect to spend between $3-5 for a cold beer, less if it’s from a supermarket. Dining is usually around the $15-25 a head mark in local tavernas, and perhaps a touch more if you want wine with your meal. Naturally, rates will increase in the peak season, which runs from June to August. Consider coming in September or May to hit the shoulder seasons to chase good bargains but still get decent weather.

Winner: Draw. Both islands should cost you roughly the same.

Paros vs Naxos for outdoors adventure

Naxos is probably the better choice for those looking to head off the beaten track and explore the Greek wilds. There’s one simple reason for that: It’s larger. In fact, Naxos is the largest island in the whole Cyclades chain. Its center is dominated by peaks that rise to just over 1,000 meters above sea level. Cue Oros Fanari, Mount Oros. It’s the centerpiece of a nature park that has wonderful trails through olive groves and eucalyptus thickets. Backing that up are intrepid coast walks on the eastern shoreline and waterfall trails at Routsouna.

Paros is still decent if you want to go hiking. Its highest point is found at Agioi Pantes, some 770 meters above sea level. However, the better hiking tends to be along the coastal Detis Peninsula and amid the bucolic Lefkes Valley. In the first, you’ll spot the wave-splattered Cape Korakas and even some old Mycenean ruins. In the latter, you can visit ruined windmills built by the Byzantines and stop in time-stood-still villages.

Paros vs Naxos for families

We actually think these are two of the very best options for family travelers who are looking to explore the famous Cyclades islands of the Aegean. The vibe is just about right. Yes, there are bustling bars in the main harbor towns of Naousa and Chora on Paros and Naxos respectively, but you also won’t have to go far to get yourself a chilled resort area with hotels and swimming pools just steps from the beach.

If we had to pick out one of the two islands in this category, it would be Naxos. The area of Plaka and the string of towns down from the main arrival point on the west coast has really helped to turn this one into a bit of a hub for family travelers. There aren’t big, gaudy waterparks a la Crete. There are soft-sanded beaches with calm waters and snorkeling aplenty.

Winner: Naxos, but only just.

Paros vs Naxos – our conclusion

Both Paros and Naxos are solid choices for travelers who want to experience the more authentic side of the Cyclades chain away from the bustling isles of Ios, Santorini, and Mykonos. They are large enough to disperse the crowds around plenty of beaches. And said beaches are pretty special, too. Overall, we’d say Paros has slightly livelier nightlife and better wineries and towns. However, Naxos is perfect for families, has stunning beaches, and superior hiking options. 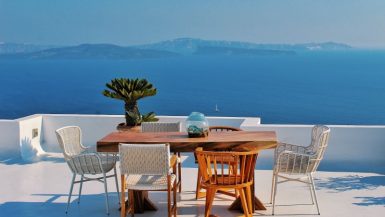 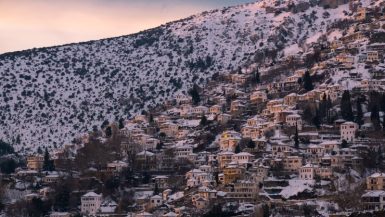 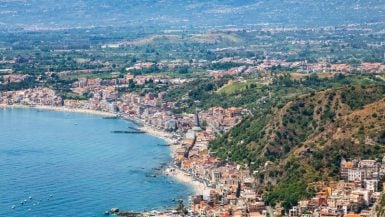