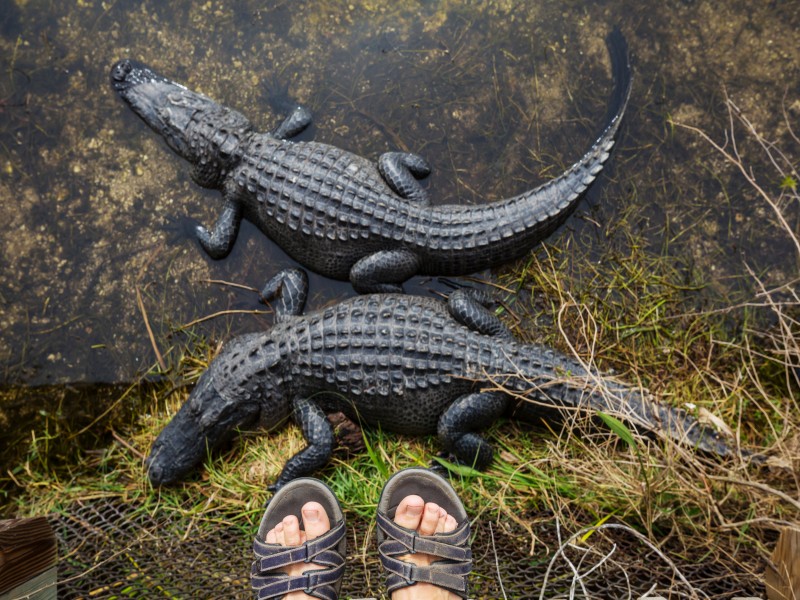 The 7 Most Dangerous Animals In Greece

Greece is a touristic paradise. Thousands of tourists flock there every single year because it has so much to offer holidaymakers: a wealth of history, a smorgasbord of breathtaking vistas, a plethora of sandy beaches, and a booming tourist industry that caters to your every desire. Better still, its gorgeously warm and sunny climate makes it ideal for a summer vacation.

Greece is a pretty safe country for tourists, with no great risks either politically or from natural disaster. However, that isn’t to say that there aren’t some dangerous animals in Greece. Sure, it’s not home to particularly savage beasts or wildly poisonous creepy-crawlies, but it would be wrong to say that there is absolutely no risk of encountering some dangerous animals in Greece.

We have compiled a list of the seven most dangerous animals you are likely to encounter on your travels in Greece. It is important to note that in the built-up, heavily touristic areas of Greece you are unlikely to encounter some of these creatures. But, we all know it’s better to be safe than sorry, especially if you plan on exploring some of Greece’s vast rural expanses or the depths of its oceans.

The Ohia snake is the only venomous snake you will find in Greece, but they are fairly common. Better known in English as the horned viper, a bite from these snakes won’t necessarily be fatal, but it can be, and so it is imperative to seek medical attention immediately if you believe that you have been bitten by one of these serpents. Having said that, the Ohia snakes are not particularly aggressive and have only been known to attack humans when they feel threatened.

You can avoid a painful bite from one of these snakes by staying alert when you’re in areas where they might be roaming. That is normally places like dry farmland, vineyards, and rocky areas. When visiting any terrain like this, you may well encounter one of these snakes. As long as you don’t intimidate any Ohia snakes you encounter when in Greece, you will remain unscathed by these slippery guys.

The brown bear is an endangered species in Europe. Despite having had an incredibly large population in Europe centuries ago, hunters and habitat destruction have seen their numbers dwindle. However, Greece is still home to approximately 150 brown bears. This means that if you decide to take any excursions into Greece’s Pindos or Rodopis mountain ranges, you may well encounter one of their communities residing there.

The existence of these brown bears may well be very exciting news for keen hikers and nature lovers taking a vacation in Greece. And, it is possible to take trips out specifically to witness these creatures in the wild. However, as with all predatory beasts, it is incredibly important to be sensible if you find yourself in an area that could be inhabited by brown bears. Brown bears are more likely to be killed by humans than the other way around (there has only been one recorded fatality from a bear attack in Greece) but that doesn’t mean it can’t happen. If you encounter any brown bears in Greece, be sure to follow the advice of your guide, if you are with one, keep your distance, and don’t do anything to antagonize them.

The Mediterranean moray eel is a fairly common sight in the waters off the shore of Greece and its islands. While less commonly found in the Aegean or Ionian, they are very commonplace in the Mediterranean ocean, so you must take extra precautions if you plan on swimming or partaking in watersports in this sea.

These slippery creatures are adept at hiding, so there are no guarantees at all that you won’t encounter them even if you are vigilant. Their bites can be incredibly painful, and they are known to be very eager snappers. Worse still, the mucus of a moray eel contains toxins that are dangerous to humans, so it is absolutely that you seek medical treatment immediately after you have been bitten.

There is also no ambiguity when it comes to being bitten by a moray eel. Their bites are extremely painful and will leave a wound behind, so you will absolutely know if you find yourself on the wrong side of one of these slippery fish. While there is nothing you can do to prevent an encounter with a moray eel if you decide to go in the sea, it is important to exercise the same caution as you always would. It is not necessary to avoid the ocean entirely: while they can be found in Greece, they do not pose a disproportionate threat to humans on vacation there.

When it comes to the stingrays you will encounter in the Mediterranean there is both some good news and some bad news. The good news is that they are not known to be inordinately aggressive towards humans, so you are not likely to be attacked by a stingray unprovoked. However, if they are disturbed or feel threatened, they will attack, and it can be excruciatingly painful. So painful, in fact, that the Ancient Greeks were hugely afeared of them and even claimed that their barbed tails could pierce their armor.

Not only are their tails barbed with razor-sharp fangs that can inflict really painful wounds, but they also elicit venom into the wound site. This means that many people who have suffered the sting of a stingray often experience side effects such as muscle pain, vomiting, and diarrhea as well as the pain and inflammation that comes from the cuts.

If you exercise caution in the oceans around Greece, as you always should, you are not at serious risk of suffering a stingray attack. If you do encounter a stingray when in Greece, move away from it calmly and quickly and be sure not to make it feel threatened. And, most importantly, if you do suffer a sting from a stingray in Greece, seek medical attention immediately. Untreated wounds inflicted by stingrays have been known to lead to amputation or even death in rare cases.

The Portuguese Man O War may look like a jellyfish, but it’s not. It is a marine creature closely related to the jellyfish, and is actually made up of lots of small organisms that fulfil different functions and come together to form one whole creature. That’s not even the creepiest thing about this animal. The Portuguese Man O War is yet another of Greece’s scary and dangerous aquatic creatures that can pose a real threat to happy vacationers.

The Portuguese Man O War has been known to sting people all over the globe, from Australia to Europe. Worst of all, these suckers are renowned the world over for the sheer agony of their stings. They leave long red marks on the site of the wound because of their tentacles, and it is advised to wash the site of the wound well with sea water in order to make sure there are no residual tentacles left behind on the body to continue to pump venom out onto the wound.

As always, medical attention is recommended if you find yourself on the wrong end of a Portuguese Man O War, especially because their venom has been known to cause severe side effects, including the sensation of an allergic reaction (including swelling and heart problems) if the venom reaches the lymph nodes.

Sharks are some of the most fearsome creatures on the planet, and we all know what they are capable of. However, while there are sharks that reside in the waters of Greece, most notably around places like Crete, there are still fairly rare. In fact, the likelihood is that you can spend an entire vacation in Greece and never come into contact with any type of shark.

Better still, even if you do encounter a shark during your time in Greece, the majority of sharks that can be found in this part of the world are not the most dangerous types of shark out there. Of course, they are still strong and predatory creatures, so it is still absolutely necessary to exercise caution if you do come into contact with a shark, but you can rest assured that you won’t be in any disproportionate danger. In fact, as we probably all already known, shark attacks are very rare anyway so, despite their violent capabilities, a shark attack in Greece is highly unlikely, with only 15 shark attacks having been reported in the region from the previous 170 years.

Scorpions are fairly common in Greece, from its many islands to the capital of Athens, so it really does pay to be vigilant in order to avoid a painful sting. While scorpions are commonly found in Greece, the risk of being stung is fairly low if you are cautious, and suffering a really severe reaction from the sting is even rarer unless you already know that you are allergic. If you do get stung by a scorpion, there is no need to panic. Simply wash the area with water and apply a cold compress or an ice pack to the site of the wound to reduce the chance of inflammation. However, if you feel any unusual tingling, lightheadedness, nausea, or blurred vision, it is best to get yourself to a hospital or doctor as quickly as possible in order to get the necessary treatment. Unfortunately, the severity of scorpion stings varies from person to person, so it is important to get side effects checked out.

In order to reduce the chances of being stung by one of Greece’s many scorpions in the first place, there are a few things you can do to ensure that your vacation is totally scorpion-free. Firstly, always check your shoes before entering your hotel or apartment, as these sneaky scorpions can sometimes cling to the bottom of your shoes. Additionally, be careful where you’re walking, as most scorpions take refuge under rocks and so the most likely place you will find yourself being stung is on the bottom of your foot, your ankle, or your lower leg. Also, make sure that all your pockets, purses, and bags are closed or as closed as possible in case a scorpion decides to sneak inside one of these.

What’s the most dangerous animal in Greece?

The Ohia snake is the most dangerous animal in Greece because, not only is their venomous and potentially fatal, but they are very common in Greece. You are more likely to encounter this creature than a shark or a brown bear, which makes the risk of an attack unsurprisingly higher. While their bites are not commonly fatal, they are guaranteed to be painful.

Are there any dangerous sea creatures in Greece?

Yes, there are dangerous sea creatures in the waters surrounding Greece and its islands. While there are sharks spotted around Greece, the most common sea creatures that pose the biggest threat to holidaymakers are stingrays and the Portuguese Man O War. Both of these creatures are more prevalent, more sneaky, and their stings can prove fatal in extreme cases.

Are there dangerous spiders in Greece?

Luckily for arachnophobes, there are no dangerous spiders in Greece. Yes, there is still an abundance of creepy-crawlies in Greece, and that includes spiders, but they mostly reside in Greece’s expansive forests and wooded areas. And, luckily, none of their spiders are venomous or dangerous to humans.