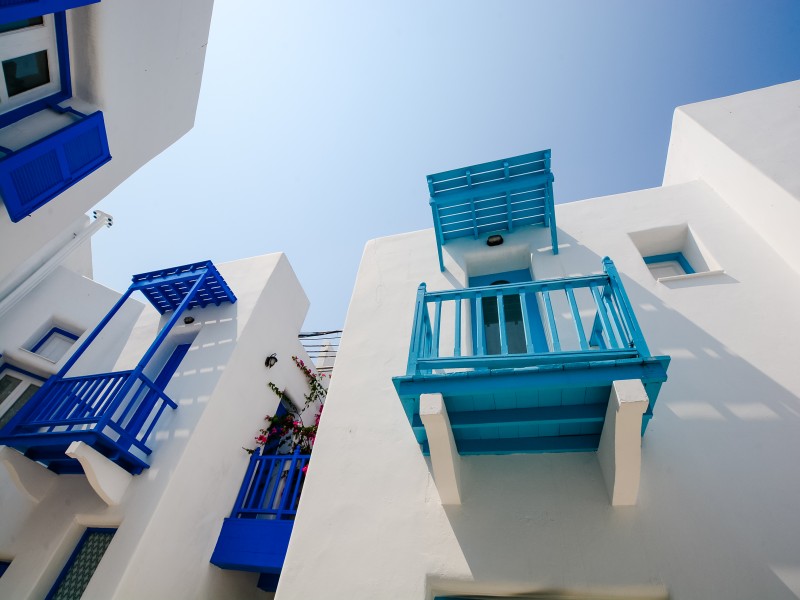 How Much Does It Cost To Build A Villa In Greece In 2023?

Living in Greece is a dream shared by thousands of people. Just imagine it – dips in the Aegean Sea every day, dining on fresh Mediterranean vegetables and fruit, long lunches of mezze in the local tavernas, Retsina wine with the sunset come evening, the endless sun, the fantastic olive oil, the hearty people. What more could you want?

Thousands of people go in chase of that dream every year. Today, there are an estimated 20,000 Brits, 45,000 Germans, and a whole load of Dutch, Norwegian, Swedish, and Americans residing in the country, many of them drawn by the laid-back way of life and the balmy climate. A good chunk of those will rent, while others will hit the affordable Greek property market in search of a bargain villa on the Cretan hills or a beachside pad in Naxos.

Others will build their own place. It’s an undertaking that’s quite popular in this corner of Europe. It offers a way to score a house in a location you love, offers a potential second stream of income from renting, and gives you the freedom to build a pad that’s tailored to your tastes. But how much does it cost to build a villa in Greece in 2023? That’s what we’re here to find out…

It’s hard to give a quick answer to such a complex question. There are just so many things at play when it comes to building your own pad in the land of tzatziki and dakos. Some can have HUGE impacts on the total cost of the project, like the location of the land (seafront spots in Mykonos will cost a whole load more than mountain meadows in the Peloponnese, right?). Others are more minor, like your choice of building merchant, though can have a cumulative effect that will impact the bottom line in a significant way.

Generally speaking, the number that’s usually quoted is that it costs between €900 to €1,500 ($1,050-$1,750) per square meter of build in Greece. Given that an average three-bedroom villa on the Greek islands measures around 200 square meters in all, you’re looking at about €200,000 ($231,000) for the full, unfurnished build. That doesn’t include the cost of the land, the cost of extras like a swimming pool and landscape gardening, or taxes, which typically amount to around 15% of the total. Factoring them in gives a final ballpark figure of about €320,000.

Let’s reiterate – that’s an estimation! There are so many variables to think about when it comes to calculating the cost of your Greek build that there’s almost no such thing as an accurate ballpark figure. It’s possible to bag land here for under $10k, but there are also plots worth millions. What’s more, smaller boltholes are never going to be as much as multi-room luxury villas. So, let’s break it down a little more…

Search any property website and you’ll see that there are stacks and stacks of land plots available in Greece. Yep, as olive farmers and rural workers flood to the cities in search of work, more and more of the backcountry is being sold up to would-be developers. You can now score anything from a sea-view pad overlooking the Aegean to a humble mountain grove.

However, not all plots are made equal. Only some plots in Greece qualify for a building permit. If there’s not already one attached to the plot, then you will need to engage a property lawyer. They will do all the due diligence on the land you’re considering with the aim of answering one key question: Does this comply with Greek building law. The good news is if the answer is affirmative then you will almost certainly be awarded planning permission (it’s not the same lengthy consultation process that it is in the US or the UK that could end with rejection).

More commonly, land in Greece is sold with existing planning permits. However, these are linked to specific projects and are time sensitive. If you want to make any changes or alterations to the design that’s permitted on the land, then you’ll need to return to the lawyer stage or make pricy amendment applications to the authorities.

There are two main associated costs at the land-buying step. The first is the cost of the land itself. The second is the price of the technical advice that goes with it, usually given as a report that’s known locally as a ‘topo’. The first can be anything from €20,000 ($23,000) for a small plot somewhere in the high northern mountains to €400,000 ($464,000) for a beachfront plot on one of the Cycladic islands. The cost of engaging an engineer to survey the land is usually a small percentage, but rarely exceeds €500 ($580).

There are two main areas where you can find plots of land to build on in Greece: Urban areas and non-urban areas. That might seem obvious, but they are actually a legal distinction here, known officially as plots within a planning zone and plots outside of a planning zone.

Basically, the size of the house you’re allowed to build on any given plot is directly proportional to the size of the plot itself. That means houses in small plots in urban areas are generally going to be smaller, although you’re allowed more of a construction footprint with urban builds. Still, if you want that dream villa with a sprawling swimming pool and olive-filled gardens, you’ll probably need to look to the larger plots outside of planning zones.

Most purchasers will engage a qualified property agent to help them find the right plot to start building on. They usually charge a fee of between 1-2% plus VAT, so you’re looking at around €1,500 in fees if you’re buying land worth €100,000 in Greece.

How much does it cost to build a villa in Greece in 2022? A lot of that will depend on the cost of construction. Thankfully, this stage is actually pretty good value for money in this corner of Europe. Not only are Greek builders very used to working on construction projects for expat employers, but they also work to a generally high standard of quality and have access to relatively affordable building materials.

There are two main ways to go about planning and raising that new Greek home. The first is to engage a developer who will take care of everything from planning to building and leave you with the finished product. The second is to go it alone and do the project management yourself. The vast majority of expat builders in Greece do the former, though the latter plan usually comes in a little more affordable.

There are a number of estimations for the cost of building, ranging from between €900-€1,500 to over €2,500 per square meter. We’d air on the cheaper side for private builders in much of the country, with the pricier estimations being related to commercial projects closer to Athens. These quotes include most aspects of the construction of the house itself, from clearing the plot to laying the foundations to utilities hook ups.

At this point it’s VERY important that you check and double check and triple check the specifications of the build you’re planning. What’s included in each project varies from builder to builder. Some plans will include that fitted kitchen you’ve dreamt of. Others might not. One might have a plan for an outdoor terrace and BBQ. Others won’t. Read the submitted plan very carefully before you give the go-ahead so you know exactly what you’ll be left with when the construction is done.

The cost of a swimming pool in Greece

You might not need a pool in Greece if you’re only a stone’s throw from the sparkling Ionian Sea and the glorious beaches of Zante or Kefalonia. But don’t forget that temperatures can soar to over 100 F in the midsummer in this corner of Europe, so a pool rarely goes amiss.

It’s usually recommended that you consider this in the initial build plans, because permission to add a pool in retrospectively can be tricky to get at a later date. That will add a small premium to the cost of the planning stage with your developer, and more to the construction process as a whole.

Asking how much does it cost to build a villa in Greece doesn’t end when the construction ends, you know? There are also some associated taxes and legal costs that you’ll need to cough up once your dream villa is complete and you’re splashing around in the pool. These include:

How much does it cost to build a villa in Greece in 2022? There’s no easy answer to that question we’re afraid. It all depends on what sort of villa you want. Will it be a colossal mansion overlooking the Saronic Gulf near Athens with an infinity pool and a hot tub? Or do you just want some highland cottage with a plunge pool and a single bedroom in the Dikeos Mountains?

Rough estimations have it that a villa in Greece costs anything between €100,000-500,000. The main impacts on the price will be the cost of the land plot in the first place, the sort of builder you go with (developer or individual), and what extras you want included (landscaped gardens, swimming pools).