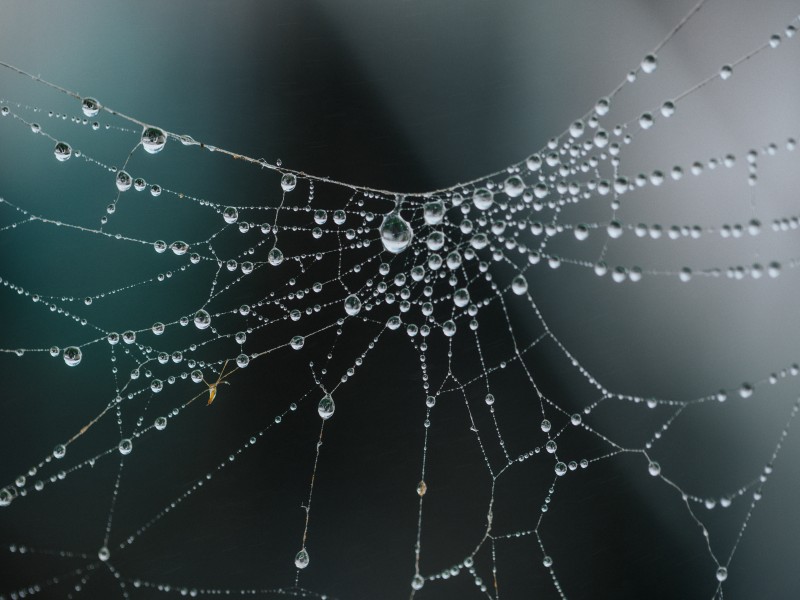 The 5 Most Intriguing Spiders In Finland To Know About

So, you’re planning a trip to the enthralling Nordic land of steaming saunas and rolling tundra, of Santa Claus and salt-washed fjords on the Baltic? Great choice. It’s sure to be one doozy of a jaunt Scandinavia way. But what about the spiders in Finland? Which should you know about? Are they dangerous?

Cue this guide. It’s a 101 to all the spiders of Finland, with info on the arachnids that pose a potential danger to humans and others that are common all across the country. The focus here is on five of the most intriguing species of all, from water-dwelling critters to seriously venomous customers that shouldn’t even really be here!

The good news is that the spiders in Finland aren’t really any cause to worry for travelers. The country doesn’t have any deadly arachnids of its own and it’s very rare that one of these eight-legged beasts can ruin that dream jaunt to Lapland or beyond.

The diving bell spider is Europe’s only aquatic spider. Yes, there are other arachnids that spend time in the H2O (some even on this list of spiders in Finland). However, there are none that spend the vast majority of their waking life totally submerged below the surface. Until the Argyroneta aquatica comes along, that is…

Capable of spending hours on end under the water, the diving bell spider will only rarely emerge to rejuvenate its oxygen supply. They do everything below, from sleeping to mating to hibernating! That’s why the favored habitats here range from lakes to open ponds to wetlands and canals – sounds like Finland is just about perfect, eh?

The name comes from the unique shape of the web that’s spun. Of course, it’s built completely under the water and is said to resemble the outline of an old-school diving helmet from way back when. Don’t get too curious, though – these guys have a bite that’s reportedly pretty darn painful, often resulting in severe swelling and even systemic symptoms such as vomiting.

The raft spider was first described way back in the 1700s in the Scandinavian spider encyclopedia Svenska Spindlar by legendary Nordic entomologist Carl Alexander Clerck. What he outlined was a rather large specimen with clear yellow stripes marking the sides of the thorax and the body. There are hairy legs that fatten towards the base and thin towards the tips. The main coloring is a dark, undergrowth brown.

Today, raft spiders are regular pop-ups all across central and northern Europe. You’ll find them in the UK, all the way across France to Poland and Belarus, but also well into the steppes of central Russia. In Scandinavia, they’re usually limited to the more southerly portions of countries like Sweden and Finland, but some scientists think global warming is gradually driving them closer to the Arctic.

Rafts love to live in semi-wet habitats like heathlands and bogs, but also in wooded areas close to a source of water. That’s not only the perfect place for their camouflaged colorings to blend in but spot on for finding and chasing their favorite meals: Pond striders, water boatmen bugs, and beetles. Yep, instead of building elaborate webs, these clever critters frequent the sides of ponds to stalk prey on the surface.

Raft spiders do bite, but they are nowhere near as dangerous as their close compadres, the great raft spider or fen raft spider (more on those below). They’re also pretty darn aggressive. Studies have even left scientists perplexed as they show that females have a zero tolerance policy to approaching males of the species, almost always opting to attack all out!

Closely related to the normal raft spider (see above), the fen raft spider is just a touch larger than its water-loving cousin but a whole load more dangerous. It’s capable of growing to the same size as a human palm (something like 70mm in all if you include the length of the legs) and has a long back section with brownish markings that joins a frontal body that’s darker black. The limbs are thick and beefy, with pointed ends and multiple sections.

Again, like the normal raft before it, the fen raft is a semi-aquatic animal. They live in marshes and swamps, close to rivers, in riparian woodlands, and on bogs. The prey of choice? Once again, it’s a mix of water-based bugs and whatnot, though the fen can sometimes be large enough to chase bigger critters like dragonfly and small fish.

Fen raft spiders are common in Eastern Europe and eastern Scandinavia, but much rarer in the western half of the continent. The have populations all over Finland, from the fjords of the south all the way to the Arctic Circle up north. And it seems as though they’ve been expanding, as there are now recently identified (and protected) groups of fen rafters in the UK, in Norway, and Italy.

They can bite and are venomous. In humans, it’s a much worse than their smaller bro, capable of leading to severe swelling and even necrosis of the flesh. That said, bites rarely result in complications and there have been no recorded deaths from the species.

Let’s get the scary bit out of the way first: The Chilean recluse spider is considered a highly venomous arachnid. It’s got one of the deadliest bites on the planet, capable of inflicting severe necrosis of the flesh, not to mention potential full-body symptoms known as Viscerocutaneous loxoscelism (a combo of ulcerating tissue and shutdown of the kidneys). A whopping 3-4% of bites from these guys are thought to result in death. Yikes!

Okay, now for the good bit – there’s not a single Chilean recluse spider in the wild in Finland. Not one solitary member. The only population found in this corner of Europe is limited to the Museum of Natural History in Helsinki. There, they run wild in the dark and dank cellars and storage rooms that are their favorite habitat. Occasionally, they are glimpsed by curators and caretakers but rarely come into contact with the public.

It’s thought that Finland’s exotic population of recluses was transferred to the country decades ago. Reports of them appearing in the museum go way back to the early 1960s. Experts now believe that they managed to transport themselves some 8,200 miles in an apple crate imported from Argentina. See, they’re hardy folk, capable of going long periods without water or food.

Just in case you decide to go a-prowling around the Helsinki Natural History Museum, you’re on the lookout for a pale-limbed arachnid that can grow to over 35mm in length. There’s a very distinct marking on the back of most specimens that forms the shape of an orchestral violin – hence the nickname, the fiddleback spider.

It’s so small that you might not even notice it. These guys manage a total growth of no more than 6mm across at their longest point – and that’s the biggest of the bunch! They blend in well, too, with a woodland-brown covering that’s dashed with just a few tan-brown markings here and there. The legs are grey and brown, and separated into three or four segments that end with a needle-like point.

Linyphia triangularis is a classic web spinner of a spider. They lay a big base web and then horizontal traps above, intended to catch flying insects who then fall into the main silk below before being eaten or preserved in fibers for later consumption. They aren’t considered dangerous to humans at all and live all over the warmer parts of Finland and greater Scandinavia to boot.

Spiders in Finland – our conclusion

There are some pretty darn intriguing spiders in Finland that we think travelers should know about before touching down in the home of pine-scented saunas and Santa grottoes. They include the Chilean recluse, an imported spider that’s actually deadly (though only lives in one place – literally – in Helsinki), and the fen rafter, a water-dwelling spider that’s got a nasty bite. More common critters here include the common raft spider and the brown-colored Linyphia triangularis, which you’re likely to find all over the country, especially in the warmer summer breeding months. 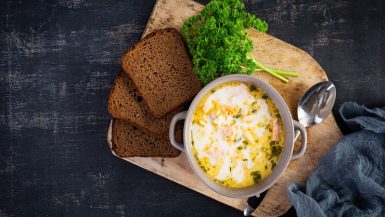 What Is The Best Food To Try When Visiting Finland? 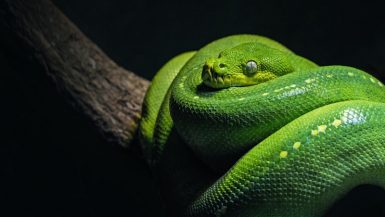 The 5 Most Dangerous Animals In Finland To Know About