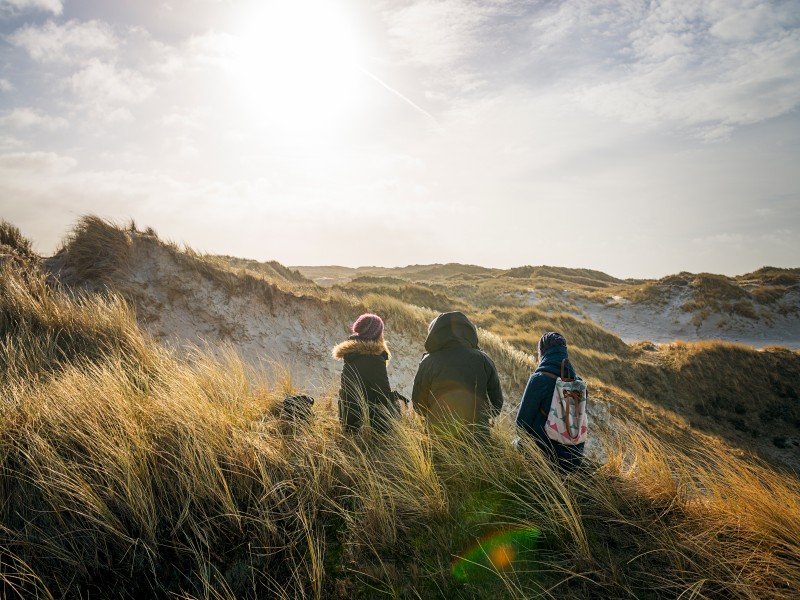 Aarhus or Aalborg: A Battle of Two Danish Cities

Can’t decide between Aarhus or Aalborg? Let us help. We’ve put together this guide to weigh up the differences and similarities between these two cities of the Jutland Peninsula in western Denmark.

From the ease of getting to each place to the day trips that you’ll be able to make when you’re there to the vibes of the nightlife, we’ll take a look at all the important bits of planning a trip so you can get an idea which Danish city is best for you.

The good news here is that if you absolutely cannot decide then it shouldn’t be too hard to visit both in the same holiday. That’s because Aarhus and Aalborg are only 120km away from each other and come linked by the main E45 motorway that cuts through Jutland. Why not do both?

Aarhus or Aalborg for the ease of travel

Aarhus is the second-largest city in Denmark, which means you shouldn’t have much trouble getting there. You can fly directly to Aarhus Airport, which has a couple of low-cost flights from some European destinations. However, if you’re coming from overseas, much bigger – and busier – Copenhagen Airport is your best bet, while European travelers will also find plenty of direct flights into Billund.

There are twice-daily trains from Denmark’s capital that take around three hours to Aarhus. You can also take a bus, which might be cheaper but it’s a little slower than the railway option. It’s even easier to get there if you fly into Billund. The journey straight from the airport there takes around 90 minutes if you opt for a direct bus.

Aalborg, on the other hand, is a city in the northern part of the Jutland Peninsula, which makes it a little harder to get to than Aarhus, especially if you’re traveling overland. It does also have an airport with a limited number of flights to European destinations, including flights to the country’s own capital, which has a number of worldwide services that it’s possible to connect with.

You can also reach this charming Danish city by bus and train from a couple of other destinations within the country. A journey from Copenhagen takes around five hours by road and 4.5 hours on the railways. You could also look into getting a ferry across from Norway or Sweden – they run regularly throughout the summer months but are quite slow.

Aarhus or Aalborg for sights and attractions

Being the most populous city on Denmark’s part of the Jutland peninsula, Aarhus has a lot to offer. From a number of hipster cafes to European architecture, from lively and youthful nightlife to interesting museums, you won’t have much trouble finding things to do and see in this small town…

Take a stroll around the streets of the city center, which is also known as Indre By. There are plenty of bustling coffee shops and restaurants nestled between colorful 18th-century buildings there, all threaded together by cobblestone alleyways. We also recommend heading to the open-air old town museum in Vesterbro. It’s known as Den Gamle By and offers a glimpse of what Denmark used to be like. Oh, and a visit to ARoS is a must. It’s one of the largest modern art museums in the country.

Then there is Aalborg, a city that sits on the Limfjord channel that divides Jutland into two halves. It was once a Viking settlement, which later became an important port due to its geographical location. That said, there have been big efforts to rejuvenate the industrial waterfront and the center, meaning it’s been positively thriving in recent years.

Take a stroll along the salty promenade that has plenty of bars, cafes, and restaurants nestled between the moored boats and parks. We also recommend heading to the charming old town, which is dotted with cute, colorful houses. There is a white, marble cathedral worth seeing – it’s known as the Budolfi Domkirke. Groups with children will surely enjoy a trip to Alborg Zoo, too, which hosts over 1,000 animals, from polar bears to chimpanzees.

Winner: Aarhus, there is more to see and do there.

Aarhus or Aalborg for nightlife

Denmark is known as one of the best Scandinavian nightlife destinations, especially thanks to the vibrant capital. But it isn’t only Copenhagen where you’ll find bustling venues in abundance. Aarhus is largely a student town, known for having some of the youngest residents in the country, which means there is plenty to do after the sun goes down. From hip beer joints to nightclubs that go all night to noir cocktail bars, there is no shortage of drinking spots around the narrow streets in the center and the charming canal sides.

That said, when it comes to nightlife, Aalborg is second only to buzzy Copenhagen. The downtown area on the southern side of the channel is your best bet if you’re looking for a choice of drinking joints. It’s where the famous Jomfru Ane Gade awaits, a long pedestrian street lined with nightclubs, bars, and cafes. It’s hard to find a better bar hopping place in all of Scandinavia if you ask us! Head to Storm P Beer & Cocktails for some of the best cocktails in town or visit Zwei Grosse Bierbars to try some German craft beers. You can then finish the night dancing at Space Club Aalborg.

Aarhus or Aalborg for hotels

Whether you’re looking for a boutique hotel in the center or an affordable stay for the whole family, you shouldn’t have much trouble finding it in Aarhus. Those with plenty of cash to splash should appreciate the beautiful French Art Deco interiors at Villa Provence ($$$). It’s well located, only a couple of minutes’ walk from the train station. If you’re at the opposite end of the budget spectrum, you won’t find a cheaper place than BOOK1 by Brøchner Hotels ($). It’s a stylish and modern, Scandi-style hostel in the center of the town.

Aalborg hasn’t got a great choice of budget hotels, so you might struggle a bit to find a bed that will cost below $50 a night. That said, if you’re willing to stay across the channel from downtown, you might be able to find some well-priced pensions. One of them is Aalborg City Rooms ApS ($), which offers basic rooms in Norresundby. However, if your money stretches further, you could stay at Mortens Kro Boutique Hotel ($$$), an establishment with stylish rooms overlooking the city.

Aarhus or Aalborg for day trips

Day trips are a great way to make the most of your jaunt to the charming town of Aarhus, as there is plenty to see within a short distance. Nature lovers should take advantage of the proximity to the beautiful Mols Bjerge National Park. From gentle hills to leafy forests and wild beaches, there is lots to explore there. The park is a little over halfway up to Ebeltoft, too. That’s a small and charming village on the coast, replete with cute Danish architecture and cobbled streets. History buffs will enjoy a visit to Ribe the most. It was once one of the most important Scandinavian port cities during the Viking era. It takes almost two hours to get there, but it’s well worth the effort!

There are also plenty of places to visit in one day if you choose Aalborg. One of them is Aarhus itself! The two cities are actually less than two hours away from each other, both by car and by train, so you can easily travel back and forth in a single session. Skagen is another place worth visiting from Aalborg. It’s the most northerly town on the Jutland Peninsula, with wild, white-sand beaches and lots of interesting museums. You can get there in a little over an hour by car, or in about two hours by train.

Aarhus or Aalborg for food

Aarhus may be Denmark’s second-largest city, but it feels like a small, walkable town rather than a big urban jungle. It might not be sizable, but there is no shortage of great restaurants, many of which are within a short distance from one another. From high-end, Michelin-star eateries to budget street-food markets, Aarhus has something for everyone. If you’re looking for something upscale, we recommend Restaurant Domestic, with its menu made solely from Danish ingredients. Or there’s Gastromé, a spot that serves cutting-edge dishes in a stylish location. For cheap and tasty snacks, look no further than Aarhus Street Food near the train station – it will rarely break the bank!

Unlike Aarhus, Aalborg has no Michelin-star restaurants but that doesn’t mean it isn’t great for foodies. The center of the town is the best place to be if you’re hungry, whether you want to try local cooking or international delicacies. Fine-dining enthusiasts who don’t mind splashing the cash will surely enjoy Tabu – expect beautifully presented, contemporary dishes delivered by the chefs themselves there. Restaurant Nam is also a fantastic high-end option, but that’s a little cheaper than Tabu overall.

Aarhus or Aalborg for prices

Unfortunately, Denmark, along with the rest of Scandinavia, is known for being among the priciest destinations in the world. That means, that whether you choose Aarhus or Aalborg, the holiday likely won’t be a cheap one.

Aarhus is a student town. That means you might be able to find better deals on accommodation, but most other things will generally cost a little more than in Aalborg. The cheapest hostels start at around $30 for a bed in a dorm. Luxury stays will certainly be in triple figures. You should expect to pay around $19 for the most basic restaurants, but that goes up to almost $100 for a meal for two people at a mid-range venue. (We won’t even mention what the fine-dining will set you back!)

Aalborg isn’t as popular a place to visit, which means a trip should cost a little less, but there isn’t much in it. It’s not easy to find accommodation below $50 a night, but mid-range stays don’t cost more than those in Aarhus. That said, you will notice that rates in bars and restaurants are a little lower, so eating and drinking out is cheaper. The average cost of a meal at a mid-range restaurant here should be about $75 for two. A pint of beer typically costs around $6.70.

Winner: Aalborg, but there’s not much in it.

Aarhus or Aalborg – the conclusion.

Aarhus or Aalborg? To be honest, these two towns aren’t all that different. They’re also very close to each other, which is why the best solution here is probably to do both on the same trip (the journey from one to the other is less than two hours in all). If that’s not possible, then we’d pick Aarhus for art and history but Aalborg for nightlife and closeness to the beaches of Skagen, which are a highlight of western Denmark. You might also find that Aalborg is the slightly cheaper of the two. 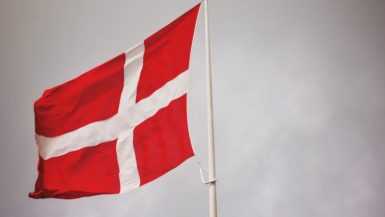 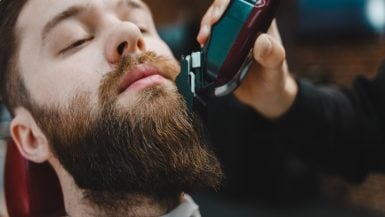 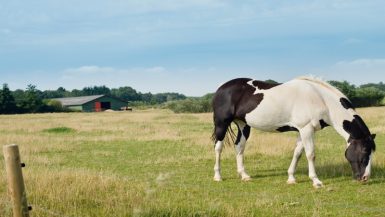