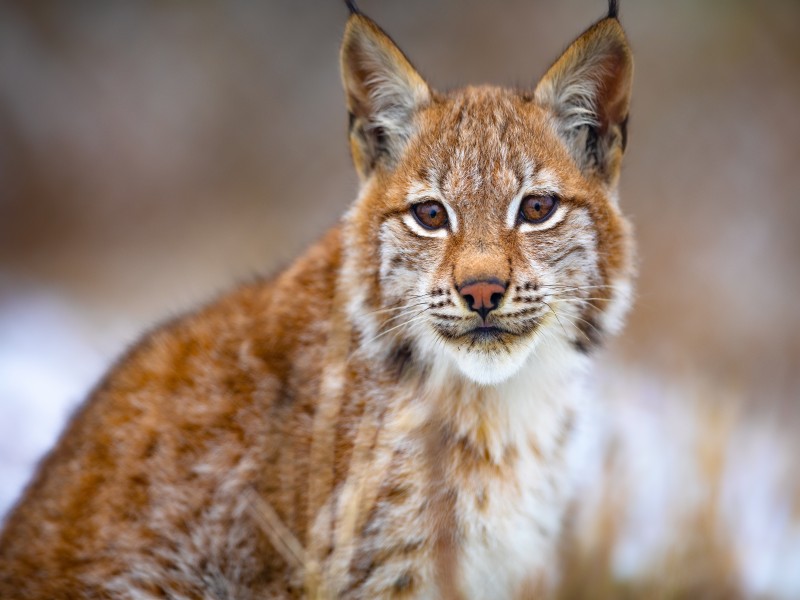 The 7 Most Dangerous Animals In Czech Republic To Know About

This guide homes in on seven of the most dangerous animals in Czech Republic. It’s got info on the bigger specimens – the brown bears and the stalking pack-hunter wolves. And it’s got info on the smaller critters, from the poisonous spiders that inhabit the home of frothy beer to tiny ticks that can spread disease.

The good news is that Czechia is hardly like the wilds of the Serengeti or the tropical jungles of Southeast Asia. It doesn’t really have any animals that can pose a major threat to human life. The upshot? Incidents with the creatures below that involve human injuries or fatalities are actually very rare, so you don’t have to worry too much when jetting off to see the wonders of Prague Castle and sample the wild nightlife of Brno.

But it does pay to be aware of the most dangerous animals in Czech Republic. From snakes that can bite with venom to unruly wild boars, there’s a good group of creatures that you should be wary of wherever you go in this nation at the very heart of Central Europe. Let’s take a closer look at those…

Ah the brown bear – surely this one’s among the most formidably dangerous animals in Czech Republic? Just look at the size. Also known as the grizzly in North America, these can grow to be a whopping 180-220kg and measure over two meters from end to end. They also posses an incredibly powerful sense of smell to hunt out would-be dinner from a distance, along with claws for gouging and extremely strong canine and incisor teeth that have evolved to slice through living flesh.

The mighty Ursus arctos once reigned supreme over the forests and hills of Czechia. However, it was driven to almost complete extinction throughout the 1700s and 1800s. Recent reports show that it’s now making a return, however, with reported populations thriving in the Beskid Mountains of the east and the Carpathians that run along the border with Slovakia and Poland. There have even been some reports of these guys patrolling forests in the vicinity of Prague!

Usually shy of human contact, brown bears are most often encountered when there’s food to play for. If that’s the case, they can get territorial quite fast. They’ll usually precede an attack with a warning sound that’s like a human huffing. That will be followed by a fast charge and a swipe of the claws or the bear entering its stand-up attack position to bite. Neither are good news!

The common adder is pretty much the only venomous snake that can be found in Czechia and much of Central and Western Europe for that matter. It’s a very common viper type snake that grows to an average of 60-80cm at full adulthood, though the specimens found in the Slavic states in this part of Europe tend to be on the smaller side of the spectrum. Color wise, they vary considerably, but usually have brown and black markings that form a distinct geometric pattern down the whole of the body.

Common adders are often seen as the most dangerous snake in Europe. That’s not strictly true on account of some far-more-potent viper species that live in the Balkans. However, they are venomous and can cause pain in humans, though deaths are very rare from these guys. Usually, bite effects from Vipera berus are mainly localized, with most complications and fatal cases coming from ensuing anaphylaxis.

Adders have adapted to live in a whole range of habitats across Europe. They’re all over the coastal reaches of the continent where they reside in sandy dune landscapes. In the landlocked Czech Republic, they can thrive in both low-lying marshes and wetland regions, but also in mountainous areas up to 1,500 meters ABSL along the Silesian Ridge and amid the Giant Mountains close to the Polish border.

Fantasy novels and non-fiction history books are riddled with tales of kings and heirs falling victim to wild boars on royal hunts. That should offer just a clue as to how dangerous these feral swine can be. Sure enough, they are known to have a fearsome temper and are very quick to anger. In addition, they really don’t like being disturbed by humans and regularly stray into built-up areas where meeting homo sapiens is all the more likely. That’s not a great combo.

Wild boars are known to live mainly in the mixed deciduous forests that cover much of the central Czech Republic, spreading between the twin regions of Bohemia and Moravia. They are stout and bulky, with an average weight of between 120-130kg in Europe. Add to that top speeds of a whopping 25 miles per hour and two tusks evolved for the express purpose of gouging and you begin to see why these guys are so darn feared!

In total, it’s estimated that there has been something in the region of 670 boar attacks on humans over the course of history. However, some say incidents are becoming more and more likely today, mainly due to the way boars are attracted to human habitation due to rubbish disposal but also because of developments encroaching on the woodlands and mountains where they live.

There are now wolves back in the Czech Republic. We say back because, just like the brown bear before them, these guys were hunted to near extinction in the 19th century, mainly by farmers who saw them as a major threat to livestock.

That all changed with the reintroduction of some packs in the late 90s, and that’s grown to around an estimated 80 individuals over something like 24 separate packs today. Most can be found in the mountains that line the German and Polish borders in the north of the country.

The risk to humans is very small from such a nascent population of roaming pack hunters. However, wolves can be dangerous. They are well adapted stalkers and pursue prey for days on end. They possess teeth that are capable of crushing bone and slicing through living flesh. And they are quick runners with the capability to strike with bites and scratches in just a matter of seconds.

Also known as the yellow sack spider, the dornfinger is widely regarded as the most dangerous of all the spiders in Czechia. It’s among the most dangerous spiders in Central Europe as a whole, in fact, coming armed with a bite and a concomitant venom that’s said to be more painful than a wasp sting overall. In addition to that, victims who are known to suffer from allergies can go into shock following a bite from a dornfinger, leading to serious holistic complications such as nausea and confusion.

Growing to just 15mm across in total, they aren’t the largest or most imposing of the most dangerous animals in Czech Republic listed here. What they are good at is camouflage. With a light beige-brown coloring, they mingle perfectly with their favored habitat of long meadow grasses and farm fields.

The worst time for dornfingers in Czechia is during the summer. That’s when the female of the species will construct the large egg sacs in open fields of long grass. They will protect those very aggressively and be quick to strike any walkers who happen to get too near. So, beware if you’re planning on hiking the undulating hills of Bohemia this year, folks!

You’re not likely to see a moose in the Czech Republic. These colossal members of the ungulates branch of animals were actually driven out of much of Central-Eastern Europe in the 1800s. Up until the 1950s, their only known range was the boreal forests of northern Russia and the wooded mountains of North America.

But they’re back! Since the 1970s, small groups of moose have been recorded in the land of Bohemian beer, specifically in the low hills of the Sumava Mountains and the Trebon basin of southern Bohemia.

Not often said to be hugely dangerous to humans, the worry here comes largely from the sheer size of the animal. Known as elk in the US and Canada, they can grow to a mega two meters in height and almost half a ton in weight, though European members of the species tend to be a touch smaller than that. They can sometimes become aggressive to humans, but only usually when provoked. Sadly, that, coupled with their penchant for entering towns and cities, means they actually attack more people around the planet than both bears and wild wolves!

Ticks thrive in the Czech Republic just as they thrive across much of central Europe. This country is just about perfect for an animal that likes rolling plains of lush grass, green fields, and woodlands – that basically sums up the whole of Bohemia and Moravia, the two largest regions in this nation!

Smaller than the tip of a human finger, ticks measure around 5-10mm across. They have a black head and a brownish body but can also appear fully black all over in some places. You can discern them from other insects like spiders by the shape of the thorax (it’s more tapered and wider at the back here) and the arrangement of the legs (which sprout from the sides equidistance apart).

So, why are ticks up there with the most dangerous animals in Czech Republic? That’s all down to the diseases that they can carry. The main one is Lyme disease, which can cause flu-like symptoms but also serious mental health consequences if left untreated. There’s also tick-borne encephalitis, cases of which are growing at an alarming rate in the home of beer.

The most dangerous animals in Czech Republic – our conclusion

This guide runs through just seven of what we think are the most dangerous animals in Czech Republic. You’ll notice that there’s a pretty varied mix of fauna, going from bulky brown bears to venom-wielding snakes to miniature insects that can spread disease. All are worth knowing about because they can do damage to humans; enough damage to ruin that once-in-a-lifetime trip to the beer halls of Prague or the rolling hills of rural Bohemia. 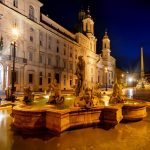 Best Way to Get Around Rome: Transportation Guide
3 days ago 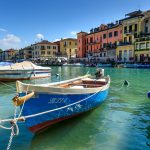 Northern Italy Itinerary, 7 Days From The Alps To Milan
3 days ago

Jewel Of The Italian Riviera: Is Portofino Worth Visiting?
7 days ago