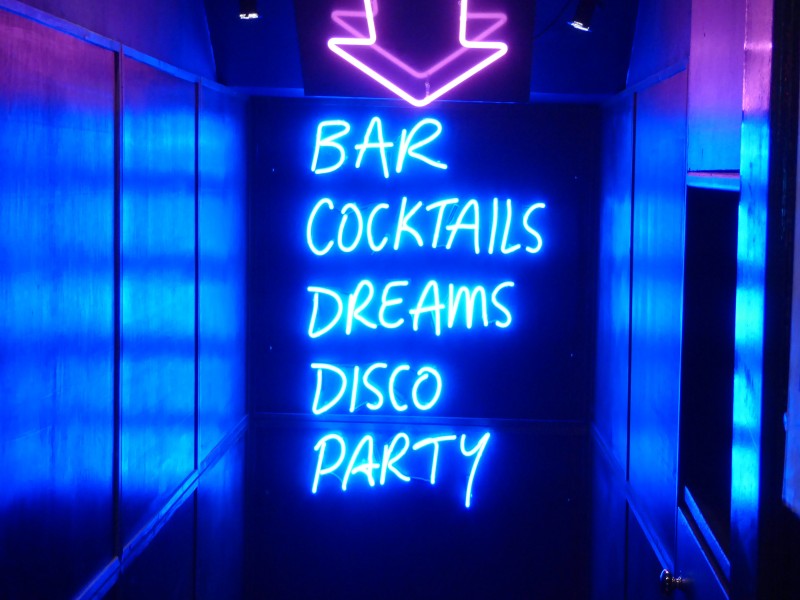 Nestled on Croatia‘s Dalmatian Coast, Zadar is the oldest continuously inhabited city in the country with a rich cultural heritage acknowledged by UNESCO. It’s best known for its peninsular Old Town which is dominated by Venetian ruins, archaeological sites, and Roman-era landmarks, but Zadar is not all history and culture.

We all want to let our hair down every once in a while, and where better to do so than on holiday? Along with its long and varied past, Zadar is also an energetic and modern city with a vibrant student population, and there are plenty of great nightlife spots to satisfy the tastes of younger crowds.

Zadar’s nightlife scene is unpretentious and dynamic, from the cozy waterfront tavernas, that are bursting at the seams on warm nights in the high season, to the raging dancefloors of the international nightclubs just outside the Old Town. Our guide explores all of the best nightclubs in Zadar so you can have the top pick. Let’s get into it.

The only nightclub within Zadar’s old city walls, Svarog is a premier party spot in the city and is unmissable if clubbing is on the agenda for your Dalmatian getaway. Svarog is located in Five Well Square in the historical center, and visitors can dance the night away until 5 am, six days a week, in the high season.

The open-air terrace supplies the perfect atmosphere for magical nights and new experiences. You can expect Hip Hop and RnB sounds all summer long.

Arsenal is a multifaceted venue, occupying a 16th-century naval building on the edge of the Old Town. The tall ceilings create the perfect acoustics for concerts and theater performances, and by day, the cozy café and gallery form the cultural heart piece of the city. However, its cocktail bar and spacious stage, which hosts international DJs as well as local bands, gets pretty lively by night and visitors can party away until 4 am in the summer months.

Opening hours: Open daily, 7 am to 4 am (seasonal hours)

Located within Queen Jelena Madije Park, Ledana is a popular hangout of locals and tourists and an all-around entertainment hub. Throwing themed parties, fire shows, concerts, and even stand-up comedy nights, the modern lounge is an excellent escape from the hustle and bustle of the city within an unmatched setting. On weekends, you can expect live DJs, great cocktails, and even shisha.

Located five minutes from the center of Zadar’s Old Town, Hype bar is a relatively new contender on the city’s nightlife scene. but it’s done well to make a name for itself with partying tourists and lively locals.

Hype Bar hosts regular DJs with an extensive cocktail menu, fashionable interior, and spacious dancefloor, which can get pretty busy on the weekends. Open until 5 am, it scores the perfect balance between hip hangout and raucous nightclub.

Opening hours: Thursday to Saturday, 10 pm to 5 am, Sunday to Wednesday, Closed

You might have to venture slightly outside of the Old Town of Zadar to visit this nightclub, but it will certainly be worth it. Podroom is one of Zadar’s biggest and most popular clubs, drawing tourists and DJs from all over Croatia.

Their music catalog spans genres, from pop and dancehall to disco and EDM. Podroom boasts private booths and even a VIP room for special occasions. Things don’t kick off until late here – Podroom is a club to hit after all the bars in the Old Town have closed for the night. Open until 6 am, and even later for special events, this is a destination for true night owls.

Opening hours: Friday to Saturday, 12 am to 6 am, Sunday to Thursday, Closed

Step back to the 70s in one of Zadar’s oldest bars. Rio Bar prides itself on its funky vibes, old-school tunes, and wide selection of house cocktails, including the signature “Rio Color”, a vibrant twist on the classic mojito in colorful, gaudy style.

Rio Bar is conveniently located next to the waterfront in Zadar, and despite its retro theme, it’s a popular hangout for young, local crowds, thanks to its reasonable prices and eclectic atmosphere. With a welcoming owner, great tunes, and a well-loved position as part of the furniture on the Zadar nightlife scene, Rio is one of the best-rated nightclubs in the city and it knows how to keep revelers coming back.

A premier clubbing destination for fans of techno, house, dance, and Hip-Hop, Opera Club is a seasonal nightlife venue on the edge of the Old Town in Zadar. It stays open most nights of the week throughout the summer months, and until 6 am on Saturdays, with multiple rooms, atmospheric dance floors, state-of-the-art sound systems, and a cool outdoor terrace.

Does Zadar have good nightlife?

Zadar isn’t the liveliest spot on the Dalmatian coast, but crowds of budding tourists and energetic locals keep things exciting in the high season. Zadar has an unpretentious entertainment scene. People spill out from the city bars on warm summer evenings, and there are plenty of places on the waterfront to enjoy the sea breeze with a glass of Croatian wine in hand. The Old Town is peppered with late-night haunts and music venues, but for the best nightclubs, you’ll have to wonder just outside the historical center. When you do, you’ll find thumping bass and busy dance floors ongoing until the early hours of the morning.

Where is the best nightlife in Croatia?

The Croatian capital, Zagreb, arguably boasts the best nightlife in the country, with the perfect mix of young locals, curious students, and a steady flow of international tourists. However, the Dalmatian Coast and islands off the coast of Zadar can get very lively in the high season. Hvar and Split are premier party destinations in the summer months, and Pag Island plays host to a number of international music festivals on its enchanting northern beaches.

How old do you have to be to go clubbing in Croatia?

The legal drinking age in Croatia can start at as young as 16, but to purchase alcohol and enter nightlife establishments where alcohol is served, the general age limit is 18 years. You’re much less likely to get asked to show identification in Croatia than you are in other European countries where the drinking age is more strictly regulated, but it doesn’t make it less illegal to enter nightclubs and the establishment could face harsh repercussions for allowing you to enter.

When is the best time to visit Zadar?

Zadar has a lusted Mediterannean climate with sun-soaked summers and mild winters. July and August are the most popular times to visit, but the city is busiest and most expensive at this time of year. Temperatures start rising in May and June and it stays warm in Zadar until September, with the sea temperature still hovering in the high 70s. For this reason, Autumn is one of the best times to visit, when you can expect fewer crowds, shoulder seasons discounts, and pleasant conditions.