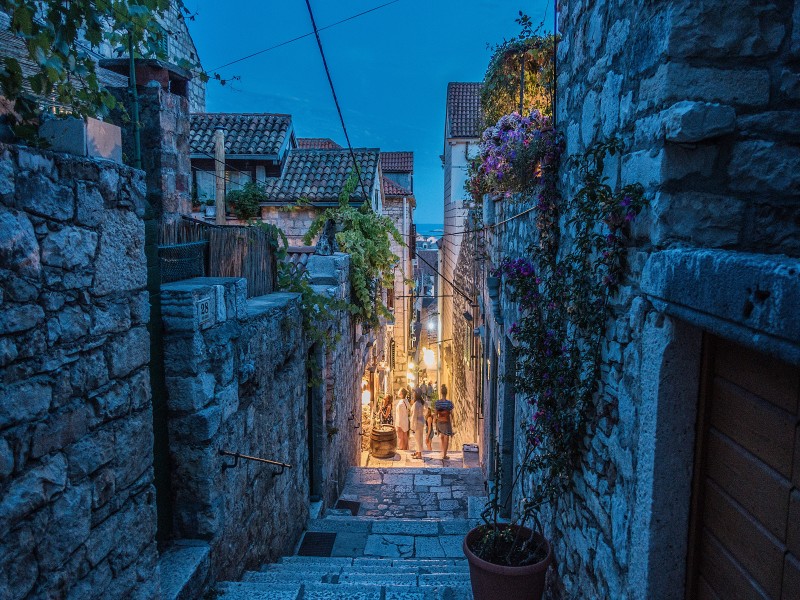 Is Hvar Expensive? 2023 Money Guide to the Croatian Island

Hvar, the town and port on the bustling Croatian island of the same name, is home to lusted beaches, sumptuous cuisine, energetic nightlife, and centuries of history. There are plenty of reasons to visit this Balkan nation, but island holidays can come at a higher price, so is Hvar expensive?

From the cobblestone streets, hilltop fortifications, and 13th-century city walls to the jagged coastline and inland lavender fields, Hvar has something for everyone. It’s no surprise that the island is one of the most visited destinations in Croatia. Still, with four UNESCO heritage sites, the only place in the world that can say this, it could come at a price.

Croatia boats western European appeal but maintains its Balkan charm, with prices to match, but Hvar isn’t a shoestring destination. Find out the real cost of visiting the island in 2023 with our guide, from the transport to the food and everything in between. Let’s get into it.

The average cost of a holiday to Hvar

Croatia isn’t the budget destination it once was. With 20 million annual tourists now visiting its rustic Balkan shores, prices have soared in recent years and it can come out a lot costlier than neighboring Serbia, Slovenia, Hungary, and Montenegro.

The north and even the capital city are still quintessentially Slavic when it comes to price, with Zagreb coming out 40 percent cheaper than London on average in all respects. While the dreamy coastal towns and cities dotted along the Adriatic could make the Mediterannean dream a reality, boasting much lower costs than Italian, French, and Greek getaways.

So where does Hvar fit into all this? The islands in Croatia, like any destination, are the most expensive. Pair the sparkly western European appeal with higher importation costs and you have the recipe for some budget blowing. The cost of staying in Hvar might be lower than in Milan, Paris, London, and even Alicante, but you can expect to spend two or three times more in Hvar for accommodation and food than you can in Zagreb. Still, Hvar doesn’t have to break the bank.

Travelers report spending around kn619 ($86) per day in Hvar, which comes to kn284 ($40) on average on transportation per day, and closer to kn231 ($32) for food. The average hotel price for a double room sits at around kn724 ($101) a night, while entertainment and activities can be relatively budget-friendly at around kn45 ($6) for an entrance ticket. So, a seven-day trip to Hvar will cost a couple around kn8,660 ($1,211), although this all depends on your spending habits.

Before we break this down, let’s take a look at some of the typical daily expenses you can expect on a holiday to Hvar:

Is Hvar expensive to visit? Getting There

The first thing to consider when booking a holiday is how you’re going to get there. Croatia has a well-connected mainland, sharing borders with five European countries and reaching distance and across maritime borders to many more. You won’t struggle to get to the nation if you’re already on the continent, but as an island, Hvar will take a little extra effort to reach.

The easiest way to get to Croatia, firstly, is by plane. You can drive or take a train from certain spots in northeast Italy, Slovenia, Serbia, and so on, in less than a few hours. For example, Trieste is just a two-hour drive to Pula on the Istrian Peninsula, and three hours more if you want to make it a road trip down to Dalmatia where Hvar is located, otherwise a public bus will bustle you across the borders for as little as kn100 ($14) each way.

Split is the furthest you can get on public transport before changing to the ferry to reach Hvar, and you can venture from as far away as Ljubljana, Slovenia’s capital, for just kn250 ($35) by bus – a journey that takes around 10 hours. Still, Croatia has five international airports, a few of which are well-connected to Hvar. Zadar, Split, and Dubrovnik airports are all situated on the Dalmatia coast, and although Split is the closest to the island, you could save a pretty penny flying into any of the others depending on low-season discounts or last-minute deals.

Brac Island boasts the closest airport to Split, located just 20 minutes away by ferry, but this small port serves only a few airlines and fares tend to be higher than flying to the mainland. London to Split or Dubrovnik averages at around $250 return, but booking in advance and out of the peak season could see these prices halved. Expect to spend closer to $800 if you’re venturing from New York or Canada, and only around $125 if you’re flying from any of the surrounding western and southeastern European nations.

Split airport is located around 30 kilometers from the ferry station and the public bus costs just kn30 ($4.20). The fastest ferry route from Split port to Stari Grad in Hvar takes 50 minutes and costs around kn120 ($16.80). Alternatively, you can hire a car and jump on the car ferry once you are there. The car ferry could cost as little as kn40 ($5.60) per person, although it can take up to two hours longer than the passenger boat to make the crossing.

There are also car ferries operating from the Makarska Riviera, making stop-offs at Drvenik before Sucuraj in Hvar, or you can take a coastal line all the way from Rijeka in Pula for a scenic but a pricier journey. If you find cheap flights to Dubrovnik, the three-hour ferry from the port city to Hvar Town, which operates during the tourist season, is also a good option. Expect to spend between kn110-240 ($15-34) depending on the route and ferry service.

Traveling without a rental car in Hvar is not an issue. The passenger ferries dock right in Hvar Town, the center of the action, rather than Stari Grad, so this will give you a good base for the rest of your holiday. You can rent scooters much cheaper than cars in Hvar, and there are also local busses between the main towns.

After travel, accommodation is your next biggest expense, and it doesn’t always come cheap in Hvar. There are plenty of hotels to choose from, but the island is still a desirable location and business owners can charge high premiums, especially in the peak season.

The accommodation comes in all shapes and sizes in Hvar, but check out these options to suit every different budget:

Apartments Piacun ($) – Save on eating out with these three-star, self-contained apartments in Sucuraj, the smallest town on the East Cape of Hvar. Prices start from $42 a night for a one-bedroom apartment.

Labran Senses Resort ($$) – Laidback, three-star accommodation with a deck-chair-lined pool, sea views, and breakfast included from the village of Vrboska. Prices start at $200 a night for a garden view double.

Is Hvar expensive for food and drink?

Eating out can be expensive in Hvar. Take the seaside location and sought-after Mediterannean ingredients, and mix it with the importation costs that are unavoidable for an island, and you have the recipe for a few pricy meals. You can get cheap fast food or local meals for around kn65 ($9), outside of Hvar Town, but hotel entrees range between 80 and 140 kunas ($11-20) and can cost a lot more in the top-rated restaurants in the old center.

You can expect to fork-out kn430 ($60) for a three-course meal for two in mid-range restaurants, and that’s not including alcohol. House wines can be relatively cheap and are usually sold in carafes by the liter. You’ll pay around kn90-120 ($12-16) for a liter, but closer to kn40 ($6) for a bottle if you’re picking it up from a local supermarket.

A half-liter of beer (just under a pint) will set you back kn25-30 (£3-4) in a bar or restaurant, but Hvar has earned quite the reputation for being a party haven and drinking at its beach bars and nightclubs can cost a lot more. Cocktails come to between kn57 nd kn85 ($8-12) and glasses of wine around kn50 ($7).

Groceries, including alcohol, are always the cheaper way to go. Half liters of beer, domestic and imported, shouldn’t cost more than kn10 ($1.50) a bottle, while grocery expenses for a couple for one week will come to around kn715 ($100).

When is the best time to visit Hvar?

Hvar, like the Dalmatia coast, benefits from a temperate, Mediterranean climate, with warm and dry summers and mild winters, and cool, even snowy, spells inland and further north. The hottest months are July and August where average daily highs hover in the mid-80s while the temperature rarely dips below 70 degrees Fahrenheit.

For this reason, the island is most popular during these summer days and the peak season lasts from late June into September when the sea stays plenty warm for swimming and the days are long and clear. However, most revelers have the same idea and school holiday crowds can make the island hard to navigate, not to mention expensive.

If you want to save money where possible, the best time to visit Hvar is in the shoulder season from April to June or September and October. The crowds haven’t picked up at this time, or have started to dissipate, and many hotels and even restaurants will operate off-season discounts.

Hvar on a Budget: Our Top 7 Money-Saving Tips

Is Hvar Expensive? Our Verdict

Any holiday to Croatia promises mesmerizing scenery, seaside relaxation, and great cuisine, and Hvar is no different. Croatia can be a budget destination. It might not be as cheap as neighboring Balkan countries, and Hvar will cost more to visit than the mainland, but there are ways to save and with our guide, you’ll be able to stick to a budget and enjoy all of the dreamy island experiences that Hvar has to offer.