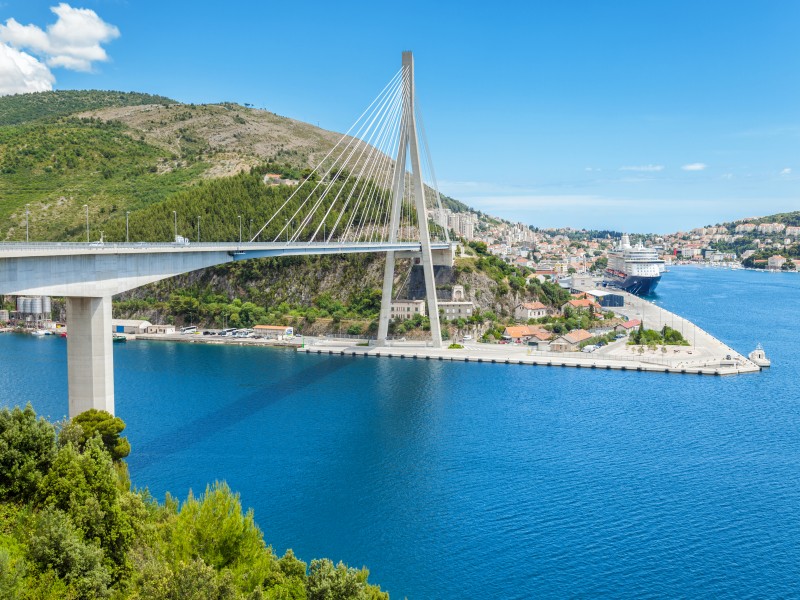 If you want to explore the Game of Thrones city of southern Croatia to the full but only have 120 hours to do it in, look no further than our ultimate Dubrovnik 5 day itinerary. It ensures you’ll see all the major history sights and enjoy the cultural wealth of the destination, whilst also delving into a few local secrets along the way.

We’ve tried to strike a nice balance here between the enthralling medieval wonders of this castle-topped town on the edge of the Adriatic and the sun-kissed sands, beaches, and islands that surround it. So, expect to be lazing on pebble coves beside glistening Mediterranean waters one moment and be lost amid 1,000-year-old streets the next. It’s all in a day’s work in old and beautiful Dubrovnik.

You can complete our ultimate Dubrovnik 5 day itinerary at any time of the year, but we’d probably recommend going for a trip in the spring, summer, or fall months. Yes, they are usually a bit busier than the winter, but they have the weather to let you make the most of the gorgeous coastal hotspots and warm seas. Any time between May and September should be good.

There’s nowhere better to begin a Dubrovnik 5 day itinerary than in the Stari Grad district. This is the beating heart of the medieval city and the place you’ve been dreaming of since seeing the travel brochures. (We’d actually recommend that first-time travelers look to get a hotel in this part of the city. There are some great options and they’ll put you right in the thick of the sightseeing action – we especially love Festa Apartments ($$) for those on a midrange budget, or the Bota Palace ($$$) for those after something more luxurious.)

There’s LOADS to see in the Stari Grad. Simply heading out and getting lost between the grid of streets is a good way to go. You just never know what 600-year-old building or handsome town square will emerge around the next corner. Alternatively, you can give your wanderings some structure by joining the Dubrovnik free walking tour. It takes about 2.5 hours and ensures you get a full whack of history to go with the sites.

If you do decide to go it alone, make sure you pass by:

There are also plenty of alternative tours that you can opt to take on Day 1. Lovers of all things fantasy might prefer to join the Game of Thrones tour, which reveals all the major filming locations, while there are ghost tours and modern history tours to boot. The choice is yours.

The City Walls of Dubrovnik demand a whole morning on their own. A series of linked-up bulwarks, keeps, gatehouses, and balustrades that clock up nearly two kilometers in length in total, they are among the highlights of a trip to the town. You can walk the whole way around them to get some of the best views in the city. It should take around two hours in total, so be sure to pack water and sunscreen if it’s hot.

You’ll be strolling along a designated UNESCO World Heritage Site. The views are exceptional, with the sloshing Adriatic on one side and the Stari Grad district unfolding on the other. Highlights along the way include the lookout from the Minčeta Tower, one of the highest keeps of the fortifications, and the views of the St. John Citadel, which once fought of Mediterranean pirates and enemy navy ships from the Dubrovnik port.

After lunch, it’s time for a bit of high culture and history. That comes courtesy of the Dubrovnik museums. There are plenty to get stuck into, but we’d say that the best of them are:

Get a good breakfast on Day 3, because this part of our ultimate Dubrovnik 5 day itinerary promises to be the most strenuous of the bunch – don’t worry, the beaches are coming! The plan is to hike the heights of Mount Srd, the main peak of the Dinaric Alps that you see watching over the Old Town to the east. It’s not a monster by any stretch, sitting at just 412 meters high, but it can be a challenge since it starts virtually at sea level and the walk up is pretty exposed.

It should be easy to find the start of the route. It begins right at the Srd Cable Car station (more on that below). From there, it’s a simple zigzag under the gondola all the way to the summit. Take plenty of breaks along the way to turn around and enjoy the panoramas. They range a full 180 degrees, sweeping from the isle of Lokrum to the south up to the wooded Lapad Peninsula north of town. It’s beautiful.

Of course, the best panorama of all is from the top of Srd itself, where you can look down almost bird’s-eye on the red-tiled roofs of the Stari Grad. There’s a well-rated eatery – Restaurant Panorama – up there for that hard-earned beer. When it comes to the return, you can either hike the same path you came up on, taking another 50 minutes, or hop on the cable car, which is less than 10 minutes down to the base station.

Day 4 –  The Lapad Peninsula and the urban beaches

Finally, it’s time to swap the history and sightseeing for a bout of Croatian sun, sand, sea, and R&R. That’s actually really easy to do in Dubrovnik, because the whole Lapad Peninsula stretches north from the center of the town, offering hidden bays and pine woods aplenty. To get there, you’ve got two choices: Bus, which is quickest, or walking, which is most pleasant.

We’ll assume you’ve gone for the latter. So, take the path out of the Old Town going north and walk through the Pile neighborhood to Plaža Danče. It’s little more than a jump-off point that takes you into cooling Adriatic waters, but the H2O is clear and there’s lots of snorkeling reefs to get stuck into. From there, keep walking north to Bellevue Beach, where you can either plonk down and chill for the day, or connect with the paths that lead further north again to the Mala Petka Forest Park.

If you do manage to get the whole way along the Lapad by foot then the reward will be one of the best urban beaches in the town. That’s Uvala Lapad Beach. It’s well-protected, has a long run of pebbles to chill on, and even some nice evening bars just behind.

The finale of our Dubrovnik 5 day itinerary comes courtesy of little Lokrum. You can see the rocky isle poking out of the water just across the way from Dubrovnik port. It’s so close, in fact, that those feeling energetic can get there by sea kayak, though be sure to check that the sea conditions are favorable and flat if you plan on doing it that way. Alternatively, there’s a regular day ferry that hops across in just 10 minutes, costing 40 HRK (about $5) per person.

What awaits when you arrive is a gorgeous isle topped with forests of fragrant Aleppo pines and beset by more coves and inlets than you can shake your truffle-topped tagliatelle at. Those who chose the sea kayaks have a little advantage since they’ll be able to reach all the hidden bays on their own. Those relegated to the inland paths can still hit beautiful Plaže Lokrum on the west coast and explore the royal botanical gardens on dry land.

After returning back to Dubrovnik port in the evening, you simply must drop by Buža Bar. It’s one of the most legendary sundowner spots in Croatia – nay, Europe. There are a series of small patios cut out of the Dubrovnik coastline, with the City Walls towering overhead and the Adriatic moving below. It’s a great start to a night on the town; the perfect way to finish a trip to this enthralling destination.

So, there you have it, our Dubrovnik 5 day itinerary. We call this the ultimate one because it strikes just about the perfect balance between the two things that this southern Croatian town does best: History and beaches. For the first couple of days, you’ll explore the amazing Old Town, see filming locations from Game of Thrones, and drop into the museums. Then, you’ll hike the Dinaric Alps and get to crank up the chill factor on the beaches of the Lapad Peninsula and Lokrum Island. Lovely. 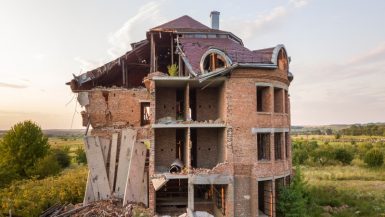 Are Earthquakes Common in Croatia? Staying Safe in the Balkan Nation