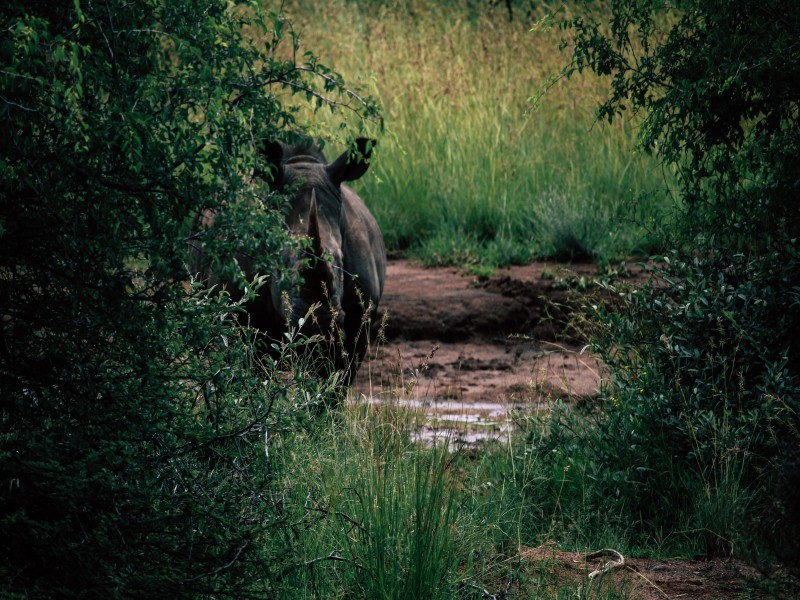 7 Dangerous Animals in Croatia to Look Out For

Known for its lusted locations and Mediterannean lifestyle, Croatia has steadily increased in popularity in recent years. Judging by its historically rich, vibrant cities, idyllic beaches, and exceptional food and wines, it comes as no surprise.

Still, as wonderful as Croatia is, like everywhere in the world, it is home to a plethora of wild animals. Knowing which ones to avoid before heading to the Balkan nation is a good idea. Luckily, unfortunate encounters are preventable for the most part, but to ensure you can wander through the magnificent Croatian woods and relax on the beach in peace, we’ve created a guide detailing exactly what to look out for.

From snakes to bears, sharks, and scorpions, we’ll explore all of the most dangerous animals in Croatia and everything from where you can find these creatures to what you should do if you encounter one. Let’s get into it.

Many different species of bear can be found in Croatia, but the most dangerous is the Brown bear, which is the most widely distributed large terrestrial carnivore in Europe. These animals generally seek habitats in mountainous regions and seeing as Croatia has no shortage of incredible mountains and forests, it makes perfect sense that they’re indigenous to the area.

You’ll find the most unique, and generally, dangerous bears in the northern part of Croatia. These creatures tend to be very aggressive, especially when nursing their cubs, or when they’re hungry. They also have a tendency to attack when their environment is interfered with. Even so, bear attacks are rare, and of the three recorded attacks from 2000 to 2015, none were fatal.

Nevertheless, we encourage sticking to the recommended routes when hiking and taking a guide with you if you plan to go off the beaten track. Carrying pepper spray, just in case, is also a good idea.

If you do come across a bear while walking, hiking, or camping, the best course of action would be to “play dead”. This means leaving your backpack on, lying flat on your stomach, covering your neck by clasping your hands together behind your head, and staying as still as possible while you wait for the bear to leave.

Next up, we have Scorpions. These creatures are found primarily in the Adriatic coastal area of Croatia, and the chances of you having an encounter with one of these dangerous arthropods are actually fairly slim.

They aren’t particularly life-threatening either, since their venom is too weak to kill humans. That being said, it would still be best to stay out of their way. Their venom might not be particularly potent, but a sting could still able to cause intense pain, burning, redness, swelling, and itching.

If you or a fellow traveler get stung by a scorpion, you should clean the area well, apply a cool compress and take pain medication as needed. Seek medical attention if symptoms persist. All the same, it’s important to note that they’re a protected species in Croatia, so don’t kill them if you come across one.

Sea urchins are prominent in the Adriatic Sea. They typically favor habitats in unpolluted environments, so if you’re surrounded by these creatures, at least you can bet that you’re swimming in pristine water.

Even so, you should definitely avoid stepping on these tiny, spiked, black, ball-shaped critters. Sea urchins can dwell in shallow waters, and there is a chance that your foot could meet an urchin’s spiny back while walking on the seabed. Their needles might not be venomous, but they break easily and can get stuck under the skin, and the pain that ensues is no joke. If you want to avoid this scenario entirely, your best bet is to pick up a pair of protective water shoes.

Be that as it may, you shouldn’t panic too much if you do find yourself stepping on one. They’re more of an annoyance than anything else. Try to remove the spine carefully if it’s still stuck in your foot without pricking your hand, clean the affected area, and remove any remaining spikes using tweezers. You can also get a special cream from the pharmacy that will help the splinters come out on their own.

Unfortunately, these notoriously dangerous spiders are common throughout Croatia, with their favorite habitats being the Primorje, Dalmatia, and Istria regions. It’s a good idea to get be able to identify them if you’re planning a Croatian retreat.

From the red hourglass markings on their abdomens to their jet black bodies, these spiders truly are a beauty to behold but don’t be fooled, their venom packs a powerful punch. These spiders earned their name due to the tendency of females to eat their partners after mating, and while death from a black widow bite is decidedly rare, they are still highly poisonous to humans.

People have been known to suffer nausea, muscle aches, and strained breathing due to paralysis of the diaphragm after being bitten. This can be fatal to children, the elderly, and the sick. If you notice that you’ve been bitten, we strongly recommend seeking immediate medical assistance.

Black Widows are typically found between boxes in storage spaces as well as shielded areas like attics and barns. As luck would have it, they have terrible eyesight and catch prey, like flying and climbing insects, through vibrations in their web, so you should be fine as long as you don’t stumble through them.

As with most European countries, Croatia’s forests and gardens are no strangers to ticks. They might be one of the most dangerous animals in Croatia, but, fortunately, it’s unlikely that you’ll contract any infectious diseases like encephalitis or Lyme disease from them, but you still wouldn’t want one under your skin.

The majority of Croatian forest ticks aren’t infected by serious tick-borne illnesses, but those which tend to seek habitats in the continental parts of Croatia, around Zagreb, Koprivnica, Varazdin, and Bjelovar. If you’re planning to visit Croatia between the months of May and June, you should be wary of these creatures, since the most dangerous ticks are active during this time.

Bringing along a good insect repellent and wearing full-length clothing when outdoors comes highly recommended. If you find a tick attached to your skin or clothing, you should grab a pair of tweezers, pinch the tick as close to the skin as possible and pull it straight out without twisting or turning, then dispose of it.

Croatia is home to a few species of venomous snakes, most of which belong to the viper family. The three most dangerous species are the Horned viper, Karst Meadow Viper, and Common European viper, which can be distinguished by the zigzag patterns on their backs. You should also lookout for the vertical slits that form in their pupils.

The potentially lethal Horned viper is found throughout the country. Over the past 25 years, it has been responsible for four fatalities, but bites are still rare. They’re also far less common in the northeastern part of the country, and unlikely to be spotted on Rab Island, Dugi Otok, or Mljet.

Common European vipers favor habitats in mountainous regions, meadows, and other freshwater shores like the lowlands of the Sava, Drava, Mura, and Danube Rivers. Meadow vipers are fond of grassy, mountainous landscapes too, and are typically found in ​Southern Velebit, as well as the Dinara mountain range.

Should a snake cross your path, the best course of action would be to try to stay calm and avoid giving the snake a scare. Don’t try to move it or move closer to it, and wait at a safe distance until it moves out of your way. If it doesn’t, retreat slowly and choose another route, just to be on the safe side. If you’re the unfortunate victim of a snake bite try to avoid moving too much to prevent the poison from spreading, and seek immediate medical assistance.

The Adriatic Sea is considered very safe for swimming and millions of tourists revel in the warm azure sea every year. Still, there are a few dangerous shark species that lurk in these waters, including the Mako and even the great white shark. There have been 11 fatal attacks in the last 150 years, with the most recent occurring in 1974 near Omis, but that doesn’t mean you shouldn’t avoid aggravating these ocean giants.

The great white, in particular, ranks among the top three shark species most likely to attack humans, but deadly encounters are rare, and globally there are only about five per year. There’s also no certainty behind their attacks, but we’ve all seen Jaws and know just how horrendous the result can be.

Sharks also have the ability to smell blood from over 15 meters, so it’s important to avoid swimming in deep water with a fresh wound. Great whites are extremely rare in Europe, but the Mako shark isn’t a stranger to Croatia’s waters. You don’t need to hold back from enjoying the inviting Adriatic Sea, but it wouldn’t be a bad idea to stick to swimming between the flags at the beach and avoid unallocated areas. Even if just to steer clear of rip currents and undertows which pose more of a threat than the sea creatures.

Are bears in Croatia dangerous?

They might be one of the most dangerous animals in Croatia, but bear sightings are a rarity and they tend to dwell in remote forest areas. Brown bears are dispersed across Eastern Europe and they have healthy populations in the Balkans, but they usually mind their own business and avoid humans. The only time a bear is likely to attack unprovoked is if a mother bear is protecting her cubs. Only three bear attacks have been reported in the country in the last 20 years and none of them were fatal.

Are there sharks in Croatia?

There are actually as many as 47 different shark species that inhabit the Adriatic, including bull sharks, tiger sharks, and even great whites. There has been one case of a great white attacking a spearfisherman off the coast of Croatia near the remote island of Vis in the last decade, however, no fatal attacks have occurred in the last fifty years. Encounters with sharks are rare and they’re usually not aggressive.

Is it safe to swim in Croatia?

Despite being home to a few species of dangerous sharks, Croatia’s waters are very safe to swim in and the Adriatic is enjoyed by millions of tourists across Europe every year. Strong currents and waves pose more of a threat to swimmers than sea creatures in Croatia, but these can still also be avoided by swimming in protective bays that are flagged and patrolled by lifeguards.