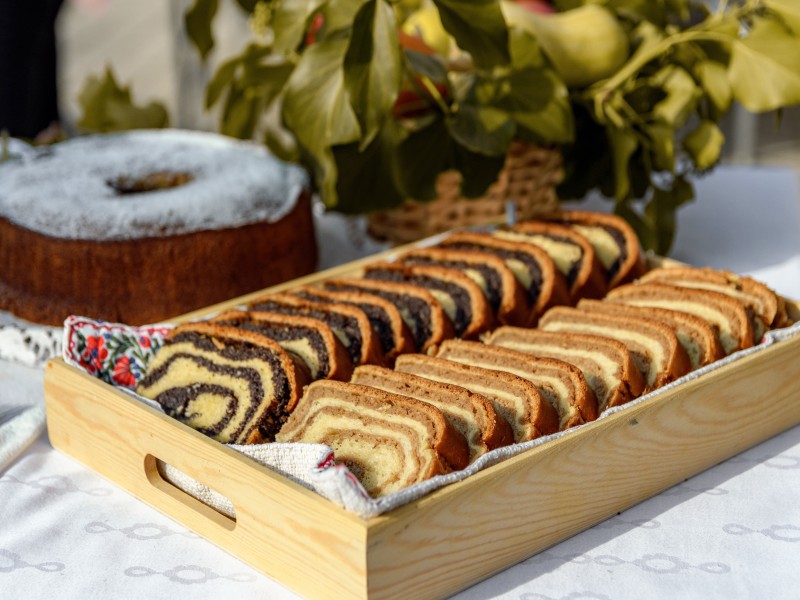 The 9 Croatia Food Facts You Didn’t Know About

What are the most interesting Croatia food facts? This guide will try to answer that question and give you some insights into what you might expect from Croatia’s delicious cuisine. From yummy seafood fresh from the Adriatic to flavorsome truffles sprinkled over pasta, there is no shortage of mouthwatering dishes on the menu.

With miles of coastline over the shimmering Med to sun-soaked islands and craggy mountains inland, Croatia has a lot up its sleeve. It’s no surprise that this is one of the most popular summer destinations in Europe. But what about the food?

This guide to Croatia food facts will talk you through nine things that you might not know about what the locals eat. From foreign influences on the cooking to the local produce you’ll meet in the markets, you’ll learn some lesser known info about the delicious Balkan kitchen of the country…

Croatian food is heavily influenced by other cuisines

Croatia’s geographical location and history have both had big impacts on what lands on Croatian plates today. The country’s cuisine has been heavily influenced by cooking introduced by its closest neighbors and the nations that have historically ruled there.

The neighbor from across the Adriatic has probably had the most to do with what you can eat in Croatia. Yep, Italian cuisine is famous across the globe for the countless mouth-watering treats, so it’s no surprise that things like pasta, pizza, gnocchi, and several fresh seafood dishes have been a hit in Croatian coastal regions. The Istrian Peninsula is especially famous for Italian-inspired dishes.

The boot-shaped land isn’t the only one that has brought yummy dishes to Croatia. The eastern region of Slavonia is well known for its version of Hungarian goulash, while the central parts of the country are the best for trying Turkish-inspired foods. Austrian schnitzel is also a common main at Sunday lunch, which is often followed by a delicious strudel or an American brownie.

We all love pasta, right? This delicious food is usually associated with Italy, and rightly so. It’s a typical Italian dish that comes in different forms and shapes. However, not many people know that it’s also one of the most popular foods in Croatia, especially in the coastal parts of Dalmatia and Istria up north.

As we mentioned above, Croatian cooking is heavily influenced by its neighbor from across the Adriatic. That’s exactly why pasta is so big here. One of the most iconic pasta dishes is manistra na pome – simple noodles with tomato sauce. There are plenty of others well worth trying, too. Head to the Istrian Peninsula to get aromatic truffle pasta, for example, or head to Krk island for its šurlice sa škampima, noodles with scampi.

Croatia is a paradise for seafood lovers

Croatia is blessed with nearly 4,000 miles of coastline, so it’s hardly a surprise that it’s a fantastic place to try delicious, fresh seafood. The Adriatic Sea takes up the entire western side of the country, which has had a huge impact on Croatian cooking. It goes without saying, though, that you should stick to the coast if you want to sample the freshest and the tastiest marine treats.

From flavorsome octopus salad to mouthwatering grilled fish or squid to fresh oysters and mussels, there is no shortage of rich seafood dishes on Croatian menus. If you like squid ink, make sure to try the black risotto. If you happen to be in Slavonia, don’t hesitate to try fiš paprikas, a delicious fish stew. As per a popular Croatian saying a fish swims three times: In water, in olive oil, and in wine, so why not wash it down with a delicious crisp glass of white!

There are oodles of delicious seafood restaurants dotted in the coastal towns and islands, so you won’t have much trouble finding the right place. If you’re looking for high-end spots renowned for some of the best cooking in the country, look no further than fantastically located Zrno Soli in Split or cozy Proto Fish in Dubrovnik. Both have been mentioned in the Michelin guide for their fantastic food quality.

Having three meals a day – breakfast, lunch, and dinner – is the most popular eating habit among people living in European countries, and Croatia is no exception to that. That said, the sizes and the contents of the three dishes vary between western and eastern nations.

Unlike in countries such as France, the UK, or Italy, it is lunch, not dinner, which is the largest and main meal of the day in Croatia. It will usually start with a bowl of hot soup followed by a serving of meat with vegetables, salad, potatoes, or pasta. After that, they will often have something sweet for dessert. Dinner, on the other hand, is usually a small plate of either lunch leftovers or bread with cold cuts and cheese.

Like most Europeans, Croatians start their day with breakfast. What people eat changes from region to region but things like cereal, bread with cold cuts or jam, and eggs are popular throughout the country. Ah, and if you’re in Istria, make sure to try asparagus frittata with truffles, a delicious breaky typical for that part of the country.

If you think of olive oil, Italy, Spain, or Greece usually come to mind, but you might not know that Croatia also makes top-notch stuff. In fact, according to the 2021 edition of Flos Olei (a guide to extra virgin olive oil), the Croatian region of Istria is the best olive oil region in the world, so it’s the right place to visit to sample some of the best. It’s one of the Croatia food facts that comes as a surprise to many.

Croatia’s share of the world’s top-quality oil producers is higher than that of Italy and Spain, where budget oils dominate the markets. Istria is home to the majority of them, since it’s the land of rolling hills and a Mediterranean climate. It’s a perfect combination for cultivating the olive trees at many small, family-run farms. Olives there are picked early and pressed within 24 hours, which is why they’re known for a unique, peppery flavor.

Croatians eat a lot of bread

One thing that is present in most of the Croats’ everyday menu is bread, and there’s quite a lot of it. Once you arrive in this sunny Adriatic country, you’ll notice that there are bakeries on pretty much every corner. Sometimes you’ll get to eat bread three times a day because it’s served with pretty much everything. That said, the favorite way for many locals to eat it is with a thick layer of spread.

There are lots of different spreads that Croatians like to put on their bread, either at breakfast or dinner. Croatian paté, known as pašteta, is among the most popular bites. It’s lighter than the French version and often consumed as a snack rather than a full meal. Other spreads include lard, ajvar made from roasted peppers, and bakalar na bijelo, a creamy spread made from salted cod and olive oil.

One of the Croatia food facts that not many people know about is that it’s a great place to go if you like truffles. In fact, this country has an abundance of these fine fungi growing in the northern region of Istria, from the sought-after white truffle to the more common dark variety.

The best place to buy them is close to the dense forests that surround a medieval hilltop village, Motovun. It’s often referred to as the land of truffles, thanks to the rich soil, perfect for growing what locals call the black diamond of Istria.

Not everyone is a fan of the rich flavor of truffles, but if you’re a fan there is no shortage of delicious meals to try. We recommend the mouthwatering Istrian fuzi with truffle shavings sprinkled over pasta or a simple truffle frittata. It also comes in a form of a spread that takes sandwiches to the next level.

Strudel is a big thing in Croatia

Strudel is a typical Austrian pastry that usually comes with an apple filling. It might come as a surprise, but it’s also a popular dessert in Croatia. It has been made there for centuries but with slightly different ingredients. Unlike the Austrian one, Croatian strudel dough has only four components. Those are flour, salt, water, and a little vinegar. Before adding the filling, the dough is carefully stretched.

Apple strudel is only one of the variations of this delicious snack, you can also fill it with cheese or cherries. That said, apple with raisins and cinnamon is probably the most common one, which Croatians will typically eat after their big, hearty lunch.

We’ve already established that Croatia produces excellent olive oils, but that’s not the only product worth bringing back from your sunny adventures by the Adriatic. Croatia also takes advantage of its long coastline to make some of the best quality sea salts in the world. Pag Island is where the oldest and the most famous salt is made, using traditional methods which haven’t changed for centuries.

Apart from salt, Pag Island is known for making delicious cheese. It’s got a distinctive, salty flavor thanks to the locally produced salt.

From large quantities of pasta thanks to a strong Italian influence to strudel being one of the most popular desserts, there is no shortage of surprising Croatia food facts. You also might not know that this sun-soaked country on the Adriatic produces some of the finest olive oils, sea salt, and truffles. So, make sure to leave some space in your luggage for these delicious goodies when you return home. Croatia is also a paradise for seafood lovers, but that shouldn’t be too much of a surprise if you look at the map!