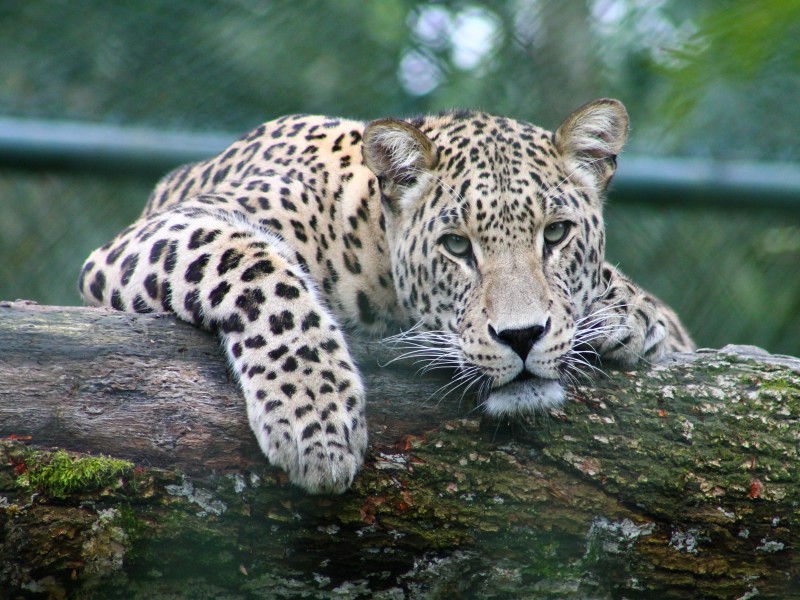 Dangerous Animals in Bulgaria: 7 Species to Look Out For

Dangerous animals are probably the last thing to come to mind when you think of Bulgaria and its gorgeous summits, glacial blue lakes, striking waterfalls, and lively beach resorts. As a matter of fact, the Balkan peninsula is experiencing a boom in tourism thanks to its largely untouched landscapes, affordability, and crowd-free hiking, not to mention ski break opportunities.

Still, it might surprise you to know that there’s more than just bird watching, wine tasting, and leisurely spas to be aware of. Bulgaria is also home to a slew of potentially dangerous creatures, but don’t worry, there are only a few in this country that pose any real threat to humans.

Still, prevention is always better than the cure, and knowing which animals to steer clear of will help you get the most out of your Balkan getaway. We’ve compiled this list covering just that, to ensure you navigate the Bulgarian landscape in peace. Let’s get into it.

It’s estimated that Bulgaria is home to the densest population of bears in the Balkans, with around 400 to 700, the most dangerous being the brown bear. Brown bears are also the largest carnivore in the region. These animals tend to favor habitats in mountainous areas, and seeing as Bulgaria is blessed with a host of magnificent mountains and forests, it comes as no surprise that they’re regularly sighted in remote areas. They’re especially prevalent in the Rhodope, Rila, and Stara Planina Mountains, and the Balkan Mountains.

Brown bears are somewhat shy and tend to avoid people, but they can be aggressive, especially when they’re hungry, nursing their cubs, or if they feel threatened. Nevertheless, bear attacks are extremely rare, and they usually keep their distance when they spot people. Even so, we encourage sticking to well-known routes when hiking and steering clear of sparsely populated trails.

In the unlikely event that you have an encounter with a brown bear while exploring the Bulgarian wilderness, the best course of action would be to “play dead”. This entails lying flat on your stomach, covering your neck by putting your hands together behind your head, and staying as still as possible until the bear leaves.

Widely considered to be one of the most dangerous snakes in Europe, the horned viper is one of two potentially lethal snakes found in this wonderful Balkan nation.

It has quite a menacing appearance, not to mention reputation, thanks to its long length of 35 inches, and large fangs. However, it’s been responsible for only four deaths over the past 25 years, so you can rest assured that fatal attacks are rare.

These snakes typically inhabit arid, rocky areas with sparse vegetation and open woodlands, but they’re also a common sight near railway embankments and vineyards. Their most distinctive feature is the single horns on their snouts, from which their name is derived. Although they can also be distinguished by the thick, black stripe that runs behind their eyes to the angle of their jaws. Other noticeable characteristics include their black tongues and the bronze color of their irises.

If you have an unfortunate run-in with a horned viper in Bulgaria, the best course of action is to lay still and immobilize the bitten arm or leg to prevent the poison from spreading. You should contact emergency services as soon as possible to get treatment to be on the safe side.

Next up, we have the Common European adder. These venomous snakes may be the most widespread serpents in Europe, but they are generally non-aggressive and usually only attack when startled. Be that as it may, their bites can be quite painful, so it’s best to steer clear.

Common European vipers, or black adders, are typically found in mountainous regions, near fresh water shores, and can be distinguished by the zigzag dorsal pattern on their bodies and tails. You should also look out for the distinctive dark V or X on the back of their heads, as well as the vertical slits formed by their pupils. These snakes come in a variety of shapes and sizes, including light-colored specimens with small, dark dorsal crossbars and brown ones with darker markings. You’ll even find varieties that are entirely dark without any visible dorsal patterns.

They spend the vast majority of their time on the ground hunting, and you’re most likely to spot them along the edges of woods while hiking. If you come across one during your travels, try to stay calm while waiting for it to clear from your path, otherwise walk away slowly. If you’re the victim of a bite, remove all accessories from the bitten limb, loosen clothing if possible, and seek immediate medical attention.

The wild boar is found throughout Europe, and can adapt to almost any habitat but prefer forests and woodland areas with plenty of bushes in which they can hide from predators. Contrary to the fearsome reputation their intimidating tusks have earned them, they’re quite peaceful creatures who rarely confront threats head-on.

That being said, they have been responsible for a number of human injuries and even fatalities, mainly because they have a tendency to run out into roads at night, which can lead to unfortunate accidents. Other reasons for aggression include hikers stumbling upon them during mating season when there is a heightened probability of attacks, or the boars defending themselves when threatened or cornered. They’ve also been known to be very protective of their piglets, and easily provoked when doing so. As such, it’s best not to approach if you can spot any youngsters nearby.

Bulgaria, among many other European countries, is the unfortunate host to a rife population of pine processionary caterpillars. These larvae are extremely dangerous due to the thousands of tiny hairs on their bodies which contain a protein called Thaumetopoea that can burn the flesh with minimal contact.

Small animals have been known to die from reactions, while their spines otherwise cause painful skin, eye and throat irritations, rashes, and allergic reactions in humans. They’re largely confined to the densely forested Sub-Balkan regions of central Bulgaria, where they defoliate pine and other conifer tree species by feeding on their needles. They’re quite difficult to distinguish from their siblings, like the oak processionary caterpillars, but they do have some discerning characteristics.

For starters, these orange-colored caterpillars with blue banded markings, tend to move about in nose-to-tail processions in single file, in contrast to the wedge-shaped processions of oak processionary caterpillars. Another noticeable sign of their presence in the large, white, silken nests they build among the foliage, typically in the dead of winter.

As a general precaution, it would be best not to touch or approach nests or caterpillars, and report sightings to forestry authorities, so that pest control experts can be contacted to remove infestations. If a pet, or member of your travel group, comes in contact with these caterpillars the best course of action would be to seek veterinary, or medical assistance immediately.

The wolf population in Bulgaria has seen a significant decrease over the last century as a result of excessive hunting and gray wolves are now endangered in the wild. It’s currently estimated that Bulgaria has around 1,200 wolves, with populations being highest from October to May, in the forests, hills, and mountains in the south-west, and along the Macedonian border.

While they pose a very real threat to livestock, they tend to avoid human habitats wherever possible and sightings are increasingly rare. They have no shortage of natural prey in Bulgaria and don’t have a lusting for human flesh, contrary to myth. Still, there’s no denying that they’re formidable hunters, with sharp teeth and claws that can cause a lot of damage. Although, wolf attacks on humans are uncommon, with less than 500 attacks recorded in the last two decades. All the same, it’s still a good idea to take precautions.

In the very unlikely event that you run into a wolf during your travels, you can make yourself appear bigger by standing up straight and raising your arms over your head, avoiding running, and back away slowly. It’s important to note that you should keep facing the wolf while you do this, and secure your dog if it’s with you.

As with most European countries, Bulgaria’s woodlands and gardens are frequented by ticks. While it’s unlikely that you’ll contract any infectious diseases from them, there are no vaccines against tick-borne diseases, and still a risk for encephalitis or Lyme disease. Bulgaria is endemic to Lyme borreliosis, with protocols in place for mandatory notification of the disease. Ticks also pose a threat to dogs, latching onto skin and fur and often going unnoticed by owners. Dogs and cats can catch Lyme disease as easily as a human.

Bulgarian forest ticks are most prevalent in spring and early summer when they seek habitats in areas near livestock or lush vegetation. If you’re planning to visit Bulgaria between the months of March and June, you should take extra precautions like bringing along a good insect repellent and wearing full-length clothing when outdoors. You should also check your skin and clothing, as well as your dog’s fur, after walking in the countryside anywhere.

If you find a tick attached to your skin, it’s important to remove it swiftly and monitor the area of your skin and your general health for potential symptoms. To remove a tick from your or your pet, use a pair of clean tweezers and pinch the critter as close to the skin, or the head of the tick, as possible, pulling it straight out without twisting, turning, or breaking the skin. Clean the area around the skin and look out for infection.

To dispose of the tick you should crush it between tissue or soak it in alcohol before flushing it in the toilet, or wrap it in sticky tape to put in the garbage. You shouldn’t release ticks outdoors or simply throw them away as they can find their way back to an animal host and cause harm.

Are there big cats in Bulgaria?

Big cats aren’t species that are commonly associated with the Balkans, or Europe on the whole, but there are two indigenous big cats that are native to Bulgaria, namely the Eurasian lynx and the European wild cat. The subspecies of Balkan lynx that call the country home can also be found in Croatia, Montenegro, Albania, Kosovo, North Macedonia, and possibly Greece, but sightings are extremely rare and they only dwell in remote mountainous regions. The largest concentrations of Balkan lynx can be found in western North Macedonia and eastern Albania. Population numbers in Bulgaria are unknown.

Are there venomous snakes in Bulgaria?

Bulgaria plays host to a surprising 17 species of snakes, but only four of these are poisonous. The horned viper and the common viper are the only poisonous varieties with powerful enough venom to be dangerous to humans. Still, they will only bite when provoked and tend to avoid areas where humans dwell.

What is the most dangerous animal in Europe?

Unbeknownst to most, the most dangerous mammal in Europe when it comes to predatory behavior and aggression is the polar bear. They’re not permanent residents and you shouldn’t expect to see them in the wild anywhere south of Scandinavia, but Polar Bears migrate to some regions in the European Arctic such as Norway and Greenland when their prey moves south for summer. The Svalbard Archipelago in the Arctic Ocean north of Norway is one of the only remaining places in the world with wild polar bears. The giant bears are known to be extremely hostile towards humans in rare interactions. 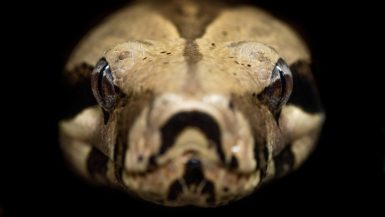