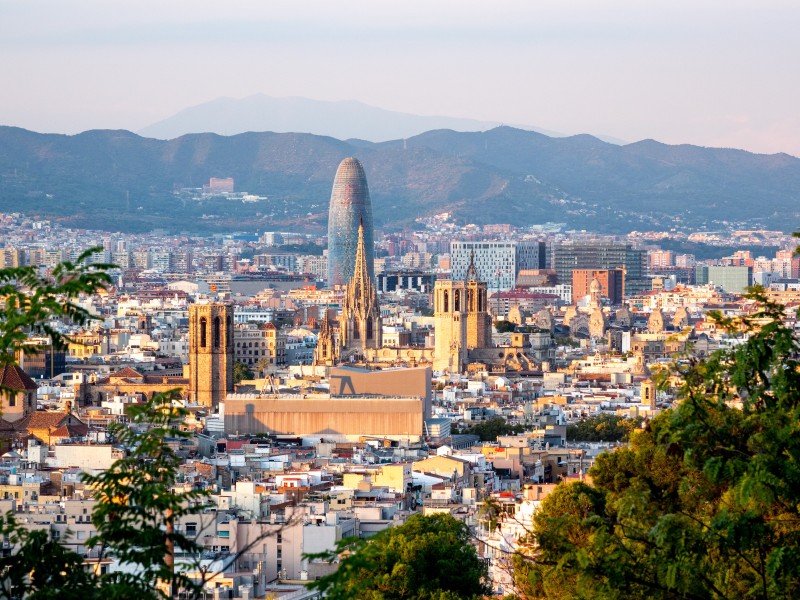 Barcelona or Lisbon: Which European City Should You Visit?

Heading toward the southern tip of Europe, you’ll find two of the most seductive countries for tourists and holidaymakers – Spain and Portugal! And by far the most popular cities in each respective country are Barcelona and Lisbon.

Barcelona is a vibrant city, full of art, music, and color, and is easily one of the most popular city destinations in the south-west of Europe. But Lisbon, the Portuguese capital, has also taken off in recent years, topping many tourist bucket lists due to its beauty, sense of culture, and fantastic cuisine.

If you find yourself choosing between these two gorgeous cities, keep reading. We’re going to explore the ins and outs of travel in Barcelona and Lisbon, so you can choose the destination that best suits your travel sensibilities.

Barcelona or Lisbon: Ease of Travel

If you’re spending a few days or weeks in Barcelona, public transport is by far the best and cheapest option (short of walking, that is). It’s an enormous, well-developed city with a public transport system to match.

Trains, buses, and tramways are the three most common forms of transport for Barcelonians.

There is a public cycling system too, but unfortunately, you can only use it if you’ve purchased a year-long pass (not ideal for most travelers!). Taxis are also available throughout the city, and downloading the app MyTaxi will help you access them more easily. Grabshare apps like Uber are also commonly used. Fast, easy, and convenient, you won’t have any issues getting out and about in Barcelona.

Like Barcelona, taxis and rideshare services are common and easily used.

Winner: Lisbon. Both Barcelona and Lisbon offer convenient and affordable transport with reasonably equal reputations for being relatively clean, fast, and comfortable. However, Lisbon’s unusual geography offers a more interesting public transport experience, as well as being slightly more intuitive for newcomers.

Barcelona or Lisbon: Things To Do

There are endless attractions that will grab your interest in Barcelona, the cultural capital of Spain. So much so that you won’t have time to see even half of them, unless you’re staying in the city for the long-term.

A trip to Barcelona isn’t complete without visiting at least one of legendary architect Gaudi’s famed buildings. The Sagrada Família cathedral is perhaps the most iconic landmark in Spain, but you can also visit the iridescent Casa Batlló and La Pedrera, amongst others. Park Güell is another fascinating Gaudi creation, this time a park, where you can also get great views of the city. For more of Barcelona’s legendary art history, visit the Picasso Museum and the Joan Miro Foundation.

When you’re not eating tapas and partying on Las Ramblas, stop by the Bishop’s Bridge and Barcelona Cathedral in the Gothic Quarter, the historic heart of the city. And if you want to partake in some more traditional local activities, catch a Barcelona FC football match or spend a day at one of the city’s fantastic beaches.

In terms of attractions, Lisbon pretty much equals Barcelona for sightseeing and attractions. It’s got more than its fair share of incredible cultural and historic sites, as well as natural attractions and activities.

One of the most iconic and novel activities for tourists in Lisbon is the No.29 tram. This public tram weaves through the heart of Lisbon, where you can see many of the city’s sights and architecture. It’s perhaps the most charming and atmospheric way to see the city.

Visit one of the capital’s many great art museums, such as the National Museum of Ancient Art and the Calouste Gulbenkian Museum, one of the most important private art collections in the world. Check out some of the most fascinating districts in Lisbon, like Belém and Alfama. The former holds architectural wonders like the 13th-century Jerónimos Monastery and the Tower of Belém. The latter, Alfama, is the oldest district in the city and holds the ancient Sao Jorge castle, and some of the best seafood restaurants in the city.

Speaking of seafood, if you’re looking for more outdoor activities rent a bicycle for a day and cycle to the Lisbon coastline, where you’ll find gorgeous sandy beaches and charming fishing villages.

It should be no surprise that both of these cities have lively nightclub and bar scenes, seeing as both are well-developed and have a relatively large population. But in terms of the best, we have to give the award for best nightlife to Barcelona. This flashy, bold, and energetic city has a huge variety of after-dark activities to match, and people here regularly party ‘til dawn.

In fact, during summer you’ll likely find the whole city is buzzing with all-night parties! One of the city’s most popular thoroughfares is Las Ramblas, a busy boulevard packed with restaurants, clubs, bars, and late-night street performers. This is usually the favored party center for tourists, but some of the best venues in Barcelona are believed to be in the Gothic Quarter. This historic district is teeming with stylish cocktail bars and authentic pubs and is a great place to explore with a group of good friends. The best electronic music venues, on the other hand, are in the Raval district. El Born is another trendy and sophisticated area that is slowly becoming a top spot for locals and visitors.

That’s not to say that Lisbon doesn’t have its own active and charming nightlife – it undeniably does! From cheap beer to charming bars nestled between historic buildings, to pumping street parties, there’s a lot to enjoy once the sun sets over the Portuguese capital. Most visitors start off in Bairro Alto – the city’s renowned “party district” full of bars, clubs, and late-night cafes – before moving further out into the city. Cais do Sodré is also a very lively and affordable area known for its bars, live entertainment, and burlesque shows. It was once a historic hub for wayward sailors and has since been revived as a central party district in recent years.

There are also some world-class high-end nightclubs in Portugal. If you’re looking to get your party on in Lisbon’s most sophisticated clubs, check out Lust in Rio and Lux Fragil.

Both Barcelona and Lisbon offer easy access to sights and attractions a short trip from the city. By taking day trips out of these cities you can see more of Spain and Portugal, making the most of your stay in these countries.

Located in Catalonia, on the coast of the Mediterranean sea, Barcelona is a short drive (or train ride) from a number of gorgeous locations ranging from golden beaches to holy mountaintop monasteries.

Portugal is considerably smaller than Spain, which means a day or two of venturing outside of Lisbon actually gives you access to quite a lot of sites in the central and southern regions of the country.

Spain and Portugal may be close to one another, but prices still differ between the two countries.

Barcelona is considered by many to be Spain’s most expensive city, but it’s not quite on-par price-wise with many other expensive major European cities. For a mid-budget holiday in Barcelona, you can expect to pay around $140USD per day including the price of food, drinks, transport, and attractions, though this number can be much lower depending on what you want to do.

Average hotel accommodation will be around $120 a night, or $150 for a couples room. Whereas an Airbnb room or serviced apartment can set you back anywhere between $60 to $110.

Lisbon is a very affordable country compared to most capital cities, which is great as the standard of everything is high – including food, accommodation, and attractions. You can expect to pay around $100USD for everything (sans accommodation) per day on a mid-range budget.

Average hotel accommodation is around $100 for a couples room, and between $55-70 for one person. An apartment on Airbnb will set you back around $60 to $75 for a 1 or 2 bedroom apartment.

As with most countries, you can save a significant amount of money by staying in cheaper accommodation (hostels) and spacing out attractions/visiting free attractions, and even making your own food. Both cities are perfectly doable on a backpacker’s budget.

Winner: Lisbon. The Portuguese capital is unusually affordable for a major city in a developed country, and travelers all over the budget spectrum will be able to enjoy a trip here.

Barcelona or Lisbon: The Final Verdict

Comparing two cities like Lisbon and Barcelona can be tricky. They are both gorgeous cosmopolitan cities in southwestern Europe that are bursting with vibrant culture, sophisticated architecture, and a long and fascinating history – as well as offering the kind of top-tier food and attractions that draw millions of tourists to their respective countries.

If you’re looking to save money, Lisbon is a better option for you. But in terms of travel experience independent of your budget, Barcelona just edges Lisbon out as the best all-round travel destination of the two. This city has an undeniably intoxicating atmosphere and is full of world-class attractions, as well as world-class nightlife and easy and accessibly public transport.

That being said, Lisbon is a very close runner-up, and you’ll find that a visit to either of these countries will be an exciting and fulfilling experience. 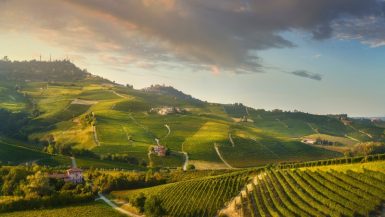 Best Route to Travel Through Europe: A Complete Guide 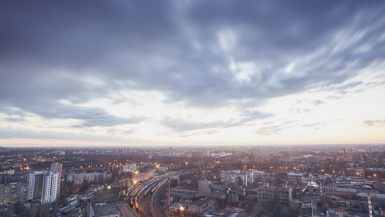 The 7 Most Dangerous Places in Europe 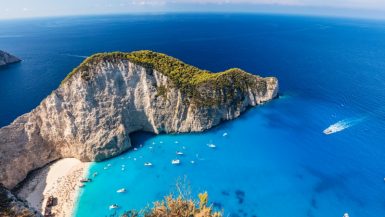