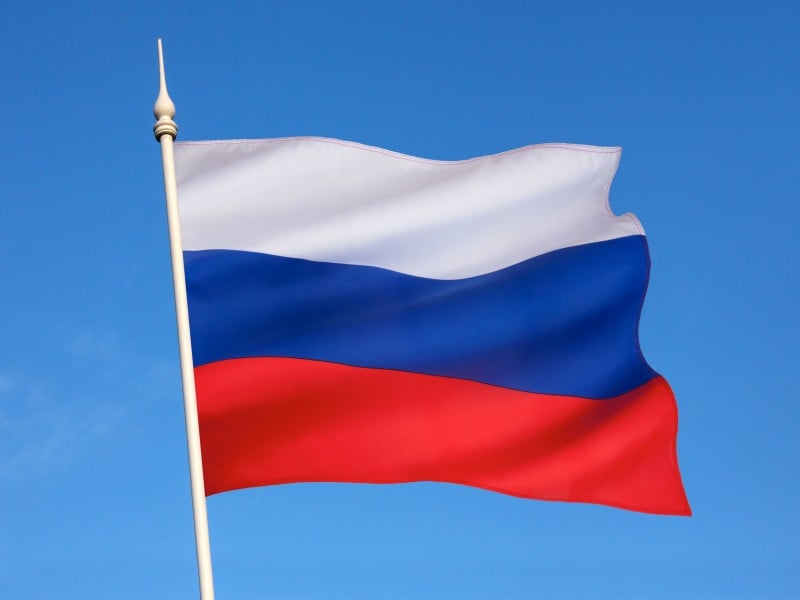 The 5 Most Dangerous Places in Russia

Russia, the world’s largest country, is a nation of extremes. From Arid desert to frozen tundra, imposing mountains to vast marshes, Russia is as vast and varied as they come. For the most part, it’s a safe country, but with so much diversity, it’s also home to some dangerous destinations.

Russia has a crime index of just 39.33, which is low compared to much of Europe and the US. However, the same can’t be said for everywhere and there are some towns that are gripped by poverty, haunted by their history, and isolated by icy weather. There’s also the impact that armed conflict has had on the security situation in Russia to consider, but this doesn’t directly affect crime statistics.

Our guide brings you the most dangerous places in Russia, from the very center of Asia to the Mongolian border. Russia has a lot to offer, but these cities should be avoided. Let’s get into it.

The city of Kyzyl is the capital of Tuva, a remote Russian republic in far southern Siberia with a majoritively nomadic population. Kyzyl is best known for its geographical location which marks the very center of Asia and you’ll even find a monument in the city that labels the (sometimes disputed) middle point of the continent.

However, Kyzyl is undoubtedly one of the most dangerous places in Russia and the Northern Hemisphere on the whole. Remote Siberia, with its millennia-old cultural practices and harsh weather, is already deemed a questionable choice for tourists, but Kyzyl is especially hostile and has a reputation for being unsafe for foreign visitors.

The average murder rate per 100,000 people in Russia has hovered between 7 and 9 in the last five years, generally decreasing with every year, but in Kyzyl, it’s a different story. The homicide rate has been as high as 35 per 100,000 people, and according to numbeo, the crime index currently stands at a whopping 93.38 with a safety index of just 6.62.

Kyzyl demonstrates high levels of crimes of all natures including home robberies, muggings, carjackings, verbal abuse, racial and religious persecution, property vandalism, drug dealing, corruption, and assault. The safety of walking alone sits at an index of just 12.50 and Kyzyl is one of few places in the country where non-locals are strongly discouraged from going out after dark at all.

Tuva is the most isolated and underdeveloped region of Russia and this has had adverse effects on Kyzl. Visiting the city should be avoided if possible or only done in an organized group. Alcohol and a dubious nightlife scene have also had a part to play in the security issue here, and you shouldn’t even try to cross the main road late at night because of racing cars and smash-and-grab motorcycling thieves.

Nestled on the Sea of Okhotsk in Nagayev Bay, Magadan sits in far northeastern Russia a world away from Kyzyl—almost 6,000 km to be exact. Still, this doesn’t make it any safer. Magadan is a small port town that has become somewhat of a popular tourist destination today, serving as a gateway into the Kolyma region, but it’s also one of the most dangerous places in Russia with a high crime index of 78.68.

Magadan demonstrates high levels of crime across the board, with worries of being burglarised, mugged, and subjected to a physical attack as a result of skin color, religion or sexual orientation all ranking very high in the town at an index above 80.

In fact, Magadan is home to one of the largest prisons in Russia where the most dangerous criminals in the country are locked away. It also has a painful past and has earned a lot of its reputation from its association with Stalin’s Gulag forced labor camps. Kolyma became the most notorious region for these camps and tens of thousands of people died en route or while working in abhorrent conditions.

These prisons operated from the 1920s until shortly after Stalin’s death in 1953. Although some now serve as tourist attractions, driving capital to these remote towns, regions like Kolyma have also come to be associated with deprivation and poverty since prisoners were forced to settle nearby after their release. Magadan itself remains stained by Stalin’s haunting legacy despite its thriving industrial sector since the city was built using forced labor.

Crime is still rife in Magadan even with the relatively high local wages. Around 34 murders were committed in the town in 2019, which was five times higher than the national average. The town became known for a few high-profile killings too, including the shooting of Magadan’s Governor, Valentin Tsvetkov. However, Tsvetkov was actually shot dead in central Moscow rather than on the streets of Magadan themself.

With its far north-easterly location, Magadan is also no stranger to sub-zero temperatures with cool summers and long, bone-chilling winters accompanied by strong winds and lots of snow. If the crime hasn’t put you off yet, the average December lows of -17 degrees Celcius (1.4 degrees Fahrenheit) might just do it.

Novosibirsk is a Siberian city in southern Russia, bisected by the Ob River and made famous by the Trans-Siberian railway that catapulted the region to growth in the 19th century. The prominence of the railway is symbolized today by the Novosibirsk Bridge, which still stands as an emblem of the city on the outskirts of the center.

Novosibirsk has also played an important role in the field of science and is an academic town known all over the world for its prestigious universities and science centers.

Although Novosibirsk is safer than most Siberian cities, it does demonstrate moderate levels of crime across the board, including home robberies, carjackings, physical assaults, drug dealing, and property vandalism. The highest levels of crime are demonstrated within corruption and bribery with an index over 80.

The safety index for walking alone during the day is high at 74.20, and the city actually has a lot to offer to tourists. It’s brimming with architectural delights, like the Byzantine Alexander Nevsky Cathedral with its golden domes, and the expansive Novosibirsk Opera Ballet Theater bordering Lenin Square.

However, the safety of walking around at night drops significantly to just 33.87. Corruption and bribery are one of the biggest concerns in Novosibirsk. Armed robberies and violent attacks are rare, and it is especially unlikely for a foreign visitor to become a victim of a crime of such a nature. However, walking around at night through the dimly lit streets is asking for trouble and Novosibirsk is no stranger to street crime.

Avoid loitering in busy areas like the airport or train stations since pickpockets operate where people congregate. Always be sure to use a licensed, official taxi company too when getting around.

Another Trans-Siberian pit-stop and cultural melting pot, Ulan-Ude is nestled in Eastern Siberia and serves as the center of Tibetan Buddhism in Russia. Ulan-Ude iis also a gateway to the Trans-Mongoliian Railway and passengers can travel by train all the way to Beijing from the city via Ulan Bator.

Inexpensive, diverse, and culturally rich, Ulan-Ude is a safe haven for people of all religious backgrounds, and unlike some other destinations in Russia, the city is known for its tolerant population thanks to their multicultural backgrounds.

However, the city demonstrates relatively high crime rates, at an overall index of 60.29. This might not be in line with the peaceful Buddhist beliefs that dominate the population, but the crime can most likely be attributed to the high levels of poverty here.

Home burglaries, automobile crimes, drug dealings, property crimes, and corruption are all rife. Most citizens worry about these types of incidents on a daily basis. However, it’s relatively safe to walk around during the day, especially in the center, and visitors shouldn’t be put off because of its reputation.

Ulan-Ude is home to the huge Lenin Head monument, as well as the 18th-century Odigitrievsky Cathedral. To the north, you’ll find Datsan Rinpoche Bagsha, a Buddhist temple with gilded stupas and incredible views of the city. The site is an emblem of Ulan-Ude and its importance as a center of Tibetan Buddhism in Russia.

There’s also the City History Museum, set within a tea merchant’s former home, and the Ethnographic Museum, a great place to learn about the native Buryat peoples, a nomadic group related to the Mongols who make up a third of Ulan-Ude’s residents.

Nevertheless, Ulan-Ude attracts around 22,000 crimes a year, which is three times higher than the national average. Although most of these incidents don’t affect tourists, you should keep your wits about you in busy areas and keep your belongings close.

Yekaterinburg is notorious for crime and has been plagued by criminal gangs for decades. Although its reputation for safety has improved and an increase in tourism has helped the city to grow, some areas are still riddled with crime.

The overall crime index is 46.44, which isn’t especially high. However, certain neighborhoods are sketchier than others, demonstrating high levels of home robberies, carjackings, and muggings and the safety index drops to just 39.69 in the city at night.

Pickpocketing is a common issue, especially in busy, touristy areas and on public transport. Yekaterinburg is Russia’s fourth-largest city, located east of the Ural Mountains, so it experiences similar problems to any other urban hub. Yet with Yekaterinburg’s past struggles with poverty, it’s always historically been less safe than Russia’s capital and the bustling St. Petersburg.

Corruption and bribery are also persisting issues, consistent with most of Russia. However, as Yekaterinburg has grown to success as a cultural and industrial center, it has also used its gritty reputation to its advantage. The city is famous for its constructivist architecture and has been dubbed the national “capital of street art”.

Is Russia safe at night?

Russia is a relatively safe country, but this changes at night in most cities and we wouldn’t recommend walking around alone. If you’re leaving a restaurant or club late, you should avoid public transport, since incidents of petty theft are more likely when it’s dark and quiet, and take a registered taxi instead.

What is the safest city in Russia?

Nizhny Novgorod, the large metropolis on the Volga River in Western Russia, is the safest city in the country. Its best known for its 16th-century landmarks like the ringed Kremlin with its fortified towers and green-spired cathedral. It has a high safety index of 70.43 and low levels of most crimes. Still, Moscow and St. Petersburg, despite being the most well-known cities, are also very safe.

How many days do you need in Nizhny Novgorod?

Nizhny Novgorod is not a small city but it has a calm, slow pace and you can see most of the main sites in just a few days. We recommend spending 3-4 nights in Nizhny Novgorod to explore the Kremlin, the state art museum, the Cathedral of the Archangel Michael, and the riverside neighborhoods that line the banks of the Volga.