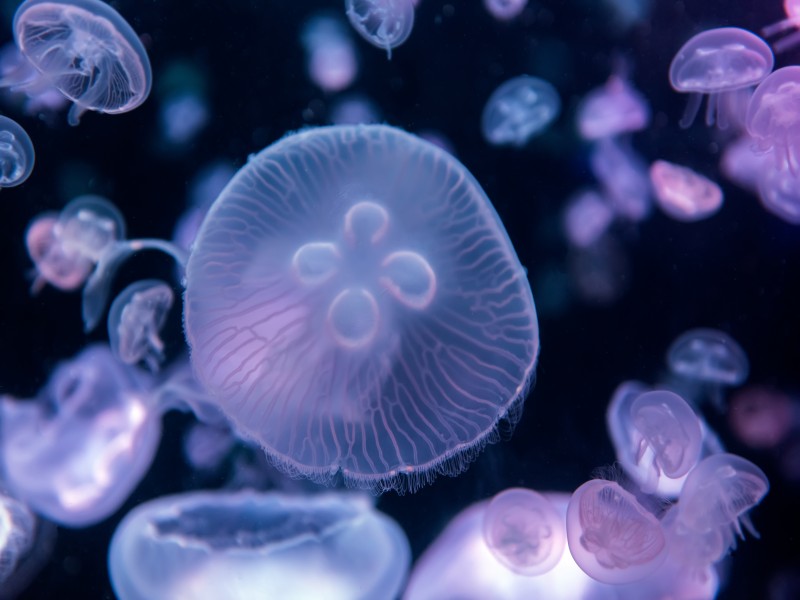 A string of Robinson Crusoe islands in the warm waters of the Indian Ocean, where honeymoon hotels converge on colorful coral reefs, the Maldives are known as some of the most upscale travel hotspots on the globe. But are there any dangerous animals in the Maldives that you should be aware of when you jet over for your slice of paradise?

Well…not too many. The good news is that the danger posed by the native fauna of these sun-kissed atolls and cays isn’t something that’s likely to impact your vacation. There aren’t any big and muscular mammals to worry about, and most travelers come away from the Maldives without experiencing a single perilous moment involving the native wildlife.

However, there are some dangerous animals in the Maldives. This guide runs through the lot of them, including those formidable stonefish and the slithering snakes that occupy the small pockets of coast jungle behind the coconut palms. Let’s take a closer look…

Stonefish are incredibly hard to spot, camouflaging themselves well against rocks and coral. They’re a brownish-gray color with blotches of orange and red. If you see anything that resembles a stonefish, then you’re advised to stay well away from it. Try not to provoke it.

If you do, you may end up triggering one of its dorsal fin spines. These are filled with venomous poison that will only cause agony if injected into your body. In fact, this venom is so toxic that the stonefish takes the title of the most venomous fish in the world.

In the past, this has led to countless deaths of visitors to the Indian Ocean. However, there is now an anti-venom treatment you can take. If consumed quickly, your risk of death is low. Nevertheless, this is a pain you’ll want to avoid.

Stonefish live under rock ledges, among coral reefs, and on the seafloor surrounded by rubble. When in any of these situations, be sure to check your footing carefully to avoid these spiny creatures. If you’re stung, seek medical attention immediately.

Like stonefish, the dangers of lionfish lies in their venom. Being stung is rare but it’s always a risk when traveling to the Maldives. Therefore, it’s essential to know how to spot these creatures, how to avoid them, and what to do when they attack.

Lionfish are very distinctive, covered in brown and white stripes. They get their name from their mane of tentacles and dorsal spines, which contain the deadly venom. From looking at photos of lionfish, you’ll quickly get to know what to look out for.

As defensive animals, lionfish only attack if they feel under threat. However, there are reports of them exhibiting aggressive behavior, since they’re classed as predatory animals. If you see one, swim quickly in the opposite direction.

You’ll know if you’ve been stung since this leads to nausea, dizziness, and fever. In the rare event that it happens, seek medical treatment to deal with the effects of the venom. Death is extremely unlikely nowadays but you’ll still want to treat the pain quickly.

Stingrays are feared by many travelers because of the famous and tragic death of Steve Irwin in 2006. However, just 17 deaths from stingrays have been recorded throughout history, making it a rare way to die. Regardless, this Maldive-based creature has the potential to cause real harm.

Stingrays are easily recognizable by their flat, round shape. If you see this floating pancake, then give it a wide berth. In particular, avoid the long tail that trails behind them. If threatened, this tail will whip you in an attempt to pierce you with a sharp spine. As it does so, it releases venom into the open wound.

If this occurs, then find some clean water to try and flush the poison out of your body. Very hot – not boiling – water can ease some of the pain. You can then use tweezers to carefully remove the stinger. Do this while you wait for a medical professional who can provide the right treatment to nurse you back to full health.

The snakes you’ll encounter are hardly the most dangerous animals in the Maldives. There’s one that you should be wary of, though: the Indian wolf snake. Unlike fish, it’s not venomous. However, it can be aggressive and has been known to attack humans.

With their large fangs, this slippery fiend loves to bite. The resulting wound is unlikely to be serious but it sure will hurt. If not properly cleaned and treated, it could also become infected. In general, it’s best to simply avoid going near the Indian wolf snake.

They can be hard to spot because they’re generally only active at night. This is made worse by their dark black and brown scales, which they use to hide from prey and attack before the victim realizes their presence. Often, though, they’ll have a series of white stripes down their body. This helps you identify and, ultimately, avoid these dangerous snakes.

Moray eels may look cute but they shouldn’t be handled. Doing so could leave you with a pretty serious bite. Fortunately, these creatures aren’t venomous. That means that an injury almost certainly won’t lead to death. It could be painful, though.

Most bites will be a minor annoyance. It will itch but you won’t fear for your life. Some can be quite serious, though, and may even require stitches. Like any flesh wound, these more serious injuries need to be cleaned and treated right away to avoid infection.

Despite being a member of the fish family, eels more closely resemble snakes. They’re long, thin, and legless. The head is very snake-like, too, but you won’t want to get too close to it. Eels have incredibly sharp teeth that they use to defend themselves.

Although they look more like plants, coral is indeed an animal. Moreover, it’s one of the most dangerous animals in the Maldives. Inexperienced divers often don’t realize the risk of going near coral and are, therefore, at risk of being seriously hurt.

First of all, there’s the risk of being scraped. Coral often has a soft surface but below this, it’s rough as a rock. If you swim too close to it, a coral can scrape your skin and leave a nasty wound. In many cases, this can take months to fully heal.

Like other sea-dwelling animals, coral also has the ability to sting. This won’t be fatal but can lead to an unsightly rash. If left untreated, this can begin to swell and blister, causing pain and discomfort for days or even weeks to come. Make sure you go scuba diving with an experienced instructor who will let you know which types of coral are able to sting you. In either case, it’s important to be aware of your surroundings and try not to get too close to coral.

If you plan to dive in the Maldives, then you’re bound to come across plenty of barracuda. For the most part, they don’t want to cause you any pain and will generally leave you alone. However, they have a reputation for being overly curious and may come swimming towards you.

At this point, it can be tempting to pet them or play with them. They’re not interested in that, though. They’re wondering if you might be food and could well take a chunk out of your flesh. This can range from a tiny nibble to a serious wound. You won’t die from a barracuda bite but the resulting infection could be more serious.

As scavengers, barracuda like to follow large predators in order to steal their kills. Since they often mistake humans for predators, they like to follow divers around. Try not to let them get too close, though, because you may leave with a gruesome gash.

What is the most dangerous animal in the Maldives?

If you spend a lot of time diving, then venomous fish are undoubtedly among the most dangerous animals in the Maldives. In particular, look out for stingrays, lionfish, and stonefish, who may attack if provoked. Other animals like eels, barracuda, and snakes are not venomous but aren’t afraid to bite.

Are sharks in the Maldives dangerous?

Although there are over 500 species of shark living in the oceans, there has never been a shark attack in the Maldives. Sharks won’t be interested in you and will simply swim away if you come near them.

Are there crocodiles in the Maldives?

Although incredibly uncommon, there have been instances of crocodiles being spotted in the Maldives. It’s unlikely but there’s a slight chance that you’ll spot a saltwater crocodile during the Northeast monsoon. It will have swam over from its home in India.

Are there any venomous snakes in the Maldives?

No, venomous snakes don’t exist in the Maldives. You may encounter the Indian wolf snake, which, despite its imposing fangs, is entirely nonvenomous. 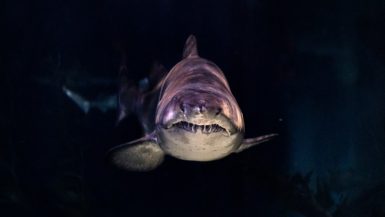 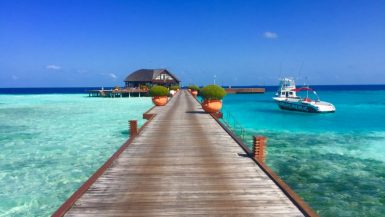 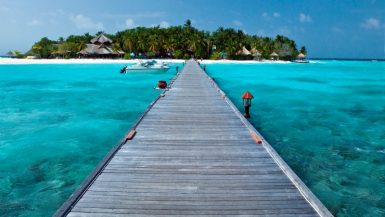 5 Days in the Maldives: The Ultimate Short-Stay Itinerary