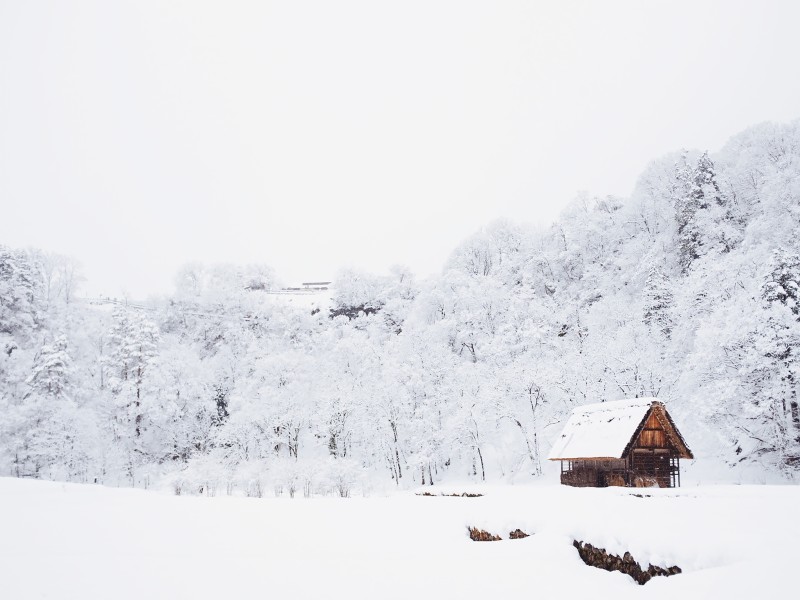 Deep Snow And Ski Towns: The 5 Coldest Places In Japan

Ah, Japan. Land of mystical Shinto shrines, home of ever-bustling Tokyo, soaring Mount Fuji, and the cherry-blossoming parks of Kyoto et al. Millions of travelers flock to this corner of Asia each year to get their fix of spicy noodles, world-class sushi, enthralling Shogun history, and a whole load more. But did you know there are also some super-chilly spots. Cue the coldest places in Japan…

This guide is all about going sub-zero in the home of udon and sumo. It will whisk you to the soaring heights of the snow-gathering mountains of the nation, and up north to where the ski slopes roll down the volcanos, all on the hunt for the destinations that regularly leave folks shivering and reaching for the thermal underlayers.

Naturally, you’re likely to find that all of the coldest places in Japan mentioned below are at their absolute coldest in the winter months. They run between November and March in these parts, which also happens to be the ski season. Come the summer months, some of the destinations we mention can even transform into balmy getaways as the snow melts and the icy temps are replaced by sunshine.

Rikubetsu is a cut-out of central-eastern Hokkaido island. It’s considered to be the coldest region of Japan thanks to its strikingly chilly temperature averages. Yep, come here expecting long, long winters that run from October to April. Throughout that whole time, it can be unusual to see thermometers even reading in the positive. Don’t believe us? Take the daily mean temp – that’s the average daily temperature – for the whole of January. It’s a teeth-chattering minus 11 C (-4 F!). Whooo.

There are brief spells of warmth to be found in the Rikubetsu region. They don’t last all that long. Balmy summers when the temp gauges can hit around the 35 C (96 F) mark at their absolute peak come in June, July, and August. But even then it’s possible to see the likes of just 1 or 2 degrees in the evenings, so be sure to pack the woolies.

The town of Rikubetsu is the main hub of the area. It’s a relatively sleepy place compared to the popular ski centers of northern Hokkaido island. However, it sits in the midst of some seriously nice natural landscapes, which surely hit a zenith with the Akan-Mashu National Park that runs out to the east. Go there and you can hike pine-laced mountains and see lakes that get caked in ice during the winter months.

Also on the northern, snow-sucking island of Hokkaido, the town of Asahikawa bears the dubious honor of having seen the lowest temperature ever recorded in Japan outside of a major mountain summit. Yep, it’s fair to say that things get pretty darn gnarly here when the winters swing around. Weather stations have clocked a ridiculous -41.8 F (that’s -41 C) in the past, while stories are still told about the winter of 1909, when the thermometers simply didn’t rise above -9 F (-22 C) for a whole day in January.

Asahikawa really does embrace its colder side, though. The town is known as Ski Resort City. It sits in some of the most snow-sure parts of Hokkaido, an isle that’s pretty darn snow-sure anyhow. There are at least three major ski centers within easy travel distance, including the larger Kamui Ski Links and the relatively small and family friendly Asahidake, which has just a single lift.

Asahikawa itself is a mid-sized core city of Japan. It’s home to just over 330,000 people and has recently been named a UNESCO Design City for its prestigious tech universities and wealth of creative start-ups. You also simply cannot leave without sampling the uber-famous Asahikawa ramen. It’s a taste-brimming dish that combines bamboo shoots and pork, raw onions and boiled egg, all tossed in oil and mixed with trademark yellow noodles. At the very least it’s a good body warmer when things get cold – as they ALWAYS do in these parts!

Sukayu Onsen stands out on this list because of one particularly enticing stat (at least if you’re like us and love those winter sports): It’s the single snowiest place in Japan. Scratch that. This is the single snowiest inhabited place on the whole of planet Earth. Come the colder months, a freak climactic phenomenon known as the Aleutian Low helps to bring a nigh-on ridiculous 17.5 meters of the white stuff over this far-flung Hokkaido mountain town.

Perhaps a bit strangely, the region around Sukayu Onsen isn’t as well known for its ski centers as other parts of big Hokkaido island. But it is an upcoming destination for off-piste ski travel, Nordic skiing, and ski touring, for which there are now plenty of outfitters based in the small town itself.

But back to the temps…there are sub-zero readings to match the snow, of course. We’re talking winters that see it drop to 0 F (-17.8 C) or thereabouts fairy regularly from late November to March. Daily means for the winter season even hover around the 23 F (-5 C) mark. Summers, on the flip side, can be quite balmy and even humid here – peaks have been measured at about 80-86 F!

Just as the name implies, there’s a hot spring to help you warm up when the weather takes a turn for the bone-chilling. It’s even been called “Japan’s best ski onsen” and it’s a whopping 300 years old. Look for it around the base of nearby Mt Hakkoda.

Sapporo has to have a place on our list of the coldest places in Japan, because it’s surely the coldest major regional capital and big city in the country. More than that, though, it’s home to the legendary Sapporo Snow Festival, a blowout of all things frozen water that happens annually in the center in early February.

We’ll get to the festival itself in a second. First: The temperatures that make the event possible. Despite officially having a humid continental climate, this big city has long winters where the thermometers can dip to as low as -19.3 F (-28.8 C) – that’s the same as at the top of Mount Fuji but in a major metropolis! More commonly, January and February temperatures are around the 20.5 F (-6.4 C) mark.

Back to the snow fest…Sapporo’s big winter shindig is a truly amazing experience. Drop into town when it’s on and you’ll be treated to visions of some of the most incredible ice sculptures you’ll ever lay eyes on, forged and carved by some of the world’s finest ice artists. There are also food stalls, music shows, and late-night parties fueled by the local Sapporo beer, Japan’s favorite.

Fuji-san, the mighty overlord of Honshu island and the tallest peak in the whole country, surely deserves a mention on this list of the coldest places in Japan. It’s so darn high – a whopping 3,776 meters above sea level, no less – that it pokes up into climactic zones that would make the T-shirt wearing folk at base level shiver with the chills for sure.

In fact, the coldest temperature ever recorded at the summit of Mount Fuji was a deep-freeze -36.4 F (that’s -38 C) back in 1981. But it’s not unusual for it to get that cold at the pinnacle. Temperatures are normally in the sub -20 region at the top throughout December and January, while the all-time highest temp ever recorded come the summer months only managed to squeeze just past 64 F (17 C).

All that means that there’s snow at the cap of Fuji for much of the year. Some seasons can see up to seven months of the white stuff soaring over the mountain ranges here. There are such regular dumps of powder that there are even two fully fledged ski fields around the slopes of the peak: Fujiten on the north side and the Fujiyama Snow Resort Yeti on the south side.

We’d say that Mount Fuji is a must-visit whether it’s gleaming white and enduring those winter sub-zeros or not. This is one of the veritable icons of Japan and East Asia as a whole. Sadly, you won’t be able to do the famous Fuji summit hike until the thaw in spring, with trails usually opening completely by June and shutting in September. But there are fantastic photo opportunities from towns like Lake Kawaguchi and Fujiyoshida that are fantastic no matter the month.

The coldest places in Japan – our conclusion

There’s no doubt about it: Japan can get very cold in the winter. Yep, the coldest places in Japan have measured temperatures that go as low as -41 degrees. That’s proper freezing beards and breath sorta’ territory. Most of them are located in the northern Hokkaido region of the country, which is actually famed around the planet for its amazing snow coverage and ski resorts. But you’ll also find some chilly locations at the peak of snow-gathering mountains further south, even near to the hustle and bustle of the big Toyko megalopolis. 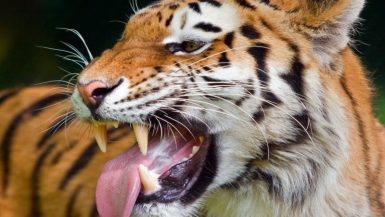 Most Dangerous Animals in Japan: 7 Species to Look Out For