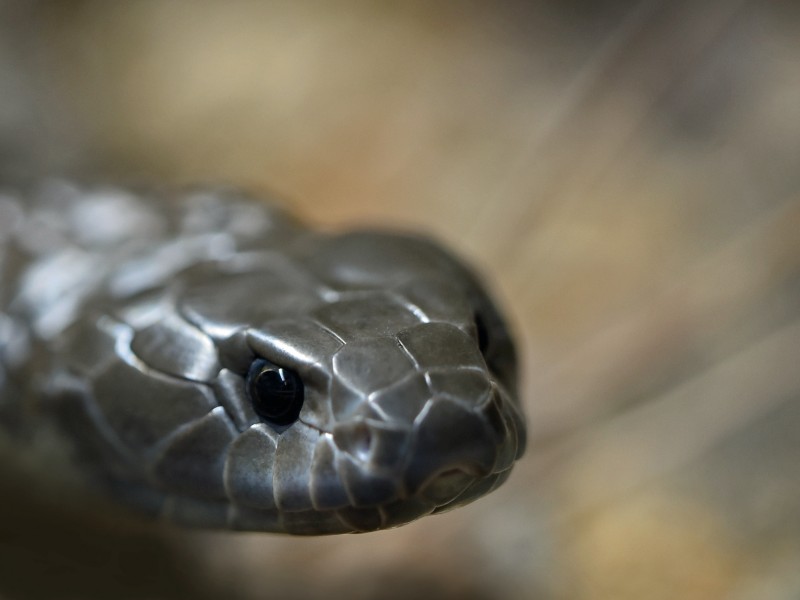 The 7 Most Venomous Snakes In Israel To Know About

So, you’re wondering about the most venomous snakes in Israel, eh? We can only guess that you’re planning a bit of an adventure to this dusty, desert-clad corner of the Middle East. It’s a good question to ask, too, since there are quite a few slithering critters in the home of hummus that can pose a potential threat to humans.

Mhmm, from the dreaded horned viper to the elegant sand viper, you’ll find a whole bunch of snakes between the Egyptian border and the Golan Heights that might just be dangerous. The good news is that snakebites are relatively rare in the country, especially compared to destinations like India. Something around 300-400 bites per year is normal, with just 0.7 people dying each year.

This guide to the most venomous snakes in Israel will home in on a number of the species that we think you should be wary of if you don’t want to end up in those statistics. They are almost ALL vipers and ALL have the power to cause serious harm to humans in the land of buzzy Tel Aviv and history-steeped Jerusalem. Let’s begin…

The desert horned viper is the bane of Saharan Africa and the Middle East. It has a range that takes it from Syria and Jordan all the way to Egypt and even as far south as Sudan. Israel, sadly, also happens to be part of that, so this is certainly one of the venomous snakes that you might encounter after exploring the Temple Mount and the happening promenades of Tel Aviv.

Highly adapted to living in sandy environments, these guys are known for their so-called sidewinding, a sort of movement that involves gliding across the dunes in an almost sideways motion. They also have a beige-brown color scheme that really helps them blend in with the Arabian sand seas and deserts.

Aggressive by nature, they are skilled ambushers who lie in wait for potential prey behind rocks and outcrops. Any humans unlucky enough to get bitten should seek antivenin right away, since the toxic venom here is enough to cause necrosis of the flesh, uncontrollable bleeding, nausea, and even death.

Mhmm…Echis coloratus have arguably the most powerful and potent venom of any snake in the whole of the Middle East. That’s borne out by the stats, which show that there are more deaths from snakebite on account of this critter than any other snake in the whole region. To make matters worse, they are very aggressive and eager to attack whenever they feel threatened.

Painted saw-scaled vipers are among the lightest of all the group. They have a pale, pinkish body with clear brown markings running the whole way down the back. The head is small, with bulbous eyes protruding from the sides of the face and a rounded, stout snout that’s difficult to spot amid the sandy desert.

Bornmueller’s viper is also known as the Lebanon viper. That’s because the snake has a very small geographic distribution that sees it make its home in the highlands of Western Asia, amid the cedar and pine woods of the Golan Heights and the borderlands between Syria, Lebanon, and Israel. To be honest, they aren’t regions you’re likely to visit and the snake is endangered to boot, which makes sightings extremely rare.

If you do spot one, look out for the dark and dusky coloring, which runs a musky brown or grey from tip to tail. The head is small but distinctly triangular in true viper fashion. Most individuals grow to something in the region of 70-80cm at full adulthood, though males can be a touch longer.

Very little is known about the venom of the Bornmueller’s viper. Scientists assume it’s got some sort of potent stuff hidden away behind the fangs simply because ALL vipers do. However, no one’s sure if it’s deadly or mild and we’re not going to volunteer to be the ones to find out!

The Israeli mole viper has to be one of the most remarkable and unusual of all the venomous snakes in Israel. For one, it hardly looks like its viper cousins at all. Then you hear that it’s not, technically a viper at all. Instead, this one hails from the lamprophiid family of serpents, which are more closely related to colubrid snakes like racers and whip snakes.

Once glimpse of it and you should see the difference. Atractaspis engaddensis are jet black from end to end, without a single dash of lighter color anywhere on the body. They have a small, compact head that actually looks just like the tail end of the snake, so it can be super hard to know which side is which. The eyes are small and inset. They grow to around 70cm at full adulthood.

Venom wise, these guys are a formidable customer. Even a tiny amount is enough to cause death in humans. It’s a cocktail of strange sarafotoxins and neurotoxins that messes with the proper operation of the nervous system and eventually causes vital organs to simply give up.

The Saharan sand viper is closely related to the desert horned viper listed above. You can see the similarities at a glance – the way the scales point the same way against the grain of the body, the coloring of beige-brown that helps them blend into the deserts of the Levant and Sinai. The only clear difference is the absence of the horns that make the latter species so famous.

Sadly, Cerastes vipera also shares a similarly potent venom with its cousin. Not too much is known about the effects on humans, but scientists do think a bite from one of these guys can lead to a drop in blood pressure and heart rate, along with serious swelling around the site of contact.

The only part of Israel where you’re likely to meet a Saharan sand viper is the extreme southern portion of the country, from the borders of the Gaza Strip to the edges of the Red Sea near Eilat. In fact, that’s the very extremity of its range, which spreads west into North Africa and the Maghreb, all the way to Morocco on the Atlantic.

The blunt-nosed viper is a regular of the Middle East and Israel. However, it has a spread that sees it pop up in northern India and North Africa, too. They generally like to live in lusher parts of the country, where there’s light tree coverage and good water sources. That makes the northern and central regions the highest risk of all.

Just as the name implies, the main focal point of this viper is the blunted nose. It fronts a small, diamond-shaped head and even appears to curl up a little like a Dutch clogg at the end. The patterning is also distinct – you’re looking for a greyish-blue back with clear orange markings running perpendicular to the body the whole way along.

The venom of a blunt-nosed viper is not good news at all. A study of a group found in Dagestan revealed that they routinely inject enough to kill a human in a single bite. Symptoms include disturbances to blood flow and increased blood pressure, which can eventually lead to complete shutdown of the kidneys.

Beware the field’s horned viper if you’re planning on venturing to the dusty bluffs and table-top mountains of the wadi-carved Negev Desert. That incredible portion of Israel is just about the heart of this snake’s, range and they have arguably the best camouflage of any of the serpents on this list to boot…

Yep, the whole of this snake is a light, sandy yellow color. Even the eyes are deep set in the head and tinted a touch of mustard. Spotting one in the wild is a challenge in itself – like finding the proverbial needle in the proverbial haystack, or, better yet, the sandy snake in a sea of sand dunes!

There are two subspecies of the field’s horned viper currently present in Israel. One of them has a much stronger venom than the other. However, the venom of both subspecies is pretty much immune to the effects of antivenin treatment, so prevention really is the best cure here, folks!

The most venomous snakes in Israel – our conclusion

There are quite a few venomous snakes in Israel that we think would-be travelers to the land of mezze and majestic desert landscapes should be wary of. Almost all of them come from the viper family, which is a tree of snakes that are ALL venomous. However, there are also more curious customers like the Israeli mole viper (mhmm…not technically a viper!). The bulk of the snakebites here occur in the central region, while some venomous snakes are only present in the more rural desert areas of the south, or the cooler mountain regions of the north.