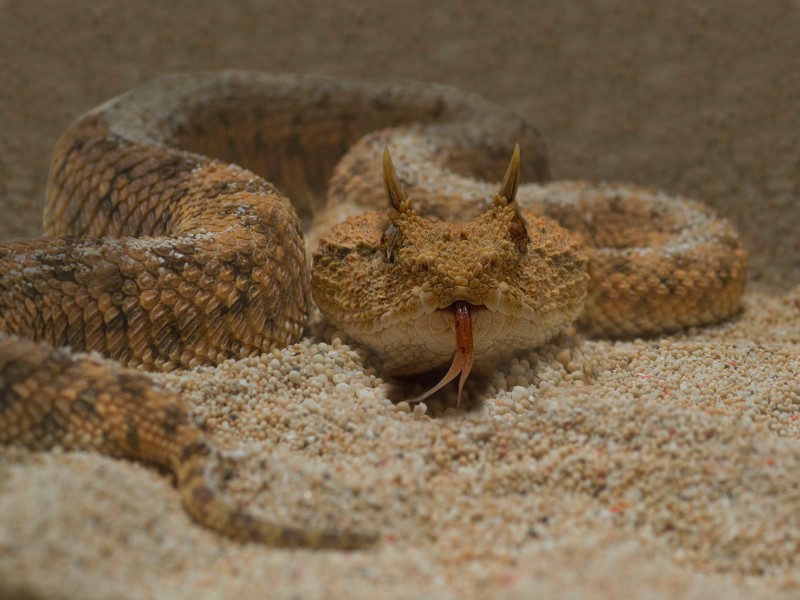 Cue this guide. It focuses on seven of the deadliest serpents in the Rainbow Nation. It’s got some seriously formidable critters, from the infamous black mamba – which some say is the deadliest snake on the whole planet! – to lesser-known species of spitting cobras and cape snakes that are only found in this part of the continent.

The good news is that snakebite deaths remain relatively rare in these parts. Despite there being around 20 venomous snakes in the country, including all of the most dangerous snakes in South Africa listed below, only 10-12 fatalities are reported each year. Still, it always pays to be aware and know the creatures you might encounter. So, here goes…

The black mamba is a snake that’s long inspired fear in the hearts of humans. And for good reason. Many think that this is the single deadliest serpent on the whole planet. A unique combo of a highly potent venom (which we’ll get to below) and a penchant for putting up a fight means that it’s often the cause of pretty bad bites in the land of the rolling safari plain. In fact, some estimations put it that a whopping 33% of total bites from these critters end up proving fatal!

The second-longest venomous snake on the continent, mambas can clock up over four meters at full adulthood. They are noticeable for their grey-milky color scheme, which runs the whole body from top to tail. The name actually comes from the interior of the mouth, which is stained with dashes of black on the palette and around the all-important fangs.

So…to the venom. An attack from a black mamba is swift and extremely potent. The victim will often feel nothing immediately after the bite, since there’s rarely localized swelling and pain. Then, all of a sudden, the nervous system will begin to shut down, leading to blurred vision, pins and needles, vertigo, and eventual organ failure. It’s not pleasant. Not pleasant at all.

Boomslangs are a member of the Colubridae group of snakes, which tend to be less dangerous to humans overall. Not so here. This creature is unique in its genus is that it’s capable of opening its mouth past the 150-degree mark. That lets it get complete coverage with its unusually large fangs and inject a whole load more venom than most of its near cousins.

Growing to something around 1.5 meters, these guys tend to be arboreal, meaning they prefer to live up in the trees. They’ll occasionally come down to ground level to hunt but are rather slow-moving and their camo – a mix of mottled moss and vibrant lime green – is better suited to being among the leaves.

Known to be shy snakes, most accidents with a boomslang occur when people attempt to handle them. A lot of the deaths that have occurred from their bites in South Africa and abroad came before scientists even knew they were significantly venomous. It was a juvenile one of these that claimed the life of famous American herpetologist Karl Patterson Schmidt, for example.

There’s also an argument to say that it’s the puff adder, not the aforementioned black mamba, that you should be most fearful of when you touch down in South Africa. The reason? This is the snake that’s responsible for the highest overall number of snakebite deaths on the continent. It causes hundreds of deaths per year across a whole number of countries.

However, some caveats: The puff adder also happens to be one of the most widespread snakes in this region. You’ll find it living all the way from the dusty steppes of the Sahara Desert to the edges of the Arabian Peninsula, including all the way through the Rift Valley to the elephant-stalked plains of South Africa itself. Basically: It’s everywhere and that means more human-to-snake contact.

A member of the viper species, puff adders usually have brown and beige markings down a relatively stout body. They will change from region to region, but the size won’t – this is a meter-long snake more or less, with a diamond-shaped head. They are good swimmers and very defensive, usually adopting a hissing pose before striking would-be victims.

The cape cobra is named as such because its main stomping grounds are the capes and fynbos hills of South Africa. In fact, the extent of this one’s whole territory is roughly in line with South Africa as a whole – there are only small pockets of populations to be found on the savannahs of Namibia, Lesotho, southwestern Botswana, and in Mozambique.

Very noticeable on account of their mustard-yellow and brown coloring, Naja nivea snakes typically grow to around 1.4 meters but can also be a touch longer than that, particularly in the northern parts of their range near the border with Namibia.

Known to be aggressive, they will assume the classic cobra defensive pose and fan their wide hood of scales prior to attacking. Venom wise, this one most certainly is not to be messed with. They have a strong mix of neurotoxins and cardiotoxins that can kill an adult human in less than an hour. Thankfully, there’s an antivenom but it does need to be administered quickly!

The Mozambique spitting cobra sits just about as high up the list of the world’s venomous snakes as the worst of America’s rattlesnakes. That should put things into perspective a little. Suffice to say it can kill a human and pretty darn fast. This one also has a trump card: It doesn’t even need to get close to do the damage. Just as the name implies, they are able to project their venom up to a meter or more. Yikes!

The good news for travelers to South Africa is that the Mozambique spitting cobra is only thought to inhabit a specific corner of the Rainbow Nation. That includes the dry and dusty northern canyons past Pretoria and the whole of the Kruger National Park (sorry if that was your safari go-to!). The bad news is they are known to be exceptionally temperamental snakes that will bite first and then flee. Don’t get close!

The forest cobra – the largest of the known cobra species on the planet – can be found in a very limited sliver of South Africa. That includes the highly wooded reaches of the Eastern Cape and the lusher lands that run along the Southern Ocean on the south side of the country. It also extends up to the iSimangaliso Wetland Park and the savannahs of KwaZulu-Natal.

Capable of hitting over three meters in length, these guys are relatively easy to spot. Or at least they would be were it not for their excellent camo patterns. You’re on the lookout for a dashing of light, ivory white and darker moss greens, which is just about perfect for blending into the greenery of the safari parks and whatnot.

There’s good news and bad news when it comes to the venom here. The good news is that it’s not the strongest around. The bad news is that the snake injects some of the highest yields of venom of any on this list – a whopping 1,100mg in a single bite in some cases. That’s enough to kill a human in less than an hour!

Last but most certainly not least: The rinkhals. Notice the Latin name here: Hemachatus. That designates the snake outside of the official cobra tree, although it looks, acts, and seems a whole lot like a cobra. Yep, you get the hooded fan, the defensive displays, and – of course – the venom. But there are also some key differences. Take the coloring as an example, which resembles that of a pit viper with its striped patterns and geometric lines.

Living between the Western Cape and the Eastern Cape of South Africa, these serpents are known to hunt around wetlands habitats where they prey on small lizards and amphibians. They are able to spit their venom some distance, causing swelling and burning sensations in victims without even getting near. A bite can be a lot worse, involving neurotoxic venom that could be potentially fatal.

The most dangerous snakes in South Africa – our conclusion

There’s a whole load of serpents that could command a place on this list of the seven most dangerous snakes in South Africa. But we’ve whittled it down to the ones that we think really are the beasts to watch out for. They include the fear-inducing black mamba and the puff adder, which together are known to kill hundreds of people each year around the continent as a whole. There are also spitting cobras and well-hidden forest snakes that you’ll need to keep your eyes peeled for as you hit the safari trails. 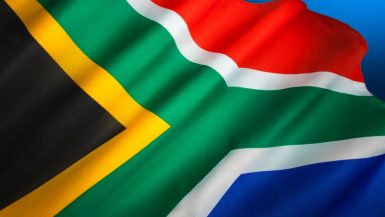 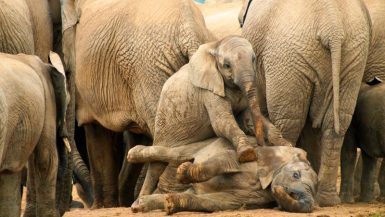 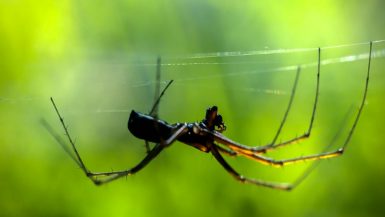 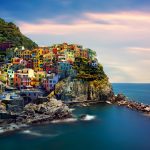