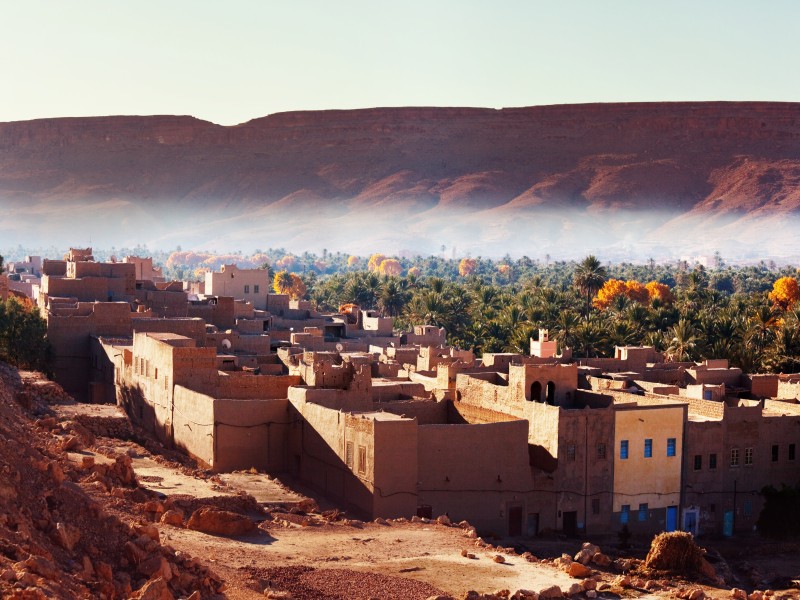 If you’re wondering how to travel between cities in Morocco then we can only guess that you’re planning a once-in-a-lifetime jaunt to this amazing corner of North Africa. And we really do mean amazing. Everything from snow-capped Atlas peaks to shifting Sahara dunes meets here, along with surf-bashed beaches and ancient medina towns where snake charmers do their thing. It’s sure to be an enthralling experience.

But, how to get around? Well…it’s actually rather easy. Morocco has risen and risen in the last 20 years or so to become a pretty popular travel destination, largely thanks to the abundance of low-cost airlines that now jet over from Europe, but also because of the booming city-break, surf, and hiking scenes in the country. That’s gone hand in hand with some milestone infrastructure projects, and now it’s really not that much of a chore to whiz from Fez to Marrakesh, Essaouira to Agadir.

This guide will take a deep dive to outline how to travel between cities in Morocco. It’s got info on the train routes, the buses (both local and tourist buses), taxis, and even planes, all of which can help you hop from A to B during your 2023 Moroccan odyssey. Let’s begin…

We’d say that the train should be your first port of call when looking to trade one city for another in the home of the spice-scented tagine. The country’s network is actually one of the most comprehensive in the whole of Africa. Routes link up most all of the major cities, starting with Fez and Ouja far out in the east. The only bits of the nation not yet covered by railways seems to be the extreme west along the Atlantic, but there are routes in the pipeline that are expected to be completed sometime around the early 2020s.

Moroccan trains are – for the most part – comfortable and pleasant. They usually have the traditional European compartment format and every passenger will be designated a specific seat, which you’re expected to stick to for the duration of the journey. Fares vary depending on the journey you want to take and the class you’d like to travel in, but, as a ballpark, you’re looking at about 150 MAD ($14) for a normal day train of about four hours and more like 399 MAD ($38) for a high-speed connection.

Talking of high-speed connections, Morocco can now boast the first and only high-speed link on the continent. It’s known as the Atlantic Line and it links up Tangier with Casablanca in less than two hours, on locomotives that travel in excess of 300 kilometers per hour. Trains between other cities will be slower than that, and aren’t always the most punctual. You’ve been warned!

Buses should be seen as the option for getting to spots where the train lines simply don’t go. There’s a wanderlust-stokingly encompassing network of services run by a duo of companies, though. The first is Supratours, who are actually owned by the national railway authority, ONCF. The second is CTM, who probably have the slightly larger array of destination options.

There are some very good pluses to going by bus. First off, they’ll help you get to the places that the trains can’t. That means far-flung Saharan towns (Ouarzazate), more off-radar coastal escapes (Essaouira), and hidden mountain towns (Imlil, Chefchaouen). Second, they tend to be very cheap. We’re talking a couple of dollars for even the longest routes, and never anything that’s likely to break the bank. Third, they are generally seen as safe, comfortable options.

Those are the commercial buses. There are also local buses known in Morocco as Market Buses. They are little more than a minivan and they’ll undertake the even more off-beat routes. They get their name because they tend to hang around marketplaces to gather passengers and only leave when the whole bus is full. They are fun ways to travel, offering a real insight into local life, but rarely get to places on time and certainly aren’t the comfiest.

It’s actually possible to put together a whole Morocco trip using just taxis. Private cars in these parts are nowhere near as pricy as they are just across the Med in Europe. In fact, if you’re traveling as a group of four then sharing the cost of taxis from town to town can sometimes be comparable to taking bus and train combos, with the added bonus of being faster and more private.

For example, we recently paid 400 MAD to get from a small surf village near the coastal town of Essaouira to a remote hotel up in the Atlas Mountains. It was at least a three-hour drive, and we had a pick-up and a drop-off in a location that buses simply would never get to.

There are also shared taxis on offer in Morocco. They are known as grandes taxis and they operate on unfixed schedules between major cities. Tickets are sold on a first-come, first-served basis but the driver won’t go until the whole minivan is full, so expect some long waits at your departure point. Of course, you can always speed things up by offering to pay for all the spare seats and it’s often less than a private taxi hire would be anyhow.

Morocco doesn’t have the greatest internal flight network. Yes, the likes of Ryanair and easyJet can now whisk you over from London for as little as $40 one way, but they don’t yet offer Morocco-to-Morocco flights for the same bargain rates. That means the legwork is left to the national flag carrier Royal Air Maroc and the budget carrier of Air Arabia, who run a few routes between major towns and also one or two out to more far-flung destinations in the Sahara Desert and beyond.

The obvious downside here is the impact on the environment. That’s balanced out by MUCH shorter journey times on key routes – some flights will cut down your travel time from something near to 10 hours to less than one hour! That said, you will have to add on the time taken in the airports both sides and then the cost and hassle of organizing transfers from the airport to your hotel once you’re on the ground.

Booking planes is super easy. It’s one of the few modes of transport in this guide to how to travel between cities in Morocco that offers 100% online ticket purchasing, which you can do from the comfort of your hotel or home long before you even touch down in the land of tagine and camel caravans.

How to travel between cities in Morocco – our conclusion

If you’re planning a jaunt to the Atlas Mountains and the bazaars of Marrakesh but are worried about how to travel between cities in Morocco, our two cents is: Don’t be. There are a whole host of ways you can navigate from A to B in this corner of North Africa.

First off, there’s a fantastically comprehensive train network that links up many of the most famous towns, from Fez in the east to Marrakesh and Agadir on the coast, plus there are planned extensions to make it even better in coming years.

If trains don’t go to where you want to be, then you can almost certainly score buses. If not, pay for a private or shared taxi – the price is rarely astronomical and you’ll be driven straight to the door of your chosen hotel. Easy.

What’s the best way to travel around Morocco?

We think the best way to travel around Morocco is on the national train network. Trains here are comfortable and serve most of the major cities – Casablanca, Marrakesh, Tangiers, Fez. You can now book them online via agencies like 12Go.asia. Or simply head to a station in Morocco the day before you want to depart and buy with cash. That’s the simpler way to do it.

Are there high-speed trains in Morocco?

Yes, Morocco actually has the first high-speed train link in the whole of Africa. It currently connects the historic coast town of Casablanca with Tangiers up north, allowing for good links to the ports that have boats coming and going from Europe. The trains that run on the line are called Al-Boraq trains and they are able to travel over 300 kilometers per hour at their top speed!

Is it expensive to travel between cities in Morocco?

That depends how you want to travel. The most expensive ways to go are probably by plane or by private taxi, however you’re still looking at around $40 per trip, so it’s not break-the-bank stuff. The cheapest way to get from A to B is in shared Market Buses, which charge $1-5 for rides to remote towns that the commercial buses don’t tend to go to. 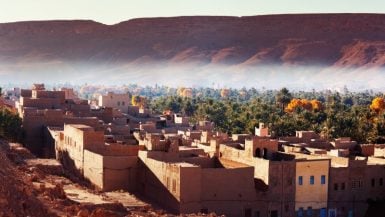 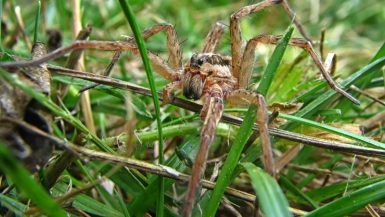 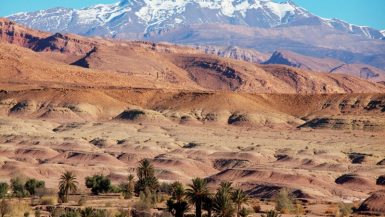 13 Things for Tourists to Avoid in Marrakech